1:58 PM on 12.09.2012 (server time)    0
I've discussed Slender and Slender Man's Shadow in the past, but in their wake has come a veritable onslaught of independent, free games flying a banner of "horror" and trying to get a piece of the YouTube scaredy-cat pie. In an effort to not afraid of anything, I've played a fair amount of them, and here's a rundown of some of the titles getting kicked around in the dark. 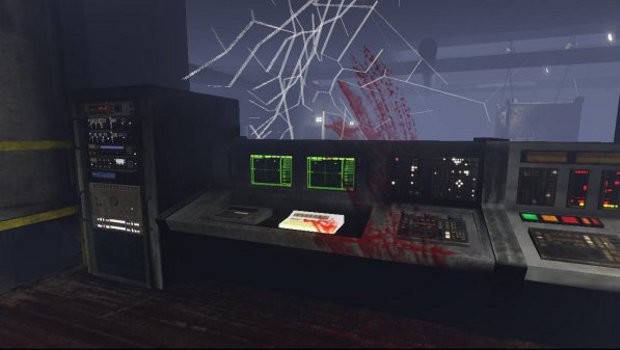 Lauded by some horror game fans as one of the best indie scares out there, Erie drops you into an abandoned power plant where something terrible has, or perhaps still is, happening. Relying on repeat playthroughs to find optimal routes for avoiding whatever it is that stalks you through the plant's halls, Erie unfortunately succumbs to the growingly tiresome trope of turning a sneak for your life into a collect-a-thon. However, the collectibles scattered throughout the facility do a nice job of fleshing out the game's story, which is more than can be said for the pages in Slender or most other Slender-Man-inspired games, so they're worth going out of the way to obtain. This game also gives one of the best feelings of being completely and utterly screwed once the monster is on your trail, making it quite a bit scarier than some of the other games here.

This is just a sampling of some of the free horror offerings out there, and expect a follow-up or two once I get through a few more; for instance, I was going to do a section on creepypasta-based The Theater, until I learned there were two versions and I may have been playing the less polished (and more crash-tastic) of the two, and I'd like to give the other one a chance. Even with the less engaging ones, it's nice to see more aspiring gamemakers trying their hand at the horror genre, and reliance on the increasingly overplayed Slender Man card being slowly shunted aside for some truly original frights.
#ShareonCommunityBlogs
Login to vote this up!