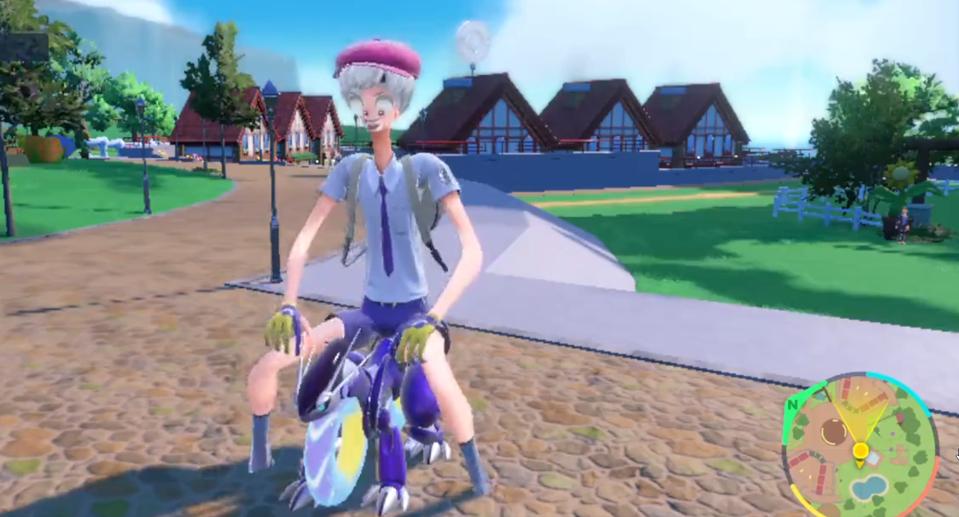 The reaction to Pokemon Scarlet and Violet has been… mixed. There’s certainly a lot of fun to be had still. If you’re not bored of catching and battling increasingly screwed up looking monsters in order to be the best like no one ever was, this game’s got a ton of that to go around. On top of that, it’s a big open world that you can play completely cooperatively with up to four friends. Go out and catch Pokemon together or just do your own separate stuff and get little notifications about what your buddies are up to. It’s awesome. But what’s not so awesome is that the game looks like a launch title for the GameCube and plays like a bad launch title for the GameCube.

I’ve never been a snob for graphics in gaming. I literally own a Playdate. Similarly, frame rates have never been high on my priority list either. When it was announced that Gotham Knights was going to run at 30fps on consoles, I simply shrugged my shoulders. The chances of me buying and playing Gotham Knights were already pretty low but at least I can say that the frame rate controversy didn’t make them any lower. But something occurred to me as I was walking through a town in Violet and every NPC was moving at about 10fps and and had the graphical fidelity of a character from ReBoot. 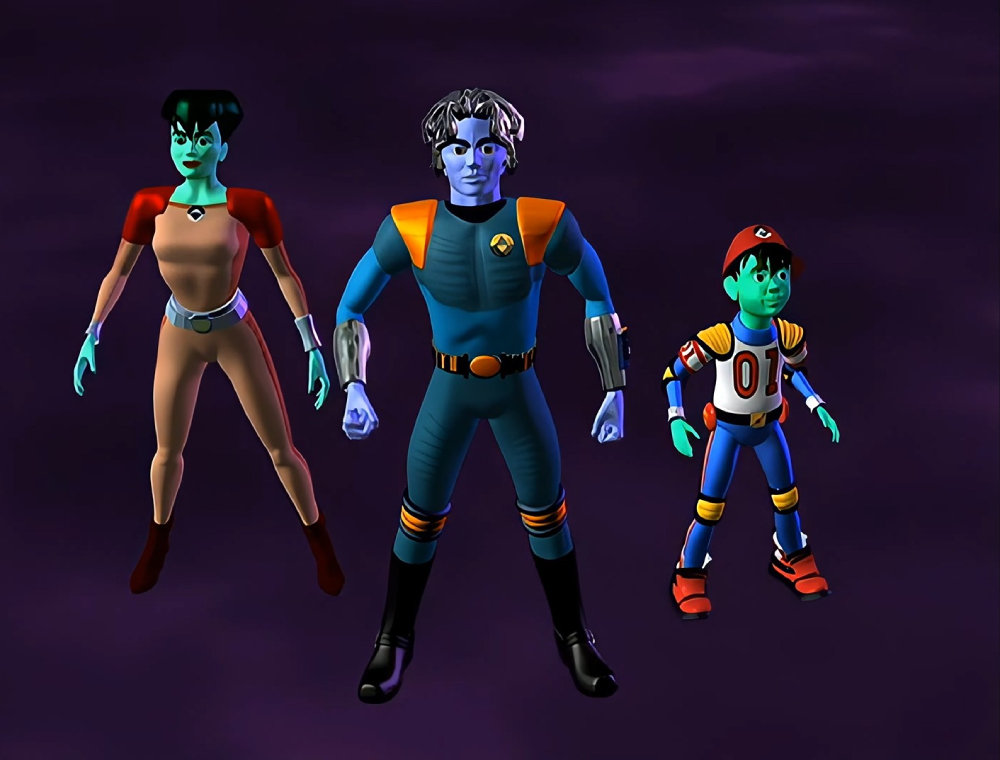 The Nintendo Switch is outdated. That’s simply a fact. But it’s not THAT outdated. I just played Monster Hunter Rise on my Switch and it looked incredible! I’ve seen footage of Xenoblade Chronicles 3 that blew me away! Even that Witcher 3 port sometimes sorta maybe looks alright if you squint a little! That’s maybe not a great example but you get the idea. The Nintendo Switch is absolutely capable of seventh-generation graphics but even still, graphics aren’t everything. Plenty of games come to mind when I think of great looking titles that went for a more stylistic approach than explicitly graphical realism. Kingdom Hearts 1 and 2 are great examples (I will NOT be talking about the cloud gaming debacle here) in how they’re able to create simplistic but creative looking worlds without the need for hyperrealism. Even Nintendo’s first-party offerings on the Switch have been great at this. Breath of the Wild is obviously gorgeous and, if you haven’t in a while, pop in Mario Odyssey and spin the camera around. The game is absolutely gorgeous and runs flawlessly. So what’s going on with the Pokemon franchise?

Money. Money is going on with the Pokemon franchise.

Coincidentally, money is also going on with the Nintendo Switch and its lack of hardware revisions.

From a business standpoint, I understand 110%. Pokemon is the most profitable IP in the known universe and if you could maintain profitability without the need for major innovation, why wouldn’t you? When Santa Monica Studio spends five years developing a God of War title, they do so because being a technical powerhouse is one of the main draws of the series. Listen, I just bought a TV capable of 120hz and games like Ragnarok played a not insignificant part of that decision. Pokemon, however, makes no such promise. The fact that Pokemon titles are even in three dimensions is frankly a miracle. Why should Game Freak spend five years creating that one big beautiful Pokemon game we’ve all been dreaming of, the one that would surely sell like hotcakes and sweep Game of the Year awards, when they can spend those five years making three mainline titles with minor deviations and multiple spin-off titles that will move five times as much product. IHOP: International House of Pokemon.

I think there might be a chance for things to change, though. Something is happening right now with the release of Pokemon Scarlet and Violet. They currently hold the lowest Metacritic score of any mainline Pokemon title and if you dare to look them up on social media, you’re gonna be met with an endless stream of negative comments and glitch compilation videos. Fans are not happy that the franchise they’ve given so much of their time and money to has effectively been rejecting innovation for the better part of the last two decades and, unlike most gaming controversies that quickly devolve into toxic harassment and sometimes even threats lobbied at the developers, the response feels more disappointed that anything else. We all WANT Pokemon to be great. We love the idea of customizing a team exactly to your liking and watching your creatures grow and get strangers. We love battling and trading with our friends. So it rightly breaks a lot of our hearts to see such little being done to push the series forward after so many years. When Pokemon first hit the Game Boy, it came out swinging for the fences and knocked one right out of the park but it’s not the late ‘90s anymore and it's without question that Scarlet and Violet are going to be the final nail in the coffin for many players that have been holding on for most of their lives waiting for that next great innovation.

Now with that being said, I want to help. First and foremost - No. The next Pokemon game is NOT going to right the ship. We are probably another two decades away from a Pokemon that looks and plays like you’d expect one to play in 2022. That’s just the nature of the beast that is capitalism. If we keep buying them (we will) they’ll keep churning them out. So I’d like to offer some minor little baby suggestions that will, at the very least, get us going in the right direction.

First of all, bring back the Arceus features 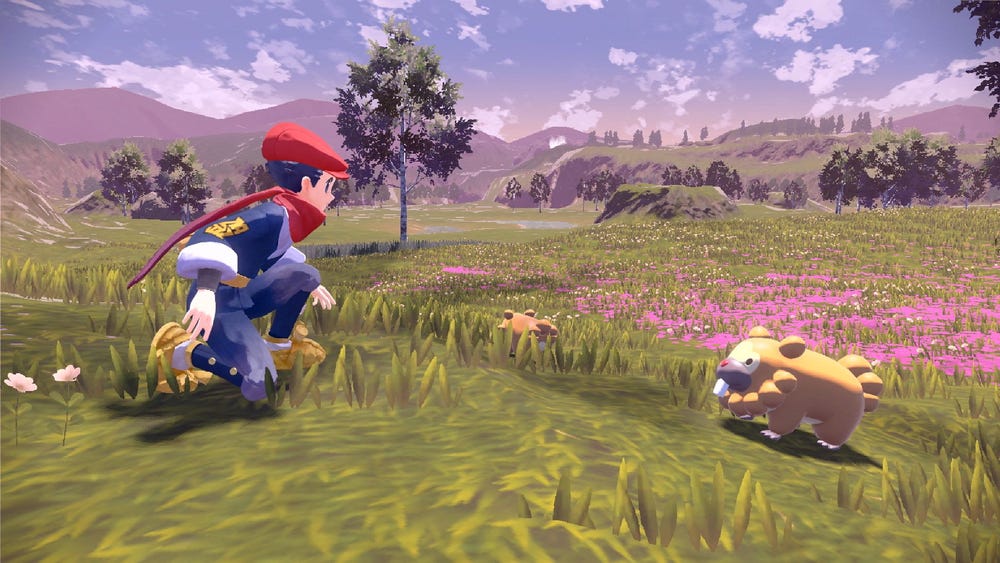 Pokemon Legends: Arceus didn’t necessarily knock it out of the park but it, at the very least, got us on base. It was such a refreshing change of pace for the franchise that gave us a unique story and new gameplay elements that explored how a Pokemon game could play if the goal wasn’t specifically to be the best etc.. Because the player was moreso a research assistant than a trainer, Arceus really highlighted new ways to catch Pokemon and included mechanics around luring Pokemon with bait and even catching them by simply tossing your Pokeball - no battle required. When you did have to battle, they offered new attack styles to your existing moves, allowing you to tweak the turn order in a manner similar to Final Fantasy X’s turn-based system. Likewise, you could walk around the battlefield with your character and maneuver the camera accordingly. Scarlet and Violet’s battles feature camera control but from a fixed perspective that can sometimes [hilariously] get caught on the topography of the map you’re on. Scarlet and Violet clearly took a ton of inspiration from the lessons learned with Arceus but it’s puzzling that it can often feel like a slight step back rather than a push forward. Though there’s something that both Arceus AND S/V lacked that I wished they hadn’t… 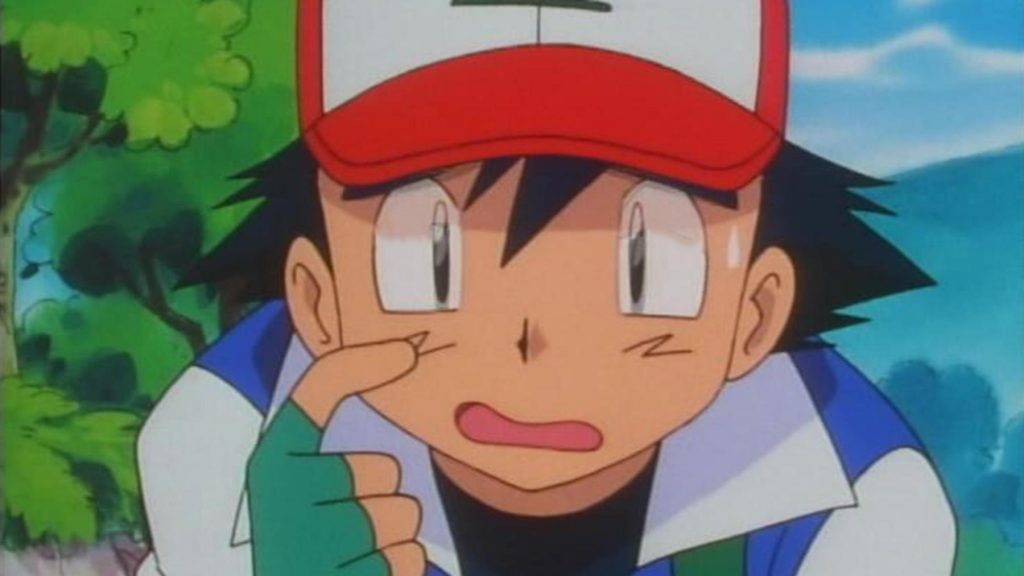 I’ve grown up on JRPGs and I’m in the middle of a Chrono Cross playthrough as we speak. I know that beautiful and powerful stories can be told without a single voice-acted line. Pokemon isn’t really one of those stories. If you only played Pokemon Red as a kid and I asked you what you thought the plot of Scarlet and Violet was today and you responded “Uhh… a kid has to collect all the gym badges and stop a Team of eccentric bad guys who call themselves Team Something” then guess what, you’d be right on the money. They’re very cute but very button-mashable stories that serve to make the beginning of every single Pokemon game an absolute slog to get through. Now imagine instead of all that, we got 2D or 3D (in-game or pre-rendered) animated cutscenes for the major plot points featuring any handful of the stable of voice-actors that have recorded lines for the equally long-running Pokemon anime series. It’s beyond bizarre that all of us knows what the world of Pokemon sounds like and how the characters generally talk but when we turn on the games it’s like the mute button has been pressed. Nintendo franchises and their disdain for voice-acting could be the subject of another essay but I think it stands to reason that The Pokemon Company and Game Freak have a little room to set their foot down about it, if they wanted.

Look to your peers 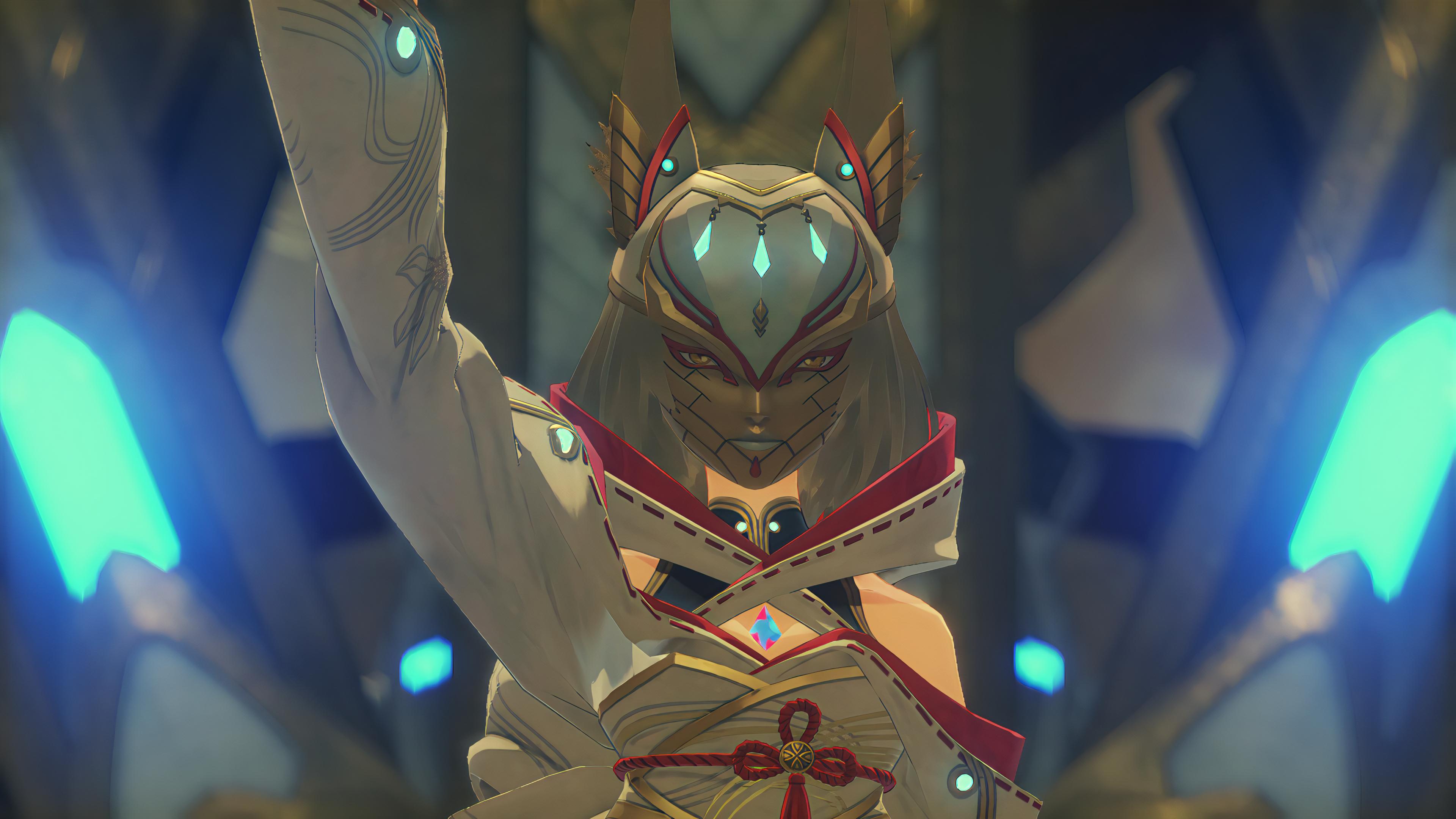 Rumors of a Switch Pro have popped up a few times a year for... practically every year the Switch has been on shelves. In 2017, the Switch's hardware limitations were perhaps a little less apparent when the Switch served as both a correction course for the Wii U and a successor for the 3DS all wrapped in one. God darnit we could play SKYRIM on an AEROPLANE and that was all we needed but in the years since it turned out… we needed more again. We are two years into a console generation that is solidifying Ultra HD resolutions and high refresh rates as the base standard so the Switch, once touted as console-quality graphics you could take on the go, is now more so resembling a simple handheld that sometimes gets to be stretched across my 65-inch television (let’s see if I can reference my new TV at least one more time before we wrap up this essay).

All is not lost, however. There are still fantastic looking games on the console (especially when viewed on the OLED screen [which my TV has as well]) and Nintendo has always proven themselves capable of delivering games that look and play great on less-capable hardware. So perhaps our friends at Game Freak have just gotten themselves stuck in a bubble and aren’t keeping up with current trends? Mario Kart 8 looks amazing and runs like a dream. Doom (2016) made it to the system in a serviceable state. Hell, it can even run Crysis! It’s time to do a little homework. Play some games. See what’s possible. Ask yourselves “how can we make this work in our engine?” I believe in you. And if all else fails… 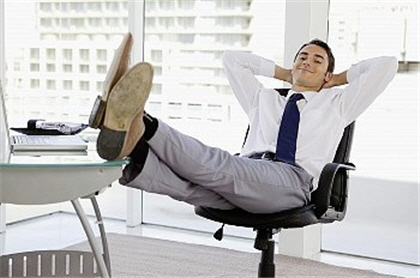 Screw it. Abandon ship. Take a vacation. Focus on smaller projects for a while and force Nintendo’s hand. No new Pokemon games until they release new hardware. I know this absolutely spits in the face in most of what I said a few paragraphs ago but I don’t care. Wild card. Every time Nintendo asks about your next Pokemon game just say your developers got sick or something. Keep making excuses. They’ll get the hint eventually. Wait for them to release something new and THEN make a new Pokemon game. It would be so funny. 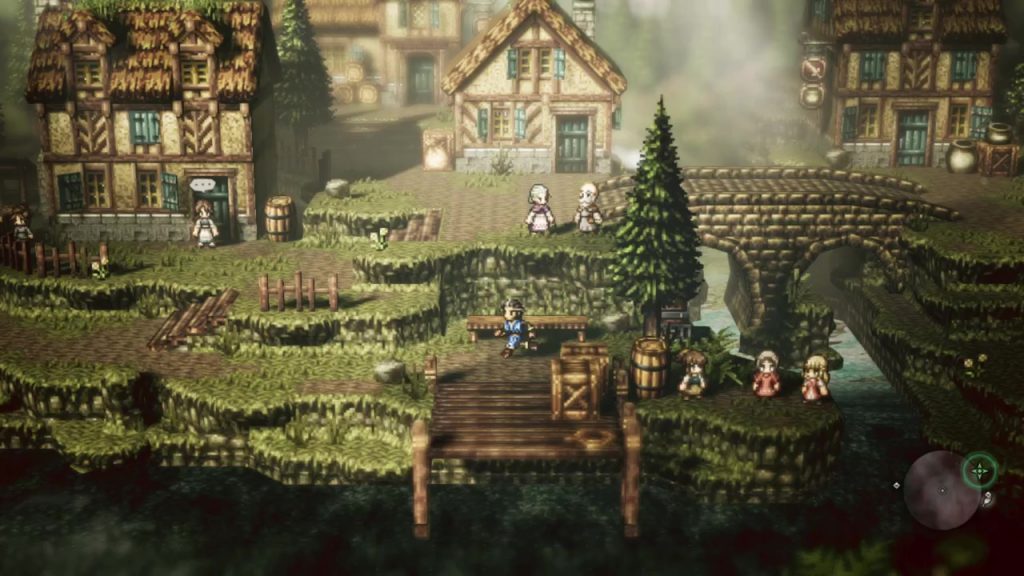 Oh hey thanks for coming to my blog! You didn't have to do that! Wow, that's really cool of you :)