Happy Halloween you ghouls and goblins out there. I come bearing a treat. I made a game for Halloween.

This year has been a bit of a "brush off the hell that we all experienced for 2 years and do things" kind of year so I set the kid and I up to do another game jam. I entered and proceeded to get my butt kicked in the Spooktober Visual Novel Jam. It was a month long contest to create something for Halloween and I set out to create what would eventually be Middle School Monster Party.

When thinking up the type of game I wanted to make, I thought to the first truly scary game I'd ever played which was Monster Party on the NES. I know that game really isn't scary today, but as a 6 year old kid playing something like this that I rented from Blockbuster Video was freaky and weird and unlike anything I could imagine. So I figured I could make something about a Halloween party that goes wrong. 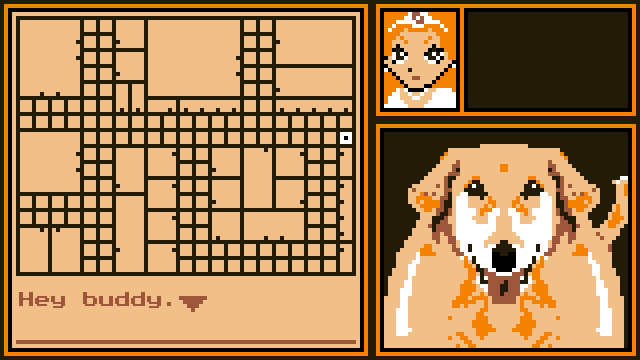 I wanted to bring the kid in to get her excited, so I stuck with some activities she was getting in to and since school was starting up it had to be school themed. I sketched out a quick map and went with a sort of D&D style roll system since she's in a sort of D&D club. A better coder than I would have had the battle system and map knocked out lickity split. It dragged me down so much that I quit the jam at one point because it didn't seem possible to finish.

I perservered though. In total I had roughly 50,000 lines of code I typed by the time I submitted and it wasn't until after the jam ended that the kid even began to feign interest in the project. Kids these days...

So I have a concept of a game that is sorta showcased. The good news is the kid decided she wanted to write some code eventually so I have the concept of the first battle written, it just needs to be finished and I've been procrastinating for a while. Speaking of Procrastination, the only game I've actually ever finished on time finally has a crappy browser mode which I put together while I should have been coding a disco boss battle.

I know I seem to be talking a bit much about the struggle of crafting games. I also should take pride in the fact that I ranked 8th in the "Halloweeny?" category but realistically I overshot and set out to create a game that's way above my skill level. I ranked higher overall (80th) than Autumn Spirit which was on the front page of itch.io all this month so I'm gonna start looking at it with a glass half full mentality. 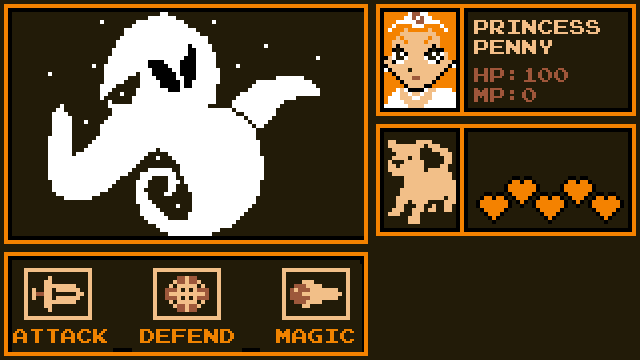 Play my game if you want (I even have a janky web version up), but if you really want to see what some winners look like check out some of the really cool games that teams of people cobbled together in a month like:

I guess you could just scroll through the submissions and find some gems for yourself to play this Halloween as well.  At some point I hope to continue working on Middle School Monster Party so I can have something more to show you come next year.

Also if I'm highlighting stuff that people do better than me, I've recently really fallen in love with the pixel art that Pixelteriyaki put out. I went $1 shopping on PSN around the half way point when I'd given up making my game. I saw one of the sponsors had a slate of games and what really intrigued me was this guys art. Radio Squid blends the 2 color scheme really well and has a pretty interesting shmup mechanic, but Super Weekend Mode has some damn fine pixel artwork. Neither game is going to set the world on fire, but for $1 I was super pleased to play something simplistic, minimalistic and fantastic to look at. His next game Fingun isn't doing much for me stylistically, but still it's nice that somebody is bringing sexy back to shooters.

I hope you guys all enjoy the holiday. Eat some candy. Pop in a scary movie or video game. Have a bit of fun today. Lord knows we all deserve to.

My Greatest Failure
"We constantly have to revisit 'Why would Donkey Kong do this?' or 'Why would this environment be like this?' And then we start thinking: 'We're making a game about a gorilla wearing a tie.'"
-Michael Kelbaugh of Retro Studios on Donkey Kong Country Returns

"I have to say it's kinda scary how much you know about this game."
-Nicolau Chaud creator of Marvel Brothel