If there was a witty subtitle to this review it would be “A game of two halves…” – BECAUSE THE GAME CHANGES HALF WAY THROUGH. Is that a spoiler? Probably, if you didn’t know that already; if you hadn’t read any of the reviews for the game, nor seen any screenshots from the marketing material, then it would be, yes.

Ostensibly, The Messenger is a linear platformer, leaning on the precision side. The game requires quite a high level of skill when traversing environments and pattern memorisation when it comes to boss fights. But the game’s difficulty curve is extremely kind and, among other things, The Messenger might be saleable as a gateway into this sort of modern challenge-platform-game. Movement feels fantastic and makes the game extremely pleasing and addictive to play. Our titular character has a wide range of movement options and I would say that this game’s significant achievements is that each traversal challenge feels as if there’re multiples ways to tackle it. This makes the game’s platforming feel natural and spontaneous, while there are also moments which requiring a bit of strategizing and trial and error with different techniques to get the best route for you. In short, it is an extremely fun game to play and master. 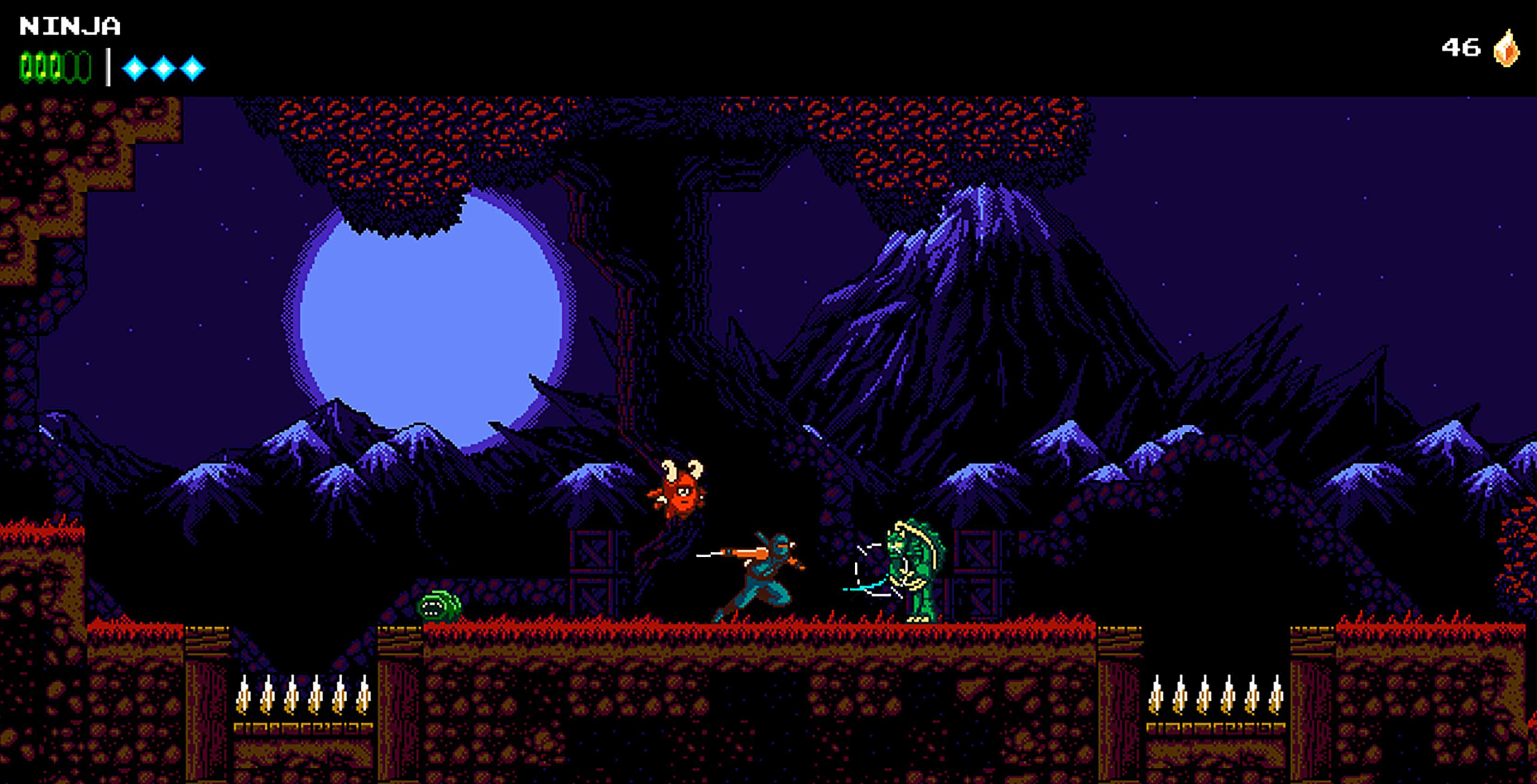 But you know that’s not the whole story. Because I used the word ‘ostensibly’, and because of said marketing material. After a climactic mid-game boss, The Messenger pulls back the curtain revealing not only warp points and backtracking but a full-blown map! A very Super Metroid looking map at that. Now you must roam the land in a free-form manner, collecting items and finding secrets to save your friends and the world.

Part of my brain groaned when this was revealed. Oh, this is what we’re doing is it? This is what I’ve been working towards? While Symphony of the Night holds a special place in my heart, I would say that the Metroid-Vania genre isn’t my favourite and has become more formulaic and predictable in recent years.  This school of design has the potential to give greater agency to the player and flesh out the game world, but equally can fall into a mire of heavy backtracking, arbitrary path-blocks and sign-posted progression; all of which leads to tedium or even chronic brain-groaning, the likes of which you witnessed above. The likes of Metroid and SotN achieved a lot through their dense atmospheres and intriguing worlds; where exploring felt exciting because of the game-world rather than game mechanics. The Messenger, on the other hand, is all about jumping, and the world is more like ‘Video-game Land’ than a mysterious place worth exploring.

And for all it’s cheeky cloak and daggers, The Messenger surprise reveal is not all that surprising: on-trend indie-retro-2D-8/16-bit-ninja-platformer also contains Metroid elements?! The true surprise however is that it carries it off in the least egregious way possible, which is to say, despite my initial sighing and brain-groaning: it’s fun. It is a true testament to the game’s set of traversal mechanics, that going over the same challenges remains exciting. Likewise, returning and re-running levels forwards and backwards underlines how meticulously designed the levels and stages are. Additionally, the game provides new, hidden levels revealed through clues and abilities, with previous characters showing up in different guises throughout. By all accounts The Messenger is a full and fulfilling experience, which, for myself, only really grated in its approach to dialogue and narrative tone.

Which isn’t to say this won’t be someone’s jam. But to me this level of meta-textual-dryness of wit only detracts from the connection I may have with the story or characters. I know, I know these games aren’t played for the story, but I at least like to think there’s some internal drama going on. Here, any potential for the genre-flip to have narrative power is dropped in favour of an in-joke.

The Messenger stands as an extremely well designed platform game which deserves praise and success. Personally, I didn't enjoy the 'twist', but for many it will be the cherry on top of the cake. What I think the game lacks is a clear sense of its own identity; and with as good an understanding of platformer design as is on show here, I hope they are able to go in their own direction narratively in the future.