Hotel Dusk is simultaneously an effective page-turner-mystery and quite a boring video game; it’s part interactive fiction and part point and click adventure. But a point and click adventure in which you’re looking for that pencil you swore you’d seen earlier; or in which you have to peel a label off a wine bottle. Indeed, its gameplay is not what you would describe as exciting, intriguing, or anything other than mundane. But such an introduction does a disservice to the game as a whole. Because this is one of those games. Oh yes. Between roaming the damp hotel hallways and aimlessly knocking on doors, something starts to work in Hotel Dusk which the transcends the routine gameplay. Something engrossing. Something human. Hotel Dusk, you may have guessed, takes place in the very much eponymous hotel on a dark December evening, 1979. Immediately steeped in the tropes of detective fiction we welcome our protagonist Kyle Hyde. He’s a down and out police officer from New York, disgraced and still sore after his partner went rogue. He’s working the sales racket but still stuck on finding his old friend; still racked by questions unanswered and still unable to unravel a betrayal which remains a mystery. We first meet him in the hotel lobby, face like a kicked dog, trying to book a room. 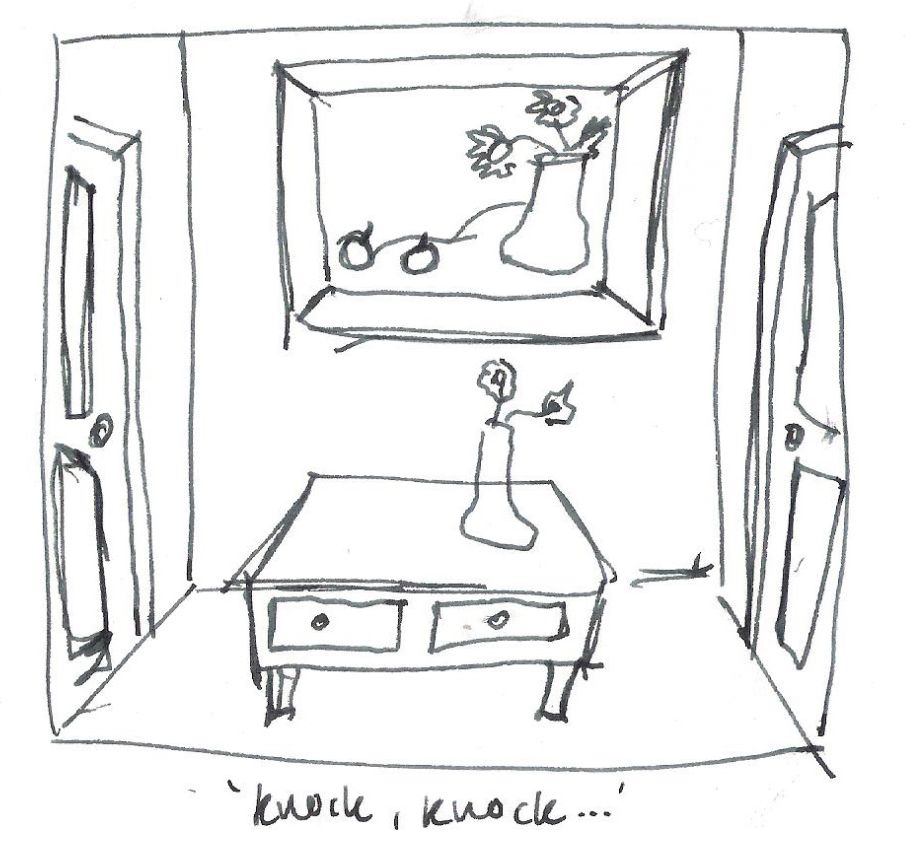 While it might, in another case, be insightful to say that the hotel becomes a character in itself, that wouldn’t apply here. Hotel Dusk is quite a functional environment. It’s grimy for sure and it’s certainly how I would imagine 70s washed-up hotels to look. But that look is, in itself, rather dull, drab, and lacking in character. There is however a pervading mystery to the place, further cemented by the game’s closed world; you cannot see out of the windows nor choose to leave the hotel; in fact one of the main fail-states of the game is being kicked out of the hotel. And, as its numerous plots start to entangle and thicken, there is an increasing sense that this place is artificial somehow; that someone or something is pulling the strings behind the hallways of beige wallpaper.

If not the location than it’s rather the intersection of its characters which is at the heart of Hotel Dusk’s success. Though they might appear quite standardised to begin with – we’ve got the verbose novelist, the city kid from the wrong side of the tracks, the mute mysterious anime girl – but as the plot progresses they become deeper and more human. They reveal their regrets, their personal tragedies, and their hopes for the future. Given that this game is mostly about plot and dialogue (I’ve briefly mentioned the lacklustre puzzles), the game’s eventual length of around seventeen hours is a testament to the game’s character development. Over this time whole chapters of the plot develop a single character’s history and personality. They’re all generally looking for someone – or something – which they hope to find in this dusky hotel and Hyde seems hopelessly compelled to listen to them.

With all these characters bouncing around (and inexplicably vanishing into non-door-answering voids) it’s a rare thing that Hotel Dusk manages to ensure its main character (Hyde) is one of the best. Always ready to snap at the slightest thing; always ready to say the exact opposite of what you might want him to, Hyde’s his own man - if a little indebted to an entire gamut of hard-boiled 1940’s P.I.’s. But unlike that gamut, Hyde has enough time here (17hrs...) to soften – to move out of the darkness and find real friendship among his fellow humans. He decorates a Christmas tree with a young girl for example. There’s an optimism to this mystery which reveals its cultural disguise. This is, of course, a Japanese game made in 2007 aping an American genre whose origins arose from the cultural turmoil of post-WWII. It’s less of a farce than Max Payne, but it certainly comes from a lighter, more distant place than, say, Night and The City.

But that’s no criticism. Indeed, this game can be serious, and it’s due to this seriousness that the optimism it harbours is truly rewarding. Coming to the end of this game feels like the end of a journey. Though not a grand journey it is a detailed one. Though the gameplay and puzzles never reach the same standard of the story (indeed holding it back in places) it’s worth persevering to experience the human dramas which this game awkwardly cradles.