Where Have You Been Zwoooosh? And Poor Hiring Decisions

4:56 PM on 02.24.2012 (server time)    0
Jeez this has been a while hasn’t it? It’s like a coming home party, dealing with mixed emotions and general confusion as well a strange feeling in my nether regions about that one cousin. Wait what? But anyway let me open up my saying: Oh how I hate being so busy all the time. But I have found myself free for one single day and I shall use this time productively writing utterly poor words for you people instead of working on that lousy essay for school. Or going on an adventure to my local strip club to see Starlet.

So I got a job. Actually as a writer at Gaming Bus and it’s an interesting experience. Yes that’s right, I’m in da garme jurnalizm industry with fellow user cnshards and they thought my Kindergarden level of english was rather impressive to see in a 17 year old. Can't blame them really all be told, I'm constantly impressed with it myself. After having the position for about 2-3 weeks now, I have a new found respect for the writers here on Destructoid who post high quality pieces at such a high rate. It’s admirable that’s for sure. The best part however is that I now know how things work behind the scene and it’s interesting to say the least. Joining a small team of writers who have been working together for a while now has been a great experience and as I continue learning the ropes, I’d like to see what comes of it. But know this, a newfound respect has been infused into my very soul for the writers here. 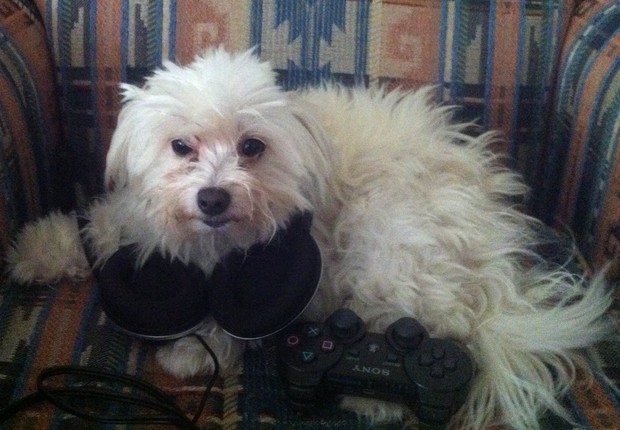 He knows what he wants and he ain't sharing shit. Also I just noticed he looks awfully dirty and sad. And after everything I do for him! Ergh

It’s been a hard time trying to find time to join in on a game of Battlefield 3 or anything else for that matter. Also I just realized I could have used this time writing this… Mess of a thing to actually join in on playing FNF tonight. FFFFFUUUUUUUUUUUUUU

Well enough my inane rambling, I’m going outside to smell the roses or something rather corny like that. Here’s hoping I have more time soon to write and comment on all the wonderful blogs on this dear site.
Login to vote this up!