It occurs to me that, for as many blogs, quickposts and stupid comments I’ve posted on D-TOID over the years, I’ve never actually given a formal introduction of myself. Part of that may have been my fear/disgust of the general gaming community and most human beings, but a lot of that’s likely from my own self-loathing and general anxieties. My New Year’s resolution was about bettering myself physically and emotionally. Maybe part of that should involve opening up to you guys a bit more. Let's change all this, shall we?

So, how did I discover D-TOID? Mostly through Hey Ash, Whatcha Playin back in the late 2000s when GameTrailers was still relevant. I don’t quite remember how I transitioned from that to the main site, but shortly afterwards I remember using a combination of it, G4TV.com and Joystiq for my gaming news going forward. (Incidentally, writing all this up made me realize how many of my favorite websites back in the day are gone now. It's depressing as fuck.) Then after a few years of light stalking, I wrote a blog of my wishlist for E3 2011 as my first blog. Which somehow got front-paged. 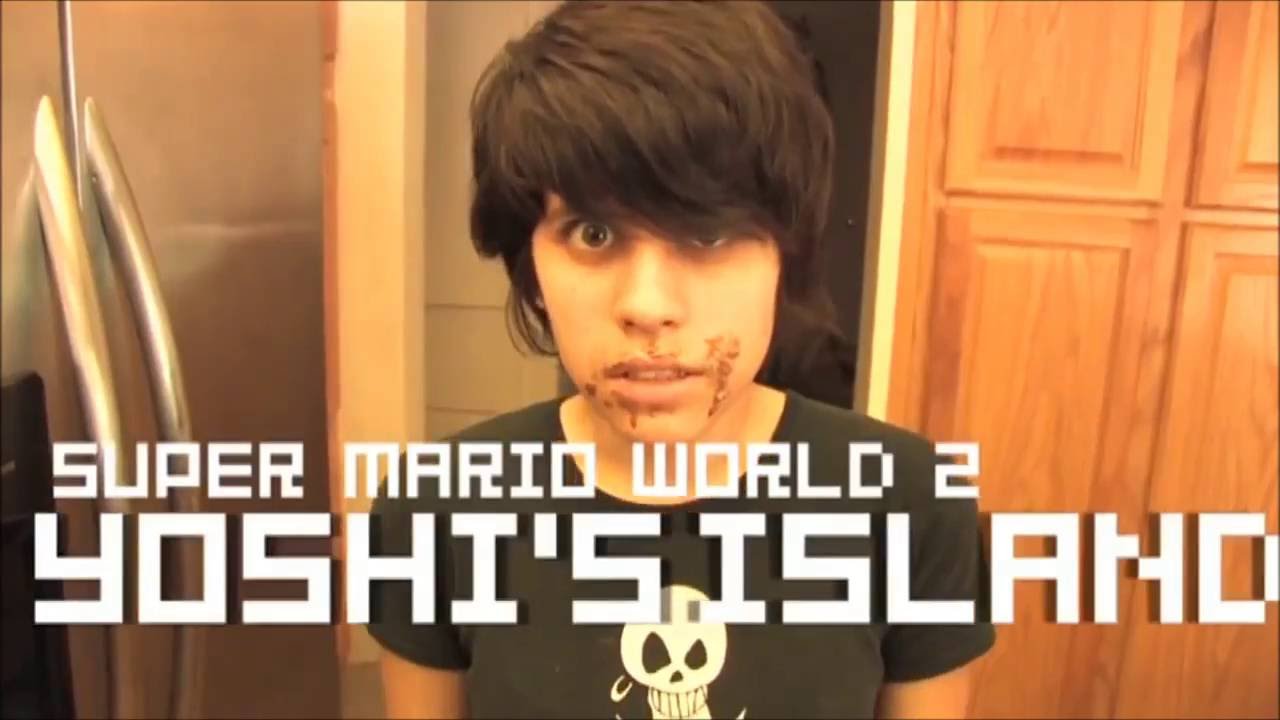 My interest in gaming genres evolved over time. I only liked slower paced games at first. Things like RPGs, strategy games, point-and-click adventures, etc. In fact, I was pretty much raised on nothing but RPGs for a good chunk of my childhood, thanks to an ill-fated Super Mario Bros. attempt when I was very little. As I got more comfortable playing different kinds of games (notably action titles), I grew to like more genres. These days, I’ll happily play fighting games, platformers, spectacle fighters, racing games, shooters, music rhythm games, and many more. RPGs will always be my thing, though.

As for my favorite gaming series? In no particular order (except the first one), they'd be Pokemon, Viewtiful Joe, Fire Emblem, Phoenix Wright, Smash Bros, Earthbound, BioShock, Sly Cooper, The World Ends With You, Virtual-On, Psychonauts, Ratchet & Clank and many others. Oh, and also Star Fox, naturally.

I typically consider my acquisition of a Game Boy Advance and Pokemon Crystal back in 2001 as the turning point for when I truly got into video games, but I’ve been playing them a lot longer than that if I were honest. Assuming we don’t count various edutainment games on my parents’ computers, I think the first games I ever played were LEGO Chess and LEGO Creator back in the late 90s. After that, I guess the first game I actually got for myself was Toy Story 2 on the PC. This was back when I was convinced that console games and PC games were completely different. And they might have been back then. These days, I dunno. I realize it upsets PC gamers when I say that PC games and console games aren't terribly different.

But I'm gonna say it anyways.

On that note, my preferences for which platform I play games on have kinda gone back and forth in my adult life. I pivoted to the PC hard after the launch of the 8th console generation back in 2013 due to the lower average price of games, not needing to drop $400 every five years whenever I want better performance, and not having to worry about whether the games I purchased in the previous console generation will even be playable on newer hardware. As you can imagine, I gave Sony a LOT of shit for ditching backwards compatibility over the past five years. And I still do. As for my current setup, I have a list of priorities. For games that aren’t platform exclusives, if something is available to play on PC and not infected with Denuvo, I’ll spring for the PC release.

From there, I’ll move on to an Xbox One release because Microsoft has thus far demonstrated that they’re making backwards compatibility a key feature going forward. We’re almost at a new generation of gaming systems, so if I’m gonna be wasting money on games for an 8th generation console, I’m gonna go with Microsoft for now. Of course, if there’s a game I think would be more enjoyable in a handheld or a local multiplayer setting, I’ll get it for the Nintendo Switch instead. Which, to be fair, includes a number of multiplatform games I previously would've considered getting for other systems. 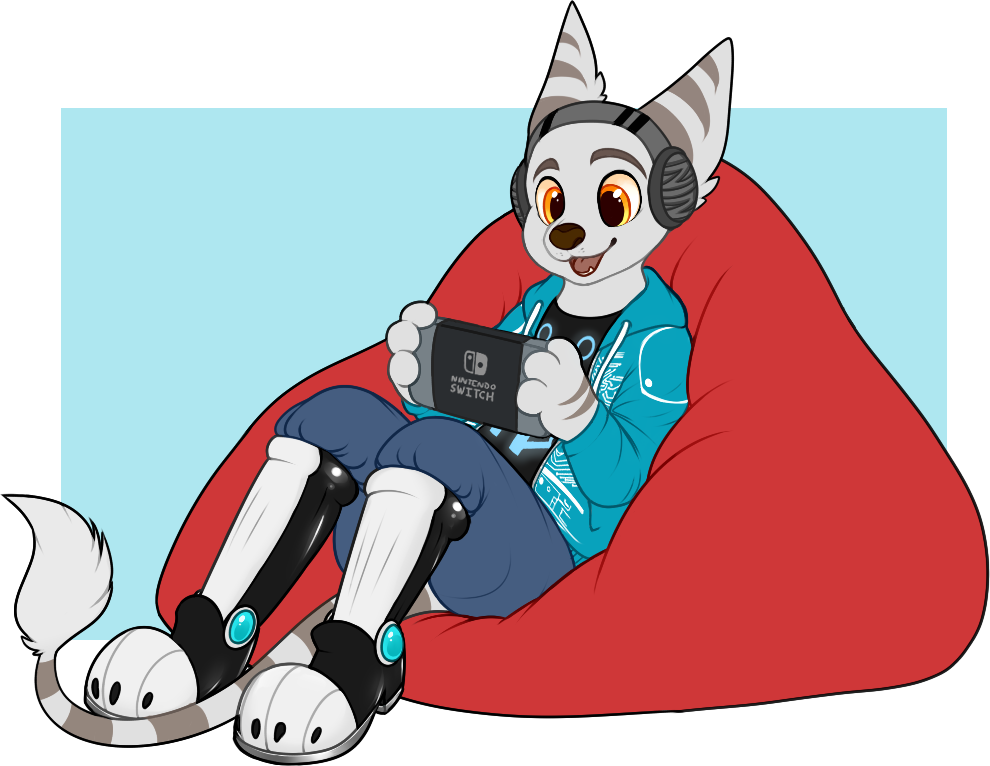 Like anyone flailing around for attention on the Internet, I’ve had problems with anxiety and depression for most of my adult life. I’m finally seeing a psychiatrist after putting it off for so long, so hopefully things will be better in the long run. This isn’t to excuse my various, lengthy absences from…everything. I figured it’s better to give you all a heads up.

Oh, and if you couldn’t tell by the avatar, banner image at the top of my profile, occasional pictures of my costume, and the past several images I've been posting throughout this blog, I’m a goddamn furry. It’s something I don’t really talk about much because I don’t think it really fits well with what is supposed to be a website about video games. But then, the furry blog I posted months ago did surprisingly well here. Either there are more furries here than I thought or D-TOID is the most welcoming video game website I’ve ever been to. Not that it’s saying much. 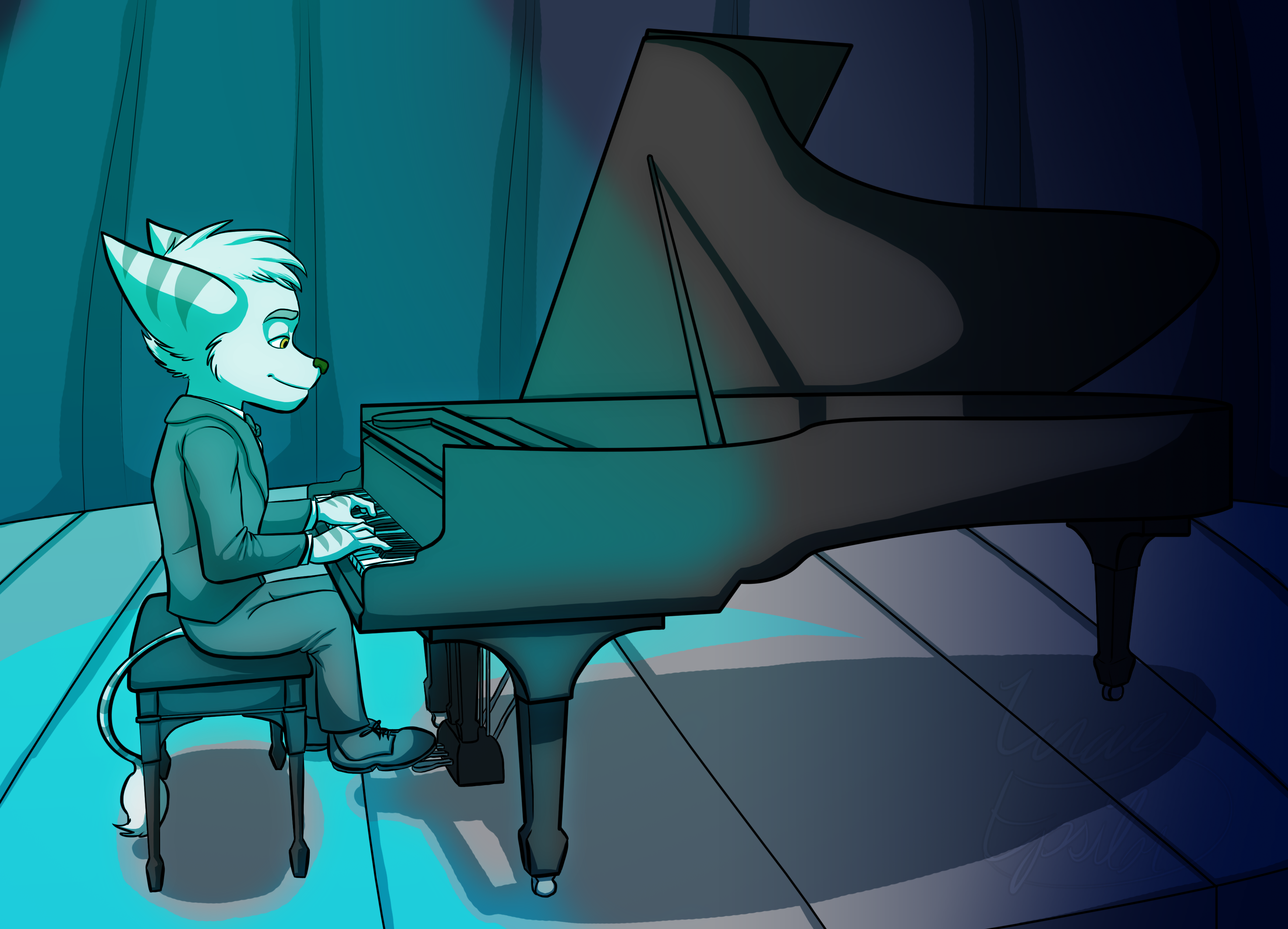 I've also been a musician for most of my entire life. I started playing the piano when I was 6 years old, wrote my first piece of music when I was 14, picked up the guitar around the same time, then went to college to learn how to be a composer. Ever since teaching myself how to play Final Fantasy music on my piano, I've wanted to be a video game composer. That...didn't exactly happen after getting my Music degree. Right now, I'm working at a data center technician job I kinda hate. I made a promise to myself to get back into music properly this year, so hopefully I'll do something again soon.

Another thing for those unaware; I’m gay. Like with the furry stuff, this is something I don’t bring up terribly often despite making no secret about it. I’m very much a fan of the man. Not The Man kinda man, just…look, some of you’ve seen my Twitter by now. You know what I’m about!

Can't really think of much else to write about here. I'm kind of a boring twit, to be honest. I can't promise that I'll be more active on here, but I will still be around. Whether in the Destructoid comments section, the occasional C-Blog Recap, or the Discord chat, I'll pop in every now and then. I don't know how else to end this blog, so here's a video I found of Star Wolf dancing to Vocaloid. Peace.