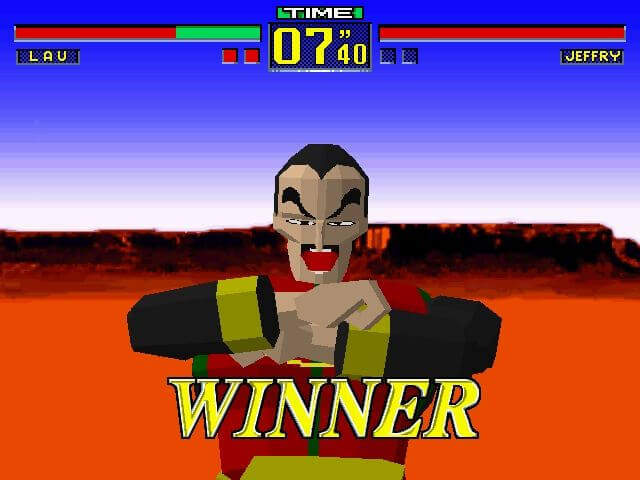 I feel as if we’ve seen a lot of fighting game compilations that involve 2D fighters only nowadays and not many compilations of 3D fighters. Capcom has released Street Fighter 30th Anniversary Collection last year which featured the first 12 Street Fighter games from SF1 to SF3 Third Strike. SNK is about to release a Samurai Shodown collection in the future. Hell, Tekken 5 had the first three Tekken games included as part of Arcade History Mode, alongside with Starblade as a bonus.

If there was a game that deserves an HD collection, it would have to be VF because it was the game that set a blueprint for various 3D fighting games today. Here’s what I would like to see for a potential VF HD collection

Before I get into the lineup of what VF games should appear in the collection, I want to talk about who should be the developing team that should port them. I honestly think M2 should be the one to do it, considering that they made an effort to port SEGA AGES: Virtua Racing to the Nintendo Switch without any issues.

M2 has been responsible for handing emulation for several games such as various collections from Capcom, SEGA, Konami, the GBA Virtual Console lineup for the Wii U, and more. They are also responsible for the Sega Genesis Mini and the TurboGrafx-16 Mini as well.

One thing I have to say about M2 is that they do more than just emulate ports. They also made an effort to add features that were either unreleased or scrapped. I feel as if there were a few VF games that had hidden data such as the characters that were scrapped from VF1 for example.

Here’s a list of games that should make it into the HD collection if it ever happens:

Fighters Megamix and VF Kids should be included in the game as unlockable bonuses. I want players to experience the zaniness of SEGA’s 3D fighters of the 90s. All games should include the option to switch from NA/Europe to Japanese so that players can experience the differences between each version.

In regards to online play, it should only be selective to a certain amount of games just like what the Street Fighter 30th Anniversary Collection did for their games. VF2, Fighters Megamix, VF3/3tb, VF4 Evolution, VF4FT, and the VF5 series should have online play only.

I’m a sucker for bonus features when it comes to HD collections. One thing that I’d like to see from a potential VF HD Collection is concept art, behind the scenes videos of each game, as well as tournament footage from the VFR Tournament series. The History Mode video from VF3tb should also be part of the collection as well since it shows how the first three games were made. The Ending video from VF3tb must be included as well.

Lastly… I feel as if the VF HD Collection should come out for PlayStation4, Xbox One, Switch, and PC. PS5 and Xbox Series X are coming out next year, so that could also be a possibility as well.

Before we end this blog, I have a couple of things to announce. First things first: We are concluding VF Month with an online session of both VF2 and VF5FS online matches for the Xbox 360. If you have any of those games, feel free to drop by my stream and we can get some matches in.

And finally, I wish you all a Happy New Year! 2020 will be the year of SEGA since this marks the 60th Anniversary of the company. I expect to see some great fighting games and more coming out this year.