The Return of Offline EVO

It’s been so long since we’ve seen an offline EVO event. Back in 2020, EVO 2020 was supposed to happen with a great lineup with one of them being Marvel vs. Capcom 2’s 20th Anniversary, but then… the pandemic happened, along with other things that I can’t talk about on here because of certain reasons.

When the Pandemic happened, offline fighting game tournaments were put on hold for a whole year. We had to deal with online play despite the fact that there were some games that had delay-based netcode, while most fighters were adapting to rollback netcode. The FGC made it clear during these times that all fighting games must have rollback in order to have their game survive.

In my case back in 2019 before the pandemic, I took a step back from the scene after I was dissatisfied with Dead or Alive 6. When the game came out, I wanted to compete in tournaments for DOA6, only to realize how terrible it was. In addition to that, I wanted to focus on Let’s Plays on YouTube and also Twitch streaming, but I was struggling with both aspects because I didn’t have a proper focus at the time. Of course Virtua Fighter was the game that pretty much reignited my love for fighting games again, let alone became the reason why I continue to stream to this day thanks to the creation of VF Takeover.

Last week, I resorted to something I haven’t done in a very long time since I was in college: watching FGC hype moments on YouTube. Watching these types of videos got me through college, especially since I was in those tough times. It ignited a fire in my soul, wanting to play fighters in the Gameroom, at my locals, or in the comfort of my own home online.

But I’m not here to talk about my FGC experiences or anything like that on this blog. The main focus for tonight is talking about the epic return of EVO, now that the offline FGC is back. The last time I watched offline EVO was EVO 2019 and EVO Japan 2020, which was around the time where I watched a lot of great matches.

When it comes to offline FGC events, there’s always the hype moments that you can watch live or on stream. That was the case with tournaments such as NEC, CEO, Frosty Faustings, and more. But what makes it special for EVO is that it’s a large event that feels more than just a fighting game tournament. It was the one place where you could watch reveals on fighting game content, whether it’s a brand new game, new character, or even a brand new season. I legit wrote a blog about how EVO is the E3 of fighting games a couple years ago.

There’s a lot you can do at EVO, such as competing in fighting games, playing upcoming games from various developers, meeting developers, indie corner, panels… it’s got everything you need. And then you have the finals, which takes place at Mandalay Bay. There’s nothing more satisfying than playing fighting games on the biggest stage in the FGC.

This weekend will be a true return to form with EVO. Three days of fighting game action from players all over the world. New players will create a pathway to greatness while veterans look to extend their greatness into a whole new level. I expect to see new players that stand out in this tournament, whether it’s from Tekken, Street Fighter, Skullgirls, etc. And don’t forget the side tournaments that’ll be appearing at EVO this year under Vortex Gallery (formerly AnimEVO), where we have games such as Capcom vs. SNK 2, DNF Duel, Super Street Fighter II Turbo, Vampire Savior, Virtua Fighter 5 Ultimate Showdown, and more! 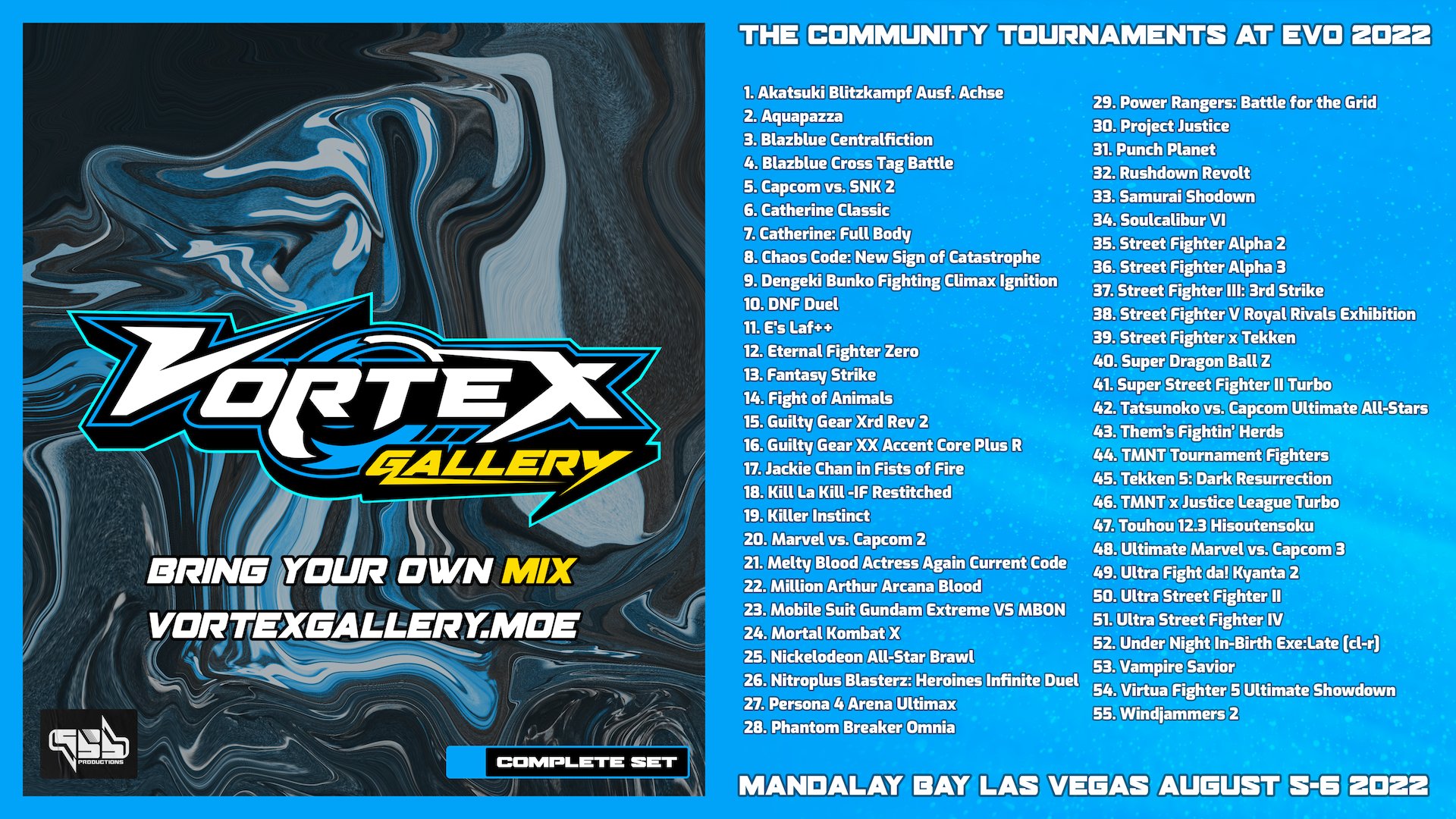 Welcome back, EVO. We missed you. And for those who are going this year, good luck and have fun!