In 2013, SEGA created a website to commemorate the 20th Anniversary of the Virtua Fighter series. Every week or so, we would see interviews from various producers, developers, and fighting game players that give their insight on what VF meant to them. While everyone loved the articles, there was only one problem: It was all in Japanese.

It wasn’t until one year later where a fellow member of VFDC, Modulah, translated the best interviews from the website, and he did an excellent job with getting the most noticeable ones on the site.

Now before I begin, I’m not going to cover every single interview that was translated from the website. I’m only using the best ones from the website. If you want to read the entire articles, I’ll link them here at the end of the blog. 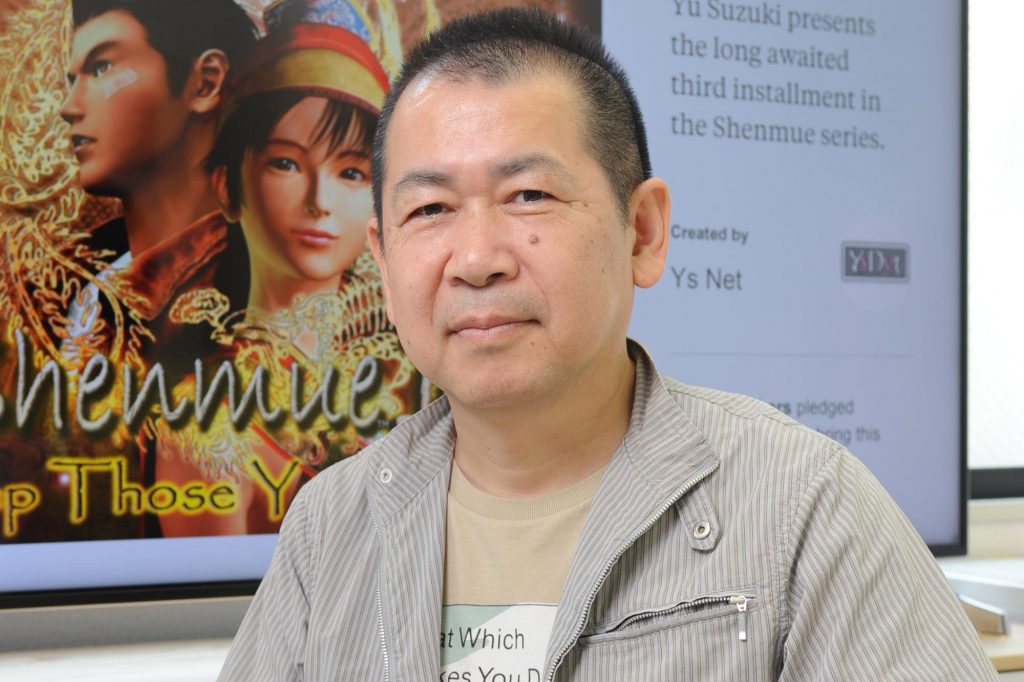 It can’t be a celebration without the original producer/director of the VF series getting involved.

Everyone should know who Yu Suzuki is at this point. He was the man who gave us Outrun, Space Harrier, and other arcade games from SEGA AM2. He also gave us Virtua Fighter, as well as Shenmue.

In his interview, he gave details on what inspired him to create Virtua Fighter, the US military technology he used for Virtua Fighter 2, as well as the longevity of the series. It is true that Virtua Racing served as a basis for a game that would require multiple joint movements, which would be later used in VF. At the moment, making a fighting game didn’t cross his mind at the time, and he sought the perfect opportunity to do so with 3D technology.

There were a lot of interesting tidbits that I learned from this interview, such as the process of data collecting that he and his team had to do for this game, especially when it came to traveling to China for data. He actually went there to capture accurate attack reversal animations for VF2, and we all know what happened with that. It resulted in Suzuki getting injured.

This interview should be the first thing everyone should read. Not to mention, play Shenmue 3.

Now I know what you’re thinking: “Kazama, who is this Isamu Yamagishi and why is he part of the recommended interview list? I don’t know anything about him at all! Why should I care about him?”

Well here’s your answer: Yamagishi played a huge role in the competitive VF scene in Japan. He’s the tournament organizer for the VFR Beat-Tribe Cup series since 1994 when it was known as the Athena Cup and it was during the time where Virtua Fighter 2 was out.

In this interview, he talks about his inspiration to create a VF tournament scene based on the high score culture of arcade games, the decision to make tournaments under the team battle ruleset, the issues of capturing footage from a 3D fighting game, the change of the tournament scene throughout the years, and more.

In his special 20th Anniversary Message, Yamagishi recalled a time where VF3tb fans believed that there would never be a sequel until years later with the announcement of VF4, and he hopes that VF6 will happen in the future.

VFR is a series that creates new players from the ashes, and Yamagishi has seen a lot happening throughout the course of his 20+ year journey. Just ask BunBunMaru, Homestay Akira, and Fuudo. 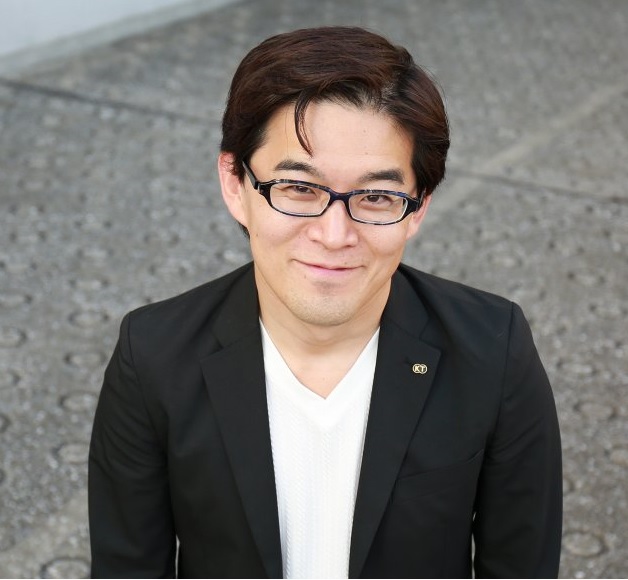 Yosuke Hayashi was the producer of the Dead or Alive 5 series at the time of the interview. He joined Tecmo in 2001 while Dead or Alive 3 was in development.

Hayashi’s interview contained various topics such as how he was first introduced to the series during his high school days, how Team NINJA used various influences from VF, the collaboration between DOA and VF through the DOA5 series, and the reception from said collaboration.

One of my favorite parts of the interview was when Hayashi mentioned how Team NINJA would go to the arcades to play Virtua Fighter 4 for research during the development process of DOA3. It may interest you to know that the snow stage in DOA3 is based on Lion’s stage from VF4, as well as the beach stage taking influence on how VF3 stages handle the water renditions in their game.

Hayashi expressed a future collaboration with the VF team in the future, but since then he has been focusing on other projects such as Nioh 2 for example. Yohei Shimbori is the current producer of DOA6, so it’s up to him if he wants to incorporate VF characters in DOA again. 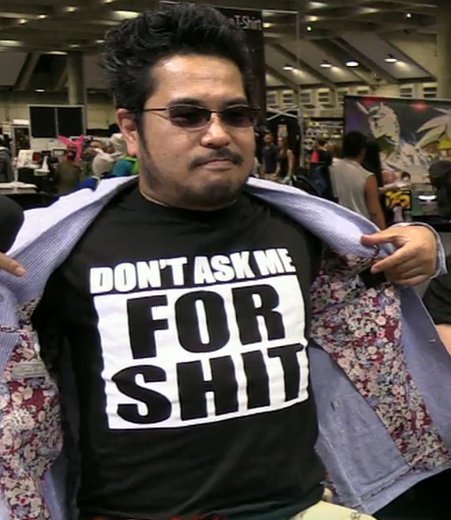 This is another man that needs no introduction. Katsuhiro Harada is the Game Director/Chief Producer of the Tekken series, and now he is currently the General Manager of Bandai Namco Entertainment.

Harada’s interview with VF20th Anniversary talks about his first experience with VF and how much influence it was used for developing Tekken, how the VF tournament scene in Japan influenced Tekken’s tournament scene, Tekken 5’s inclusion to SEGA’s All.Net network service in the arcades, and more.

One thing that needs to be mentioned in the interview is that while VF and Tekken are rivaled together, these two franchises push each other to bring excitement to the arcades. Harada speaks nothing but praise for VF and he hopes to see a new installment in the future. 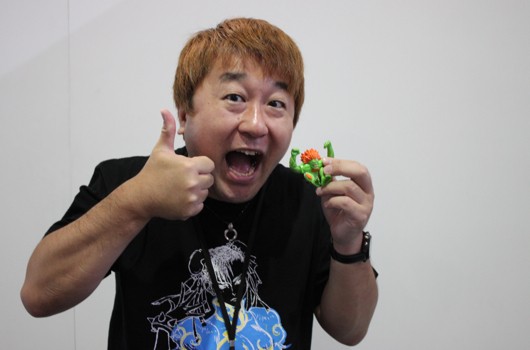 Everyone should know who Yoshinori Ono is. You’ve seen him before multiple times at various Street Fighter tournaments with Blanka around him at all times, waiting for everyone to do a Shoryuken group photo during Top 8. Ono is the current producer of the Street Fighter series since SF4, and he’s currently the producer of SF5.

Ono’s interview with VF20th Anniversary had a lot of eye-opening moments. One thing he mentioned when he played the game is that he noticed how deep VF is compared to the 2D Capcom titles. The most important part about it is that unlike certain Capcom fighters that’ll allow you to get away with button mashing, VF punishes you for doing that. You have to look at how the game plays. Just ask Fuudo, since he originated from that game.

Other moments in the interview include Ono’s fondest memories with VF and how the Street Fighter series gained insights from the series. One of his fondest memories with VF is how he noticed how SEGA incorporates the tournament scene with having Star Players mentioned in the game, alongside the amount of support that was put in the Japanese tournament scene. One can say that it served as an idea for Capcom to have their own Pro Tour series in the upcoming years.

Ono wishes to see new innovations should there be a new installment in the VF series. 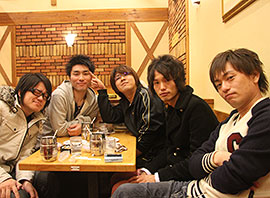 Lastly, we need to talk about the players in the Japanese VF scene. There were several players from various regions that were interviewed about how they got into VF, as well as explaining their tournament experience with the Beat-Tribe/Athena series.

I’d recommend reading the interviews from the Tokyo, Kansai, Kyuushuu, and Toukai VF players since they speak from the experience.

After the end of every interview, they all share the same message: We want to see Virtua Fighter 6 happen in the future. It has been 13 years since the release of VF5 and we would like to see what would happen to the cast.

If you want to read the translated interviews, head over to VFDC where you can read most of the interviews that were translated from the VF20th Anniversary website. A huge shoutout to Modulah for translating these interviews. They are an insightful read and it pretty much entails how much influence VF had on other games.

Before I end this blog, I just want to say that I just started streaming a brand new segment on my Twitch channel called “FGHS 101: Fighting Game History” in which I talk about the history of each fighting game franchise, starting with the Virtua Fighter series as part of VF Month. Be sure to join me every Sunday on https://www.twitch.tv/virtuakazama where I give out a history lesson the series, from the gameplay to the tournament scene.

And that’s not all because we are just getting started with VF Month. Join me next Friday where I bring back Unsung Fighters as we talk about the Fighting Vipers series.