Can you believe that today is the 20th Anniversary of Marvel vs. Capcom 2?

On this day in 2000, Capcom released the fourth installment of the Marvel vs. Capcom series that not only brings back all the characters from both the Capcom and Marvel universe, but also redefine tag team gameplay with a 3v3 format, crazy infinite combos, snapbacks, assists, and more. It has seen several releases such as Arcade, Dreamcast, PlayStation 2, Xbox, Xbox 360, and PlayStation 3. Hell, it even got a release for the iOS, which is weird.

When it came to fighting game tournaments, MvC2 is a fan favorite in the FGC. It has made several EVO appearances since 2000, and it created legendary moments and players such as Justin Wong, IFC Yipes, Sanford Kelly, and more. And with the announcement of MvC2 returning again at EVO 2020 for its 20th Anniversary this year, there’s no better way to celebrate it than bringing 8 of the best MvC2 players in the Tournament of Champions.

To celebrate the best of MvC2 matches, let’s take a look back at the best matches in FGC history. These matches may be from EVO or any other tournament and you might see some of the same players mentioned more than once. And once again, these picks are based on my opinion.

Now that’s out of the way, let’s get started!

EVO 2005 marks the year where Justin Wong didn’t make it to Grand Finals since he took 4th place. Duc Do hasn’t won EVO for MvC2 since 2000 when it was known as B4 Championships and Yipes was looking to make a name for himself. Duc Do’s team consists of Spiral/Cable/Sentinel, while Yipes had the team of Magneto/Storm/Psylocke. Duc later swapped Cable out for Captain Commando in later sets.

It’s rare to see Spiral in Top 8, but Duc Do knows the ins and outs of that character. Not to mention, he won the tournament for the first time in five years.

This match marked the most epic comeback in FGC history!

In this match, both Yipes and Wong used the team of Magneto/Storm/Psylocke, although Wong used Storm/Sentinel/Cyclops during Winners Finals.

Yipes kept hitting Wong with the resets and infinites that he’s well-known for with Magneto and Psylocke, eliminating both Sentinel and Storm. With only one character left and full five stocks of meter, Wong relied on Super Optic Blast for big damage after a combo and j.HK for meter building. He also relied a lot on blocking to take minimal to no damage. This is what helped him make a comeback in that match.

This became a moment known as Pro Tip #7: Never Give Up, No Matter How Bleak the Situation…, and also coined the definition of the “Wong Factor”.

The two would later meet up in Grand Finals, with Yipes claiming victory over Wong that year.

And now we get to the classic Seasons Beatings tournament containing the matchup between Yipes and Sandford. This was back then where classic matches were recorded on a video camera and uploaded to the internet for download before YouTube came to life.

It was hard to tell who used who since this was recorded on a video camera and livestreams weren’t a thing at the time since all footage was released on DVD. But you could tell how good both of these players are in their prime and it’s good to see how they played.

Clockw0rk has worked on several games such as Power Rangers: Battle For The Grid and PlayStation All-Stars Battle Royale. GoldenBoyNeo is now a commentator for AEW. But back then, these two had an intense rivalry in MvC2 and with the release of MvC3 nearing, they needed to settle one final score.

For the Money Match, the Marvel community relied on a Dreamcast copy of MvC2 that contains custom soundtracks such as the Travis Barker remix of Crank Dat Soulja Boy, Let’s Fighting Love from South Park, and many others. Clockw0rk used the team of Sentinel/Doom/Hiryu while Neo used Sentinel/Storm/Cyclops.

This match is the true definition of Grassroots FGC at its finest. Hype matches, several clutch moments, and many more shown in this stream. No facecam needed, but you can hear the crowd hype and excitement in the background. And let’s not forget the moment where it got so intense to where both Neo and Clockw0rk took off their shirts in between their sets despite the fact that it wasn’t shown.

I want to talk more about this match, but it’s best to show you all why it’s a classic. Everyone needs to watch this match.

I’m pretty sure that there are more matches that I’ve missed out, but there’s too many to count. MvC2 is a hype game overall. From the classic Yipes quotes of “Where your curly mustache at?”, “He’s so Pringles”, and the ever-so-loveable “Scoop! Scoop Häagen-Dazs”, to Justin Wong using a Low Tier team to win a match, MvC2 is a fighting game for the Golden Era of the FGC. And with Wong, Yipes, Duc Do, and Yipes joining the first four spots of the MvC2 Tournament of Champions at EVO, it’ll only be a matter of time to see who will fill the final four spots. 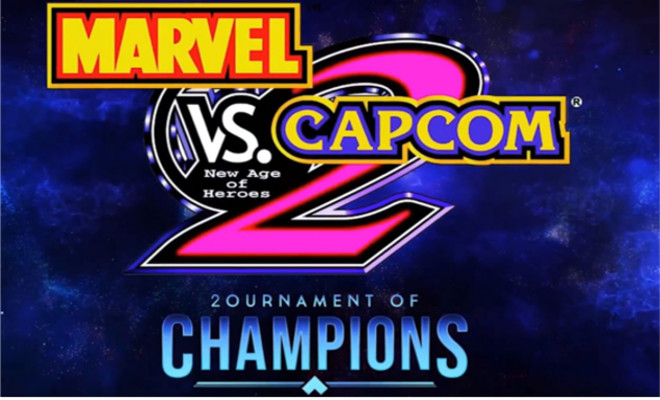