How Smash Bros. Introduced Me to My Favorite Games

Before Smash Bros became a thing, I was already hip to the Nintendo games that I played growing up. Aside from growing up playing fighting games like Virtua Fighter and Tekken, I played a lot of games from franchises that I know and love such as Mario, Sonic, Pokemon, Game & Watch Gallery, Kirby, and my personal favorite one of them all: Star Fox. I didn’t own a SNES growing up, but I do recall a time where I have played games such as The Legend of Zelda, Donkey Kong Country, Wave Race, Pilotwings 64, Killer Instinct… the list goes on.

Then came Super Smash Bros, and it opened up a door for me in the world of gaming.

Smash Bros has been a part of my life growing up since it first came out in 1999. I was 8 years old when I got the game for the N64. When I first played the game, I knew about Mario, Zelda, Pokemon, Star Fox, Donkey Kong, and Yoshi. However, I didn’t know anything about Earthbound, F-Zero, and Metroid since I didn’t play any of those games growing up. But it did make me curious on what their games are like.

I remember one year later after the release of Super Smash Bros, I started playing F-Zero X for the very first time. Let me just say that it made me fall in love with the series and it left me wondering what the first game was like on the SNES. I thought to myself: “From this day forward, I’ll play a new iteration of Smash Bros for every Nintendo console I’ll get.”

Then in 2001, I remember getting a Nintendo Gamecube for Christmas. I didn’t get Melee until a week after Christmas which opened up even more doors for me. There were a lot of Nintendo franchises that I was curious about and wanted to check out such as Ice Climber and for the first time ever: Fire Emblem. Growing up, it was amazing to see two characters from a Japanese-only Nintendo release coming to the West for the very first time. And thanks to trophies, it introduced me to classic, obscure, and imported Nintendo games such as Clu Clu Land, Kid Icarus, and many others.

I remember when I got into emulation, the first search I was looking for was Ice Climber because their gameplay intrigued me. And then that’s when I learned about Metroid, Earthbound, and many others just to see every reference. Hell, I even witnessed classic F-Zero and Star Fox on the SNES for the first time!

By the time Brawl came out, I knew most of the franchises that I’ve discovered while being introduced to games that I haven’t got to play yet such as Mother 3, Starfy, Custom Robo, and others. This is when my tastes for gaming started to evolve even more to a point where I wanted to see characters from other games get into Smash. Some of them pretty much made the cut through playable characters and assist trophies like Saki from Sin & Punishment and Little Mac from Punch-Out (who later became a playable character in Smash 4). I even looked up the Devil from Devil World and it was like a PAC-MAN type of game in which he controls the screen while you move. It was also Shigeru Miyamoto's first console game after he made a couple of arcade ones and his only game not released in North America due to religion. Then came Smash 4. I remember getting hype for Mega Man joining Smash, plus characters from several games that I already knew such as PAC-MAN, Little Mac, even Duck Hunt of all characters. The one character that I wasn’t familiar with is Shulk from Xenoblade Chronicles, since I never got a chance to play the series on the Wii. I do recall at the time of the reveal, Chuggaaconroy was doing his Let’s Play of Xenoblade Chronicles, which gave me a better understanding of how the game works. I have yet to play that game, along with the sequel and side games.

I pretty much hit a moment in my life in which any character from games that I usually play ended up making it to Smash. When Ryu from Street Fighter made it to the roster, I was excited to see how he would play in Smash and it went to a point where I wanted people to try the games that the characters originated from.

And then came Smash Ultimate.

I remember when I was watching the E3 presentation for Nintendo, I was hype when I saw the tagline: “EVERYONE IS HERE!”. All of the characters from past Smash games made their return, while we saw characters from games that I usually play such as the Inklings from Splatoon for example. And with every character reveal, I get happy when I see representations from other games make it into Smash, whether they are a playable character, Assist Trophy, or a Mii Costume. Not gonna lie, I was actually happy to see Akira from Virtua Fighter make it to Smash as an Assist Trophy, and in his classic VF1 polygonal look. 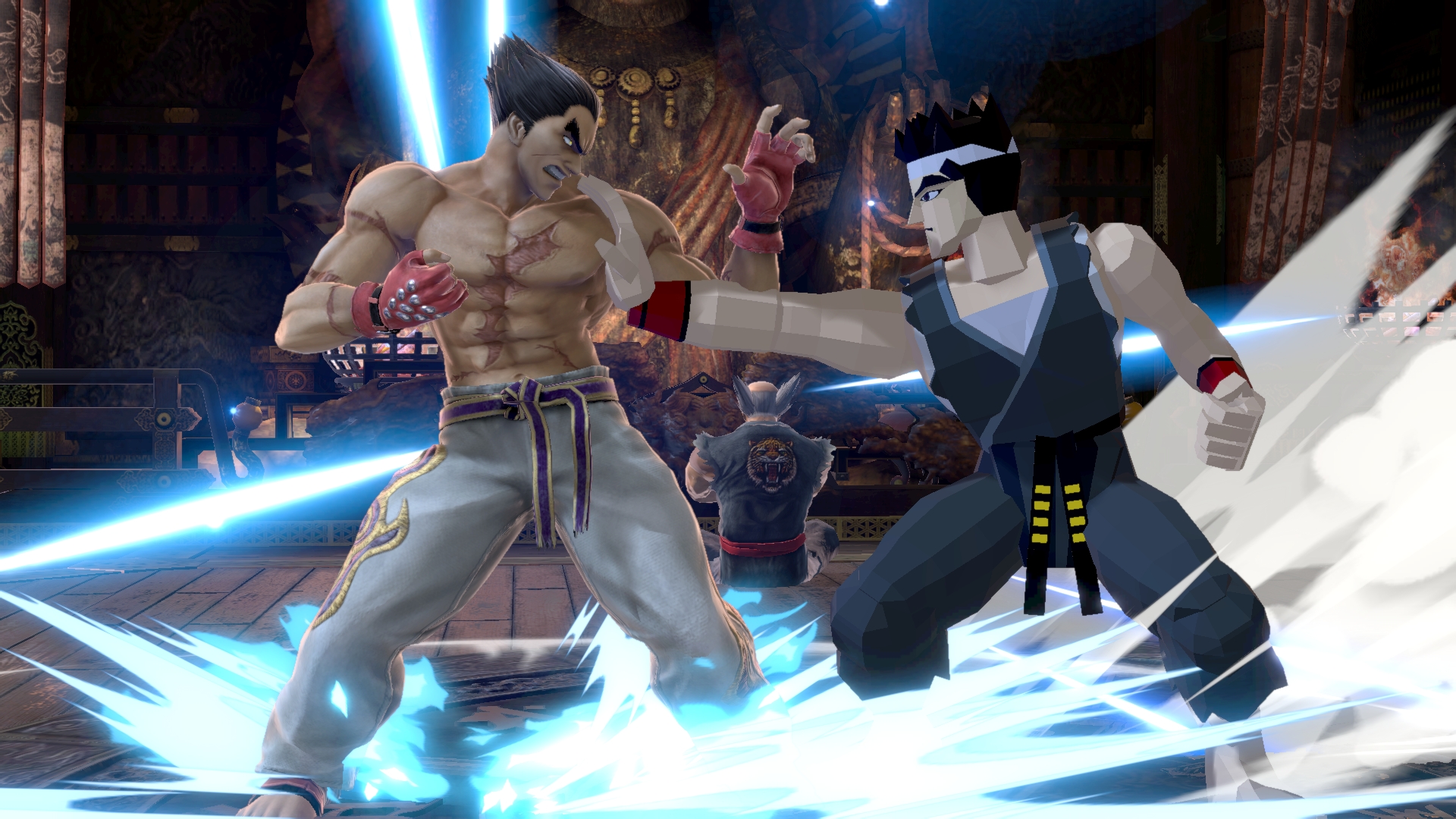 Then came the DLC stuff. While I was happy to see fans get the characters they want such as Joker from Persona 5, Banjo-Kazooie, and Hero from Dragon Quest, I was happy as hell when I saw Terry Bogard from Fatal Fury/KOF and Kazuya Mishima from Tekken join the roster! I also lost my collective shit when characters such as Sephiroth from Final Fantasy and Sora from Kingdom Hearts joined the roster, and I rarely play those games.

Smash Bros. introduced me to several games that were obscure, released in Japan only, and also franchises that I ended up becoming a fan of. In addition to that, it helped me introduce people to games that they never played before. If you liked playing as Terry in Smash, try out Fatal Fury or KOF since there’s a new title coming out soon. If you like playing as Kazuya, try out Tekken. If you liked Sora, play Kingdom Hearts.

Overall, if you are curious about the character you play in Smash and where they originated, don’t be afraid to try out the games that they came from. That also goes for the Assist Trophies and Spirits as well. Who knows: you might end up becoming a fan of the game’s series.