So during the Mighty No 9 saga, many may remember that I never spoke too highly of it. I called a mediocre end product would happen, and when questioned, cited the kickstarters own stretch goal creep as a problem, based on the same problems Shovel Knight had, as well as a management team that had its attention elsewhere instead of the actual game. Now, we all know how that went in the end, so enough about that. However, one may ask, and has been said several times, 'Well Torch, let's see you take a risk on kickstarter and see how that goes'. Afterall, it's one thing to set outside and act all high and mighty to kickstarters, and another to actually support them. To which, I say I have.

I'll be upfront. I don't like the idea of kickstarting a video game, especially since the stretch goals 90% of the time result in bad scope creep that often hurts or puts games in danger like Mighty No 9 or Shovel Knight. It's a messy business and I don't like it. The only game I've ever considered and been one click away from throwing money at was Yooka-Laylee because there was a clear cut end to the stretch goals along with a smaller amount of platforms to develop for. Instead, I've thrown money at boardgames. So without further waiting, the kickstarter games that Torch has thrown various amounts of money at. 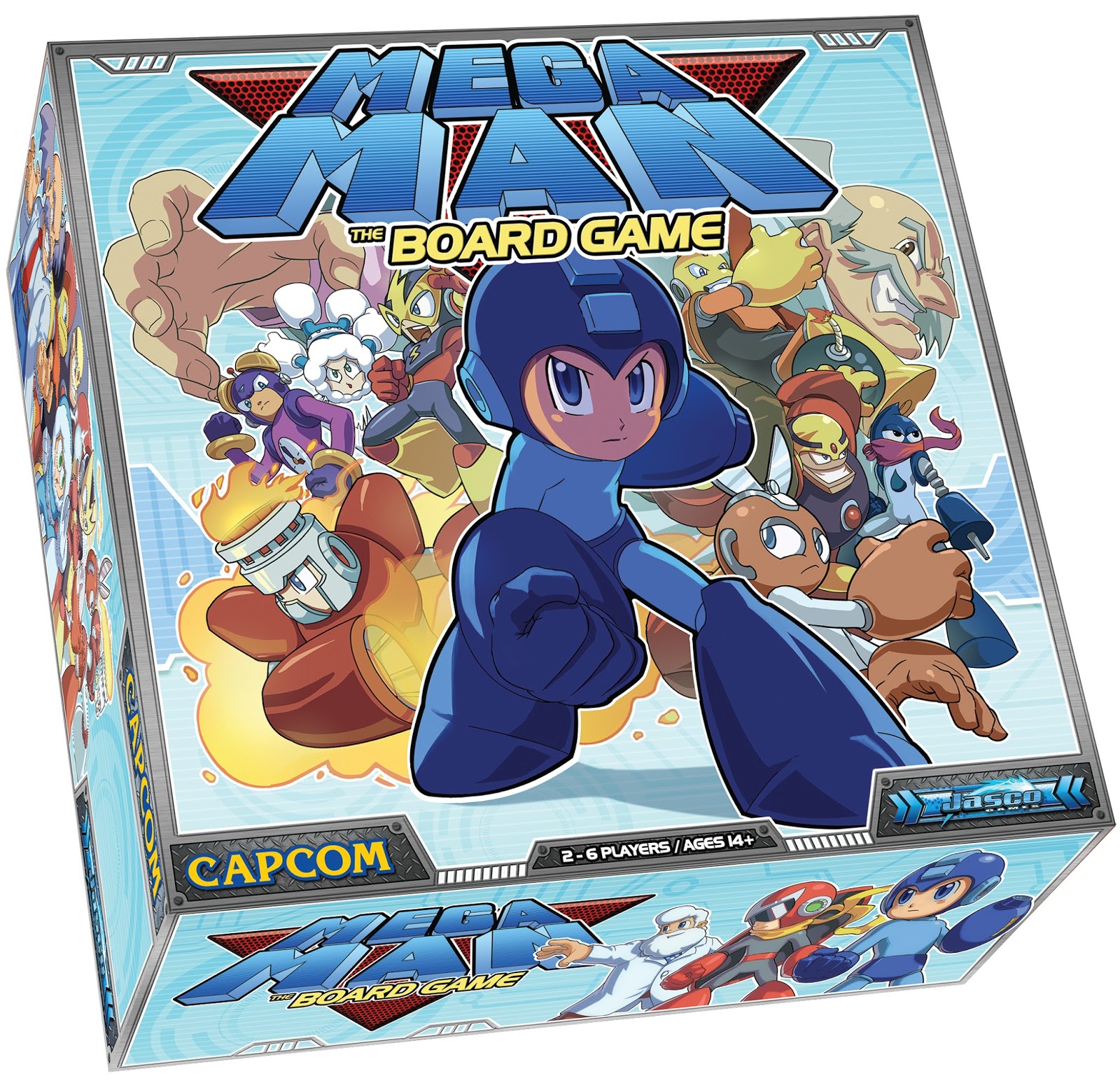 Mega Man The Board Game

This was the first kickstarter I ever seriously looked at and went 'Maybe I'll throw in some money'. It had Mega Man, a company that had some history of designing tabletop games, a potentially interesting design. So initially I pledged the $5 level because the avatar set would be nice for kickstarter, and I could bump up the pledge if it really appealed to me. However, that never happened for multiple reasons.

As the campaign progressed, it went through the same motions that Mighty No 9 did. The scope grew larger, and larger, and larger. The end result was a main game focusing on the original six robot masters and Wily in a similar manner to the classic games, an expansion for Time Man and Oil Man, and at least nine add-ons. At the time, all of that would have required at least a $130 American pledge, which I didn't have as at that time I was unemployed and near broke. As a result, it felt like I'd be grabbing an incomplete game if I backed anything lower than that. On top of this, no one I knew at the time showed any interest in playing it, and the matter of storing and transporting all of that would not have been a simple matter.

The kickstarter opened up on December 12, 2013, and closed January 19, 2014. The estimated date for shipping was December of 2014. American backers didn't get their games until December 2015/January 2016, with international orders, including Canada's shipping after. Some in Europe still don't have their game yet. Arguably, this is due to the major scope increase that the game went through, as every piece of art and figure had to be sent to Capcom for approval before it could be manufactured, including further complications with the printer and shipping.

This was the second kickstarter I ever backed, this time for $35 American. You may have heard of this one. At its core, it's a game of Russian roulette where the bullets are kittens causing something to detonate. Your job is to avoid blowing up while trying to get your opponents blown up. Simple, fun, easy to pick up. I backed it because it was a simple project that would have minimal complications. In addition, Matthew Inman from The Oatmeal would be doing the artwork for the cards and contributing, meaning already I knew I'd appreciate the humor. Plus they'd be working with Cards Against Humanity team for manufacturing and shipping purposes, meaning the entire roadmap outside of the base game being completed was ready. Unlike Mega Man, my friends and family expressed interest in playing the game, meaning it'd be worth the investment.

I didn't even wait for any stretch goals before backing the game. Why you may ask? Two reasons. First, there were only four stretch goals. The first two revolved around expanding the NSFW deck to 20 cards, and then into a full deck. After that, it was creating a box that could hold two decks at the same time with a hinged lid and a magnetic seal. The last one was a nice surprise. Nothing major, but it was nice. The second reason that I didn't wait? None of them were achieved via money. Instead, the campaign proposed various achievements, and pushed the community to achieve them, unlocking the 4 goals after x achievements were done. It was a set end goal that worked within their timeline in order to meet what they promised, which is what many kickstarters fail to do.

The kickstarter opened up on Jan 20, 2015 and closed Feb 19, 2015. They promised to ship the games in July in their campaign. Although it was the final day of July, they did manage to keep their word and started shipping the backer rewards that day. The reason being they thought no one would be really interested initially and planned for only 500 copies when they opened the campaign. They ended up with 460 000 copies to deal with.

I found out about Scythe via Kotaku running an article about the kickstarter. The reason being that they had run an article about the artist, showcasing his work, on their site and that actually led to the board game. If you want to see the artwork posted on Kotaku, as well as other pieces, give his ArtStation account a visit here. I honest to god would commission a painting from this man if I had some way to. No seriously, my wallet is at my screen ready to give itself to him, I want one that bad.

Scythe is a board game set in an alternate era 1920's based on the very paintings that Jakub Rozalski, the artist, made. It's an intricate game that allows 2 to 5 people, or allows a single player to play against an automated deck. I could go on, but I'd prefer you look into it yourself, as it's a game that generally has a two hour playing period, and I'm an awful explainer that would probably make things sound more confusing than they actually are.

I really appreciated how they handled the kickstarter. They were clear that any backer rewards would be available to the public at some point for additional costs, they gave a money back guarantee if you didn't like the game within a month of receiving it, they were very open about the process and kept us in the loop of how to contact them with problems or concerns and when they'd likely get back to us. In addition, they were constantly seeking feedback, much like Exploding Kittens, and ran frequent playtests on their own and freely linked to reviewers that received early copies so that backers would know what the end product was like. It  was open, transparent, and friendly.

On top of this, they had their stretch goals laid out. Improving token quality (material, size, paint jobs), adding extra cards, adding cards and sheets for reference guides, the deck for single player, extra items and improving the player mats. They also had a hard cut off. They recognized that it would bloat the cost of the game at retail, potentially ruin balance, and delay backer reward fulfillment, and they even stated as such, as it would be disrespectful to the backers in their eyes if that happened.

The kickstarter ran from October 13, 2015 to November 5, 2015 and had a delivery goal of August 2016. They actually ended up ahead of schedule and delivered at the end of June for Canada. I received mine on June 29th and it was in pristine condition and well packaged. It was free shipping as well, unlike Exploding Kittens which required a little extra for shipping.

'But Torch', you ask, 'How much did you pay to back this sexy thing?'

Good question. I paid $119 American at a time where the Canadian dollar wasn't great, in order to get the complete board game, which contained all backer promo packs, the board extension, which allows for a bigger board in case people find the default size too small, and a 100 page art book that builds up the lore of the world and features more of Jakub's art. I will shell the fuck out if you have a solid kickstarter and items I want, and I don't regret a single moment of it.

Do I regret any of the projects I've backed? No. I've gotten my monies worth from Scythe and Exploding Kittens, even if I've only done the single player of Scythe so far. Would I back more projects that seem like they'll be able to follow up on their promises and deliver? Yes. That's the key thing about kickstarter in my honest opinion. At any point during the campaign, especially during the final rush of money, you need to sit down, look at the project, and ask yourself "Do I really think they can keep their original promise on top of all these new ones?". If you think you can, then feel free to back. If you don't however, it would be wise to take your money elsewhere, or to wait for the final product at retail, backer rewards be damned. Now if you'll excuse my, I need to go drool over that art by Jakub some more.