As many know, the internet has been swept ablaze with Federation Force hate. The game looks mediocre to many, there's no mainline Metroid in sight to compliment it, and the life of the franchise may very well depend on it's sales. It's not hard to be upset with it. However, it could very well be something more that drives the anger behind Federation Force. Something that has been building up since the beginning of the 3DS/Wii U generation, a problem Nintendo themselves are the source of. Too many spinoffs, and a drive to 'innovate' where it isn't needed.

Before we continue, we must clearly define what makes a game a mainline entry, or a spinoff. For all intents and purposes, a mainline entry is generally set in the same genre and setting previous games were in, while starring the face of the franchise. So a mainline Mario game is a platformer usually set in the Mushroom Kingdom starring Mario, a mainline Fire Emblem is a strategy game set in a fantasy world with a large cast and usually an avatar of some type, a mainline Zelda is an adveture game usually set in Hyrule starring Link. There are of course a few exceptions, the most notable being Kid Icarus Uprising.

The definition of a spinoff in the eyes of a casual, or a Nintendo fan, leads to a more broad scope. While it may still be set in the same setting, if the game doesn't star the face of the franchise, or changes genres or adds a twist, then it will most likely be considered a spinoff. Examples of this are the Kirby Canvas Curse spinoffs, Mario Kart and the Sports titles, and Hyrule Warriors.  A notable exception depending on who you ask is Yoshi's Wooly World, which plays nearly identical to a Yoshi's Island entry, but with a yarn design and the removal of Baby Mario.

In this console generation, the generation of the 3DS and Wii U, Nintendo has churned out a rather large number of spinoffs for a number of titles. On top of the usual Mario, Pokemon and Kirby spinoffs, other franchises that rarely get spinoffs or have never had some had this treatment. Animal Crossing, Zelda, Fire Emblem, Metroid. Those are a few of the franchises that got on the spinoff boat. For some of these, they became an actual problem.

For a Wii U owner, esepcially if they don't own a 3DS or prefer to game on the Wii U, these spinoffs have arguably been some of the worst parts of the console. Look at the titles I listed above, then think about how many have actual mainline, non-rerelease entries on the Wii U. There's no mainline Kirby Wii U, only a Canvas Curse entry. There's no mainline Animal Crossing, only an amiibo based boardgame spinoff. There's no Fire Emblem, only a JRPG based off of the idol industry, with a heavy anime influence, that's supposed to be a result of Fire Emblem crossing over with Shin Megami Tensei. There's no Pokemon game to allow battling on the big screen, which is what a mainline pokemon entry is on a home console in my opinion. Only an entry in the Rumble spinoff series as well as Pokken. There's still no mainline Zelda, only HD rereleases and a warriors spinoff, granted the existance of the rereleases helps with the sting. 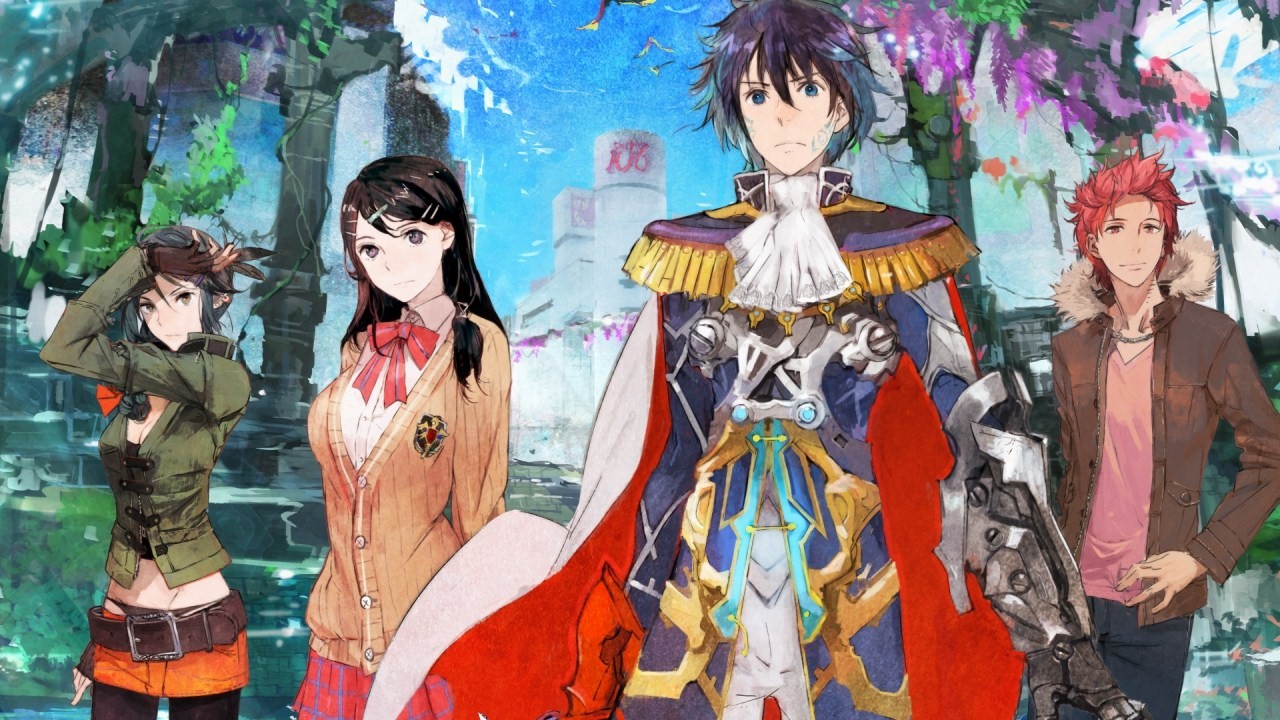 Wii U owners have been having to put up with these spinoffs for years already. They've been ignored and neglected in terms of mainline releases, and this isn't helped by how many dry periods the console constantly goes through due to third parties backing out. Knowing that the NX is around the corner, and that most of the mainline entries have most likely been pushed to there, only makes this worse to them. It doesn't help that some of their games, like Smash Bros and Hyrule Warriors, aren't exclusive to the console, and can be considered better at times. For all intents and purposes, some Wii U owners are tired and sick of spinoffs without a mainline entry on the console, and the 3DS getting the preffered treatment.

For those lucky owners of a 3DS, this has almost never been a problem. This is in part to just how much more active the franchises have been there, for one reason or another, alongside numerous other titles. Zelda, Pokemon, Animal Crossing, Fire Emblem, Kirby... All of them have recieved at least one mainline entry on the 3DS, almost all of which were fairly well done. As a result, when their spinoffs showed up the 3DS, it wasn't that big of a deal. Didn't like the spinoff? Just go buy and play a mainline entry, either a 3DS or DS entry, with the gameplay you know and love. Problem solved.

Which then brings us to Federation Force. The odd one out. 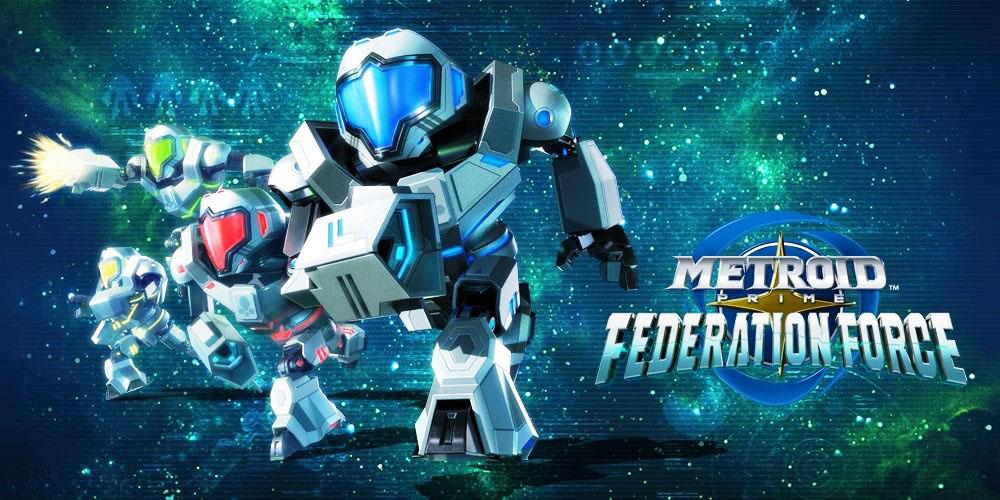 The only new Metroid game this generation

Since Other M, Metroid fans have been nervous for the future of the franchise. While Other M was profitable, it failed to meet it's sales goals timelines, and is easily among the most controversial games in Nintendo's long history among fans. Metroid also had a history of decaying sales, and was never the biggest seller. For all intents and purposes, if Nintendo decided to give the franchise a break after Other M, it would've been justified.

For fans however, seeing that Metroid was a moment of joy! Metroid was alive, Nintendo still cared! Then the moment of horror started to settle in. Chibi artstyle? It isn't starring Samus? A series known for exploration and isolation is now co-op? For those that were waiting for a mainline Metroid they were justifiably mortified. Surely there was a mainline Metroid in the pipelines, much like when Pinball and Hunters came out, or how Fusion was coming out shortly after Prime was, right?

To the shock of everyone, Nintendo informed us there was no Metroid starring Samus in development, and if they were to develop one it would have to wait until the NX? To those that owned a Wii U, given the already bad state of the consoles library, that was a sure fire way to anger them. No Metroid in development at all? On top of that, there was no guarantee an NX title would even be happening at all.

Which then put the franchise in a bad position for those that didn't like it. If Federation Force bombed, it could very well mean no hope of an actual mainline Metroid title starring Samus, like the ones that caused them to fall in love with the franchise. This was given grounds based on comments from those same interviews. So how can fans say they aren't happy with it? Afterall, voting with your wallet is clearly not viable in this case, especially given how some don't like how Nintendo handles digital purchases or may already own the games. The only real way to voice their frusturation is to turn their voices to social media and other web sites, much like Dtoid.

Federation Force isn't the only franchise going through these strange motions at Nintendo however. Two notable franchises, Paper Mario and F-Zero, have also been hurt by this cycle of changing things up, for the sake of 'innovation'. For F-Zero, the public statement for lack of a new release during the Wii was due to the hardware not being strong enough. Which is a fair argument, with F-Zero being known for it's blazing speeds and 60 frames per second gameplay. Anything less was unacceptable, especially considering how much they dropped the graphics in X to get that 60. Then the Wii U came around, with many asking the question 'Well we have far better hardware than the Wii, so where's F-Zero?'

Fans were then told they, in house Nintendo staff, couldn't think of a new mechanic or gameplay element to implement in a new F-zero, to basically help differentiate it from previous titles. Why? Why does there have to be a new gimmick to the title? Why can't we just get a simple GX 2.0? New maps, some new racers, refined controls, new story mode. There is absolutely nothing wrong with that. The only time people really have a problem with that is when a franchise comes out annually. It's even more of a slap in the face to fans considering New Super Mario Bros doesn't do a whole lot between entries besides dig for the nostalgia factor. Hell, there's nothing wrong with a rerelease, since that seems to be the majority of the Zelda relreases this generation.

Sorry Cap, it's too hard for an old company to teach you new tricks.

This isn't even starting on the subject of Paper Mario. After the critical and financial success of both The Thousand Year Door and Super, you would think that the next title would continue to build upon the incredible foundations either of them had, given fans loved both (although granted some were upset Super wasn't a proper RPG like TTYD). Instead what do we get? Sticker Star, a game that is a mere fragment of what TTYD is, all because Miyamoto had to come in and flip the table, and IS failed to save the project and work with the new conditions.  A game that has now become despised among a large portion of the Paper Mario fanbase.

Why was there a need to reinvent everything, to add in these wierd gimmicks? There was a perfectly good foundation right there, ready to go, that had not been used for a generation. All they had to do was use it again, and fans would've been happy! What are we even getting out of this? All that's happening is a drop in quality is arguably happening across the board, something that is rather major considering this is Nintendo we're talking about, where their name and quality should go hand in hand.

This awful situation wouldn't be happening without the toxic mindset that the higher ups of Nintendo seem to be plagued with. It's incredibly frusturating to see so many of these franchises either stuck in purgatory or going downhill, to the point where it's hurting the fans experience of certain consoles and games. It's like as though there's this disconnect in the higher ups between this need to innovate, and failing to understand what got the franchise to where it was in the first place, sort of like Capcom is with Resident Evil. The failure to recognize that people would like proper home console entries from some of these franchises in and of itself is a sign of this.

For just a single day, I would love to be able to just halt production at Nintendo. Just halt it there and then. I'd love to be able to take the higher ups, especially Miyamoto, and just take them to a group of Nintendo fans. Not necessarily die hards, the 'I will buy and defend anything you put out, regardless of quality' ones, but the ones that are willing to be harsh on the company because they care and believe they can do so much better. I'd like them to find out what those fans actually think of Sticker Star, of the various spinoffs and how that's basically what the Wii U is, of the lack of activity from certain franchises. Because while gamers can be indecisive at times about what they actually want from a game, there's something important to remember.

Your fans are the ones that are keeping your company going, and the ones you'll rely on when things take a turn for the worse. And if you're not putting out what they want, then they have no reason to help you.