It's not goodbye, it's "Smell ya later." 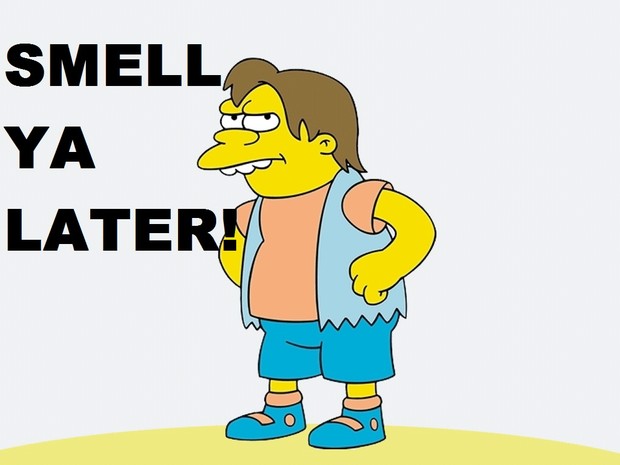 Hey everybody. I've sat here for a few minutes staring blankly at my computer screen trying to find the perfect way to say this. Unfortunately, I've discovered that there is no "perfect" way to say it and I'll just come right out with it: the Friday recap will be my final blog. My time here at Destructoid has come to a conclusion, at least for the time being.

However, I'm not leaving out of bitterness, I'm not leaving because I felt personally attacked or ostracized, nothing at all like that. There are two main reasons, the first being time, which is something that I don't have a lot of and something I'll have even less of in the coming months. I'm being trained for a promotion at GameStop, and my wife and I are being trained to become the head youth pastors at our church, both of which are going to require more of our attention.

The second reason is a very personal one. One that I'm not going to give many details about because it basically throws a fellow Dtoider under the bus, and it's a Dtoider that I love and one that does wonders for the community. Again, nothing this person did was directed towards me, they did absolutely nothing wrong, but based on what I believe and how I believe it, I feel it's just best for me to take a step back for the time being and return when the time is right. I believe in appointed times and seasons, and for now, this is what I'm being led to do.

I like to believe that I'm leaving Destructoid in the same way that I left the professional wrestling business: with no bridges burned, a clear conscience, and (hopefully) an open invitation to come back in the future.

Destructoid has been my online home since 2009, and I've had a lot of amazing milestones since joining the community. I lost my mind when one of the first blogs I wrote here got front-paged, and I continued losing my mind every subsequent time that it happened. I got to meet some of you at PAX East Dtoid meetups, and Nanashi, if we're lucky enough to get tickets again this year, we must get together again. I got an email about six months ago from Mr. Andy Dixon telling me I was being considered for a front page contributor spot, and even though it didn't work out in a paying gig for me, I still have that email saved because it meant so much to me to think that people believed in my abilities as a writer.

And finally, I joined the recap team back in October, taking over Friday recap duties for Ben Jones, or as we in the community know him: the legendary Bbain. I finally felt like a true member of the Dtoid team instead of just a dude who was writing top 5 blogs and yapping about pro wrestling from time to time.

You don't need to worry about me going to some other community. You won't see my name popping up at ScrewAttack or IGN, Destructoid is and will forever be my gaming home. This will still be the first site I get on when I open up a browser, and it'll still be where I get my news.

I'll still be writing occasionally, but for the most part, I'll be transitioning my content to being mostly video based. While I don't want to turn this into a cheap plug, here's all the places you can keep in contact with me or check out my content if you so choose:

Also, my Dtoid account isn't going anywhere. I'm not deleting it, it'll just lie dormant for the time being. So, if you PM me, I'll still get the notification sent to my email, so you can do that if you wish to have longer, more in-depth contact with me (note: the only topics I really know anything about are Jesus, videogames, sports, pro wrestling, The Simpsons, and weightlifting, so if it's outside of those parameters, it's likely you'll get a picture of me with a blank stare in your inbox).

Like I've stressed, don't be sad that I'm going on a hiatus. I like to think I've left some sort of impression on you, as you have on me. I don't know why I'm mentioning this person specifically, because we've had limited interactions with each other, but I bet Hyper Lemon Buster Cannon and I would be great friends if we were in closer proximity to one another because of our mutual love of games and sports. That's just one example of the ways someone in the community has left an impression on me. You've all done so in your own special way.

You guys have given me a ton of great memories over the past 6 years, and I'll likely stop by from time to time just to say hi (and to plug my YouTube channel), but this is what I need to do right now. 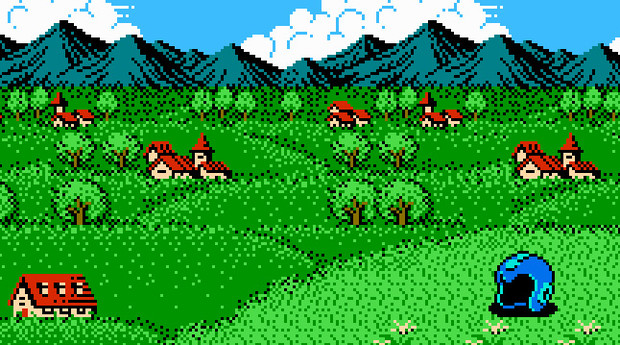