What's going on everybody, it's time for another enthralling episode of my Flea Market Game Finds.

This weekend was threatening rain all day on Saturday, which usually makes for a pretty pointless venture to the flea markets, but luckily the rain cleared out and it wound up being a very plentiful day.

For a total of $65, I managed to pick up a total for 14 games from several different systems, including everything from modern to retro on both consoles and handhelds. I managed to get games from my favorite franchises, as well as adding to my NES collection for the first time since this flea market season has begun.

If you're too darn lazy to watch a video, here's a picture of my own personal haul, but if you want to see everything Chris picked up this week, you have to watch the video. Overall though, I think I won the battle this week. 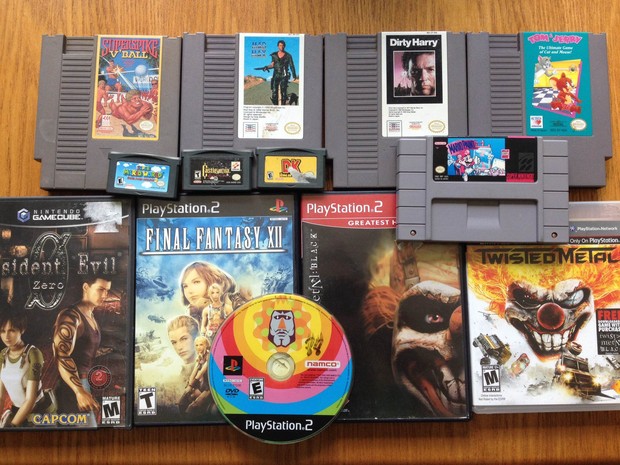 And I wanted to share one last thing with you guys.

This is the latest Error Machine video, it has nothing to do with videogames, which is why you likely haven't seen it yet, but it's probably my favorite video we've done, so I figured at the very least I would allow it to piggyback off of another post. It'll be the best 4 minutes of your day.

Thank you guys for watching. We're finally recording the long overdue episode of the podcast today, so be on the lookout for that soon.

#Video
Login to vote this up!