Does Backwards Compatibility Matter to You?

Recently, Grand Theft Auto IV became backwards compatible on the Xbox One. Any time a game becomes backwards compatible, I think to myself "that's rad" and then put on some wicked bad shades and throw on a backwards t-shirt featuring Bugs Bunny and Taz (who are also wearing clothing in an improper fashion).

However, I did not carry out this particular wardrobe upgrade when GTA IV was announced as backwards compatible. Instead, my reaction was one less of excitement and more of confusion. If I were to give Grand Theft Auto IV a very quick and dirty review, I would say the combat sucked, the driving was terrible, I hated every character, the world was drab, and I don't understand why so many gaming outlets gave it their game of the year award in 2008. I just can't understand who would want to play GTA IV on their Xbox One when you already have a far superior Grand Theft Auto game available to you in GTA V.

While at work this past week, a customer asked me if we had a copy of 2009 Ghostbusters on the Xbox 360. After looking it up in our inventory, I discovered three things:

Like clockwork, any time an Xbox 360 game becomes playable on it's successor console, the price shoots up, and I don't understand it. The games don't suddenly become harder to find, but the demand for them skyrockets. I'll be the first to tell you that I absolutely loved the 2009 Ghostbusters game. I pre-ordered and paid the full $59.99 on release day, receiving the sweet pre-order bonus t-shirt that I was too fat for at the time. When I discovered I could play Ghostbusters again, I got really excited. I still have my copy, so I could just pop that bad boy in and immediately I'm transported back to New York City in the midst of a paranormal epidemic. But why would I want to do that? 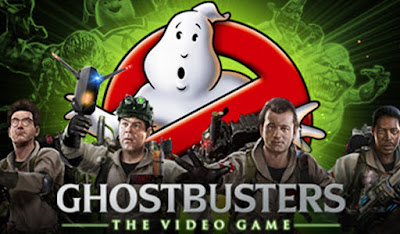 The problem backwards compatibility causes for me as someone who works in video game retail is that suddenly we have an influx of people looking for the latest backwards compatible game, then our warehouse sends us twenty more copies, and then all those people that bought the game realize they didn't really want it and then trade it back in to us, and now were sitting on a ton of copies that we can't sell.

If you're thinking "Dustin, isn't that a good thing? You get the sale and then get the trade in a couple of weeks later, that's what your company's goal is." And to you, I say "Hey, you're right." 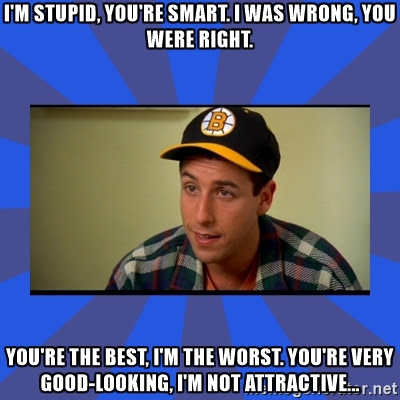 That's it, you're right, there's no argument I can give to that. You make a valid point. You were right, and I was wrong. Sitting on so many copies is sometimes a nuisance, but it's always better to have too many copies than too little. 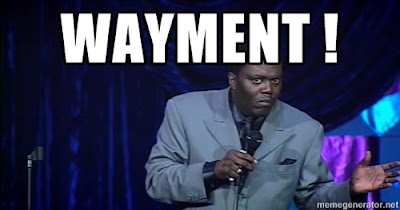 Did I really just say that? I love Alan Wake. It almost cracked the top 10 when I did my top games of the century list a few weeks back. But as much as I love that game, it's been backwards compatible for over a year now and I haven't even taken it off the shelf. I keep telling myself that I need to play it again, but I haven't, and don't see myself doing so any time soon.

In fact, the only backwards compatible game that I've played any amount of is Dead Space, and the only reason I did so is because it was the first episode of Til Games Do Us Part that my wife and I did, and I thought it would be fun to freak her out.

I was right, it was incredibly fun.

But I haven't gone back to Dead Space since and likely never will, despite being an amazing game.

Perhaps another reason backwards compatibility isn't very important to me is because I'm a collector. I'll occasionally sell or trade a game, but I never get rid of my systems (I've made that mistake before and regretted every moment until I got that system back). I never got rid of my Xbox 360, so if I wasn't all gung-ho about replaying Alan Wake during the years prior, why would I get so excited about being able to play it on my current Xbox console?

But there are many people that are not like me. Many people part ways with their systems to put towards the purchase of the latest and greatest console, but I don't allow myself to do that. I can almost guarantee you that despite the fact that the Wii U has some of the best games I've played in the past few years, I will never bring that thing out of the box again. The collector mentality rears its ugly head yet again.

For people that no longer have old consoles for whatever reason, backwards compatibility is a big thing. If I didn't still have my copies of games like Alan Wake, Left 4 Dead, Portal 2, and Ghostbusters, I would have been right there alongside my customers that had a sudden and irrational frothing demand for Call of Duty: Black Ops.

Some people are upset that the Switch won't be compatible with Wii or Wii U games. That shouldn't surprise anyone. Yes, their recent track record has seen them promoting backwards compatibility as a reason to purchase their systems, but prior to the Wii, there had never been a Nintendo home console with backwards compatibility. Let us not forget the shoulder-padded moms of the early 90s upset that they were being "forced" to buy a new Nintendo.

I wish my official title could be "Super-Nintendo User."

Let me clarify that I'm not upset that backwards compatibility is a thing. For anyone that wants it, I'm glad that you have it. If you're not like me and find yourself playing those older games again, I'm very happy that you have a way to replay these games that you love.

The point I want to make is that I don't think backwards compatibility should be something to get upset over for not being present on a new system. A game being backwards compatible on Xbox One should not cause a sudden spike in a game's price. The prices of games like Red Dead Redemption and Grand Theft Auto IV increased anywhere from double to quadruple what the price was before being updated.

The pricing structure of any consumer product is dependent upon supply and demand. Supply is up, demand is down? Prices plummet. Supply is low, demand is high? Time to sell that NES Classic on eBay. But backwards compatibility increases demand with no change to the supply. These games aren't being produced anymore, but they're not hard to find. Walk into any used video game store, pawn shop, or flea market and you're going to find a copy of GTA IV with Niko Bellic's big, dumb face staring back at you.

Red Dead Redemption sold so many copies that it's like that old saying about spiders: You're never more than eight feet away from a copy of Red Dead Redemption. That game is suddenly $25+ despite being overrated and terrible. Yeah, I said it.

For me, backwards compatibility isn't a selling point and honestly doesn't matter to me a whole lot. It's a nice feature for those that want it, but it's not something that I feel needs to cause the kind of frenzy that it does. A popular game becomes backwards compatible and suddenly it's trending on Twitter.

I feel like backwards compatibility has a lot more impact on the gaming industry than it should. But, at the very least, it beats paying $60 for a remastered version of the same game.

What are your thoughts on backwards compatibility?

Thanks for reading, and don't forget to check me out elsewhere on the internet.