I'm not sure I'm real. I mean… I know I'm here right now. But sometimes when I look at what I've made I doubt myself. I’ve found myself trapped in a negative loop.

i mean things are kind of bad

Two of my games have been published in this month's issue of Indiepocalypse. It's a game-bundle-zine-combo dedicated to highlighting new indie developers on the site Itch.io. I'm also about to graduate college after making the baffling decision to pursue an engineering degree in Computer Science and an art degree in Drawing. It has taken me almost 7 years.

I think I've always wanted to make games. I dabbled in high school but I didn't start taking the idea seriously until about a year ago. My first project was a text adventure game called Superconscious written in Python. I'm still pretty proud of the actual game, but the code itself wasn't particularly well written. While my initial venture went well…

After numerous failed prototypes I became demoralized. Perhaps game development wasn't for me? If I couldn't design and implement simple text adventure games then maybe I wasn't cut out to make anything larger. I stopped trying for about 3-4 months.

…But then I saw the flyer for the Solstice Fire and Ice Game Jam.

As long as I've lived in Alaska I'd never seen a game jam hosted here. Perhaps they've occured, but I still haven't seen them. Despite feeling convinced I would fail during the competition I signed up anyway. We were given a week to produce a game through any means that would then be evaluated by a team of judges. Extra points would be given by the judges for using fire/ice as gameplay/narrative or for incorporating the themes of boreal wildfires.

I think it would be an underestimate to say I lived in that game for a week. As in my free time I really didn't do much besides work on it. Working in a jam is tough, but by now I'm used to several hour coding sessions in front of a computer. Adding. Tweaking. Reconfiguring. It's an exhausting and draining experience. Some might argue that it is unhealthy...But ultimately I would say that time was worth it.

At the end of the week I turned in a game with some bugs and typos (which I have since fixed). I wanted to win something, but I was unsure of my prospects. After all, I could barely manage my prototypes just months prior.

My game was EXTENDED CARE UNIT ROOM 19-B, a horror adventure about feeling trapped in a hospital room. It earned first place at the jam, and even netted me a modest financial reward. 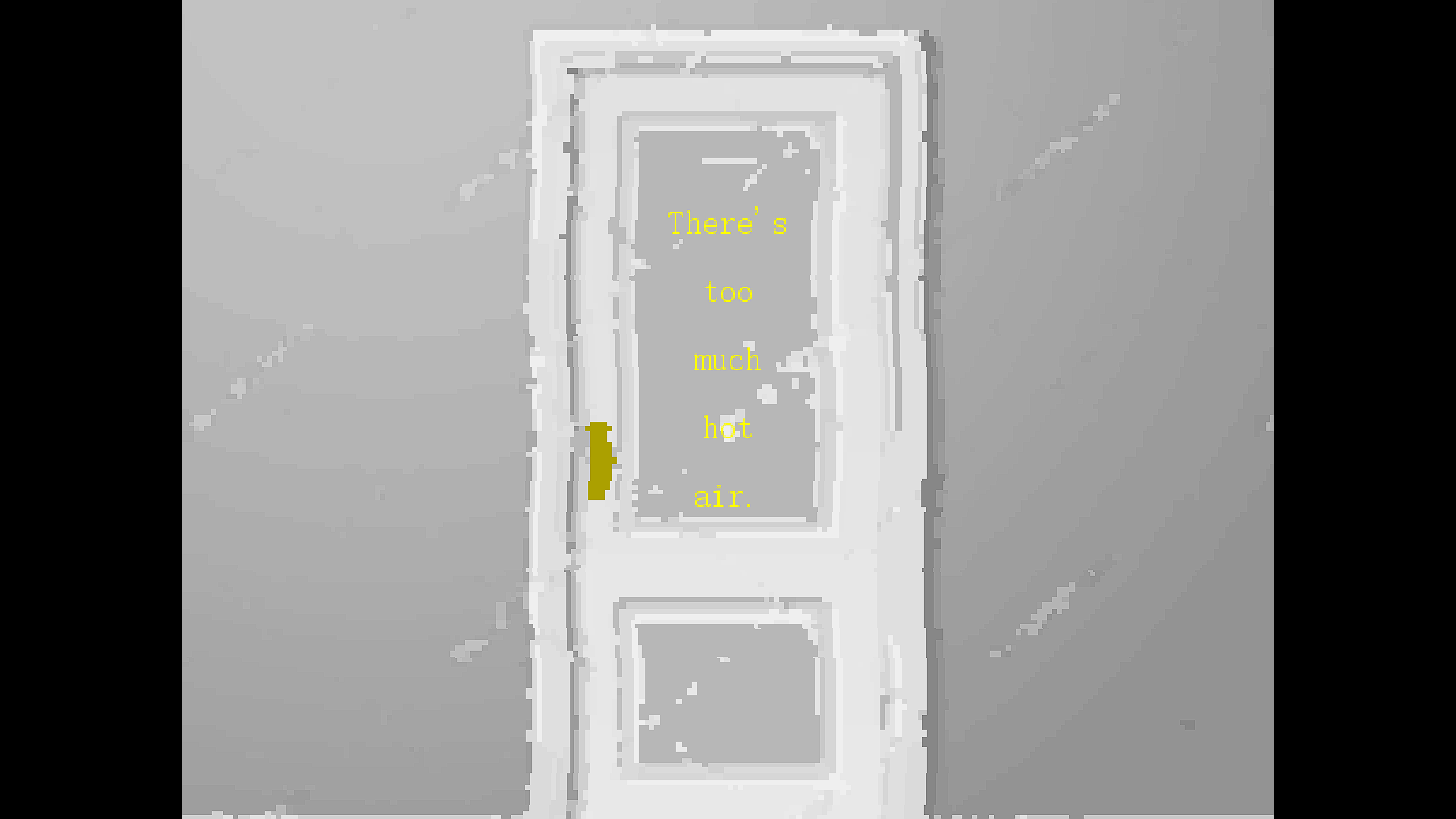 maybe I can make games.

what am I saying.

Shortly after I discovered Indiepocalypse, a super cool gaming zine bundle designed to give independent developers and artists a larger platform than they might have had on their own. If you’re unfamiliar with the wild west of the indie scene at Itch.io I encourage you to take a look at the site and check out what many budget-less developers are working on in their spare time. It’s a totally different vibe than not just mass market games, but even smaller indie teams. You can find some weird/ good/ honest/ creative/ different/ awesome/ terrible/ wonderful stuff on sites like this.

So obviously I wanted to be a part of that.

I submitted to Indiepocalypse but was… not selected… multiple times.

there it is again.

I drifted away and realized that maybe I just needed to keep working. So many people are making beautiful things. They work so hard. I should try and be like them.

In the following months I ended up helping with a group which came to be known as AYVA (Amplify Youth Voices Alaska), a CARES grant funded project designed to promote youth art and assist with mental health during the COVID-19 pandemic. Through a series of events I can only describe as pure luck I ended up developing an interactive short story for this project which I pitched as "Depression Quest for youth about Covid-19". 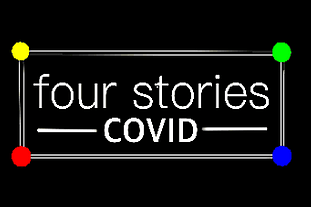 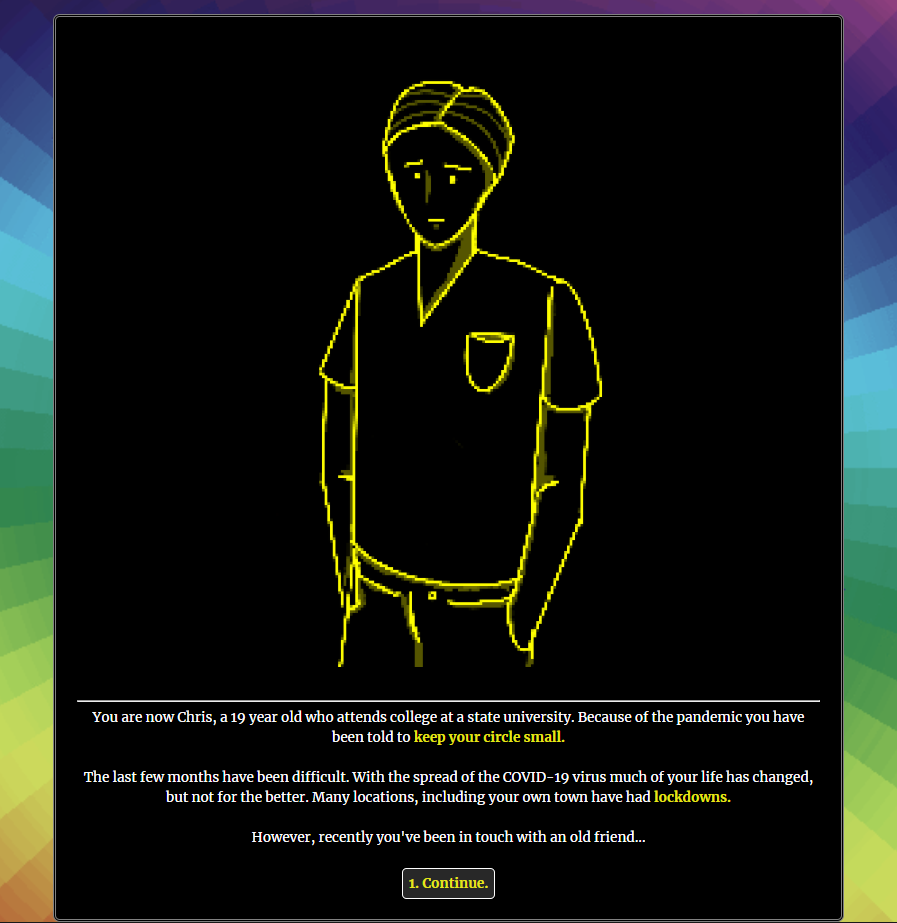 The resulting game is four stories COVID (which interestingly enough features a section in a hospital just as my previous title). The goal is generally to spread awareness about COVID-19 and provide youth (and older people too!) with digestible information in a 10-15 minute long narrative package. As such I designed it to be playable in a browser on either mobile or desktop to allow for maximum accessibility. While the game is currently live, the project won’t officially “launch” statewide until later this month.

Following the completion of this new game...

I once again entered into my unhealthy loop of:

no wait I did something

...I tried resubmitting to the Indiepocalypse, this time with both games. And a few weeks later I received an acceptance email.

I was unsure of how to feel at first, but my preoccupation with the event didn’t last long.

The week of the release I started to feel intense pains in my abdomen. It started slow, but became incredibly sharp over the course of several hours. After much resistance I had my partner drive me to the emergency room. It was there I was informed in a matter of hours that I would be staying in the hospital for an extended period. I was either having my appendix surgically removed or I would be at risk for serious infection and death.

It was then that the irony truly sank in. After designing two games that heavily featured hospitals and extended life threatening stays, I was now living out the reality of my simulation.

This became further compounded when the nurse interviewed me about the status of my will and complications of death and additional emergency surgery. While the likelihood of it occurring was less than 1%, it was certainly a shock to be trapped in a scenario where that little number suddenly meant so much.

In the moments leading up to the operation my brain’s thoughts drifted into existentialism:

fuck man. could this be the end of my journey?

The following days were a fever dream of constantly being fed narcotics and antibiotics. Half-awake and half-asleep. No family or friends to comfort me, as they weren’t allowed to come inside the hospital due to COVID-19 regulations. All of this between Christmas and New Years.

By the time I had regained my senses I received a notification:

...and someone was even streaming my game on Twitch... 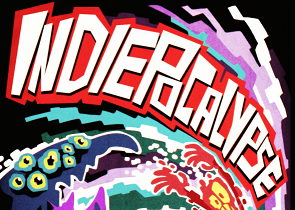 I entered into the loop again. But my reaction was different this time:

i believe in myself.

I wanted to write this because I know there’s a lot of people out there who have struggled with the same feelings as myself. People with weird/ good/ honest/ creative/ different/ awesome/ terrible/ wonderful ideas. People who I want to see make those wonderful ideas into reality.

Last year was really hard for all of those people.

I spent the last days of that year alone on the edge of the world.

I’ve come back to tell you no matter how hard it gets it’s worth it to keep trying to do better. To be better.

You can check out my games here (I also wrote/illustrated a short sci-fi comic which you can download for free as well): https://ambrosio.itch.io/

I will be teaching local kids in my state how to make games in the next couple months as well. It’ll eventually be available as a recording on this website, likely in March. You can also check out our COVID-19 project too: https://storymaps.arcgis.com/stories/ed9f4d5bfb84461a94c91a6b862ae7a8

In the last few months I also started developing a full game called D/E/A/T/H. It’s an adventure-game-shmup hybrid inspired by visual novels like Saya no Uta and Snatcher and retro shooters like Galaga and Spacewar. I’m very happy with its progress so far and plan to release the finished version sometime in late 2022 for PC and Switch, with part of the proceeds going to a mental health charity. Even though it’s playable currently I’m not ready to show it. So here’s the most recent pass at the logo:

If you want to support me and other indie developers, consider buying the most recent issue of Indiepocalypse. We get a payout from the sales of this issue. These kind of devs don't usually get attention on game news sites, but these guys really deserve it! And I played all the games in the issue. They’re all awesome: https://pizzapranks.itch.io/indiepocalypse-12

(I also want to give a small shout out. I used to have an account here when I was a teenager. Many years ago. I used to post blogs, comments. I posted my art once. And a kind DTOIDer named Occams told me it was good and gave me some money to make him some more art before I ever even thought of taking myself seriously. I don’t know if you’ll read this, but thanks man. I think my journey might have started years ago on this site and I didn’t even know it. This site rocks.)