I'll wreck your Ralph... or something...

8:16 PM on 06.25.2012 (server time)    0
I haven't blogged much of late, as my laptop is out of commission. I'm short on cash to fix it and can't upload images from the iPhone 4. I do have a blog I've been drafting, but as one might imagine it gets tiresome inputting all your thoughts on a tiny software keyboard. Still, I want to have something to offset the inevitable, mind-numbing deluge of Mass Effect 3 blogs that are sure to ensue this week. Fight the good fight and all that. I should have it tweaked by Wednesday, Skyrim: Dawnguard permitting.

Anyway, on to my topic - an image from Wreck-it Ralph and what it says to me:

So far it's mostly been a boy's club of arcade nostalgia for this movie, so it's nice to see Chunny is in. Dunno why she's as tall as Zangief, but I guess they want Ralph to be the real contrast of the movie compared to everyone else.

Word is Cammy is also in, though Disney might modify her outfit a little, for obvious reasons.

Sad: Here's where the image is worth a thousand words, though I'm not much for counting these words on this iPhone.

Qbert and company have fallen on hard times. One of the baddies has a sign saying he'll work in an FPS for food. Could there be an undercurrent of commentary on today's gaming trends? The story does point to Ralph wanting to transition from arcade baddie to "modern" hero in a game called "Hero's Duty."

Already, the movie seems to nudge at the differences with the games of today and those of the 80's and 90's. There certainly is a sort of whimsy video games from that time were allowed to have that's deemed uncool now by "hardcore" gamers. Were Qbert to be a new game today it would be an iPhone or indie game sneered at by the hardcore CoD fan. Sneered at until useful, anyway.

It has always bugged me that when gaming is under fire for violence by the media that gamers will run to arcade classics and games like Animal Crossing to show they're not all that way, yet when the coast is clear they turn around and condemn casual or retro games. It's becoming cliche.

Meanwhile they'll try to express how deep and mature a game like Heavy Rain is and people hope wank like that is what will bridge the gap to the mainstream non-gamer, to appease the Roger Eberts. I doubt it, as TV and film already have plenty of actually good crime dramas.

Sorry, but I can't even sit through five minutes of anything David Cage writes without finding a logical discrepancy or something inconsistent with the way actual humans communicate. No More Heroes, on the other hand, knows its a game, doesn't apologize for it and while it's juvenile as hell it's also brutally honest and gets to its message faster. All that glitters is not gold and revenge is a hollow endeavor.

While it may be too soon to say, Wreck-it Ralph seems to already be looking at the past not for nostalgia's sake alone, but possibly also to put gaming in perspective. It can be a trivial, wacky thing and that's OK. In fact, that might be gaming's greatest strength. Most pastimes are trivial, wacky things, but that's where all the cool stuff comes from.

Four of my favorite games this year have been Kid Icarus, Lollipop Chainsaw, Xenoblade and Pokemon Conquest. They embrace the weird with wreckless abandon and are great for it. Feudal Japanese warlords catching Pokemon? Zombie-hunting cheerleader? Angel that needs help flying? Explore a world that is really two dead robot gods? All works for me. 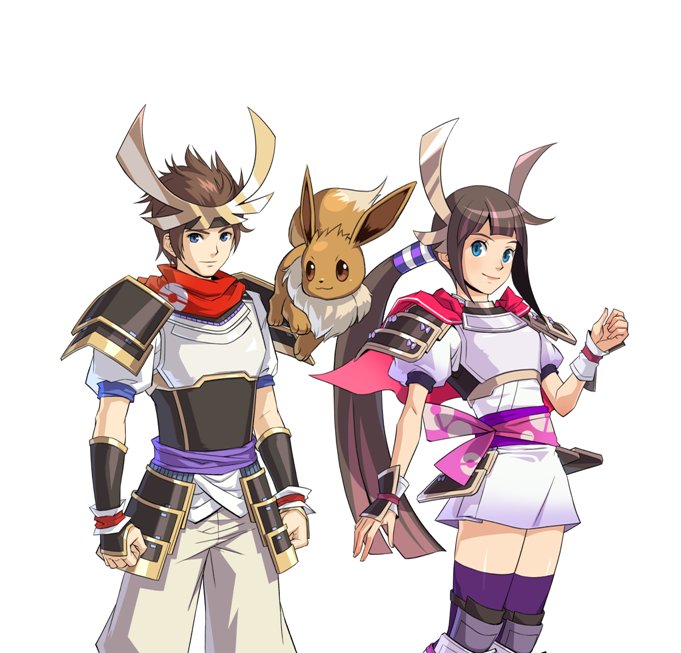 This year has really brought back some needed weirdness. I like my gritty moral dilemma RPGs, but I need something to offset them. Gaming can take us places we wouldn't have imagined logically. Qbert was born out of the design limits of its era (or drugs and too much geometry) yet that's what makes it special and worthwhile.  It's kind of sad to think this all could be abandoned willingly in the ongoing march toward greater realism.

Not that I'm overlooking games like The Journey, Fez, Limbo, Mutant Mudds, VVVVVV or Muramasa - they all do thier part to keep games honest and I'm very glad for that. There's still clearly a market for me, but it's sad to think one day there might not be.
#ShareonCommunityBlogs
Login to vote this up!