Hello glorious world of D-Toid, this is KINGof210, long-time stalker of Destructoid since about early-2008, and now I wish to provide a PROPER introduction that apparently had been printed out and missing for over a year. Yeah, that’s the ticket. That’s my story and I’m sticking to it. 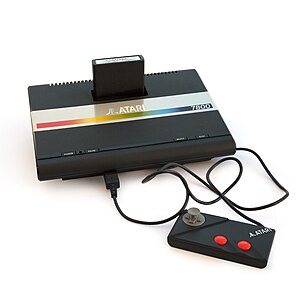 Delirium aside, my journey in gaming began back around 1988-1989, practically by the grace of God; my first babysitter (now one of the Mothers at my church) had a son who owned an Atari 7800. I was a 3-4 year old moving the joystick around and pressing that big ol’ red button and being fascinated just by watching things happen on the screen that I was controlling. It was freaking magic! Like David Copperfield magic, not David Blaine “stunt” magic. Screw that noise. 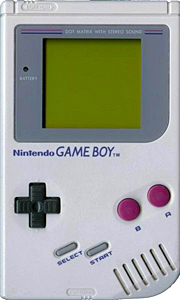 The first system I owned (i.e., my mommy and daddy bought for me; ‘cause that’s how it usually starts, right?) was the Game Boy, that beautiful, grey-bricked, piece-of-magical nostalgia, back on Christmas of ‘91. Some of my favorite games were Super Mario Land (of course), Tetris (of course), Daedalian Opus, TMNT: Fall of the Foot Clan, Mercenary Force, Snoopy’s Magic Show, Dr. Mario, and Q-Billion. I had the thing for about 2 years and was enjoying it very well before I fell into the temptation of the all-color Sega Game Gear and its TV Tuner. Yes, I confess that I sinned; but I was 7, so what could I do.

Now, when you’re a kid, your parents often dictated your gaming time/collection; in order to get the Game Gear, I had to give away my Game Boy. Yikes; I guess I can categorize that as my most painful and earliest of break-up experiences, EVER. But I did get that Game Gear on Christmas of 1993, packed with Tom & Jerry: The Movie: The Game!!!! Other than that “masterpiece,” This was when I became a hardcore Sonic the Hedgehog Fanboy; I owned Sonic 1, 2, Chaos, Triple Trouble, Spinball, Blast, and, yes, even Labyrinth. Other than those (along with Jurassic Park, Power Rangers: The Movie, and The Lion King) were my favorite games on that system. When I turned 11 in ‘96, my parents surprised me with a Sega Genesis (from FuncoLand, oh the memories), packed with NBA All-Star Challenge (awesome!) and Bart vs. The Space Mutants (bleh!). And here’s the kicker, it had those glorious HIGH-DEFINITION GRAPHICS!!! Man, I could have sworn that games wouldn’t look any better. Was that too obviously sarcastic? Yeah, I agree. Anyway, this time I was allowed to have more than one system at the same time; I was becoming a grown-up! YAY! I passed on the Sega CD and 32X (even at the reduced prices) and just focused on Sonic 2, Sonic & Knuckles, Sonic 3D Blast (see, there’s that Sonic Fanboy coming out again), NBA Live 97, Ultimate MK3, and Virtua Racing. On occasion, I would even hook up my Genesis to my Game Gear via the RF input on the TV Tuner, and play games on it! And yes, my eyes sure DID hurt!! 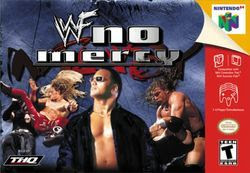 Two years later on Christmas of 1998, my grandparents chipped in to get me a Sony PlayStation (refurbished from FuncoLand; yes, there’s that name again) packed with Mortal Kombat Mythologies: Sub-Zero (and you know what, I actually like that game). By this time, I was again permitted to keep the Game Gear & Genesis along with the PS1, so YAY! I’m a grown-up, er, growner-up?! Yeah, that’s it! Although Final Fantasy 7, Resident Evil 2, and Metal Gear Solid sent me into the loving arms of the PS1, the inclusion of the WWF SmackDown series made me squeeze my PS1 a little tighter. Even if the N64 had the WCW and WWF/E games that were AWESOME (World Tour, Revenge, WrestleMania 2000), I did not pick one up until WWF No Mercy came out in late-2000. So yeah, to me, WWF No Mercy was MY KILLER APP that persuaded me to get a N64. Plus, the N64 was the fist system that I purchased with my own money! YAY! I’m a….a….grownest-up; ok, how does that crap work?!? What’s next, “growner-est up?!?” That’s enough of that crap…

As the newer systems came in, older ones had to fly the coop; almost like a young gamer’s version of “empty nest syndrome.” After receiving a PS2 on Christmas 2002 (with Maximo, Onimusha 2, and WWF SmackDown "3"), I bought the Sonic Mega Collection Plus, which is AWESOME (and yes, I know I’ve used “AWESOME” a lot in this blog, and again just there), I felt comfortable enough to give away my Genesis to a family from my church, and the PS1 went to my little sister (who was 5 at the time). To keep myself entertained with games and DVD movies, I took the PS2 with me when I attended Texas A&M to work on my Bachelors from 2003 to 2007 (leaving the N64 & Game Gear at home). In 2007, I started grad school at UTSA, got a new job, and rewarded myself by purchasing a 60GB B/C PlayStation 3 (now 500GB), handed down the PS2 to my sister (who still has it), and donated the PS1 to a young boy from a children’s shelter. To be honest, I got so sentimental about donating my PS1, that I made a video showcasing all of my PlayStation hardware (including my PSP that I originally bought in 2006 and upgraded to a PSP-3000 model last year). Check it out:

Since about 2008, I’ve purchased a Wii and a 360, repurchased most of the systems that I once owned (slimline PSone, slimline PStwo, and Genesis Model 2), as well as purchasing systems that I had extensively played over at a friend’s house or elsewhere. Those systems include: Intellivision, Sega Saturn, Sega Dreamcast, Super Nintendo, Nintendo Gamecube, Xbox 1, and a Nintendo DS Lite (that worked, but was pink and a dog’s chew toy, so I recently replaced the case of the system). I’m cleaning a few things up, so soon I hope to post a blog to showcase my gaming setup and game collection in the near future. 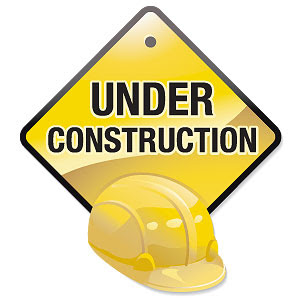 Alright, well I think that about covers most of the basic stuff. So now, I’m going to fulfill my duty (heh-heh, “doody”) and make sure to bathe and cleanse my thoughts and words with the purest of soaps and water so I don’t stink up the place. Feel free to add my on PSN (KINGof210) and/or XBL (TezKINGof210), and just say you’re from DTOID.

--KINGof210
#Community
Login to vote this up!

I'm a HUGE history-nerd and gadget-nerd! Been playing games since I was 3 (1988), and the first systems I remember playing are Commodore 64, Atari 7800, and the NES. The first system I owned was the old gray-brick Game Boy, and my most recent system purchase was the Dreamcast. I finished grad school at UT-San Antonio (Architecture) in '09, and have a Bachelor's Degree in Environmental Design from Texas A&M I remain the proudest member of the Fightin' Texas Aggie Class of 2007! I'm a HUGE fan of professional wrestling and the San Antonio Spurs since 1989 (David Robinson's rookie year; GO SPURS GO!)

Systems I used to own:
-"Original" Game Boy (sold and regretting it; I was a stupid, stupid child).

Helped purchased a DS Lite for my younger sister. She's turning into a little gamer! I'm so proud! *tear*