When I look into your eyes...

... there's a special kind of feeling I get. From the bottom of my heart to the furthest reaches of my most raging boner. The way you speak your gibberish, the way you laugh, the way you work your stuff as you work your enemies over like a young teen to their parent's credit card, how you were there for me during times most would simply say "Hey, put some pants on you pervert!" . Girl, you're always on my mind. 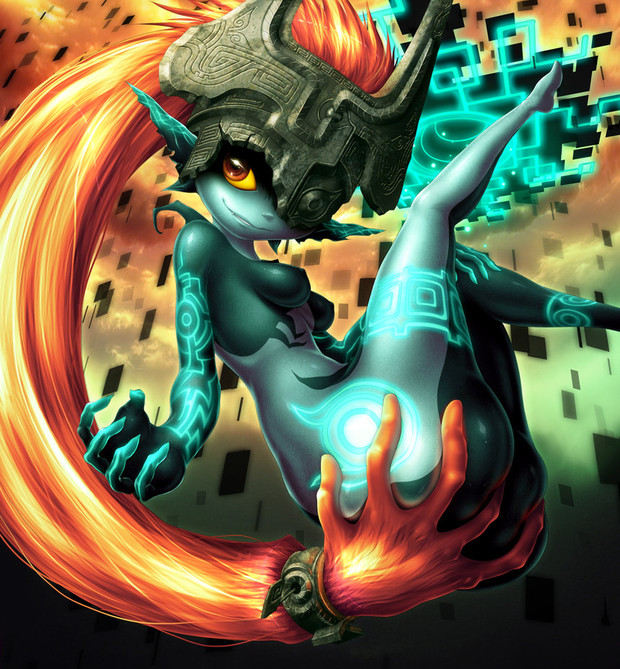 Your stature may be a concern for some, but, to me, you are 100% woman. Well, imp woman. Actually, if anything, your size should be more of a concern for you. I'm like 3-4 times your height and weight. But, that can be alleviated, am I right? Your allure is matched only by your power. What may be physically impossible isn't a concern with Zelda canon. Or my imagination, for that matter. It's magic, you ain't gotta explain shit.

Something about that sassy smile of yours. 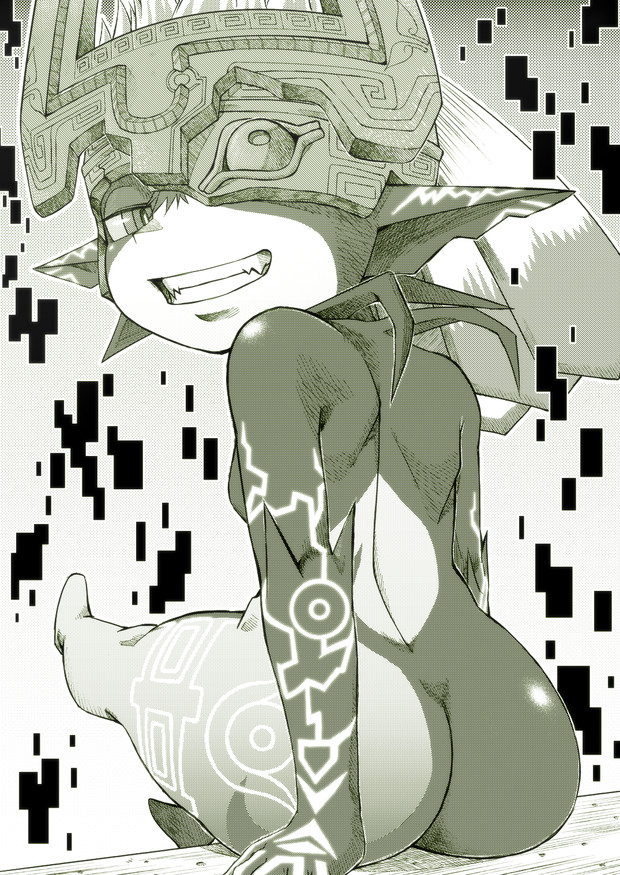 But, it didn't start with a look and then "I want in.". What kind of wound up delinquent do you take me for? Jesus! Midna is a gal I would, honest-to-goodness, profess and commit to if possible. With that kind of status, it takes more than looks and a butt that can crack solid cement.

Before Hyrule Warriors, all it's fanservice-y glory, and the influx of Rule 34's, there was only The Legend of Zelda: Twilight Princess. What was considered by many to be the second black sheep of the franchise next to Wind Waker until Skyward Sword showed us just how lackluster a Zelda game could really be (don't hate me, bros).

For me, though, the timing was very late. If it were menstruation, start buying diapers. The Wii was all but dead, the Wii U had recently released, and I was content with some mini-games and a new Marios. All the while, I continued to miss out on one of Nintendo's biggest releases. But, in early 2013, I finally played what would end up becoming not only my favorite Zelda game, but my favorite Zelda story. Thanks in no small part to Link's new companion character, Midna.

The imp with the butt.

Some time into the game, you would think you were clear of any pesky tutorial fairies or shouting rocks. Then you're captured, put behind bars in an overtaken Hyrule Castle, and, most egregious of all, humiliated by being turned into a furry. How could things get worse? With that, how the heck do I get out of here?!

What's this? Someone call for a little plot magic? (stop asking so many questions or I'll never finish this blog)

Enter the mysterious Twilight Princess (spoiler alert!) turned adorable scamp, Midna. She has the power to set you free, but on one condition: You must help her do some stuff that I don't remember.

Christ. How? How could I say 'no' to that face?

Surprisingly enough, Midna is fairly light on the patronizing tutorials or blatant hand-holding. She's even a little interesting. A character in her own right straight from the get-go. She's less of a helper or companion and more of a necessity. If it weren't for Midna, Link would not have been physically capable of continuing his adventure to save Hyrule from (spoiler alert!) Ganon once more.

Nevermind that, if it weren't for Midna, I'd have much less to do during my day to day.

Link and Midna's relationship is a little rocky at the start. Midna clearly playing up her dominance to get her way, her personality was immediately more further developed than just a bullet point convention. Helping was the new animation engine that was later used for (the much muuuuuch worse) Skyward Sword, giving characters new levels of expression and leaving behind the static pool of angry face, sad face, happy face, etc.

Slowly but surely, though, Midna becomes a tad more sympathetic. She realizes your situation, much like her's, puts you at a frustrating disadvantage and even shows obvious compassion a time or two.

Then, suddenly, several dungeons later, the shoe is on the other foot when Midna is attacked and left near death at the hands of the first of the game's main antagonists, Zant. Luckily, through more PLOT MAGIC, Link and Midna are teleported to near the city entrance before it's too late. Link must now carry Midna, in his wolf form (PLOT MAGIC), to the safety of Zelda's makeshift prison at the top of Hyrule Castle.

This part of the game was, without a doubt, The Legend of Zelda's most powerful moment for me. The context, imagery, and somber music all combining to pack one hell of an emotional punch. It was a long piggyback, but we eventually made it. Our bond now all the more strong because of it. I wanted nothing more, in that moment, than to get Midna to safety.

I was now mad at Zant. His first big reveal and they nail end goal motivation to the wall with a railroad spike. From then on, I was set and determined. Twilight Princess had officially engaged me.

By the final hours of Twilight Princess, Midna and Link are bosum pals. Heck, they're arguably 'a thing'. Midna opens up to the validity of Link's quest as well as her own. They're both just as important and she was just a little selfish to think otherwise.

At the very end, when we had to say goodbye, it felt too real. It wasn't a tear-burster, but genuinely bittersweet. We had done what we set out to do, we knew we had to part ways, but I simply didn't want to. It all balanced out and I was left staring at my screen totally numb.

For me, Midna isn't simply a convention or a tool, she's a character. She's more real to me than any other Zelda "character", or many other video game characters in general. The silent Link echoing my every intent and reaction (or lack thereof), me and Midna traversed Hyrule in name of hot, steaming Twili/Hylian justice and kicked enough ass to fill up several football stadiums.

And she also just happens to speak to my kinky side. 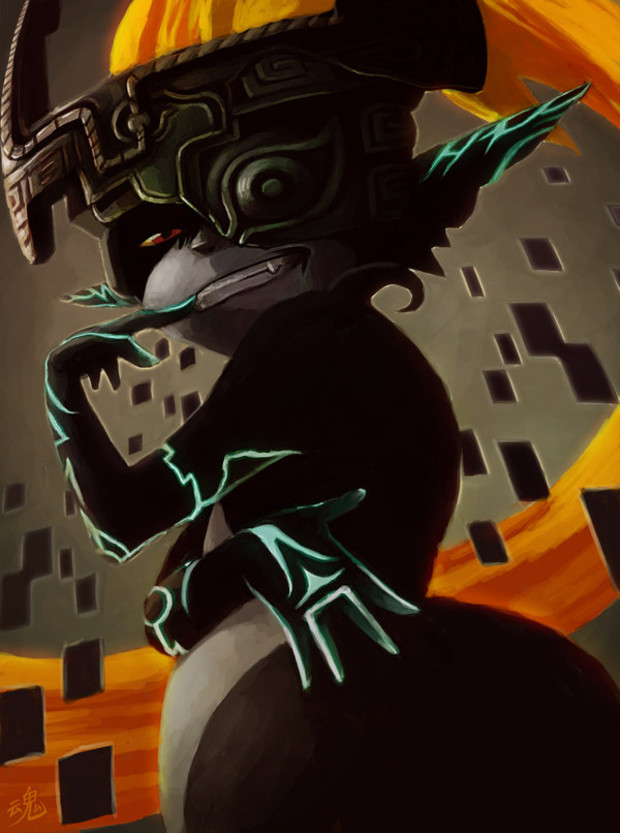 Midna is a butt, but she is a meaningful butt. She's ass, but with class. In more ways than one, I can't get enough of her. Whether it's her character, the mechanics surrounding her in either Twilight Princess or Hyrule Warriors, or her mammoth sensual magnetism, she's my gal.

She is my waifu. 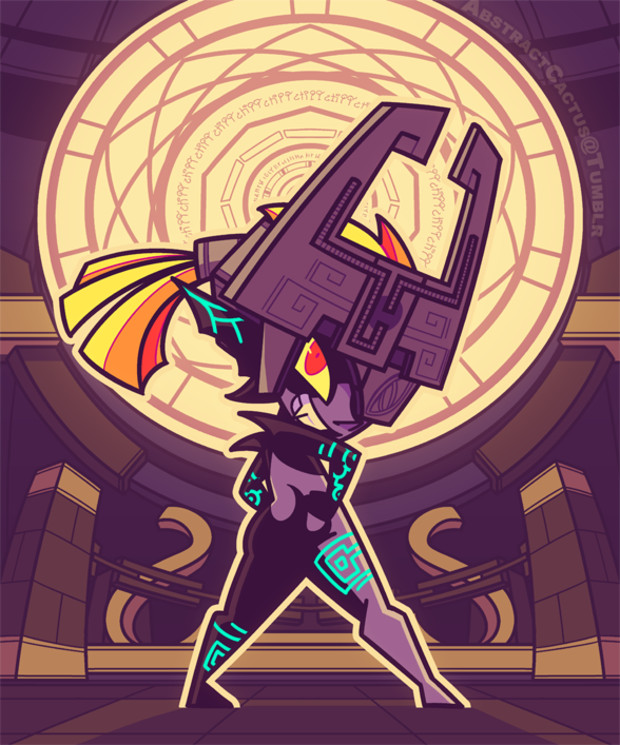