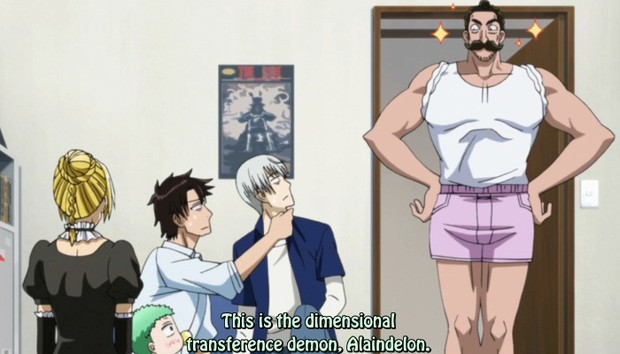 From most of my time here, I have led a persona that's typically pretty relaxed. I've said some stupid things, some heated and aggressiive things, but I've dropped most of that by now. I've gotten really really good at knowing when I'm about to say something wrong on the Internet, to then block it and shove it off to the mill to work for pennies like it had never crossed my mind.

I exchange pleasantries, get into casual discussion, and leave most threads on a good note. These days, whatever doesn't bring out the best in me I try to stay away from and if you're not a nice boy to me, it won't take long for me to lose patience and remain silent as opposed to me continuing the conversation with more toxic spillage.

Most recently, I've begun taking steps to broaden my appeal for the Destructoid userbase. You've seen my sexy Midna postings, yes? No? And I talk about Jonathan Holmes more than any other user here. I've also, like everyone else, cooked this lovely GOTY blogpiece up. Fresh off of this new year and ready for your eyes and head-brain. If you thought I'd miss a chance to say stuff about video games whilst assigning them arbitrary titles, I clearly haven't been asserting myself into your life enough. 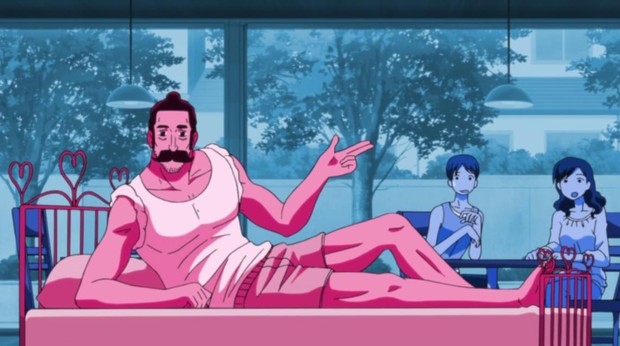 Diablo III was terrible at launch. It hit the masses like a flying boulder encapsulating a creature of unbelievable power. With that power, it could do good or bad. Save the poor and fuck the rich or hand out fliers for your local Taiwanese restaurant. The boulder crashed, the creature lept out with a valient roar, and it was... very anti-climatic. Servers were down most the time, accounts were hacked as usual, people did NOT like the Auction House, the list goes on.

I never experienced this first-hand as someone who, at the time, only was aware that Diablo was a thing at all. I felt your pain, though, Diablo fans. I would hate to have been looking forward to a game like that for years and years and years to finally have poop shoved into my face and to be looked down upon for not lapping up said poop.

But, with the metaphorical dust having settled and some significant patches later, more and more of us can start to really appreciate Diablo III. Personally, with the release of Reaper of Souls, Diablo III became an awesome awesome game and with the complete PS4 release I've accumulated dozens of hours in just "Find loot, kill shits, find loot, kill shits, etc.". It's a brilliantly-presented game with a painstaking amount of polish put into it to boot. The game's core is very fun with lots of great feedback and tantalizing loot, and Reaper of Souls is the campaign's most satisfying chapter (it actually ends with a boss fight worth calling a final boss).

I enjoyed it on PC, and the PS4 version made me a lover. Kees meh.

Best Game I Most Almost Bought At All - Dragon Age: Inquisition 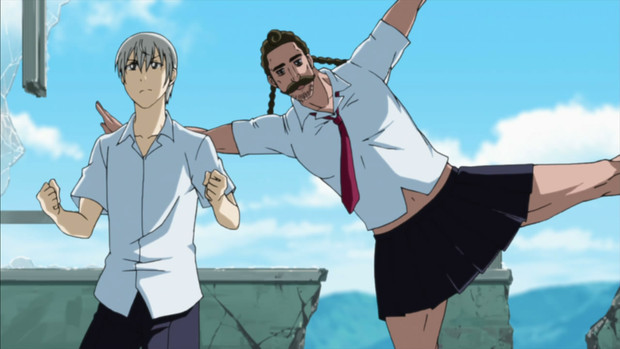 I'm glad that you've played Dragon Age: Inquisition. I'm sad that I haven't. How does that make you feel? You should feel something, you selfish trout. You... jerk. You hog the shower in the morning, you steal my Snackwell's, you SCRATCH MY CAR, and now you play Dragon Age: Inquistion while I cannot. You little shit!

But, no. I'm.. sorry. That was uncalled for. Must stay happy and sexy. Keep enjoying your incredible fantasy adventures with Iron Bull and the Other Bunch while I do something else. 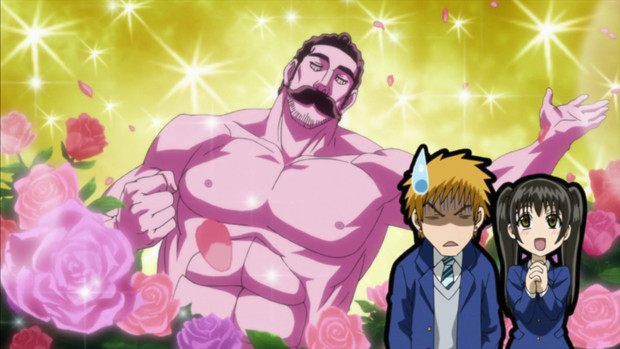 Beyond: Two Souls did more than just make David Cage look even worse, it did absolutely no justice to star of such films as The Spider-Man and Boondocked Saints, Willem Dafoe. Often both the focus and butt of many Podtoid jokes, his goblin face, husk-like form and larger than life persona have graced you and me with some cool things. I liked it when he said "AH! FUCK YOU! FUCK YOURSELF SPIDERMAN! FINGER YOUR LITTLE ASSHOLE WHILE I WATCH!".

Along comes Tomodachi Life to salvage this wasted potential.

No one other game can claim to feature a rap battle with not only all your best of friends or original creations you wish you had named something else because "Constance Erection" just isn't funny after seeing it about 50 times, but Willem bloody Dafoe. Or literally anyone else you can imagine.

I gave him a little prison apartment where he spends most his time trying to be everyone's friend or sitting in the corner playing with his Wii U. Sometimes I'll catch him confirming the locations of the corpses his buried at the beach or skateboarding alone in the middle of the night. I expected weird and creepy from Dafoe, but nothing like this. I'm a little afraid of humoring him with food, drink and presents. But, I also probably wanna stay on his good side.

Nonetheless, if you're looking for a good game to use to exploit the likeliness of Hollywood actor Willem Dafoe, Tomodachi Life is your pick. Unless you have a better idea?

Someone Was Honestly Paid To Write This Shit? - Destiny

"An evil so terrible that it despises other evil." 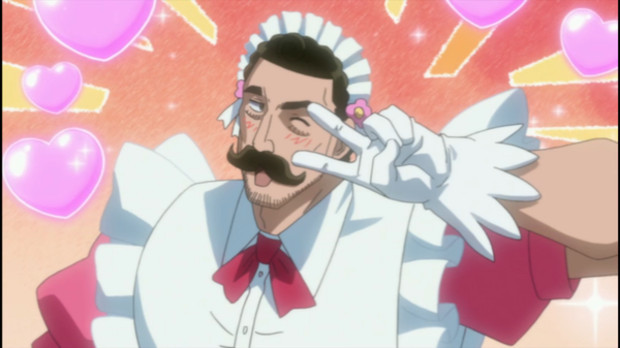 Sorry, Persona Q. You have my heart, but not quite as much my dick.

Between Link, Midna, Ruto, Fi, Ghirahim, Impa, the new Lana... just about the entire cast is beautiful people with the potential for beautiful things. Most notably, we now have a new game that Midna is featured in, which means we probably have a whole lot of new Midna fans (welcome!). Both naturally create an influx of new sexy Midna art.

The things I could show you. Ohhh. The things.

Best Way To Spend A Backlog - Shadows of the Damned

A good handful of 2014's most popular releases were in definite need of more penetration, but don't let that keep you flaccid. Shadows of the Damned has all the right stuffing to stimulate your fun sector after all of this past year's disappointments. It also contains a lot of not so very sublte sexual innuendos.

Shadows of the Damned is basically Resident Evil 4 not giving a fuck and I thoroughly love it. It's got it's core over-the-shoulder, third-person shooting gameplay and spooky attire, but the rest of it is like a mad lib of design. It's main character is a sarcastic Latino with a companion who's a floating skull with a British accent and the power to transform into your weaponry, it's checkpoint indicator is a flying eyeball getting startled by your pressence and then pooping out a poo that is lit up like a flare, you're occasionally escorted by an angler fish which triggers background music of some weird man doing some scat, there's a part where you walk on your girlfriend's butt, it's gates are locked by baby heads that you have to feed specific sorts of food, anything can happen in this game.

It's unabashedly a video game. It may be stupid, but boy do I wish there were more games like it. 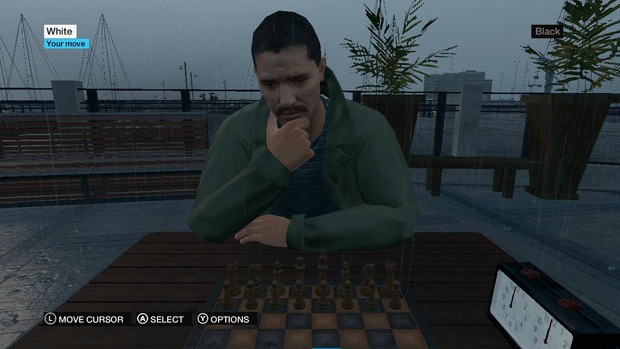 This Wound's Not Salty Enough - Destiny 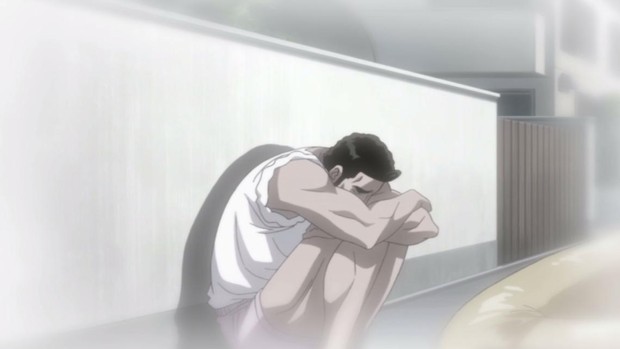 For all the elements Bungie outright stole from the iconic Halo franchise, they should have gone that extra mile and included Master Chief into the official canon. Perhaps as an NPC? Place him in the right end corner of the Last City hub with a Pelican ship docked besides. He could give you more stupid Bounties to collect for some reason.

"Why did you come here?", he will say. "I can't believe all this time and money you've wasted with this game.", he will say next. From then on, he will repeat "Just stop. Please." until he has exchausted all possible unique Bounties. His silent, motionless corpse remains once said Bounties begin to rotate.

This is how the world ends. 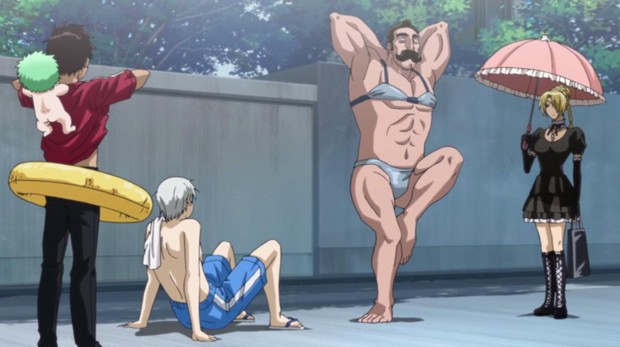 You wouldn't know it by hearing it's title, but Rabbids Go Home is secretly a brilliant game. It may've came out in 2009 and I'm not even playing it in 2014, but... shutup! I like the game and I really wanna give it a shoutout.

Yes. It's a Raving Rabbids game. We hold much contempt for those stupid little Rabbids. Much like Skylanders is to Spyro the Dragon, the games may be actually pretty alright, but there's just something simulataneously very nasty about the whole thing. But, this particular Rabbids game is seriously something. It has become the biggest video game surprise for me in a long long time. 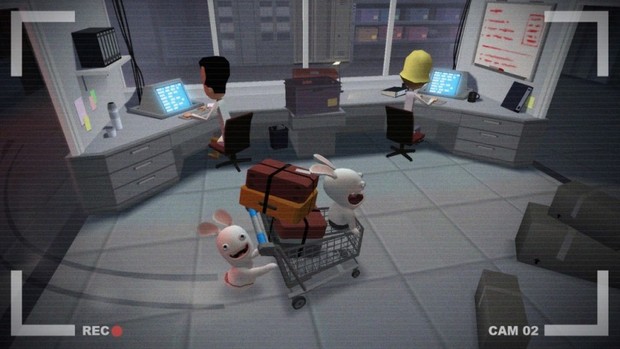 Imagine Katamari Damacy (already interested, eh?) with a shopping cart, platforming challenges and slapstick humor. Also like Katamari Damacy, it has an excellent soundtrack. Well, it's original soundtrack is likely pretty polarizing (it's a mess of polka and Rabbid "lyrics"), but it's licensed stuff is surprisingly classy for a game you'd think would be primarily played by younger audiences. There's nothing quite like twirling my Rabbids in circles in an elevator, BWAHing to the rhythm of Boney M's rendition of Rivers of Babylon. Or shoving along a cow 3 times the size of my shopping cart on top of a downtown skyscraper, collecting safety cones and hamburgers, to then have "MEEEEEEEEEEEEEEEEEEEEEEEEEEEEEEE ANNNNNNNND... MRS.. MRS JOOOOOOOOOOOOOOOOOOOOOOOOOOOOONES!" slowly fade in from the background.

The game oozes personality, from it's animations, soundtrack, the sway of the items in your cart, the dialogue, etc. You'd be hard-pressed finding a more entertaining collect-a-thon than this and it stays from getting too repetitive by tasking you to widdle through some obstacles (which get surprisingly challenging as you approach on the final third of the campaign) every so often, varying up level design, a bunch of little things that keep the simple act of picking up stuff so addicting and not tremendously dull.

If you can, track down the Wii version (it has some extra flair/content) and give up your money to it!

I think it's time for supper.

So long, my pets.