A lot 'o' Persona tracks that I must dance all night to next Spring (Moon Ver.) 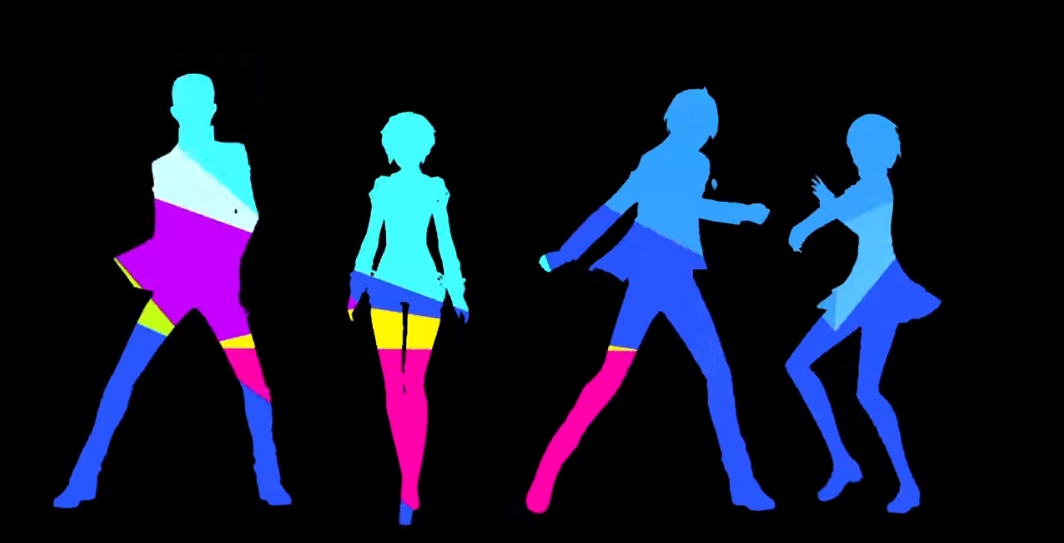 I never thought to myself that a hypothetical Persona 3: Dancing All Night would actually be happening outside my brain. One of those scenarios that only an indulgent fan, like myself, would internally conjure as totally possible but would never actually actually consider to be possible. I mean, it's SEGA's ATLUS now. But, c'mon. The crazy bastards wouldn't seriously consider doing th- 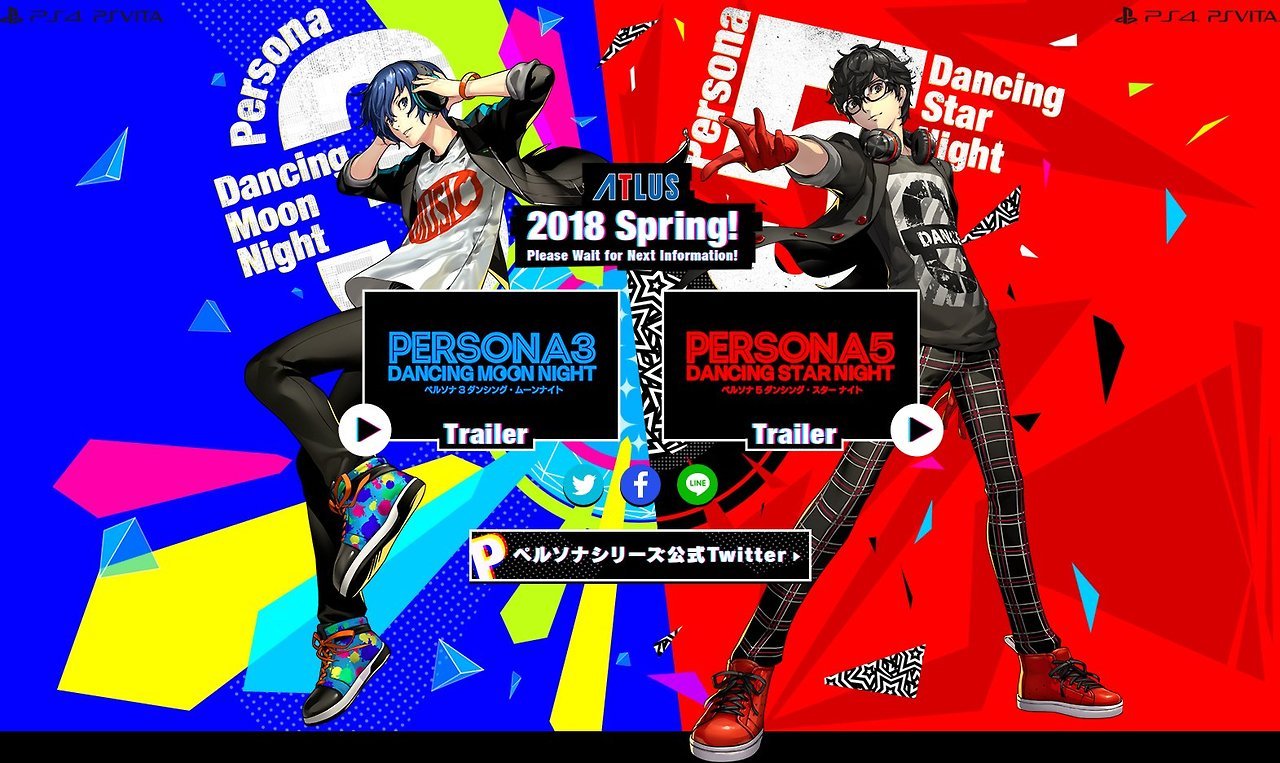 Well, I guess I can just pack it up now and take my little fanboy aspirations elsewhere into some other franchise. Like Ratchet & Clank or Silent Hill. They're totally pulling a Pokemon Red/Blue with a Persona rhythm spin-off and I can't get enough. I can't get enough of my hype, the ridiculousness, and the butthurt from other fans who absolutely despise this move.

I'm sorry, fellows. But, your's truly will be dancing himself to plenty of sweet-ass, fresh Persona jams (hopefully) before the end of Spring 2018, playing another rhythm-based joint from said franchise that is, in of itself, a spin-off and in it like Loverboy: Lovin' every minute of it. 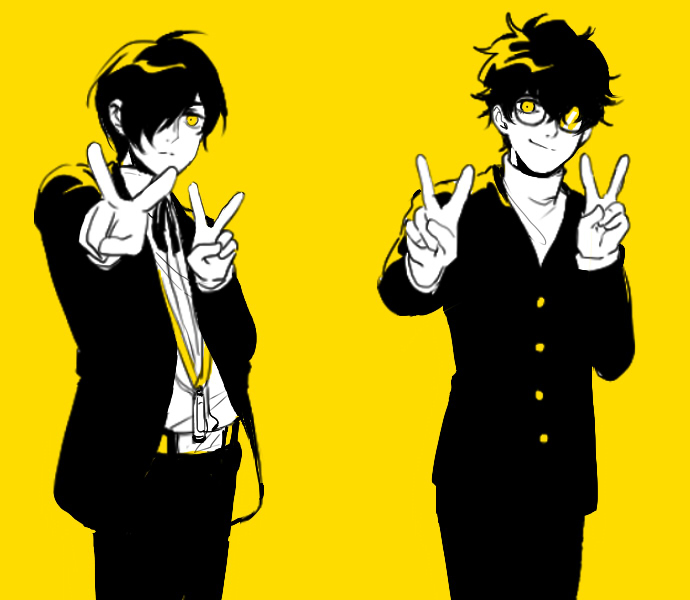 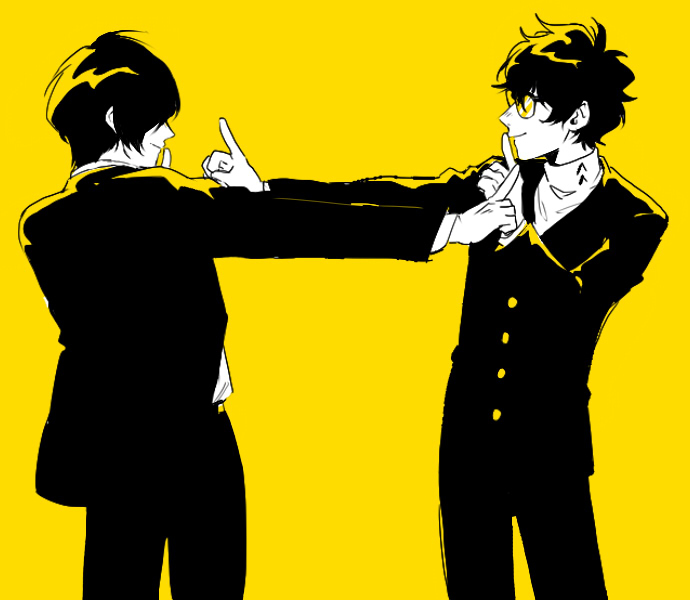 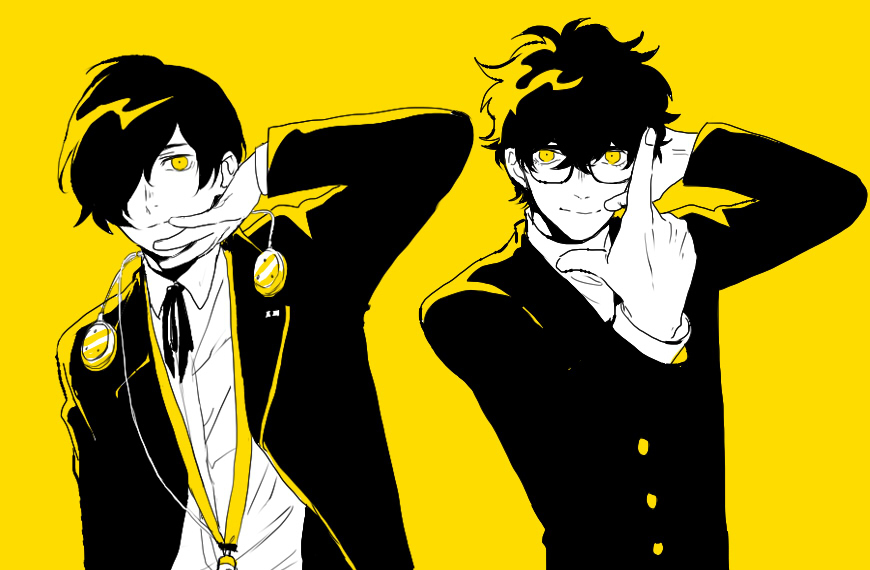 If you all may allow me to get ahead of myself for a second, I must say I deeply respect them for realizing a campaign mode would be much too much work for such little return for the sort of experience people look for with a Persona dancing game, gutting it and replacing it with a more interesting side venture, putting more emphasis on unlockables that aren't obtained sifting through a gross abundance of DLC, and putting in every song that I wanted most!

I mean, I will be real. As surprisingly good (and funny and genuinely creepy) as the campaign in Dancing All Night was on occasion, much of it was hamstrung by incredibly poor pacing and it lacked the ability to play on anything but the game's first or second of four difficulty modes. It was a generally unsuccessful initial attempt that had more okay moments that it had any right to have, so, I'd say, it's best to quit while they're sort of ahead and put as many resources into the core gameplay loop as possible.

[Funny little note: Campaign modes being replaced were actually confirmed some days after I typed this up!]

And, yes. Give me all the best songs! All the ones I want! It... just makes business sense to appease me, whom ATLUS knows and loves and appreciates the love of the most.

[Disclousre: I'm excluding the obvious choices for the sake of interest. Mass Destruction, Burn My Dread, Joy, you know what I'm talking about.]

When the Moon's Reaching Out to the Stars

Let us introduce this list with the genre the franchise's lead composer, Shoji Meguro, is best at: Jazz~

Frankly, jazz inherits much of his work. What makes him such an interesting composer is in how he loves to slot in at least a little bit of jazz with pretty much anything (Persona 4's more poppier tracks come to mind). However, "When the Moon's Reaching Out" is a little bit more straight jazz, just with synthesized percussion to liven things up. Particularly manic, synthesized percussion at that! There's an infectious energy to this track that makes it impossible to not imagine it as an addition to a Persona rhythm game.

Let's hope that "When the Moon's Reaching Out to the Stars" reaches out to Dancing Moon Night!

Perhaps what is Persona 3's most bombastic track, "Sun" pounds away with punchy percussion, uplifting horns/synth melodies riding closely alongside, and skatting (not that kind) vocalists. I generally hate using this term as it can be used to describe a plethora of songs to the point of it almost meaning nothing, but it is supremely 'catchy'. It immediately makes you wanna dance, which is precisely why it would feel right at home within Dancing Moon Night!

Even if they didn't remix or extend it at all, I'd still be fine with the original loop. It's a simple song with a simple motif, but no less great for it and it is so very very dancy!

Remember that excellent remix of "Heaven" by Metal Gear Solid's composer from Dancing All Night? Oh my lanta, what a track. That very same success could be found in the tentatively-titled "Persona", an explicitly jazzy composition that definitely needs a full cut. I always adored hearing it during the dungeon sequences in FES, partly due to the slight contrast of the situation and the tone of the song.

That groove on that riding bass is impossible to ignore. Those skipping piano chords get your head bopping. That electric piano lead starts to jiggle your fingers. Pretty soon, you're up and at 'em, jazz-handing like a total dork. It's a wonderful song to be sure! Would be a shame to have it excluded.

It goes without saying that these tracks are chosen not necessarily out of them being my favorites (though, "Troubled" is certainly a favorite), but out of a mighty need to hear them remixed and witness how perfect they'd (at least potentially) fit in with the dancing aesthetic.

This could very well be Dancing Moon Night's "Backside of the TV", where Lotus Juice went fucking all out, off the chain, and made one of my least favorite tracks of Persona 4 into a monster classic. The original cut of "Backside of the TV" and "Troubled" are vaguely similar (to me, at least), so I'm gleefully conconcting what could be done with the latter!

And, hey, Lotus Juice being apart of it would be nice, too. He was a prominent vocalist throughout Persona 3 and then even moreso throughout its two future iterations, afterall. If they can group up Lotus Juice with Persona 4's music, I'm sure having him pop up again somewhere unexpected in Dancing Moon Night has crossed ATLUS' mind.

Some may consider this an obvious addition, but it's not like they included "The Almighty" or "The Genesis" with Dancing All Night and that top ace remix of "The Fog" was only DLC. What's to come of "Battle for Everyone's Souls" is still a mystery, but I'm sure we'd all love to see it on the roster! Its importance to Persona 3 cannot be overstated.

With that said, even the Reincarnation version of this track doesn't do a lot new when contrasted with the original loop. In fact, said loop is the one I prefer. It's just that ATLUS had a habit of using the Reincarnation versions of songs whenever they could in Dancing All Night, so that's why that cut of "Battle for Everyone's Souls" was included above.

Ideally, though, I'd like to see this given the same treatment that "The Fog" was given. With some pumped up technicality, extra polish, with as much of the original's little nuances kept intact as possible.

What say you?! I'd love to hear that!

"Mistic" forced my hand a bit in that I felt I needed to include a song that was thoroughly low-key. Nothing all too punchy, loud, or exciting, just something moody. I mean, variety is keen!

Then again, they could keep the original loop as is with merely an extension off the very end... or they could add in a bunch of new percussive elements to make it more booty shaking-appropriate. I'd rather them the former. Could be cool! It's another favorite from Persona 3 for me that would make for a nice standout amidst the other harder-hitting tracks.

What they did with this track and "Poem for Everyone's Souls" were my two most favorite parts of Persona 3's Reincarnation album. Keeping the same spirit, whilst making them exceedingly better in every way possible. Of course, in my humble (though, pretty great) opinion.

As far as Persona 3's battle themes go, this version of "Unavoidable Battle" is probably its most fitting for a rhythm game. The gist of much of the percussion is frantic with most of the snares hitting at predictable intervals, as well as most other aspects of the instrumentation being surprisingly complimenting to the jutting rhythm. There's not a whole lot that's off-kilter. Everything plays so closely against eachother that it's so easy to lose yourself in just how heavy this track is!

I'd imagine this song being someone like Akihiko's bag. I'd love to see him awkwardly and much too seriously dancing to this, much like what Kanji pulls off in Dancing All Night.

The judgement call between including either this or "Way of Life" was a real toughy. However, ultimately, I came to the conclusion that while "Way of Life" would likely provide us with a fairly inoffensive, though still quality, remix with some extra punch, I immediately imagine a "Time" remix with a beautifully-soft intro, ambient guitar wails, a grand and symphonic breakdown, it simply inspires me a whole lot more than "Way of Life". I would like to think... I'm on to something!

Who knows, though. I do make music, but I'm hardly a professional. Perhaps some more inspired artist than me (and there are many of those) could find a way to better remix "Way of Life" than "Time". Frankly, though, from where I'm standing (well, technically, I am sitting as I type this), "Time" deserves the slot.

Alrighty. I'm going to make a very likely minority decision here by not including the Reincarnation version of "Deep Breath Deep Breath". While that remix is ruthlessly upbeat and awesome (and one of my favorite songs at that), I still think there is some room left for an interesting and truly unique take on a track that is already pretty... 'odd', I suppose is the word.

With a track this unconventional, it could go one of very many ways. It's already so out there that it'd pretty much make sense to do just about anything with it! Synth rock, jazz, hard ballad, whatever! I'd be deeply invested in what may lie ahead if a new remix of this track were announced for Dancing Moon Night.

Light the Fire Up in the Night (P3)

You know I be keeping it dazzle with my selections, so why not close out this blog with another bit of a surprise choice from not Persona 3 but actually Persona Q!

Dancing All Night pulled a similarly none too predictable move by including Persona Q's main theme as apart of its setlis. But, while that track could be interrupted just as well for both sides, the 'P3' side of Persona Q includes a battle theme that is distinctively 'Persona 3'. It's like "Mass Destruction" Stage 2. I've been in absolute love with this track since I first heard it and to hear an extended cut of it would please my lower kindling to an insane degree. It is also thoroughly danceable, so that helps!

Welp, that's it for the first part of two down! Look out for the Dancing Star Night edition coming soon (hopefully before they start announcing songs for the game)!