Unsolicited Ramblings on How Kingdoms of Amalur Has Aged

In the past few months I've been periodically popping back in to Kingdoms of Amalur: Reckoning between other games. I originally played it when it first came out and enjoyed it a lot at the time, but as time went on I started looking back on it thinking that it might not be possible to have that experience again. So much has happened in the world of RPGs since then, particularly action RPGs, and I wondered if KoA could stand up in comparison. When I first started playing it on this run I was pleasantly surprised at how good the combat still felt, but I have to admit my enthusiasm for it fizzled out before long. After a strong start I’ve only been checking in briefly every so often when I’m stumped for anything else to play. I’ve got to a point of playing it so infrequently that I recently played through all of The Witcher 2 between the last time I played this game and today. I think my fears about how it may have aged turned out to be true, outside of the base feel of the combat at least. That's still cool, but everything else around it feels like it has been outdone several times over by now. 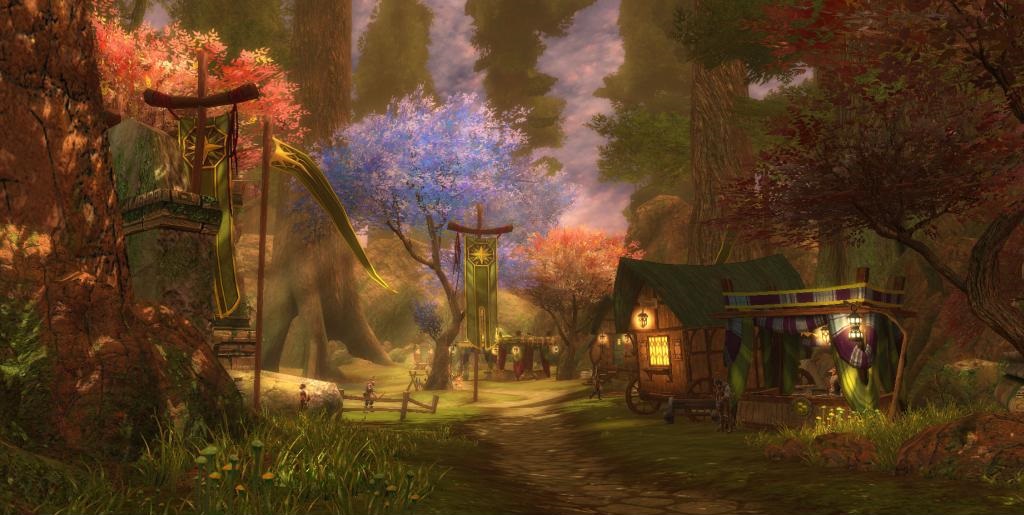 The story isn't really interesting in any meaningful way. The lore and setting is very run of the mill and unoriginal, which is kind of odd considering how much effort they allegedly put in to developing that with this game. I remember that being a pretty large part of the marketing, with how they got several famous fantasy writers together to write millennia of history for this world. Yet in the game itself, all of the characters are really bland, and it would even be a stretch to call them "one note", since that would require the characters actually have one thing distinguishing about them. Instead they have pretty much zero personality and only ever talk about the plot, or at most their role within the hierarchy they inhabit. They're all pretty emotionless. And the overarching plot that they're so concerned with is very standard fare and unsurprising. Ending a war where the bad guy is using some arcane forbidden magic that only you as the chosen one with the power to change fate can stop. There is perhaps some potential there to explore questions about free will, but instead the game basically uses it to just repeatedly pull the same plot point of "X event was supposed to go badly, but it didn't because you were there", and as a reason to let you change your character class whenever you want. As if the hero saving the day is somehow subversive in any way.

The world also lacks atmosphere, unfortunately. Although this one is a bit more frustratingly close to being good. Despite the graphical fidelity being pretty aged these days, the art design in the areas nearer the start of the game is still pretty solid. You start off with lots of lush forests full of verdant and exotic plant life, with a sprinkling magical effects to bring it to life. Then later on you move out on to some open grassy plains that manage to create a feeling of serene expansiveness, dotted with dramatic geological structures to break things up and give the landscape a sense of personality. But after that you start moving in to more barren rocky areas, and it doesn't hold up well. There isn't much detail to the terrain, and it doesn't feel like it has much character. Just a lot of red rock with so little detail to it that it's hard not to see it as a haphazard arrangement of polygons and textures. And from what I remember of the later areas of the game, that only gets worse, with the red rock giving way to drab grey.

But the thing that really lets down the sense of atmosphere is the sound design. Even in the areas which look nice, there is pretty much no background soundscape. It makes it really hard to feel like it's a real place when everywhere you go feels like it's just an image. Like your character isn't really there, their footsteps silent, with no ambient noises going on. This extends to the soundtrack as well, which is perhaps the most frustrating part of it, because it's actually excellent (composed by Grant Kirkhope no less) but you hardly ever hear it. You only hear the ambient mood pieces for the first few minutes after entering a zone, and only sometimes. It highlights the transition to absolute silence pretty starkly as well. While music does always play during combat, it's easily the least evocative part of the soundtrack. But they could have maybe got away with a lack of ambient sound effects if they just used the music the game already has a bit more frequently.

Although this point about ambient sound effects feeds in to something I’ve been thinking about a lot lately. I've noticed that one of the best things a game can do to give itself a sense of atmosphere, that is rarely taken advantage of, is to make an effort to portray wind. Rime, which I am also currently replaying, does this fairly well, depending on the level you're in. As does The Witcher 3, which is something I was vividly reminded of lately, as I felt compelled to return after playing through its predecessor. Not that I haven't noticed it before, but it really struck me again playing it recently. How rich the atmosphere of that game is, and how much of it comes from a sense of the howling wind, as Geralt would put it. On top of that, it's also always been something I really appreciate in Dragon's Dogma, which happens to be a game I was weighing up against The Witcher 2 before I decided on that. Dragon’s Dogma is a pretty sparse looking game, that was even a bit rough for the time it came out. Yet having the game be set in a windswept coastal area, and really trying hard to sell that visually and audibly, helped make up for those shortcomings and gave it a really rich sense of place. Seeing trees bend against the wind, swaying back and forth with each gust; dust being kicked up in to the air, and attention being given to the sound of it all. It plants that sense in your mind of what it would feel like to stand there in that world that works so much better than just the static physical appearance of the game world on its own.

But back to Amalur. I've got some misgivings about the gameplay too, despite that being easily the best part of this game. I still enjoy the combat, but I'm having a bit of a tough time trying to branch out a bit on this playthrough. I wanted to make a concerted effort to not go for the same weapon types as I did when playing this originally. With how good the combat does feel, and how long you're going to be doing that in this game, I felt like trying out something different, instead of falling back on my usual style of variously sized swords. The problem is that everything I tried turns out to be not that great after all. The faeblades, which are exotic double-bladed dagger things, are far too slow, and have a somewhat floaty feel to them. They're supposed to be the second fastest weapons after normal daggers, yet the wind-up for a lot of their attacks feels agonisingly long, leaving you open for far too long. And the payoff isn't worth it either, as they have pretty awful DPS.

I also tried the normal daggers, and while they feel more quick and responsive, the damage on them is also pretty lacking. But the thing that really killed them for me is that they have this one attack that I found to be pretty painful to look at. It's a move where you dash through an enemy several times at lightning speed, but for some reason the game decides to flash up a single white frame on the moment you hit them. I don't tend find visual effects for combat in games distracting, but that one I just felt physically uncomfortable to look at, to the point where I couldn't take it more than a few times in a row. It doesn't even look interesting. It doesn't have any sense of style to it, it's just flashing the screen blank white. You can see it at about the 1:10 mark in this video below. It feels really artificial and unnecessary.

Aside from all that, there's also the issue of just how long it takes to unlock new moves. There is a reasonable variety of actions you can do in combat, but it takes forever to flesh things out. If they were to make a sequel to this game (which might actually be possible these days thanks to THQ buying the rights to release new games in this IP) they should instead start you off with at least half of the stuff you can do in this game, maybe more, and finish with much more. It doesn't need to be Devil May Cry or anything, but for the length this game is, and how much of it is you smacking around enemies, it needs more. It wears itself pretty thin.

I don’t have much of a neat conclusion to draw from all of this. This is mostly the result of just the thoughts that have been floating around in my head while playing. I highly doubt I’ll complete the game on this run, although I was never really intending to do so when I first started it. I just wanted to take a trip down memory lane, curious to see how this game held up. It turned out more or less how I was expecting, although I was a little surprised at how well a couple of things did turn out, in the combat feel and some of the early environment design. But even then, they have problems, and the writing is even more bland than I was expecting it to be too.