I Went To Eurogamer! I Played Some Games! Here's What I Thought!

Today I went to the first game convention I've ever been to. I went to Eurogamer, and it was really fun. And I played a bunch of games! Here's what I thought of them!

First thing I played was Bayonetta 2. As was the case with pretty much every game I played, I only got a short time with it and it wasn't in the best environment, given the loud, chaotic show floor. I played the section commonly seen in previews where you fight off enemies while on the back of a fighter plane flying through a city. It's definitely Bayonetta all right. Played nice and smooth, with great feeling, dazzling combat, as expected. It's a lot brighter and more colourful than the first game. It did look kind of pixelated though, in terms of resolution, but I think that was probably just because I had to stand really close to a big TV. 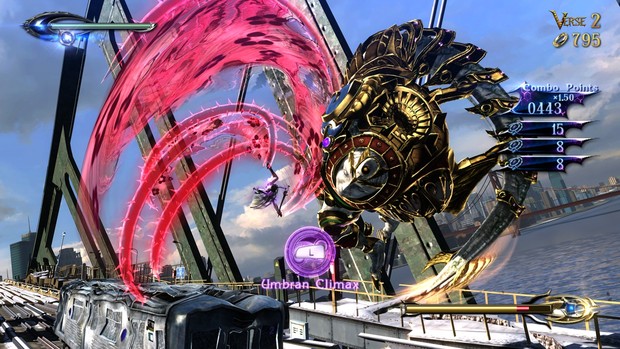 After that I had a go on Monster Hunter 4. First I jumped in to an already ongoing fight against some weird armoured crab thing, using a sword and shield. I'm not really familiar with that weapon's move set, so I wasn't really sure what I was doing. I also just kept bouncing off the shell of this crab monster anyway, even at full weapon sharpness, so I don't know what was going on there. But before I finished that, I was ushered on to a new hunt with some other people, where I got to pick my own weapon. Went for the longsword, and we went up against this odd shark/inflating frog thing. Very strange creature. It was a land creature, living in the desert, but looked like a shark with legs and it fired really powerful water jets. Occasionally it did a move where it would inflate its whole body and then bounce up in the air and land on people, and sometimes roll around too. The people at the booth were talking about how you could jump on enemies and hold on to them and attack, SotC style. But as with everything in Monster Hunter, it sounded really complex, and I was trying to focus on not dying.

Next I played Bloodborne. It's Dark Souls, but faster. It feels very similar, but movement is faster, control response is faster (Although still not as immediately responsive as say, Bayonetta. It still has that kind of deliberate, committed feel to it that the Souls games have), dodging is way faster, and fighting in general is faster. Looks great too, and I like how more aggressive it makes you with the lack of shield and the health regeneration mechanic. The enemies also have rather entertaining voice overs. I kept hearing very silly cockney accents telling me "I'm gonna smash you brain!" And the game still has no problem brutally blind-siding you when you're not careful too. I was doing relatively well, until I came to a group of enemies standing around a burning tree. I was doing all right taking them all on, until I got a bit too greedy and walked forward too far, and was one-shot killed by some enemy using a gun I didn't see. 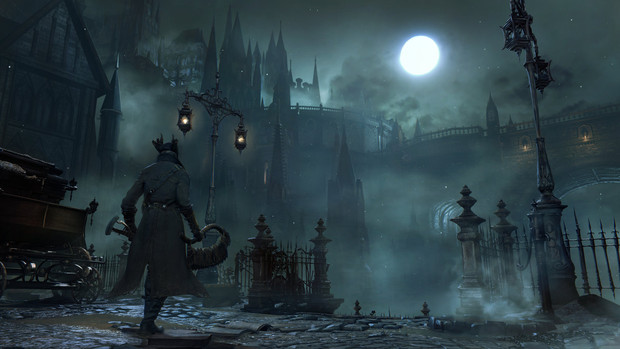 Then after that I played The Crew. Honestly, that was a pretty big let-down. Well, I want to give it the benefit of the doubt, but it did not come across well in the demo I played. Controls were terribly laggy. It took way too long for cars to respond to steering input, and they continued on turning well after I has stopped pushing the stick too. Really disappointing. But I think that might have just been a problem with the build I played. I've seen a lot of footage of the game, and heard people talk about it, and I've never heard of this problem before. Also, I did notice the game was hitching up sometimes when I was waiting in line watching other people play. But regardless, I feel like my decision not to pre-order this game that I made a while ago was probably a good decision after that experience. I did it for other reasons before, but now I have one from actually playing the game.

Also, before I had a go on The Crew, I took a look over some people's shoulders who were playing Sleeping Dogs: Definitive Edition. I never really liked the original game as much as I wanted to, so I was interested to see how this new one has been improved. Since I didn't actually play it, I can't say anything on gameplay, but it terms of graphics, I couldn't really tell any difference. Maybe it was a bit sharper and generally running better, but the game looked more or less exactly the same as the original. Definitely not comparable to what was done to spruce up Tomb Raider, and even that was only a marginal change. It didn't look like an 8th gen. game. 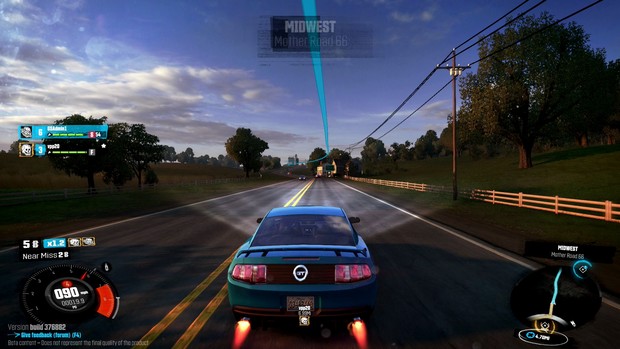 Later on I went back to Nintendo and played Splatoon. That was pretty fun, but controlled in quite an odd way. Shooting ink feels really good, with the rapid fire pops of the ink guns. The visuals are nice and bright too, although on a technical level they didn't seem like anything particularly noteworthy. But the strange thing was how you look around in the game. You can look right and left with the right stick, but you can't look up or down. For that, you have to tilt the gamepad. You can also look left and right with that too, but I preferred to stick with the, err, stick until I needed to actually look up or down. But that wasn't common, given how accuracy doesn't really matter in the game. Mechanics were really super simple too. All you have are your machine gun, a grenade-type throwable, and a bazooka power-up you get every so often. And there's the squid stuff too of course. So it seems the depth of this game isn't to be found in the actual combat between players, or variety of weapons, because there is none. It'll be down more to movement and control of space. It's quite deceptive in that sense. You jump in, you splat all the walls, and that kind of feels like that's all there is, but I'm sure there's way more to it if you come at it with a different mindset to the usual team-based shooter.

Then not long before the end of the day I had a go on Project Cars. Honestly, I was really surprised with how impressed I was with that game from the tiny bit I played. I've been wanting to like this game ever since it was first announced, but never really found anything to find appealing in it. But after actually playing it, I have to say the driving feel felt really good. Very intuitive with a good sense of visual feedback, etc., but I also felt like I had a really good sense of fine control over the game, even with all the driver aids turned on as I was forced to do in the demo. Feathering the throttle on the Dualshock 4 felt great, and the real-time telemetry readout the game gives you was a really nice visual cue as well. Very stylish looking HUD too, but still very functional. With all the aids turned on, the game felt surprisingly arcadey too. I was expecting it to feel quite a bit more hardcore, even in that state. It might have had something to do with the car I was driving, but I think this is a sim which people who don't usually play them will still be able to get on with well and find fun in. It's worth looking at if you like to play Forza casually, or maybe you like Project Gotham or the Grid games. 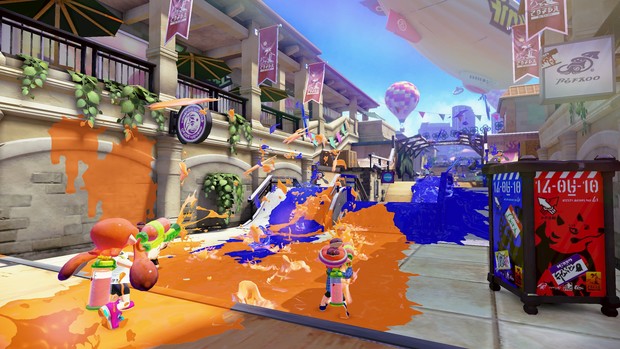 But talking about the Dualshock 4, after playing Bloodborne and Project Cars with it, I might even say that it's a superior controller to the Xbox One's pad. Those triggers are really seriously good. All the buttons are great actually, and the sticks feel so much better weighted.

Also, as I was lining up for Bayonetta, something pretty cool happened. I wore a Mega64 shirt to the show, and just as I got in line, Eric Baudour from Mega64 walked past and complimented my shirt! That certainly was a surprise.