game, what are you talking about? TLOU & ART

I played The Last of Us on the PS3 when it was first published (borrowed it from a friend). I didn't like it that much. I got as far as the first Clicker-encounter outside of town and decided to return it. I wasn't too fond of the cave-system- level-design then and always had the suspicion I should play the game exactly as it was supposed to be played although the game itself tries really hard to create the illusion of openness. No real creativity allowed. The characters act in their respective environments or stages like puppets on strings. Slight nausea because of the overly detailed models. Kind of a meh-experience for me.
When I bought me a PS4 the game came with a bundle (Little Big Planet, never touched it, Driveclub - traded it in, unopened). A few weeks ago I thought about giving The Last of Us a last chance.

Artworks in The Last of Us 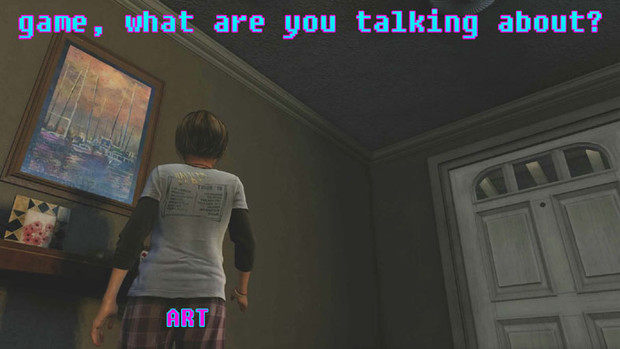 When I started the game I found myself spending quite some time in the house you wake up in - looking at furniture, household appliances, personal stuff, the paintings on the wall. Because I suspected that I might not get that far the second time around either, I started to make screenshots of the paintings on the wall.
They repeat themselves throughout the game...which is due to ressources-limitation, I understand. But If I take a cultural artefact seriously I try to take it seriously in all its respects.

What does the limited selection of artworks in the Last of Us tell us?

What I've encountered so far (approximately one hour into the game):

Joel really likes animals, ducks especially, one can discover significant clustering withing the first stage-set, the house: bear, ducks, stags, deers, horses, and fish
Then there are some landscape paintings: canyon rocks, cliffs, lighthouse, boats (mostly some kind of derrivate-impressionist paintings). All very...very, very inoffensive stuff.
It is a little bit creppy how Joel decorated his room with pictures of horses, bears and stags - all animals associated with virility and dominance. The horizontal format depicting running horses is especially kitchy, cringeworthy in fact. 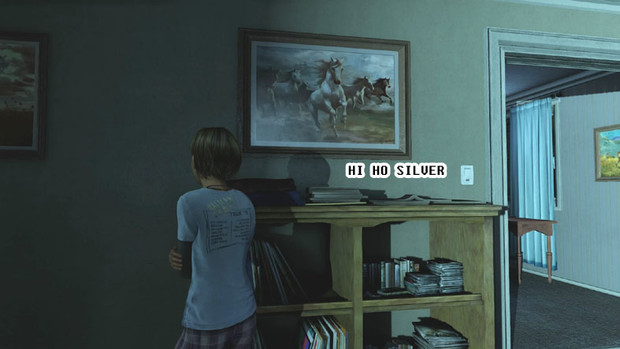 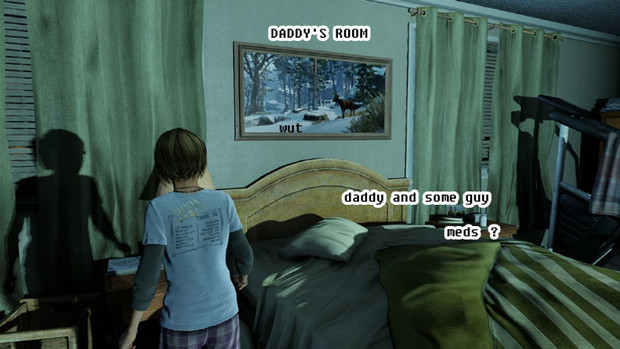 Following shamanistic ideas of transfering animal characteristics to oneself via a fetishised object (fur, teeth, pictures) it makes one wonder what abilities Joel wants to appropriate from the mighty duck since he possesses two depictions of this avian creature. Fishes above the loo make perfect sense but ducks? I had to think about that for a while. 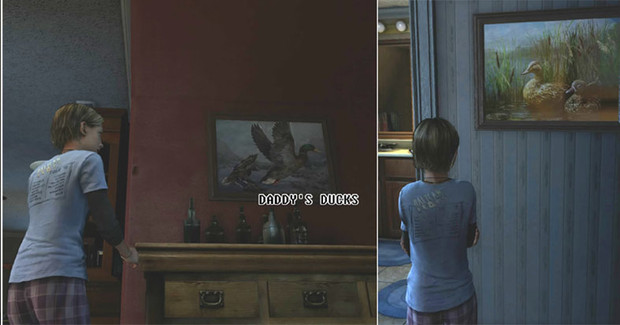 the ducks of TLOU

In heraldry the duck stands for resourcefulness, they are graceful and agile both in the air and the water. So these proud animals are rightly respected for their beauty and adaptation to nature. We are save to assume that the duck represents both Joel (in his struggle for survival) and mankind as a whole. The duck as a beacon of hope, as early indication of the game's general direction.
It has also been suggested (though a little far-fetched to be honest) that the duck marks the fourth son. By laws of primogenture the first son inherited all the estate, the second and third traditionally became part of the clergy whereas the fourth son had no defined place or position. In this sense the duck may also be a symbol of perseverance and nomadism. The duck as a prognostic of things to come. Again.
Joel has a differentiated taste concerning animal painting and landscapes. For animals he prefers a more classic, naturalistic approach, for landscapes it is some kind of naive impressionist style. The quality of the artworks has to be called mediocre at best, utterly uninspired to be honest. Nothing too daring. Reflections of a lowbrow mind. 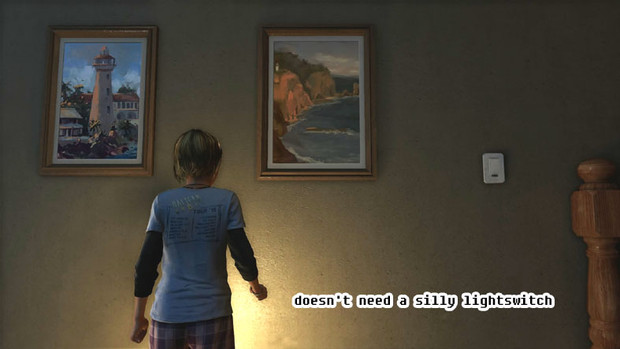 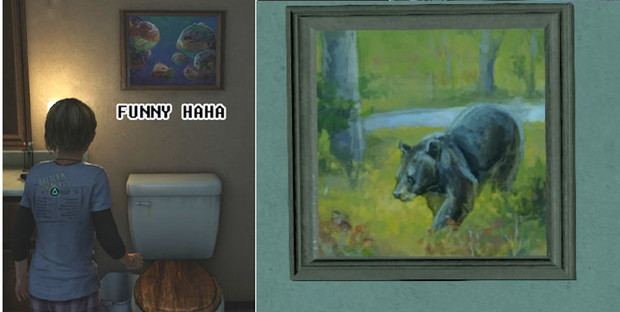 All of this isn't out of the ordinary since the role of the main protagonist is one of a modern-day-everyman. Refined taste in art would paint a picture too ambivalent and ambiguous to be enjoyed by an assumed brainless audience. I, for my part would welcome a main character who fancies Arte Povera or baroque erotic miniatures.
It really becomes uncanny when we finally leave the prologue-section of the game and start to explore the remnants of human culture struggling with survival.
The game doesn't become weary to indulge in showcasing those remnants: relicts of a glorious past, aesthetics of decay. It has been 20 years since the outbreak of the cordyceps-infection and the consequent downfall of human kind. So we are allowed to assume that only the most important or most widespread cultural artefacts have survived: the quintessence of human arts and culture.

Abstracted Asian Flowers is by far the most widespread artwork during the early stages of the game. An important question might be whether this is a result of  pre- or post-apocalyptic behaviour: What kind of society are we looking at? Everybody seems to have got the same 10 to 15 artworks. Where have they got them from? Since the player moves through an isolated secured area within a hostile environment this could be the result of the survivors looting Ikea or an interior decorator, having nothing else left to fulfill their aesthetical desires. Kind of sad really.
If we are talking pre-apocalypse the prospect becomes even more glum.
At this level the only possible distributors are either a governmental agency or a multinational enterprise. Which agency already mainstreams culture in such a way? Ikea comes to mind again. 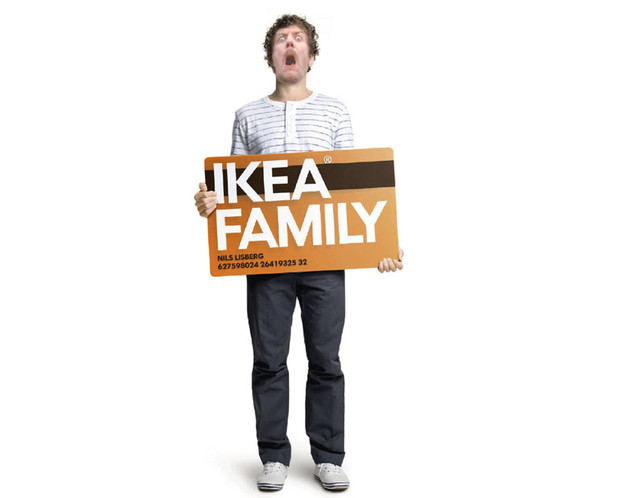 They sell pictures that look handmade, their surface structure imitating brushstrokes and hence faking authenticity. I can't understand why anyone would buy such a treacherous thing. Treacherous in many ways: claiming to be something it is not (an original), telling something about it's owner which is not true (being a self-determined individual).
Anyway, if the motifs repeat themselves in such a way they simply must convey some kind of deeper meaning, signifying something beyond their immediately conceivable contents. 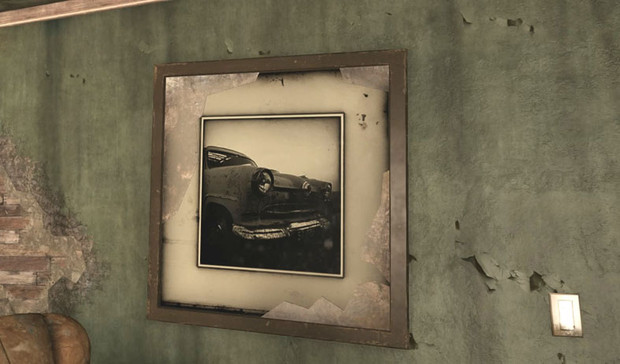 Quite obviously they tell the story of the things lost in the world of "The Last of Us": the technological advance came to a sudden halt, nature has become a potentially deadly "outside". Technology has lost its aesthetical appeal, design has become obsolete. People need tools and not iPods. The same applies to the natural environment - the luxury to contemplate the beauty of nature, the romantic look beyond nature's nurturing functions ...all lost.
What might be another important question would be which subjects are missing in the array of artworks of The Last of Us. So far (in the game) this would concern the human figure, be it a portrait or any other form - there are no people in these paintings at all. For humans within the quaranty zones other people are the primary threat: army, criminals, fireflies - "homines homini lupus" a man is a wolf to another man. I wouldn't like to look at my wolf all the time as well.

What is missing are subjects that might be offensive and it is the human figure which is intrinsically equipped with offensive potential. This marks a politcially correct society: no experiments, nothing inspiring, nothing too activating, a sedated society.
The threat outside, the egalitarian fungoid world order (before the Clicker everyone is just meat) re-introduces concepts of diversity and creativity. We all want to survive, by all means...by being creative and offensive again.
Behold the Abstracted Asian Flowers!

What is your favourite piece of in-game-art?