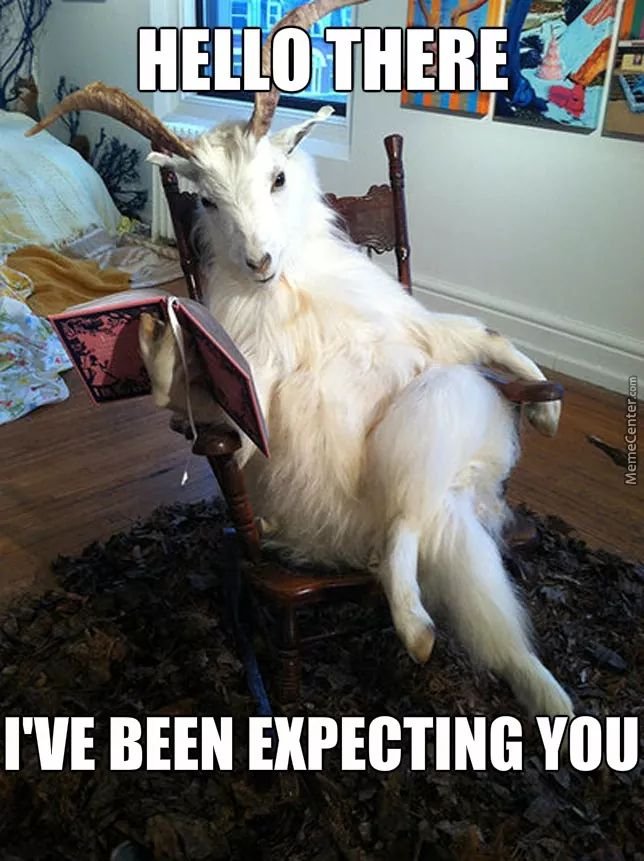 Like many of you I've been using my Switch quite a lot. Especially for indie games. Between the portability and that glorious dpad on the Pro controller I see no reason not to grab every indie that interests me on Switch if available on the platform.

Thought I'd share some quick thoughts on the indies I've bought, played, and finished (if possible, ones not played to completion will be noted). Nothing more than a paragraph or two for each game.

Rating will be as follows:

1- Like drowning in the Water Temple, but it's not water but piss and maggots. Don't play. (no games here will be scored a 1)

2- Kinda bad. If you really really really like the genre possibly perhaps maybe there's something for you here. Boring game at best.

3- Decent. Fans of the genre should enjoy their time with it. Worthy purchase on sale.

4- A Okay! Fans of the genre will really dig it, even worthy for those looking to step out of their comfort zone and give something new a shot. Worthy purchase at full price.

5- Incredible! The cream of the crop. The only thing better than the game is endless kitty cuddles. Even if the genre isn't something that interests you I would implore you to still give it a play. Worthy purchase right fucking now!!!!

Let me know what you think of these games and give me suggestions on stuff you may think I'll enjoy :) 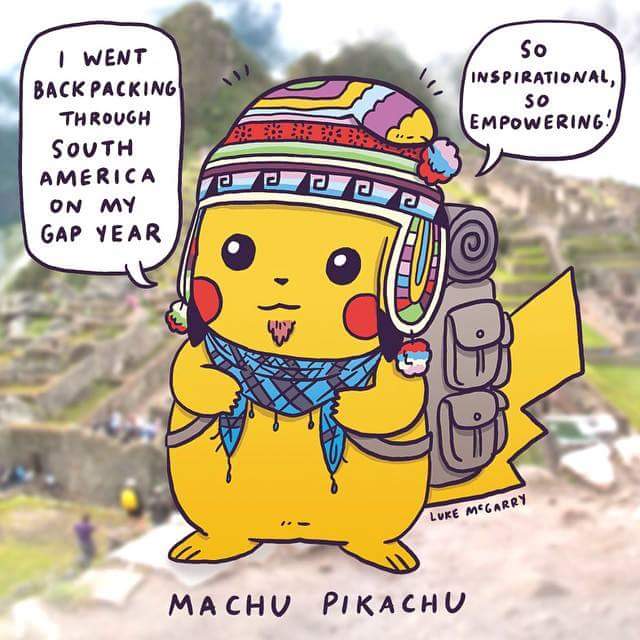 Really beautiful game and great music. It's not the amazing adventure many people made it out to be but it has its charm. The old school-ness reminds me of why I like the qol improvements brought over the years. I liked swapping the updated visuals with the retro ones at the press of a button.

Fun, little pixel art game with a og Zelda like top down perspective. Speedrunners will get a lot more out of this than I. However it's a fun experience to play through during a lazy afternoon, especially at its dirt cheap price.

Inti Creates really nailed this remake! Virgin butthole tight controls, outstanding music, and gorgeous pixel art make this a must play for fans of the original, fans of sidescrollers, and lovers of great pixel art. The DLC characters play great and add a lot of replay value to the package!

I loved this game. I dig me RPGs and I have a soft spot for golf games. This is a match made in heaven. I do wish the golfing was a bit more detailed, but the art, music, and hilarious writing (omg the old folks course had me splitting) more than make up for it. A must for any Switch owner. 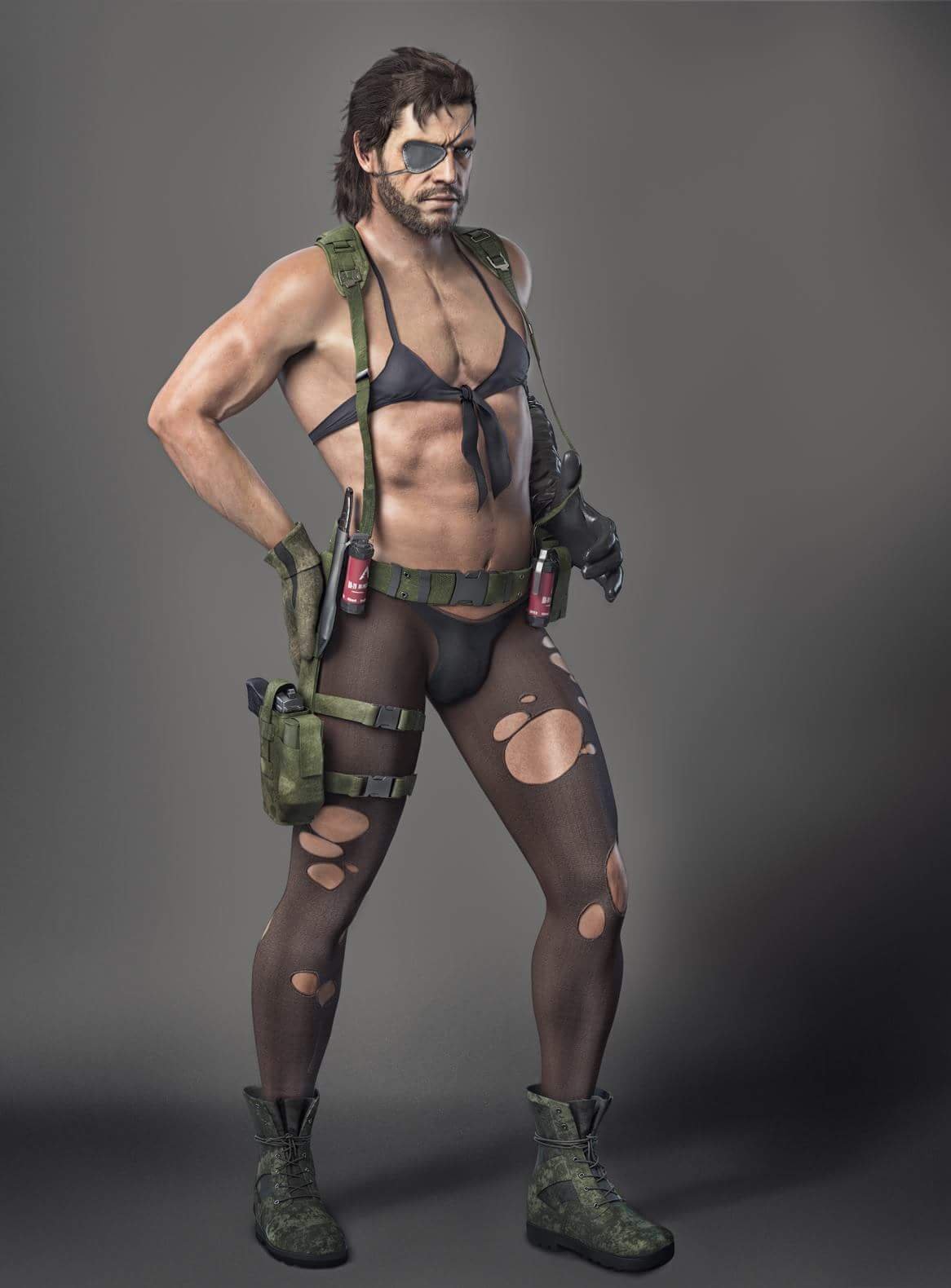 There was potential here for a great game but bland graphics (shame since its the team that made the beautiful Trine series) and pretty shitty matchmaking ruined a neat Diablo-like game. This game is not fun in single player but does support couch co-op so there may be something in it for you if you have an irl buddy to play with. There was a huge update that addressed a lot of problems, but  still couldn't fix what is ultimately a boring game.

There is no shortage of Metroidvanias these days. Axiom Verge is one of the better ones you can get. Outstanding pixel art graphics with a heavy sci-fi flair, interesting story, a ton of neat weapons and abilities, and outstanding boss battles really impressed me. My only gripe was it dragged a bit during the middle.

A really interesting take on the Metroidvania concept. You dig your own path through various caverns filled with charming characters. It improves on the first (which is still worth playing) in every way possible.  This would have been a 5 if the ending wasn't so anticlimactic.

It's old-school Lucas Arts adventure gaming. If it's not your thing you'll be bored to tears. If it is you'll love this game. I dig on the genre, but TP's slow pace (referring to character movement speed and no fast travel) made this a bit of a chore to play. It's a shame because the writing and story are fantastic as well as the graphics. Maybe I'm too spoiled in my old age, but I got lots of games to play and no time to wait for my character with the right item to leisurely waltz across the entirety of the gamea map.

A young girl who's also a cute kitty battles depression and stumbles on quite a mystery after she drops out of college and moves back home. Brilliant and genuine writing really make this a game all should play. It's very narrative driven so there's not much 'game' there but it's perfect for anyone looking for a great story and even better characters. 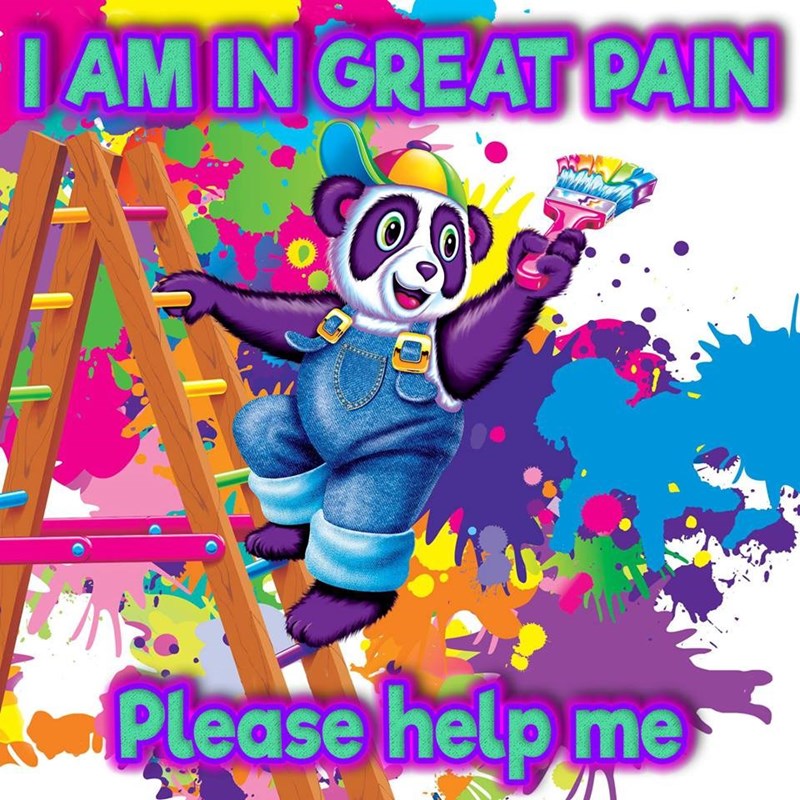 I almost want to give this a 4 for its charm and outstanding David Wise OST, but fuck those fucking controls. If the idea of a platformer with tank controls on Quaaludes interests you, give it a shot. It's actually a novel concept, but fuck it's so fucking frustrating. I made it about halfway in the game before calling it quits.

The Binding of Isaac: Rebirth - 5

If there's one feces and tears based Zelda-like rouge-like game that you play, make it Isaac!

Really charming survival game. This is one of the few games I'd recommend not playing on Switch if possible. The PC version is much better if only for the qol mods, like auto-sort inventory. If they patch in an auto-sort option bump that score up to a 4.

Even being able to beat up Jim Sterling was able to hold my attention for this retro beat-em-up. The premise of mashing up video game nods with horror movie nods is novel, but I just found the gameplay rather dull.

This game is hard. And at times the RNG will fuck you hard. But that's part of what makes this Lovecraft-ian dungeon crawler so great. Great turnbased battles with fun characters and abilities really make each delve into the depths an engaging, nerve wracking experience. Love that art style and the guy who does the narration is outstanding! 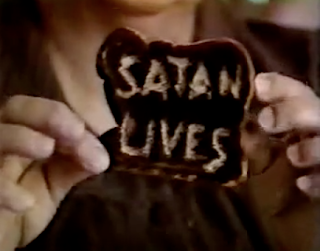 This is the poster child for 'perfect for Switch '  Not really my genre, but after such enthusiasm from you lot I gave it a go. Hours upon hours have been spent laying in bed, on the couch, in the plane, trapped in a sex dungeon, and holed up in a hotel playing this charming game. Simply put, everything about it makes me happy.

I still have yet to play newly released part three, but if it simply maintains the quality set by the first two it will be amazing. Currently replaying part two on Switch to have my decisions carry over. It feels great on the console and looks great in portable mode. I love the Don Bluth styled Viking inspired hand-drawn art. The story is not a happy ride, but it's definitely engaging. And the small scale turn based tactics battles and Oregon Train gameplay are a delight!

The best Metroidvania ever, and that's including SotN and Super Metroid. Taking the right inspiration from Dark Souls this bleak, bug based game really nails atmosphere like so few games do. The controls and whathaveyous are perfect as well are the exploration and boss battles. A must play!

There's a new, huge patch that seems to have addressed the vast majority of my gripes with this game. Haven't played it with it yet. Slow progression and bad loot drops made this rougelike topdown crawler rather dull to me. If the patch lives up to its promise than that score cqn be bumped up to a 3 or even 4. There's a lot to enjoy here, but its execution (pre-patch) is lacking.

Boy do I love this game. Everything about this twitch platformer is amazing. Music, pixel art, level design, perfect difficulty, controls, and that story. I would have never expected an emotional ride from a twitch platformer, but I be damned if I didn't say I was tearing up as I reached the end of the game. 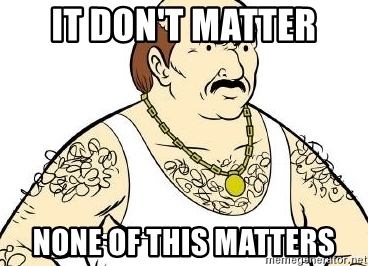 I loved the first two Runner games and had high hopes for 3. Sadly it's nowhere as great as its predecessors. Still a fun rhythm game that's a little too difficult for its own good. Biggest problem is the lack of good feedback when you hit or miss a 'note'. Supposedly there's an upcoming patch to tweak the game in good ways, but until then maybe only grab this if you really dig rhythm games or really weird games.

This is by far the toughest and most intense rhythm game I've ever played. And as tough as it is, every loss is by my own fault. Every beat and button entry is well telegraphed and the silky smooth 60fps guarantees no hiccups in gameplay. Simplicity plus a killer heavy metal-like techno soundtrack set in a neon-Lovecraftian world make this a rhythm game that needs to be in your library. (Haven't finished yet, but do feel it is worthy of a 5 at this point)

Bloodstained: Curse of the Moon - 4 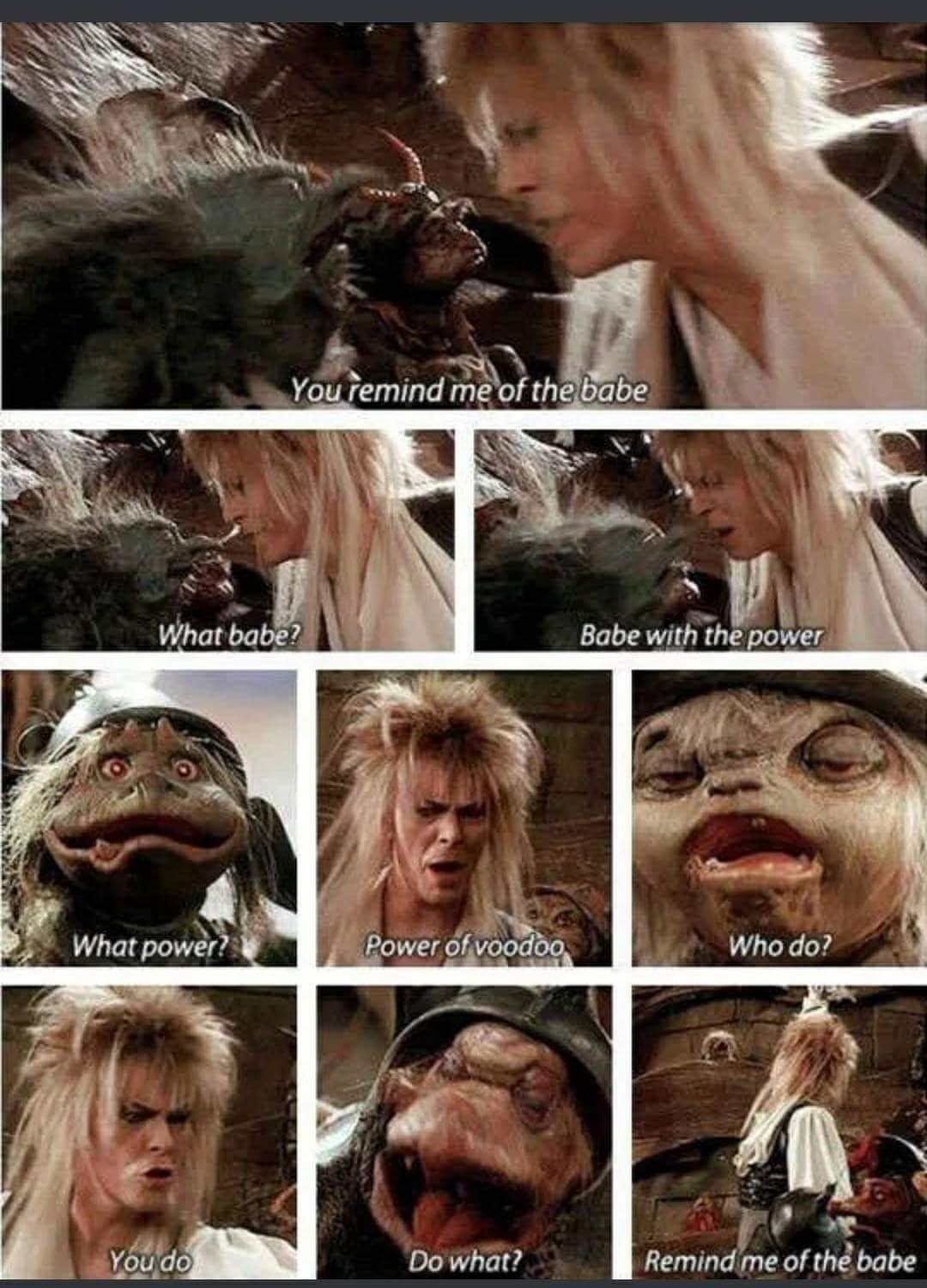