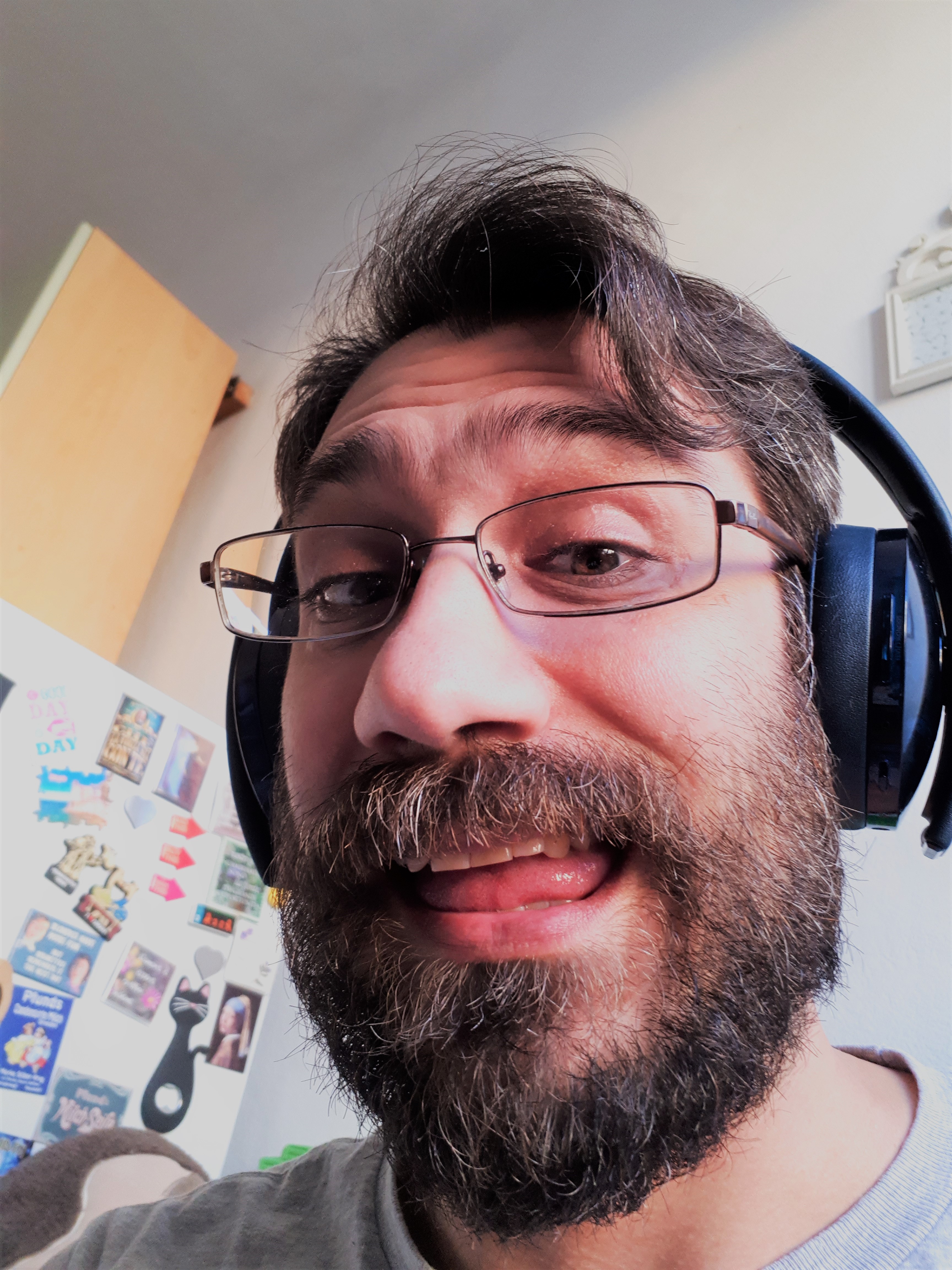 The other day my chunky old PS4 Gold Headset finally broke at the cheap, and useless, plastic hinge. I tried duct taping it and hot gluing it back together, but it just kept feeling like the headset was falling off my head. It lasted about 2 years before time of death. That is not a good quality product in my opinion. Bits of pleather from the earcups were also falling off not helping matter much either. My AKG headphones I use strictly for music are going on 8 years and are still kicking like new.

It was a shame. Other than the shoddy construction, the old PS4 Golds had outstanding sound and comfort for their price range. So, yeah, I was rather hesitant about dropping €80 on a new set with the PS4 brand. But the features they gave me did warrant I look into the new model. After doing some due diligence and almost settling on the Turtle Beach Stealth line, I ended up going back to Sony like the weak-willed whore that I am. 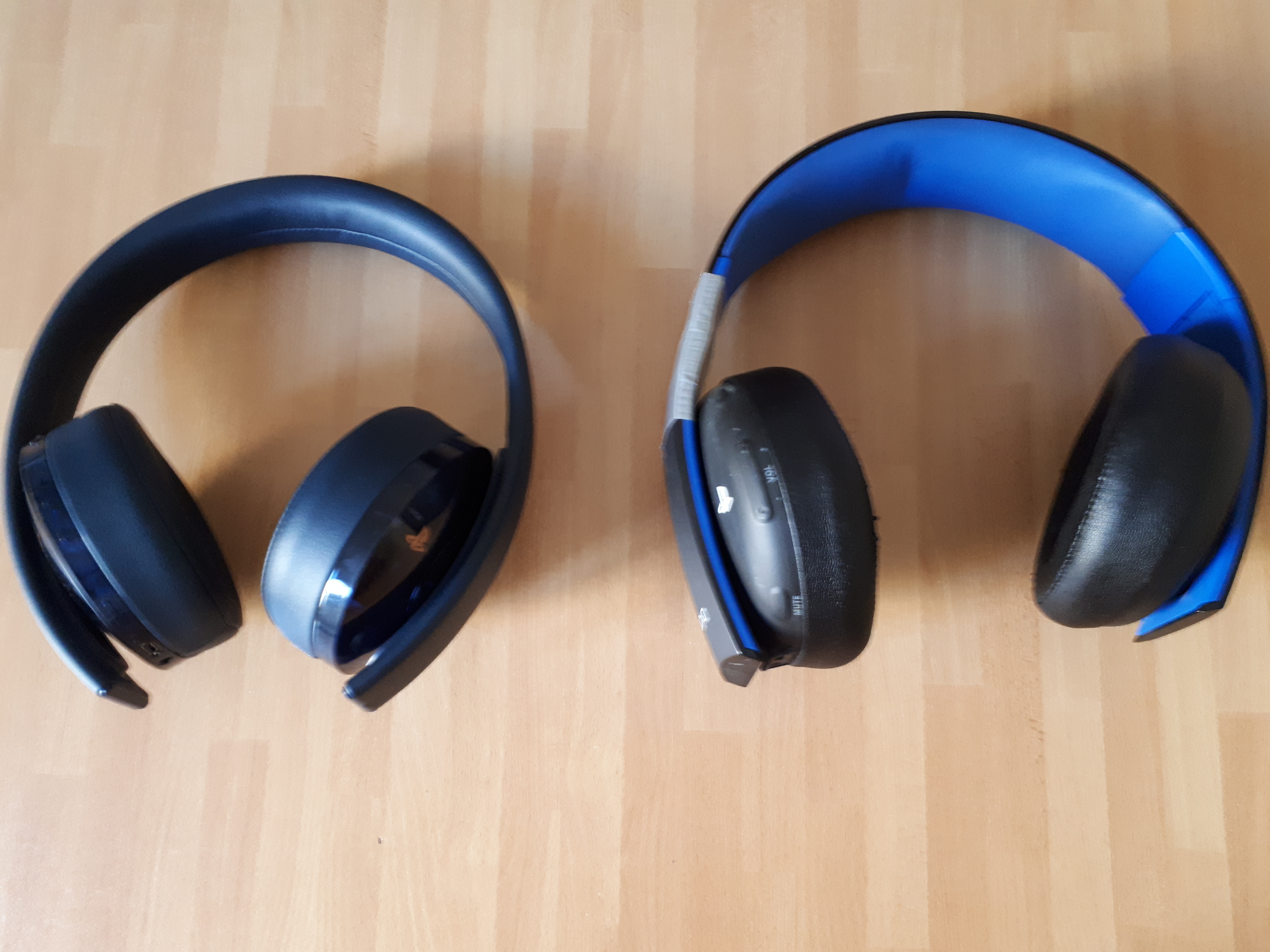 What made me return to Sony's arms? Well, the 3.5mm jack to be honest. I have one set of wired headphones for music, one Bluetooth set for commuting, and need only one wireless set for games and films. I didn’t want to bump up to 4. Wireless is also a must because my cats love wires and it's hazardous to my electronics health if a kitty is swinging on a wire connected to them. So, while most headsets that use a USB dongle work fine for PS4, PC, and Switch wirelessly gave me lots of options, Switch in portable mode only uses a 3.5mm cable which Sony was the only brand to offer the all in one package.

So, I found a deal that hooked me up with a bonus PSN voucher and bought them. And I gotta say, first impressions are very high! Gone is the shoddy shit plastic bulk and hinges. They're much sleeker and subtle looking (which most gaming headsets are not) and as a bonus, much much lighter in weight. That drop in a few grams makes a pretty big difference in comfort.

The ear cups are still made from pleather, but it feels like a step up in quality. Time will tell if it will start shedding like the old ones. And, while you can't see it from photos, the ear cups are deeper which feels nice on the ears. Though, since they are made of pleather and not a light fabric, they are hella hot. It's not a big issue but you will want to give your ears a few minutes to get some fresh air after an hour or so of playing (and seriously, if you're not already taking a 10-15 min break after every hour of gaming you seriously should ;) ).

I am also a glasses wearer and compared to the old Sony cans which never gave me issue but still was an annoyance, the new headset doesn't affect my glasses pressing into my temples at all. I wear medium frame glasses.
I think that's because the redesigned headband is much better. It's a tad tighter than the old ones but the pressure is balanced towards the lower part of the cup so they don't press into my glasses as hard. The headband is wayyyyyyy more flexible. I can twist and bend it like Stretch Armstrong and not feel like it's going to snap. It alleviates any of the hang-ups I had about build quality. 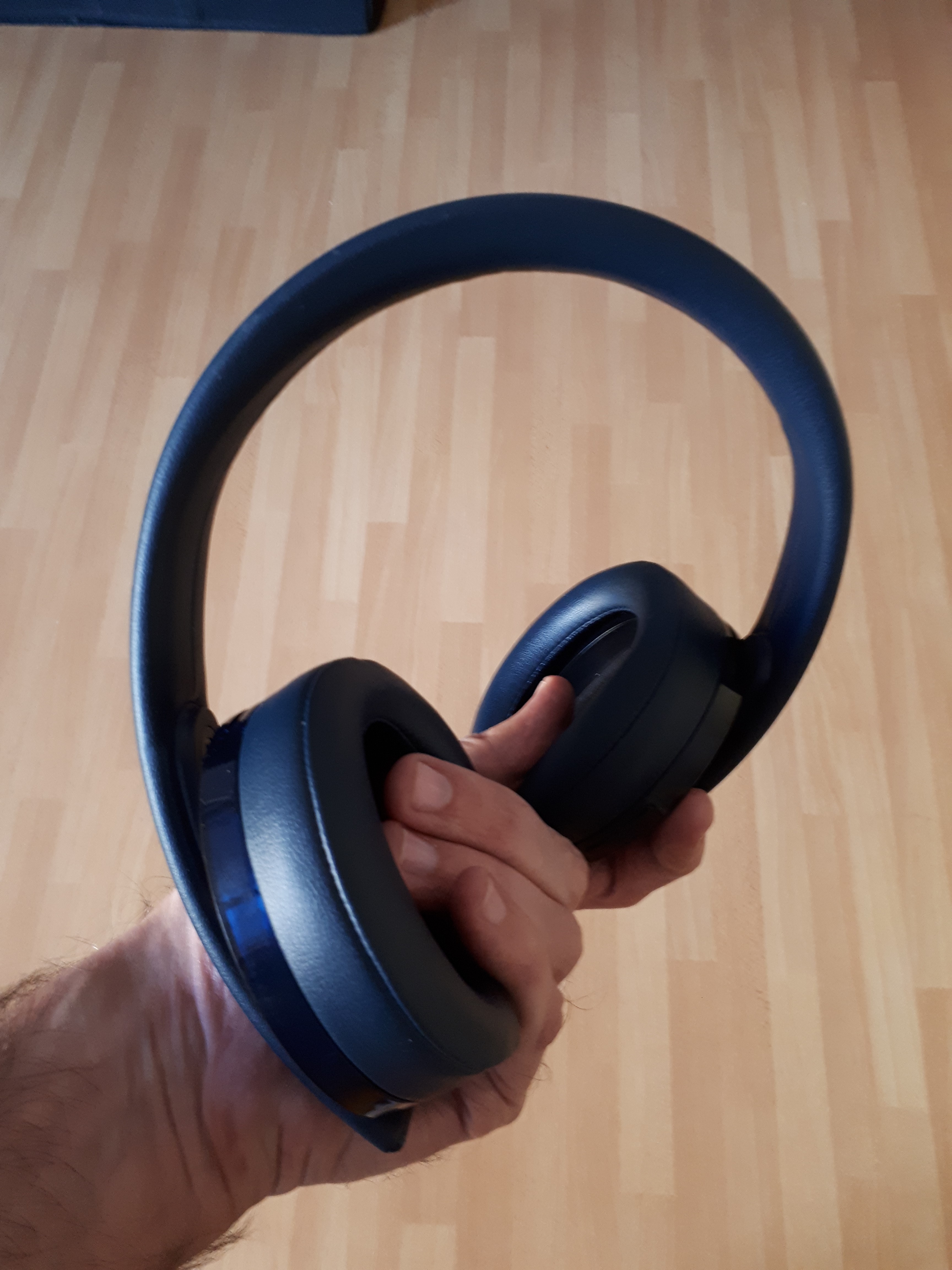 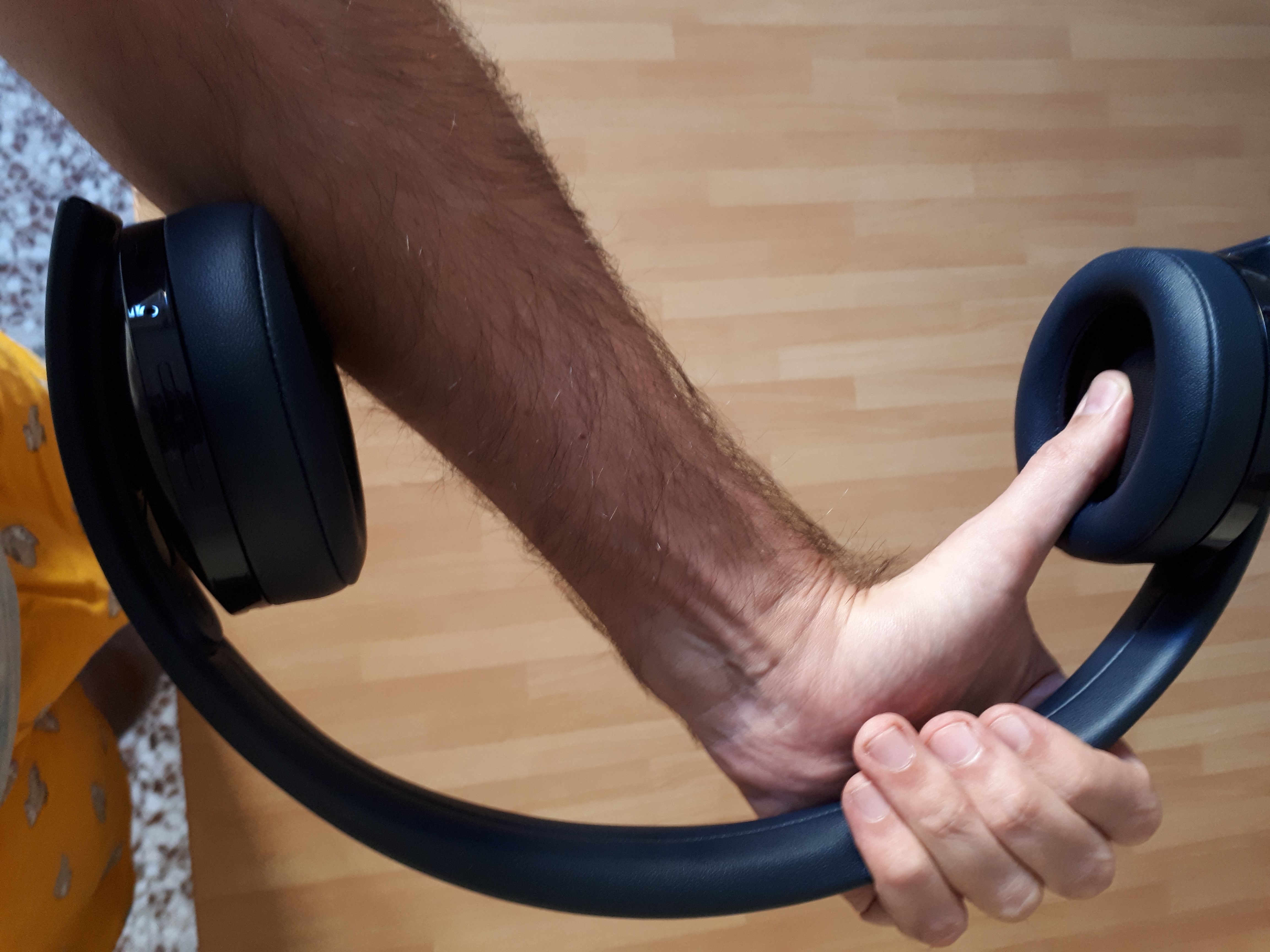 The sound quality takes a bit of a bump up. Nothing huge, but enough to be noticeable. The bass is more profound, and the treble does pierce in the right way. It's not sound you'd get from a high-end Bose but definitely competitive to headphones in the next price range up. The virtual 7.1 on the PS4 (and only on the PS4) is outstanding. I tested it with Far Cry New Dawn and it was a noticeable jump up from the old model's VSS.

Most surprising was when I played on Switch. The old headset just gave me flat stereo sound. Nothing special but they got the job done. These however, still being stereo with no VSS on Switch, delivered a hell of a lot more punch. I tested with Link's Awakening where the sound effects felt good and separated from the music and I tested with Thumper as well. Thumper fucking thumped! That better fidelity really shined in stereo mode! Same for when I connected them in portable with the delightful 3.5mm jack (cable included).
The mic is shit.

If other people hearing your voice crystal clear is important for you and the 3.5mm jack isn't a necessity, look to another headset. Sure, it's not that bad, but it is bad. I game online once in a blue moon and only tested it to have a quick chat with my brother. He had a lot of difficulty hearing my thick Jersey accent clearly.
That being said, the mic is integrated into the ear cups, so it's invisible. I like that. I don't like a dong in my face when I'm trying to game and I don't like extraneous bits of plastic I'll rarely use. It keeps the design sleek, which is more important than a clear mic for my use. 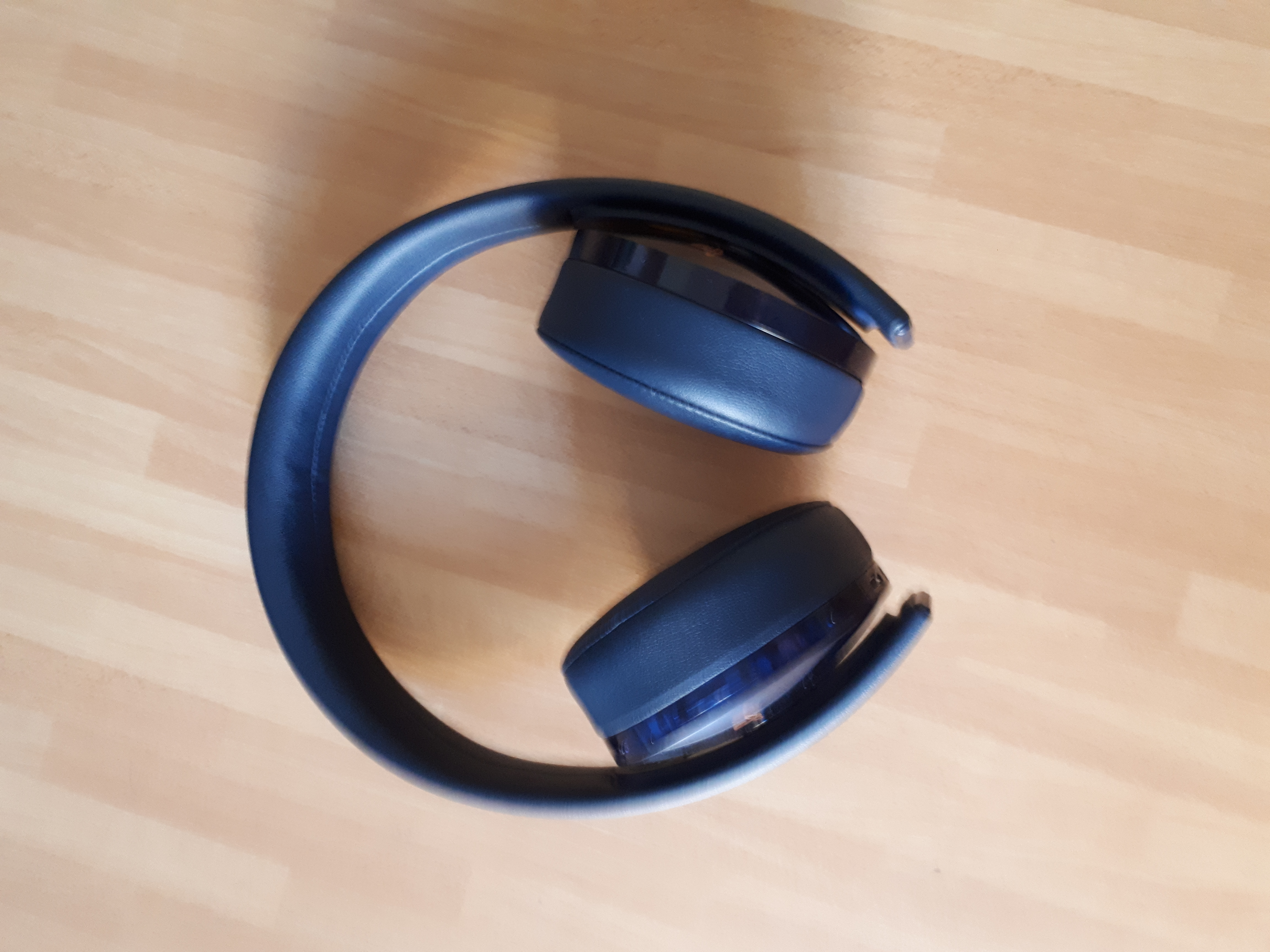 Comfort- Not Too Shabby, but a bit warm

Battery Life- Longer than the Dualshock not as long as the best gamepad ever (Switch Pro Controller). About 10 hours, 3 to reach full charge.

Works with Switch (Docked and Portable) and PC- Yessir!

Durable- So far hell yeah, way more than the previous model. But we'll see about the pleather cups.

So, I hope that this review is informative to at least one of you sexy fucks out there.

PSS. How do I make my photos not sideways?