Well, it looks like The Birdman hasn’t retired his digital skateboard quite yet. Recently, the gaming world was abuzz with rumors and speculations regarding the kind of, sort ofconfirmed Tony Hawk’s Pro Skater 5, chomping at their respective bits for another chance to pretend like they genuinely care about skateboarding once more.

Of course, the timing of this announcement is nearly perfect. Skateboarding has grown into something bigger than anything that the punk rockers and stoned skaters could have imaged a couple of decades ago. Street League contests are broadcasted on national television and whoever wins one of these events can bring home millions of dollars. Nike, the seemingly indomitable king of all things footwear, matches the winnings of their sponsored skaters, making the potential benefits of a gold medal reach near unfathomable amounts of money.

With skateboarding further cemented in the public consciousness than ever before,Tony Hawk’s Pro Skater 5 will inevitably be released to a wave of excitement – aided onward by the kind of nostalgia-fueled passion that is normally reserved for weary skateboarders drunkenly watching Heath Kirchart footage. The first Tony Hawk’s Pro Skater was released at a time when the collective culture of America (and arguably the rest of the world) was ready for something new. Skateboarders – the unwashed, self-proclaimed misfits of the world – became the champions of the masses, at least in a digital sense.

What’s interesting to note, however, is that so much of what made the early Tony Hawk’s Pro Skater games so successful was its roster. People who had no knowledge of skateboarding and skateboarders, except for the fact that ‘Tommy Hawk’ had ‘spun the 900’, were introduced to a handful of iconoclastic polygonal avatars. The available characters, the actual pro skaters of THPS, were a new generation of video game characters, safe representations of an activity that most would never dare to try for themselves.

Critics might argue that it was the addicting combos that drew them to THPS and its sequels, or that the generally awesome soundtrack of each game was the main attraction, but I know that to not be true. I’ve worked in a skateshop since I was sixteen years old. On a daily basis, I interact with people who know nothing about skateboarding other than the fact that they love it but would never dare to skate for themselves. Games like THPS or Skate, through their roster of actual professional skateboarders, informed most people’s opinion of skateboarding and provided a safe portal into a subculture that is otherwise seemingly impossible to broach.

It is with this in mind that I think people will ultimately be disappointed by Tony Hawk’s Pro Skater 5. Because skateboarding has grown and evolved past the era of the original series, the names associated with the sport (because it sadly is a sport now), have changed. This change means that in order to more broadly appeal to the current generation of active skateboarders – not the ‘core’ skater or original THPS fan, but the Dew Tour worshipping audience – Tony Hawk’s Pro Skater 5 will undoubtedly feature a cast that is utterly unrelatable.

Even just looking at the roster of 2001’s Tony Hawk’s Pro Skater 2, generally cited as the best of the early entries in the franchise, and relevance of each skater’s career in 2015, leads to disappointment. These skaters, the heroes to so many who adored the THPSgames, became the manifestation of an entire culture to those who were previously uniniated are largely no longer active. 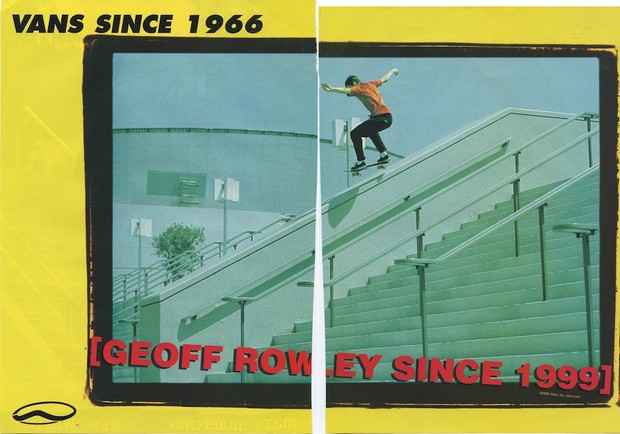 Kareem Campbell, the Axion-wearing progenitor of the Ghetto Bird has done little with his career in recent years. Jamie Thomas, along with his skull-centric wardrobe, has been relegated to a more managerial role as Zero (his company) has brought on a new wave of pros and lost its distribution house, Blackbox. Rodney Mullen still rips, but has transitioned into becoming one of Silicon Valley’s most in-demand minds. Chad Muska and his boom box are completely irrelevant in modern skateboarding. Andrew Reynolds, Geoff Rowley and Eric Koston, arguably the most influential and important skateboarders of the past two decades, have begun the unfortunate transition towards the twilight of their respective careers.

It’s easy to think about this and immediately write it off, but video game fans are traditionally reticent when it comes to beloved franchises switching core characters out. Look no further than Chrono Cross and the reception of Chrono Trigger, Metal Gear Solid 2, or even the love of Ezio in Assassin’s Creed 2 compared to the hatred of Connor in AC3 for a handful of examples. Gamers are stalwart in their opinions and notoriously uncomfortable with change. Couple these sentiments with nostalgia and it is almost always a recipe for disaster.

Eschewing the iconic pros of the early Tony Hawk’s Pro Skater in favor of a more ‘modernized’ roster in THPS 5 is a necessity for the franchise, but also its greatest weakness. Those who are eager for a chance to once again capture the magic of long nights spent comboing across the world want the experience but also the familiarity. Updating the roster inevitably removes that familiarity. Names like Luan De Olivera, Shane O’Neill, and Ishod Wair carry considerable weight to skateboarders, but will mean nothing to those now removed from the sport.

The pros in Tony Hawk’s Pro Skater worked so well because most of the world had no idea who they were. The skaters became a cultural touchstone. Skateboarding has evolved and so has the rest of the world. We have seen skateboarding more frequently than when THPS rolled onto the scene and we have gone too far to look back. That portal into another world, the one that initially made Tony Hawk’s Pro Skater so successful has come and gone. Reopening it will never be what most had hoped it to be.