It might have been a yellow, goggle-sporting youth that changed my life.

It also could have been a deranged security guard. Or a defeatist descendant of a legendary conqueror.

Perhaps it was the allure of summer camp, or mentally charged absurdist humor.

One way or another it was Psychonauts. 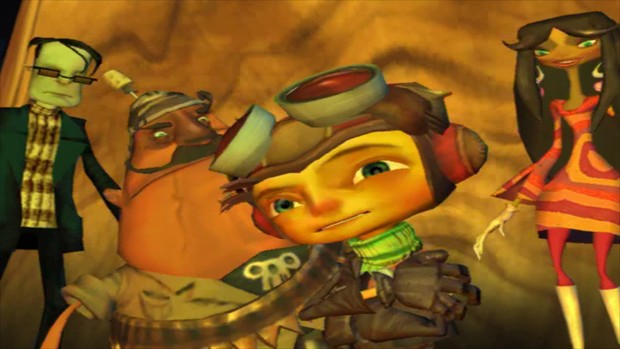 Double Fine’s near-undefinable title is one of the games I hold most dear to my heart. I was fortunate enough to discuss its importance earlier this year on VICE alongside Psychonauts’ tenth anniversary. It’d be easy to ape what I wrote in that article, but I stand by Psychonauts as a game that gets better with age.

Since first playing Psychonauts after its release, I’ve returned to Whispering Rock Psychic Summer Camp half a dozen times. It’s refreshing, always enjoyable, and one of the few games I can think of that genuinely feels better to play time after time.

My appreciation for Psychonauts stems from its ability to resonate with me through numerous playthroughs. Each time I have played through the game, it’s been at a different point in my life. The first time I played Psychonauts was during a rough year of school. I took to Raz because I saw a lot of myself in him. His desire to fit in, his lack of fashion sense (which I still maintain), and overall personality made Raz the first video game character the resonated with me.

In the time since, I’ve learned to appreciate Psychonauts on a more critical level. Instead of seeing it as a game featuring a protagonist that I could relate to, I saw Psychonauts as a game that had something to say. Thematically, pushing past the goofy exterior of Double Fine’s rookie effort, Psychonauts is a game about understanding and excepting oneself. The characters that Raz meets and encounters are troubled and flawed, but become better – adjusted, even, for lack of a better term – by learning to understand themselves on the innermost level. 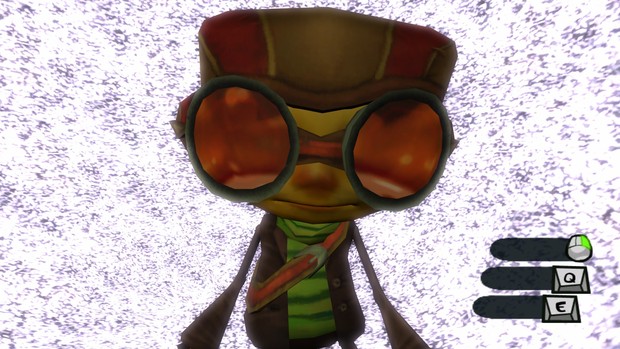 During other playthroughs, Psychonauts stands out to me as one of the strongest written games of all time. It’s heartfelt and funny, poignant and quirky. There’s a nuance to Tim Schafer’s dialogue that is unmatched by other games. Each character in Psychonauts is well-realized and humorous. In my first few playthroughs, I knew the game was funny, but as I’ve gotten older, the game’s wit has clicked with me fully.

Lastly, there’s the actual gameplay. Psychonauts is a strange beast when it comes to the game’s actual mechanics. Due to the brain-poking plot and psychic summer camp setting, Raz has an arsenal of interesting abilities at his disposal. From the game’s double jump (which I think is one of the most satisfying I have ever encountered), to the levitation ball and telekinetic toss, Psychonauts gives players a robust selection of ways to progress through the different environments. During my younger years, the game’s mechanics never stood out to me. Now, I see them as inventive, informed by the game’s narrative and thematic elements, crafted to make sense in the game’s world. It’s smart in a way that I never would have thought of when Psychonauts first came out. 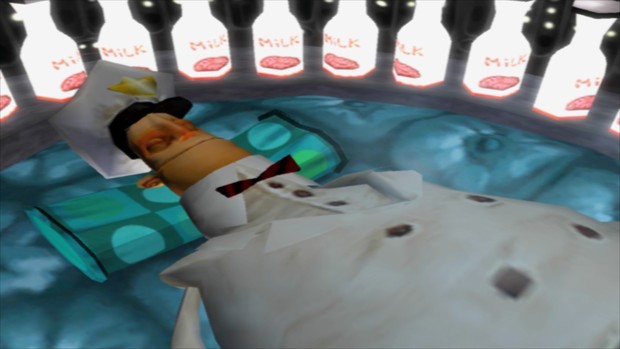 I guess, at the end of the day, Psychonauts gets better with age because it’s an amorphous game. Each person who plays it is sure to enjoy it for a different reason. There’s a certain majesty to its off-beat charm that I will never tire of.

Psychonauts has meant a lot of things to me over the years and I know I’ll continue to be inspired and informed by it in a few years down the road.