"She dreams of freedom, and the decks of whaling ships fast after the beasts at sea. But alas, she is a woman."

Plenty of video games allow you to steal. Games, stemming from darkly lit Dungeons and Dragons sessions, to early CRPGs and first-person stealth titles, have had a long-standing love affair with the pilfering thief and his ne’er-do-well charm.

Stealing is a common element in so many games because it lends itself naturally to the fantasy and escapism elements that entice so many gamers. In reality, we can’t sneak up behind a shopkeeper and remove hundreds of gold coins from his pocket without facing serious consequences. In a video game, we’re free to do as we please. Even being caught holds little in the way of repercussions. Perhaps our character has a paltry bounty placed on their head, or we are forced to serve out an arbitrary prison sentence. It doesn’t matter in the long run, because sooner or later, we can go back to stealing, looting and generally being a dick-ass thief in whatever video game world we desire.

For as popular as stealing is in video games, it’s rare to see the mechanic be used in a meaningful way. Out of necessity, stealing has little effect outside of giving the player additional gold or items. Rarely, stealing does anything that adds more depth to any game it is featured in.

That is, unless you are talking about Dishonored. 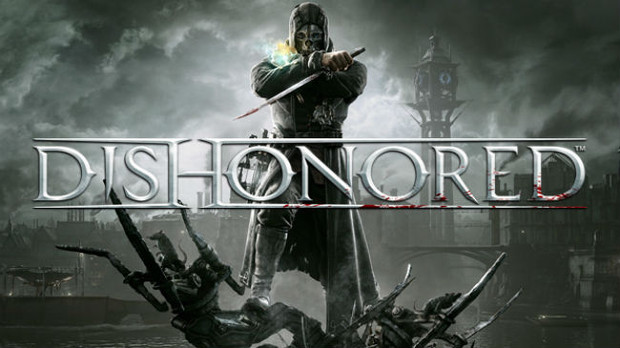 Dishonored is a stealth/action game developed by Arkane Studios. It includes traditional stealing mechanics, in which the game’s protagonist, Corvo, is able to pick pockets and nab loot from behind locked doors. Dunwall, Dishonored’s central location, is a city plagued by sickness, greed and political unrest. Corvo is given the unique opportunity to explore – and steal – as he sees fit during his time in each of Dunwall’s different districts and back alley haunts.

The greatest riches in Dishonored cannot be pilfered from a pocket, or found hidden away in a vault, however. In Dishonored, secrets are the most valuable currency.

Aided by an item called ‘The Heart’, Corvo is given the ability to uncover people’s most closely guarded secrets. While not thievery in the traditional sense, using The Heart adds an entirely new layer to Dishonored’s narrative, as the otherwise unavailable glimpse into the minds of Dunwall’s residents’ shows the highs and lows of a population caught between chaos and catastrophe.

To learn, or steal, the secrets of Dishonored’s characters is simple, but often ignored. By equipping The Heart – an item given to Corvo by the deific entity known as ‘The Outsider’ – Corvo can use it when in the presence of others. Because of The Heart’s otherworldly origins, it croons a tale of truisms to Corvo, informing him of the most honest and informative thoughts from those he comes across. 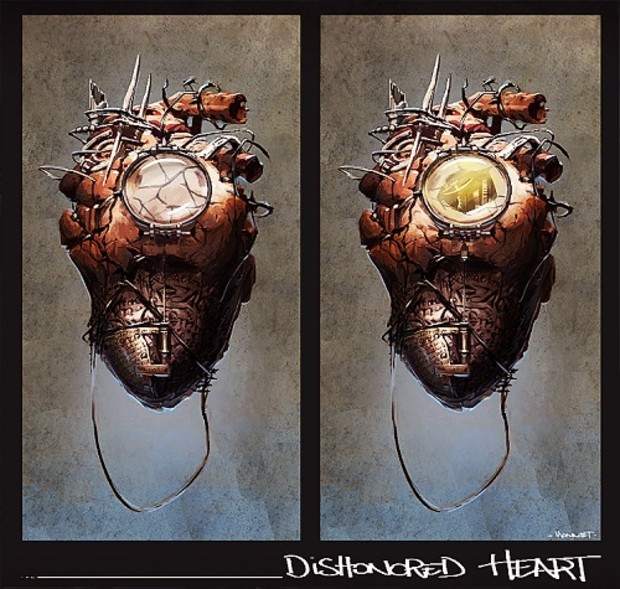 By using The Heart, Corvo is able to see Dunwall for what it is. In Dishonored, Dunwall is in a state of flux. Corvo’s actions ultimately decide the city’s fate, guided in one direction or the other by the choices he makes during his assassination missions. Because the game places so much emphasis on player autonomy, Dishonored allows the narrative to be experienced in an ‘at your discretion’ format, exponentially expanded by use of The Heart.

Corvo’s ability to steal a look into the core of each characters being is unendingly fascinating. The Heart knows all because it is in many ways the essence of Dunwall and its inhabitants. Players are given a heartfelt look into the motivations and flaws of Dishonored’s characters. The people of Dunwall are broken and scarred, beaten down by troubled pasts and hard times. Corvo, on his quest for vengeance and redemption, is a kindred spirit to these folk through the use of The Heart. During the events of the game, he becomes faceless, wearing a mask to keep his identity unknown. Much like the residents of Dunwall who hide their true self from everyone, Corvo becomes a walking secret himself.

It is with this understanding that the importance of The Heart is truly seen. The Heart has hundreds of lines of dialogue to listen to, each of which fleshes out the city and characters, giving players additional, perhaps critical, context to the world in which the game takes place. Dishonored can never be experienced fully without stealing the secrets from the hearts of those who exist within the game’s world.