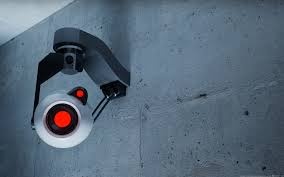 summer has ended and we dive right into the fall program with the next set of Mega Man entries! And right at the start, we have one of the classics of the franchise: Mega Man 2 (1988), arguably the most influential part of the series. We already hat Quick Man early this year so this time we have the stage theme of a non less famous robot master: Crash Man, whose level features a very reminiscent melody:

There is a significant number of songs with such a sequence which makes me believe it might be a standard. Some examples:

Let's start with a song by a japanese jazz-fusion artist, Masahiro Ikumi:

This one is cited by several blogs:

but it is predated by one year by the song

The earliest song I know so far that has such a sequence is actually by a blues musician:

In case anyone wondered: Yes, that's Jimi Hendrix on that guitar.

Now to the main part of the song that starts at 0:25. This one is harder to pin down. There is a number of backings in Funk and Synth Pop music that have a similar curvature to this sequence. Here we go:

Again, we start out with a japanese artist.

Frankly, I think this is also blues. But I only know blues songs at the moment that are similar but not perfect. Something like this: