(NVGR) Not So Fun Facts About Being Homeless 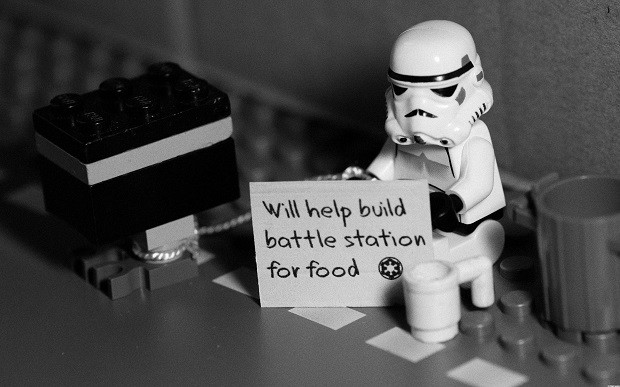 1: You can shit anywhere. That wall? Do it. That person's car? Go right ahead! That baby stroller, that the mom isn't paying attention to? Don't mind if I doo doo. It's your world. Seize it.

2: The best place to sleep is supermarket parking lots. I'm talking Safeway/Bel-Air here. Less chance cops will find you and more importantly, less chance the crack heads will find you.

3: Hide anything valuable, no matter the time of day. Ok, not a fun fact, but important. I've had 4 robbery attempts on me now and have been lucky enough to escape/fend off them all. These people don't care. Anything you have, is more than they do and some folks don't like that at all.

4: Not everyone is a dirtbag/thief/rapist: It's dangerous on the street, no doubt. But there are a lot of decent folk, a lot of forgotten folk and a lot of mentally unstable folk who need care. Not everyone chose to become homeless, or are homeless because they are lazy. A lot of folks are, but not everyone.

5: Drugs and sex are way more available than you'd think: My third night I was offered a hit of heroin and a bj for some cigarettes. Since then, I've been offered everything imaginable and then some. Seen some gross tits and some dirty dicks. It's.... rather shocking I have to say. Pretty tempting in some cases... but I have enough problems and don't need to add addiction and STD's to that pile. 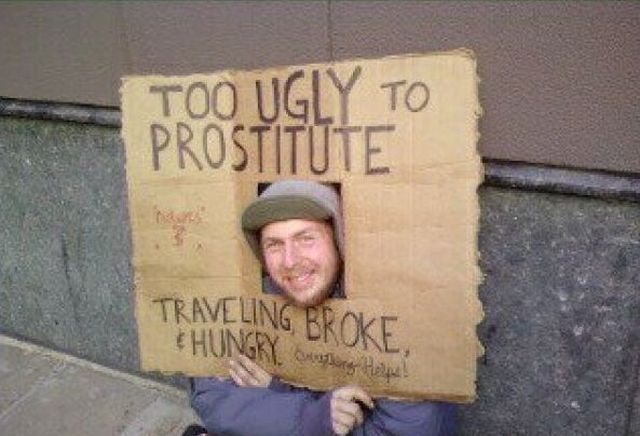 6: The hunger changes you. I survive off very little food now. Good diet and also expanding my taste buds. Food closets and such don't always have the best selection, but how could you fucking complain? Cheap .50 burritos are gross, until you haven't eaten in 3 days. Milk? I fucking hate milk, yet I downed a little bottle when it was given to me and it tasted like heaven. It was NOT a bad choice. Also, just throwing it out there: Safeway poor boys easily fit into standard pockets and are pretty tasty.

7: 3am-5am are the fucking worst. The worst people seem to be out. The loneliness is the worst. The silence is crushing. That time of day fucking sucks man. I've almost lost it a few times during those hours.

8: Keeping clean is easier than you'd think. Loaves and Fishes offer free showers every day between 7-11am. Also, many public pools have those little showers in the bathroom and who gives a shit if someone stares? You're homeless, you don't give a fuck at that point. Laundry is the hardest part to keep up on, but if you can get some change, just hoof it to the laundromat and get that shit done.

9: You need to take care of your feet: Even though I have a car, my feet take a beating from all the walking and such. Ive got blisters and cracks all over. Even using lotion on them, resting them as much as possible, and keeping them dry isn't stopping the toll from all that walking. Your feet are your best asset and your main transportation, do your best by them.

10: You really find out who your friends and family are. For me, this is the saddest one. The only help I've received has been from 3 Dtoiders. Every fucking person I know (which isn't many, to be fair) IRL has ignored me or turned me away. Most of my online friends act like they care and never contact me after the intial 'talk'. Shit hurts, but at least there's 2 that text me here and there. It's alright though, I'll survive as I'm known to do. Hopefully I'll land a job soon and can get a place. Hopefully I can find some side shit in between, so I can have a little more cash. Rented a room for a week (from a private party, not a hotel), for pretty cheap. That's been great. No bed or anything, but I'm not confined to my car or out in the heat. Guy let me use one of his laptops too. Pretty cool shit.

To be clear, I didn't write this for sympathy or any of that. I just need to vent. I'm in this situation, because I couldn't control my mouth in front of a cop and yadda, yadda. Appreciate what you have and be careful, one stupid action could end up with you in my position. Hopefully by this time next month, my situation will be solved or I'll have earned enough for a rental on one of those fully furnished places. Until then, I'll see you guys when I got Wi-Fi or PC access. My phone sucks balls due to using all my data.