Indifference Be Thy Name! 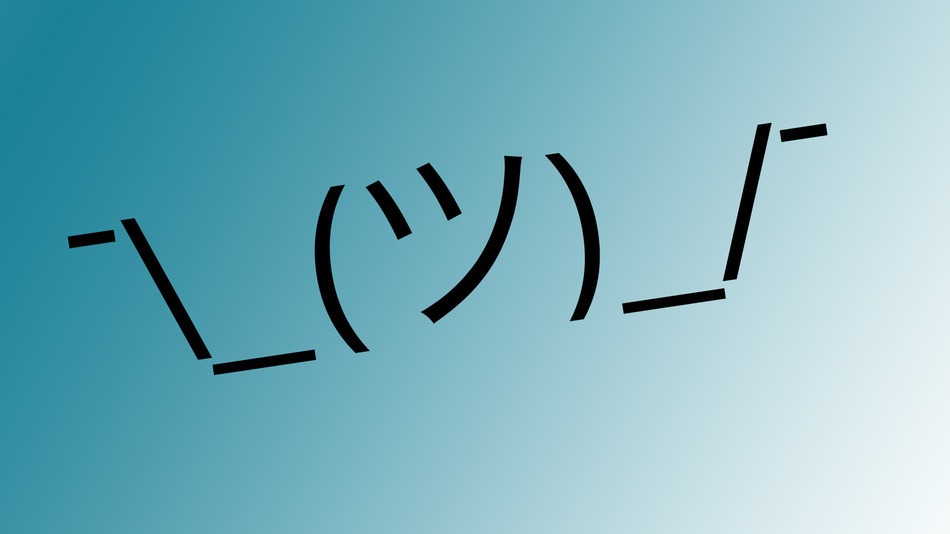 Something seems off with me lately. Whether it's because of age or general apathy towards the vacant release schedule near the end of the year, I've been pretty indifferent to a lot of new things happening.

Fallout 4 launched last week and I don't care. Spectre just came out in theaters and I thought it was pretty mediocre. Guitar Hero Live has been getting good press, but I found the game is simply the same old thing. Indifference Be Thy Name!

At least with James Bond, you can tell it's a bit of brand fatigue for Daniel Craig. Some recent interviews have shown that he has grown tired of the character, but I'm still unsure why he would put out another movie with that attitude (I'm guessing the extra 0's at the end of his paycheck helped).

It can't just be my cynical attitude towards , because I also saw The Peanuts and thought it was pretty good. I believe MGM is constantly battling with whether to reinvent Bond or stick to the same old formula. Sadly, Spectre just feels like a continuation of Roger Moore's films.

I was never big on Fallout 3. I loved the introductory sequence and was blown away by the scale of things, but none of the missions really added up. The ending felt rushed and even your choices were stuck in a binary process. You couldn't do a moral grey, just black and white.

My favorite memory from the game was running with your dad and getting hit by a god damned fatboy. That was intense. Otherwise, I just remember the game looking average and being a stripped down shooter and RPG. It was a cool combo, but the game was basically Oblivion with guns.

I also used to be a gigantic rhythm gaming nut. I played all the Guitar Hero games up to 5 (as well as Aerosmith and Metallica) and played each Rock Band game (including the preposterously stupid Lego one). I even still own DJ Hero. I just feel nothing with GHLive. 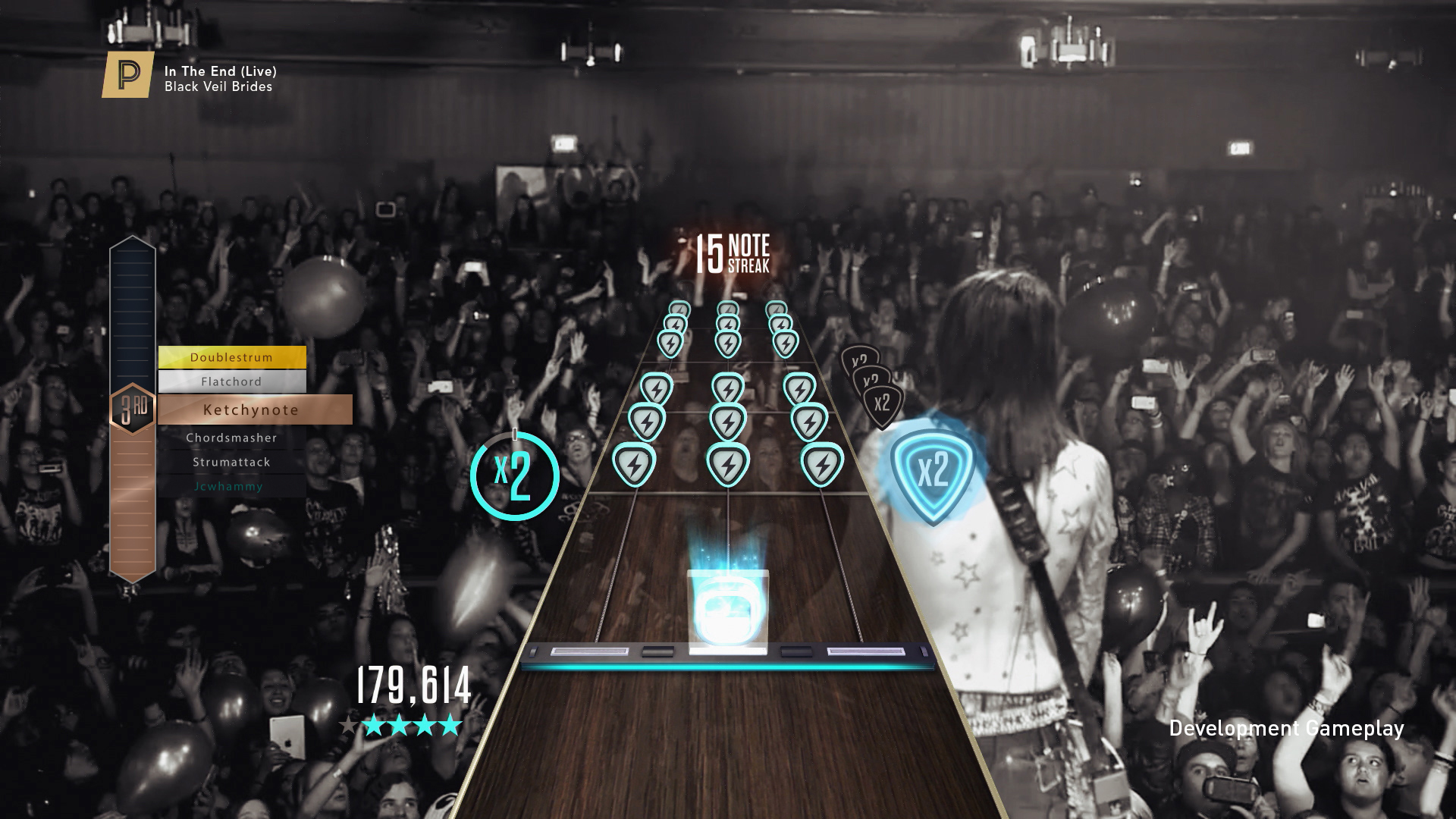 Yeah, I want to play this instead of some classic rock...

The addition of the lower fret is kind of neat, but I can't wrap my head around the icons for Black and White buttons. For some reason, I keep reading White as if it's on top. I know that is more of my problem then the game, but what isn't my issue is the lackluster presentation.

The FMV sequences are pretty stupid. It's funny to watch someone else play, but they are completely pointless in the midst of you grabbing the controller. Not only that, but those transitions are not seamless; the damn screen flashes blue between "Awesome" and "Poor" performances. It's really distracting.

Rating a setlist is always going to be subjective, but I'm just tired of these games front loading all the horrible songs to make you work for your favorite tunes. I like the idea of GHTV, but the menu system loves explaining every detail with excruciating clarity. I just want to play the damn game.

In all fairness, it isn't a bad game. In the intervening years, I've managed to pick up an actual instrument and learn to play. I'm a decent bassist and going back to Guitar Hero, I just want to play my bass. The controller is so light weight and flimsy that I don't feel like a musician; I just feel like some tool with a toy.

Even with this blog, I haven't had much to really say. I've been playing some neat games (and fucking WWE 2k15 for asinine reasons) and everything is cool. I have a Mega Yarn Yoshi and La-Mulana is kicking my ass. There really isn't much I can write about. 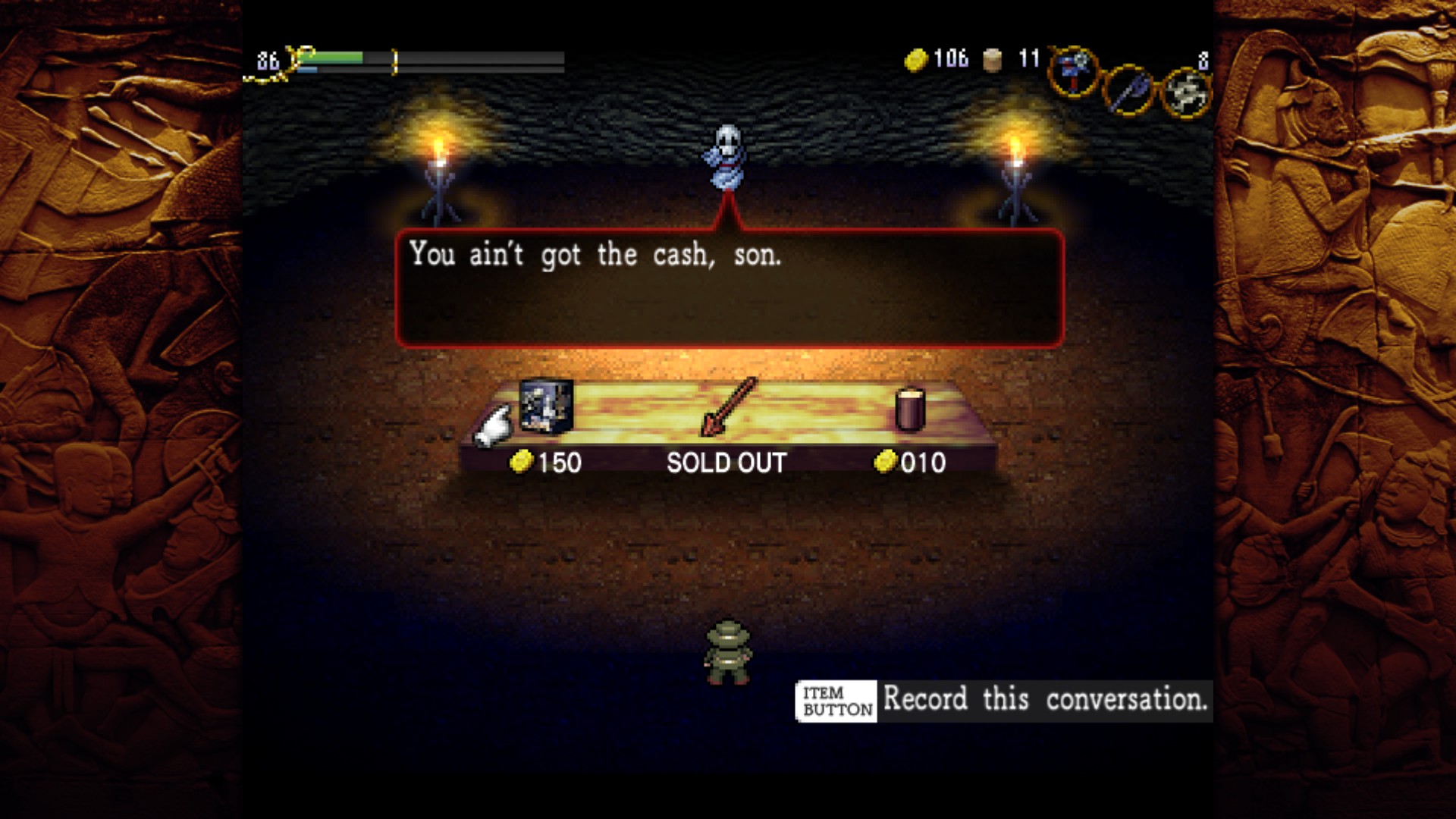 As fun as a game like La-Mulana is, there really isn't any deeper meaning to it. I like the design and the philosophy behind it's difficulty, but it's just a really well made retro throwback with some punishing moments. It's great for people like me, but not the general public.

I'm mainly worried that my lack of motivation is a sign of something deeper. I've been out of the loop with major game releases for awhile now. Metal Gear Solid V was a fluke for me, in that regard. It was a series I had fallen in love with, where Fallout and Call of Duty are just games that are in my past.

Oh well; I suppose one cannot always have some topic to bring up. I didn't feel like leaving this blog empty in November, so this is what I came up with. I promise my next blog will have more of a focus to it.

In the meantime, have a picture of Yoshi with Hogan. 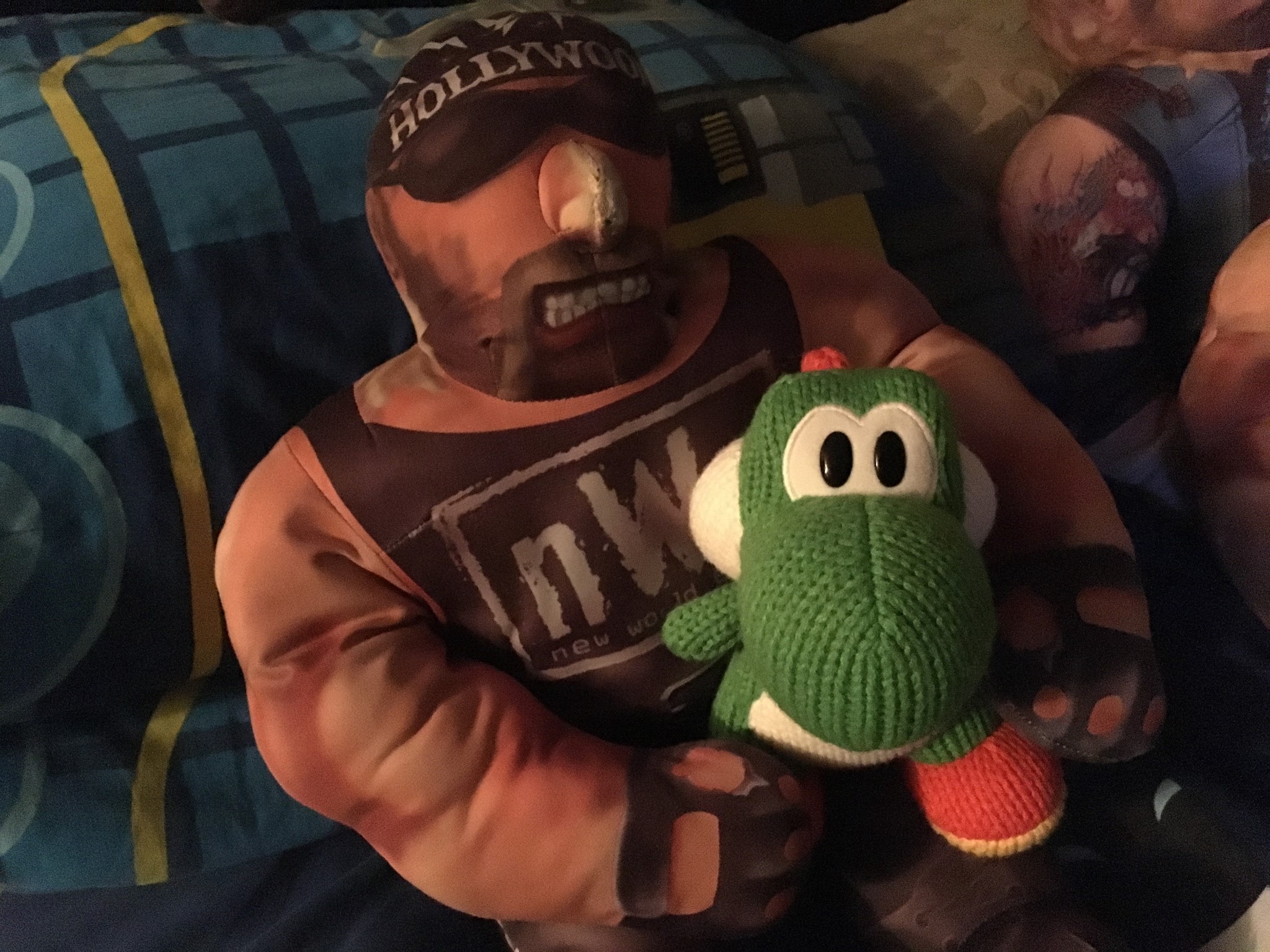