Who has two thumbs and didn't get any progress done in his game? This fuckin guy! February was a pretty hectic month -- more than it should have been. Admittedly, it could have all been smooth sailing had I gotten my shit together. But... I don't. I deal with everything in waves, for better or worse.

But I had to do something, so I went on just before making this post and tried to make some progress. And I did!

So due to that, this February update post will be in March, will be like a 1 minute read, and March will now have two update posts.

The first thing I noticed was the serious wide angle camera views. This ain't IMAX! The wideness caused stretching near the sides of the player's viewport. So I reduced the player's screen sizes when playing (seen above in the red circle). Now it doesn't look so stretched out at the edges. 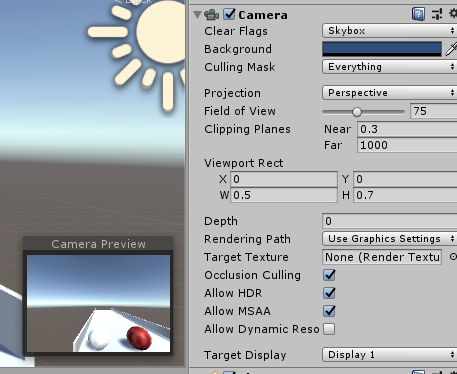 I applied this parent object logic to my level, plane, thing -- eh, I don't know what to call it. But I put my walls and ground together into another empty object (my box). Then I duplicated the parent object. Now I have two planes -- er, terrain things.

But I immediately realized If I wanted to continue to use this specific type of plane, I had to create a prefab, which is just another way of saying blueprint. Instead of duplicating the object manually each time, a prefab can automatically create the object. When I want to use this prefab for a section in another scene entirely, I just need to drag the prefab over into that level. Then an object is magically created into the scene. Easy peezy! 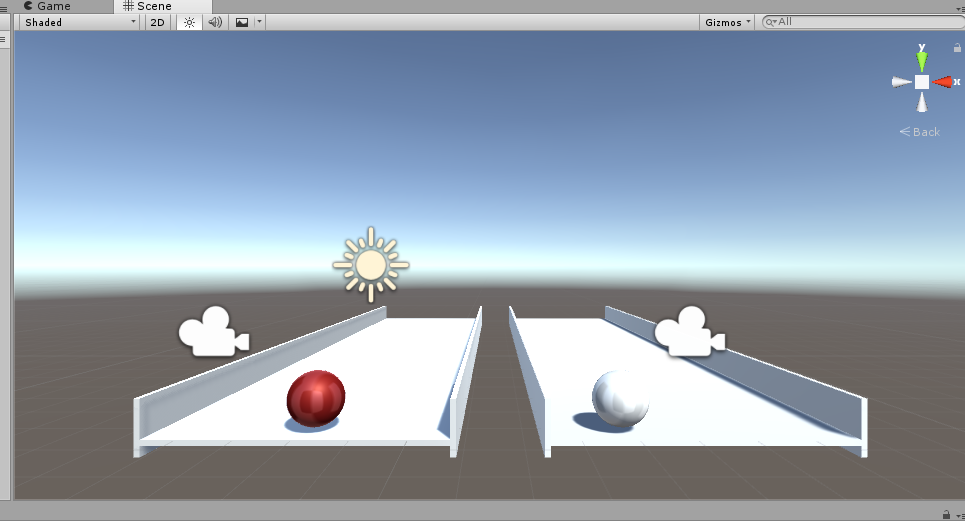 I have my shit together -- for the most part -- this month. I should be able to create many more prefabs and levels next time around. I wanna have something playable by summer, but who knows how life wants to fuck me over in the future. I'm half-kidding when I say that, but it's also half true. Life just loves to gives me lemons and squeeze them right in my eye. And oh does it burn.

I always say progress is progress. Even something as small as this. The nice thing about this is that I am doing this for me and I am my own boss. There's no rush or deadline, just knowledge and growth. I'm doing this just for the love of it. Til next time!