Is this the real world, is this just Fantasy Life? 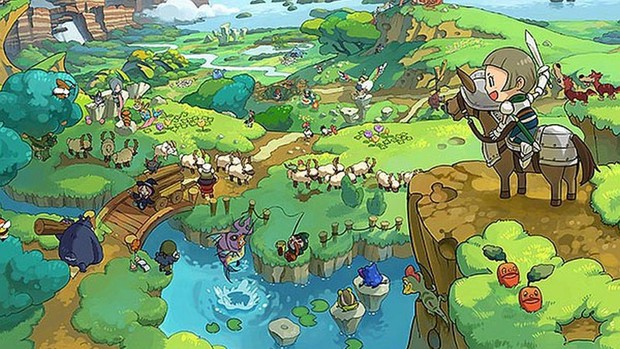 Disclaimer: I’ve only been playing Fantasy Life for about a total of 6 hours, so this is a review in progress that I’ll update as I go along, so don’t expect a score yet, just some general impressions of the game.

Do you like escapism? Do you dream of being a part of a feudal society with a stable job economy, able to switch jobs at the drop of a hat with no consequences? Well, look no further, friend! Have I got a game for you! Fantasy Life gives you the strength of a thousand men (or women), makes you fart fire, and piss good European beer! Disclaimer: Product does none of these things, but you might find it quite enjoyable. You begin the game with a create a character screen (are you a boy, or girl?) that lets you determine your sex, body type, hair style, moustache colour, and your starting job class. Once you’ve determined these factors you’re golden and can get on with the game.

If you’re familiar with the works of Level-5 then this isn’t a tough sell. Fantasy Life combines the cute visuals and charm of games like Professor Layton and Ni No Kuni, whilst retaining all of the great puns and humour from their tenure on Dragon Quest 9 (One of the first puns is a butterfly that masquerades as your bowtie so you can get into the castle to see the king. The butterfly calls herself, you guessed it, a “buttertie.”) I knew from this point on, me and Fantasy Life were going to get along just fine. 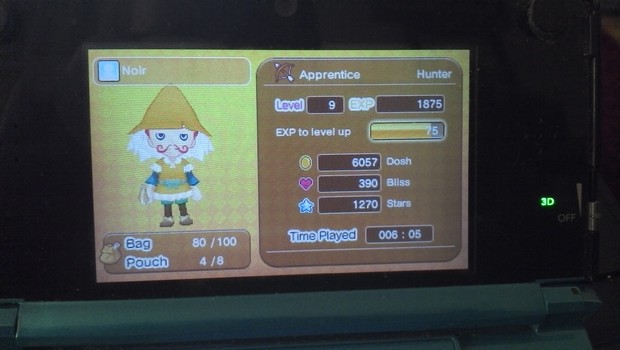 Here's a handsome fellow I made earlier.

One of the things I liked about Fantasy Life was that you could change the job system without any fuss by going to the Guild Office. This is reminiscent of the All Trades Abby in Dragon Quest 9, but thankfully with the job system being the main selling point of Fantasy Life, you’re given the ability to change jobs at a whim at any time simply by going to the Guild Office. I chose Hunter, because it makes your character look delightfully like Snufkin from the Moomins books complete with silly hat, plus I like running away from enemies, like the coward I am, whilst peppering them with arrows, just like how I play Skyrim. I’m yet to experiment with the other jobs, but Level 5 have done a great job of making each job have plenty of quests as I’m wandering round getting quests of NPCs about half of them I can’t do yet because they’re to do with mining, or being a lumberjack or an fisherman. The world is replete with trees to cut down and lumber, ores to mine, and fish to...well, fish. The world feels really balanced, and it seems like there’s always something to do no matter what job your pick.

The game also has an Animal Crossing feel to it in the fact that you’re helping people in Reveria, but you’re also earning enough money to move out of the Inn you occupy and buy your own house. You can also buy multiple pets that you can bring into battle with you (I have a white cat called Samus) which is pretty adorable, and rent or buy a horse which makes getting around the world a lot faster than running or walking. Talking of which, you earn XP for your running skill the more you run, and for your sneaking skill the more you sneak, which reminded me of spending hours sneaking around Oblivion and Skyrim to become a silent treading ninja, and was a nice touch. Also, you can shake trees like in Animal Crossing and apples and beehives will fall down, if that’s your thing. The world is full of things to do, but there’s never really any great sense of urgency to anything you do in the world which strikes me as possibly the game’s greatest weakness and strength – weakness as there are times where you fall into lulls (why am I doing this?), but strength in the fact it’s ideal for portable bite-sized plays. Yet saying this, I can’t seem to stop compulsively flipping open my 3DS and continuing where I left off. 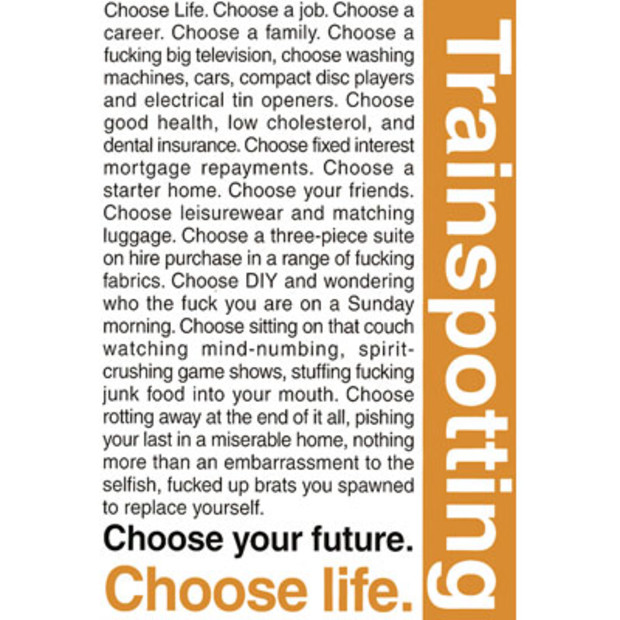 The quests range from the simple (give an NPC 5 bottles of milk when he’s standing right next to a field with a cow in it), to preventing the fragments of a dark comet from turning formerly peaceful creatures into mad purple rage monsters which seems to be the thrust of the main quest, but I’ll say no more about that because I’d hate to spoil it for you, and I honestly haven’t progressed far enough into the main story quest to tell you all that much about it. What I will say is that the characters are quirky, the pace is leisurely but fun and there’s a little something for everyone here, whether you want to be magician, a chef, a paladin, or any of the rest of the 12 “lifes” on offer. So far I have no reservation about saying pick this game up and get a “life,” then decide that life’s not for you and become a tailor, because being a tailor is frikkin FABULOUS.