Why Can't Sonic Catch A Break? 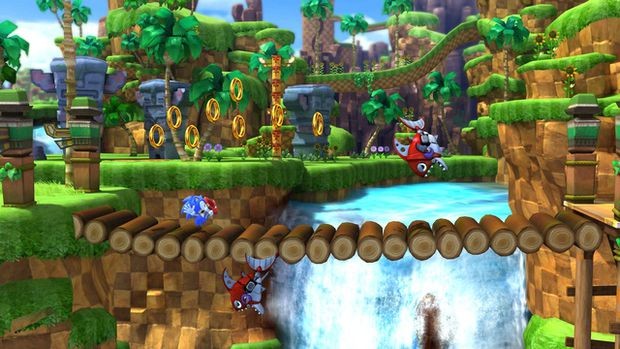 Sega’s latest attempt at revitalizing the Sonic franchise was a whole new brand called Sonic Boom. They started a new comic series with regular collaborator Archie Comics, a new toyline with Tomy, a new animated series with QuiDo! Productions on Cartoon Network, and a pair of games exclusively for the Wii U and 3DS: Sonic Boom: Rise of Lyric and Sonic Boom: Shattered Crystal. A lot of people were wondering why Sega would do this at all. Well, they created this new brand to appeal to new and pre-existing fans, such as kids. Sonic doesn’t seem to be extremely popular with children today. In comparison, Mario is quite a popular character with adults and kids alike. Sonic’s latest games have been trying to change that status quo. Sadly, Sonic seems to be missing the mark when it comes to victories.

In 2008, Sonic Unleashed was released to mixed reaction. While many critics and fans loved the daytime stages, beautiful locales and the excellent soundtrack, the nighttime stages featuring the newly introduced Werehog were lambasted.

In 2010, Sonic Colors was released to positive reaction. The game was praised for its’ graphics, upbeat soundtrack, new power-ups called Wisps, and mostly new voice cast.

In 2013, Sonic Lost World was released to extremely mixed reaction. Despite a well-received soundtrack and graphics, uneven difficulty, imprecise controls, and frustrating level design let fans down. In 2014, Sonic Boom: Rise of Lyric was released with abysmal reviews due to bugs and repetitive gameplay. So, what’s happening to Sonic (again)?

Sonic has become a joke to non-Sonic fans and critics alike over the years. Many former Sonic fans stopped playing Sonic games years ago. There’s a lot of debate about which Sonic game was the last ‘good’ one before the 2006 catastrophe. Many titles mentioned include Sonic Heroes, Sonic Adventure, and even Sonic the Hedgehog 2. 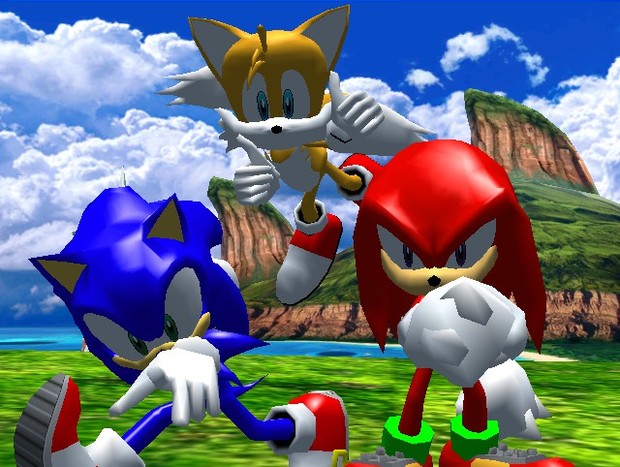 Many players have felt when the Sonic series became 3D, it lost what made the series special. The 3D titles featured varying problems including a sporadic camera, imprecise controls, uncontrollable speed or a lack thereof, gimmicky ideas, lacking stories, and cringe worthy dialogue. Of course not all the early 3D titles have been bashed such as Sonic Adventure and its sequel which many fans adore. While not as praised, Sonic Heroes is also considered a solid Sonic game before the questionable titles started releasing.

I truly wish Sonic was not in this state. He’s my favorite video game character, and a gaming icon. So many people seem to have it in for Sonic because of the quality of his most recent games. Gamers have created the name ‘Sanic’ as an insult to the character and his series. So I wonder why Sonic can’t receive a little support from the gaming community instead of being ridiculed because of his mistakes. The Sonic series has made a number of mistakes. An abundance of mistakes actually. But isn’t it worth moving on, and hoping for the best? If gamers don’t like Sonic, focus on what you do like, instead of attacking a series that actually has a fan base.

If we focus solely on the games, I believe automated gameplay, unfunny scripts, bottomless pits, overuse of nostalgia (Sonic 4, Sonic Lost World), tired features (the Wisps), and new yet unmemorable characters have hindered Sonic’s games. What I like in my Sonic games are a memorable story, character development that carries on into future games, an excellent soundtrack, a dynamic camera, creative levels with multiple paths, replay value, fun and intense boss fights (Sonic Rush), and collectables (such as Red Star Rings). I would love to see Sonic’s mechanics from the Adventure and Heroes games return when he wasn’t too fast or too slow in case the boost ability is still retired. Sega could introduce fun yet undemanding achievements. Plus, missions are a great feature in the Sonic games that include them (Sonic Rush, Sonic Colors DS, Sonic Generations).

For the next handheld game, I’d love to see a 3D Sonic Rush title on 3DS with the excellent sense of speed and level design (and that includes the mid-air tricks) exclusively on Nintendo’s handheld while taking advantage of the system’s hardware. Sonic Lost World for 3DS was the first 3D handheld Sonic game, however this game featured an influx of overly long levels and extremely frustrating gameplay. I hope the next 3DS title avoids this game’s issues. I think taking a little inspiration from Super Mario 3D Land may be appropriate; particularly a post-game unlockable character like Tails, whose flight could extend replay value. Of course flight would probably be limited similar to Sonic Heroes, so players could not break the game. And what about the Chao? Why not use them for StreetPass?

For the next console game, I would love to see a new Sonic game for Wii U, PS4, and Xbox One similar to the release of Sonic Heroes on the GameCube, PS2, and Xbox. Sonic is known for his technological innovations and creativity back on the Genesis. Instead of restricting the games to Nintendo consoles, Sega could bring back the multi-platform titles. Speaking of Nintendo, Sega could support Nintendo’s Sonic amiibo by using the figure in their Sonic games for Nintendo consoles. 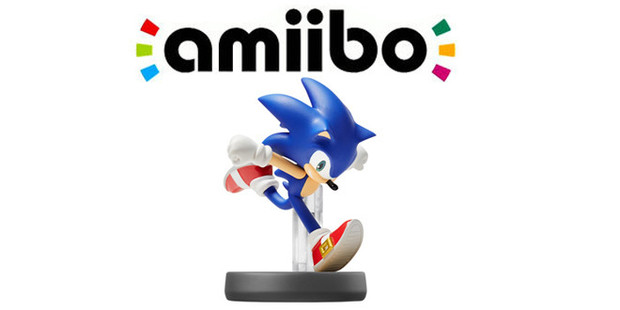 Which brings me to an important question: Why do people love Sonic the Hedgehog anyway? For myself, his speed and cool factor vault him over the definition of a standard hero. He is relaxed and laid back, but when needed, he will help the helpless in a heartbeat. He has a carefree sense of adventure and compassion.

I would like to see the next Sonic game return to Sonic’s roots by included fast-paced gameplay, an enjoyable story, innovative levels, and simple controls. If Sega can nail that, I think Sonic will have a long and healthy future. His haters probably won’t go away, but his supporters would be proud to call themselves Sonic the Hedgehog fans.