With all these rumors of a Resident Evil 3: Nemesis remake coming out, I thought it would be a good opportunity to go over what could really work in a new version of the game. Following the success of Resident Evil 7, interest in the series has finally soared again. It’s a perfect time to look back at the series with these remakes and move forward with new titles. I'm really happy about the current state of this series since I’m new to Resident Evil.

My first real exposure to RE was getting addicted to a Resident Evil 4 walkthrough on YouTube some years ago. However, Resident Evil 2 remake is my first game in the series and also happens to be my game of the year. After seeing everyone’s hype over this game in 2018, I decided to look into it. Despite not being a fan of horror in any medium, I kept up with all the game’s updates and by the time it was out, I was hyped too! I could gush about this game for hours from the sound design and game mechanics to the replay value and voice acting, which all brought Leon and Claire’s nightmare of a journey to life. And of course I can’t forget Mr. X!

While I haven’t played any of the older games, I am interested in checking out some of the HD re-releases on the PlayStation store. With Resident Evil 3: Nemesis, it would be fun to experience Jill Valentine’s Raccoon City adventure with the mechanics of the newest remake. I’ve checked out some gameplay videos for the original Resident Evil 3: Nemesis and I had some ideas about how they could update it and differentiate it from the Resident Evil 2 remake.

This is the most obvious recommendation but the developers could use assets from RE2 remake to speed up the game’s development if it is actually releasing in 2020. Of course, it depends if this remake is outsourced to a different developer but reusing assets would make a lot of sense and would be history repeating itself in regards to the original RE3’s development. 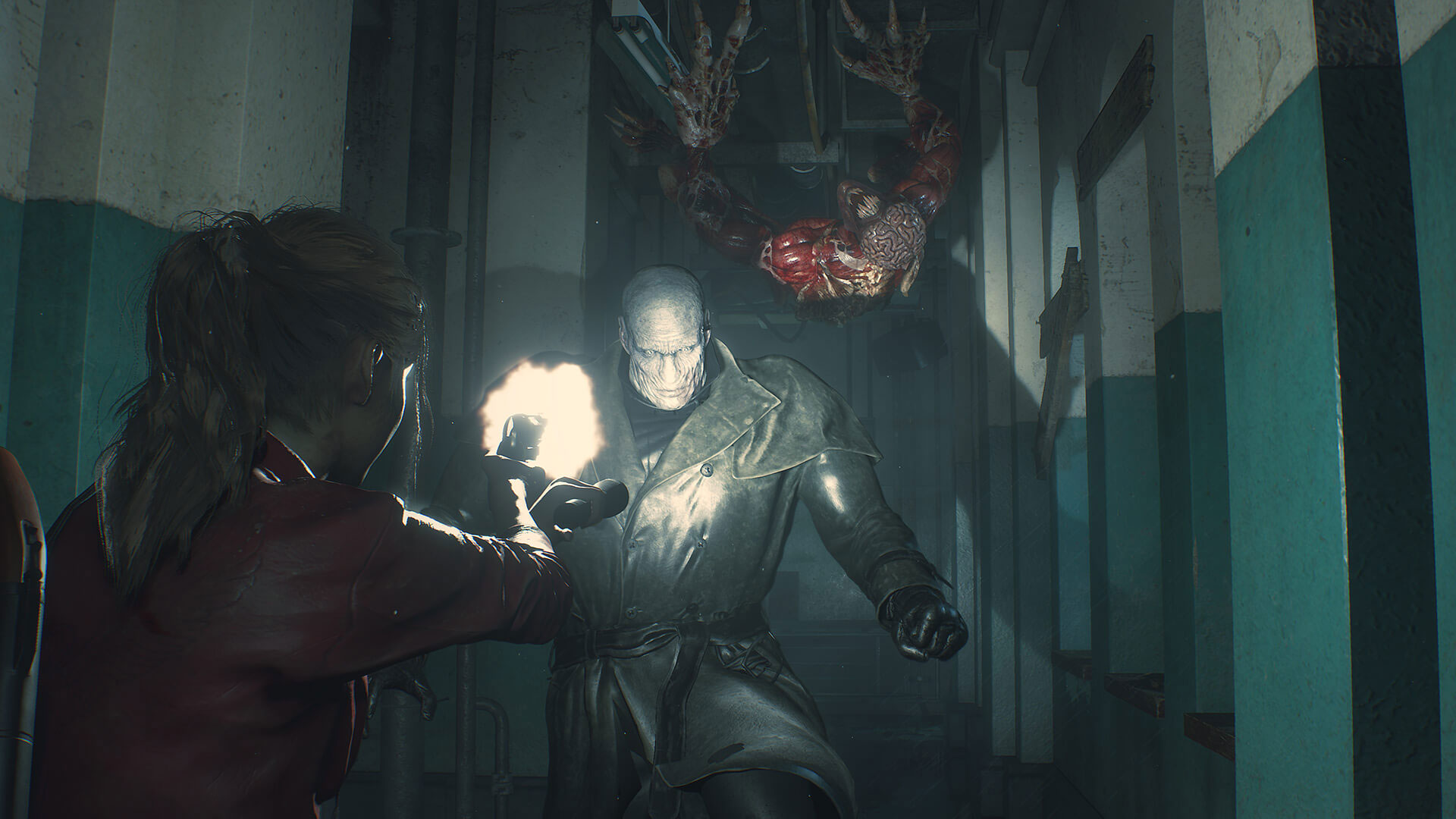 Nemesis was well-known for appearing at any moment chasing Jill throughout the game. However, after the RE2 remake, I wouldn’t want Nemesis to come off as as a faster Mr. X with a rocket launcher. Especially considering Nemesis is a boss multiple times throughout RE3, I would hope to see Nemesis show up randomly just a little less so he wouldn’t be overbearing. I think that would make Nemesis more scary if he’s used a little less, which might balance out all the action.

If he’s a boss a handful of times and randomly shows up throughout the game, I imagine players wouldn’t get tired of seeing him. Hopefully that would mitigate some of the issues players had with Mr. X in RE2 remake even though he didn’t even chase you throughout the whole game! 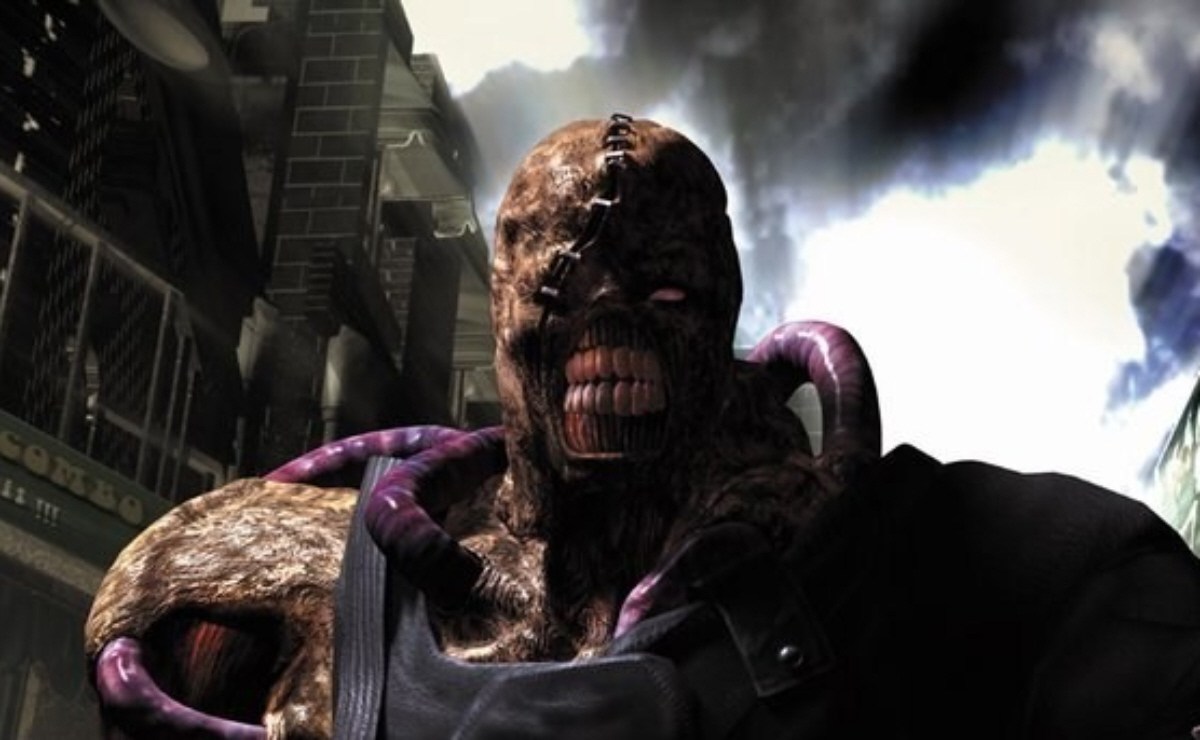 RE2 remake avoided some of the more bizarre aspects of the original such as the giant spiders or the psychotic crows. While I'm not sure the giant spiders would work in a more realistic looking world, perhaps the RE3 remake could make it work. Some of the weirder creatures like Drain Deimos, Brain Sucker and the Grave Digger worm in the park would look pretty creepy.

To further differentiate the game from RE2 remake, it would be great to see old gameplay mechanics and weapons return. In the original RE2, the player could kill zombies on the ground by stomping on their heads. Why not bring that back here? The dodge mechanic could return or even the guard mechanic from RE7. Freeze rounds for the grenade launcher and the mine thrower would mix up the weapon options from RE2 remake. Randomization of item and enemy placement would also really change up the game. 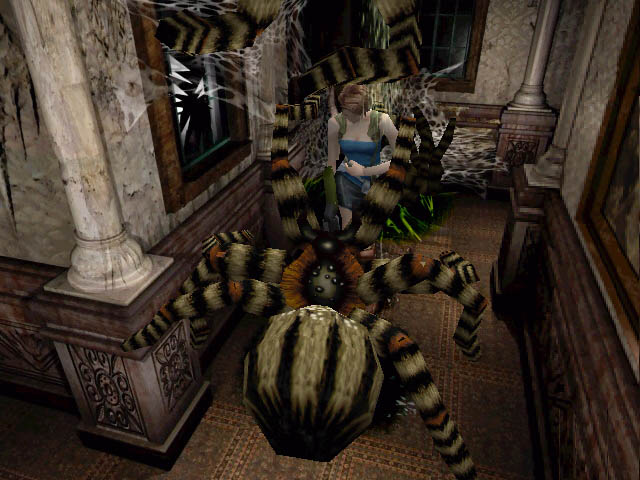 I believe the plot of RE3 could be fleshed out with more story details than before in the same way the new version of RE2 expanded on the story of the original game (i.e. Marvin’s role). For example, the story could be fleshed out with an evenly paced narrative. Developing Carlos and the Umbrella Biohazard Countermeasure Service team would definitely make them more interesting like Marvin Branagh.

Additionally, we could find out why Jill was in Raccoon City during the outbreak and provide more insight to the incident at the beginning of the game. Perhaps Brad and Jill were working together and the game could start off with the two of them (and Dario) before Nemesis shows up. It would make Brad’s fate even more tragic if we got more time to get to know him in this game. 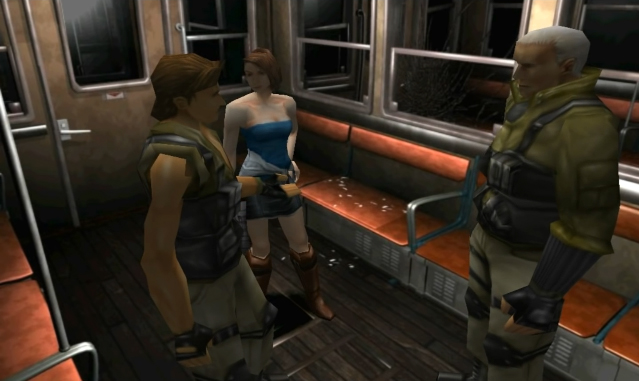 Speaking of story, RE3 was known for giving the player split-second choices during pivotal moments called Live Selection. It would be quite interesting to see those return with more substantial story changes throughout the game instead of only a different ending. Since the original game isn't a long game by most people's standards, a remake could increase its replay value this way. 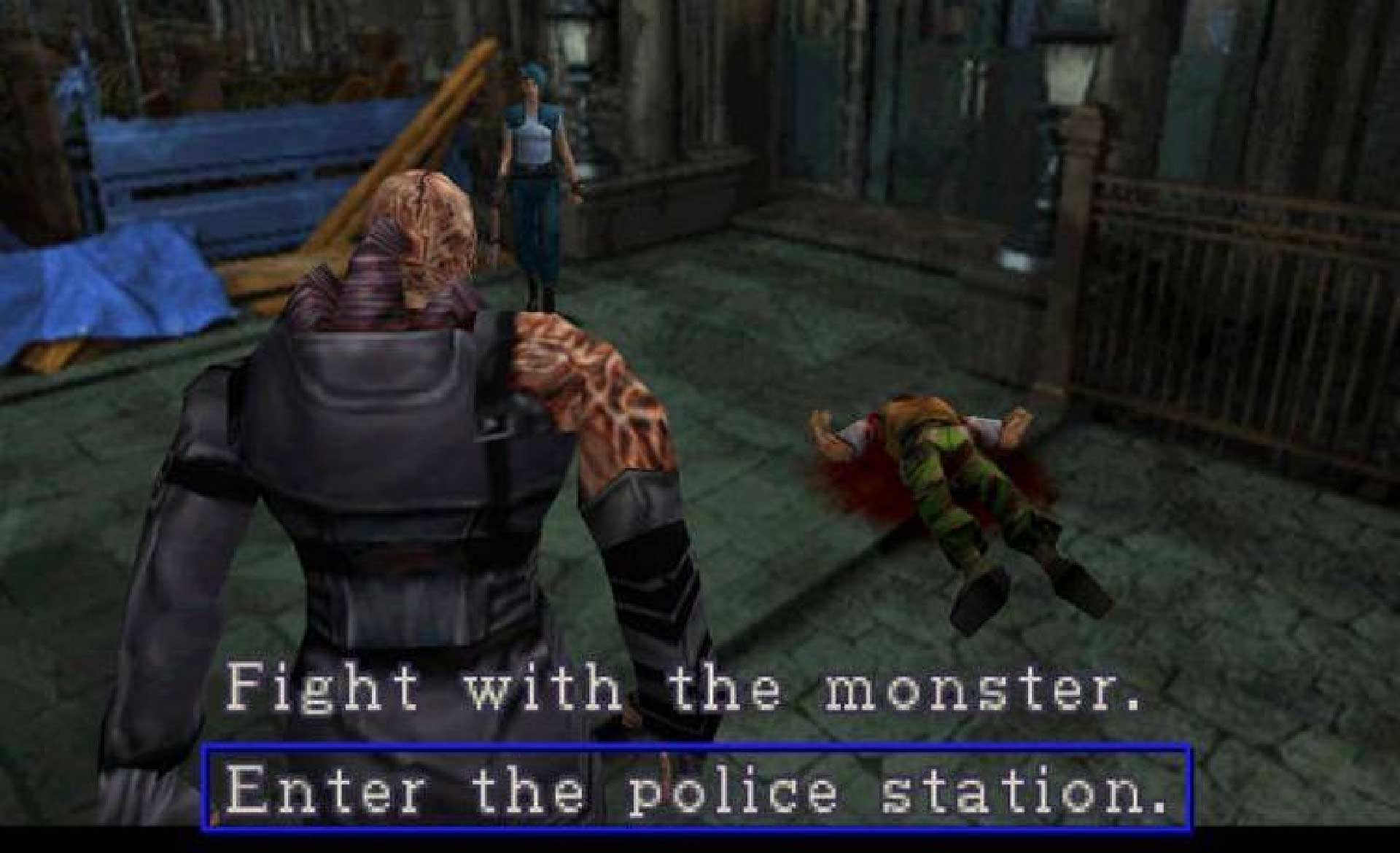 As for additional modes and content, The Mercenaries - Operation Mad Jackal mode is the most obvious one to bring back. Considering the Extreme Battle mode from the original RE2 didn’t come back in the remake, it would be interesting if they brought it back here as well.

As for something new, there could be a mode where players get to control Nemesis and run around the city causing chaos. It would definitely be something different a la The Incredible Hulk: Ultimate Destruction. We could also see some post-game story content similar to RE7 showing what happened after the destruction of Raccoon City with Chris, Jill and Barry or the UBCS before the game’s events.

Hopefully the original game’s music and sound effects are included in the base game instead of being paid DLC like RE2 remake. Same thing goes for Jill’s costumes including RE3’s selection and other outfits from previous games. 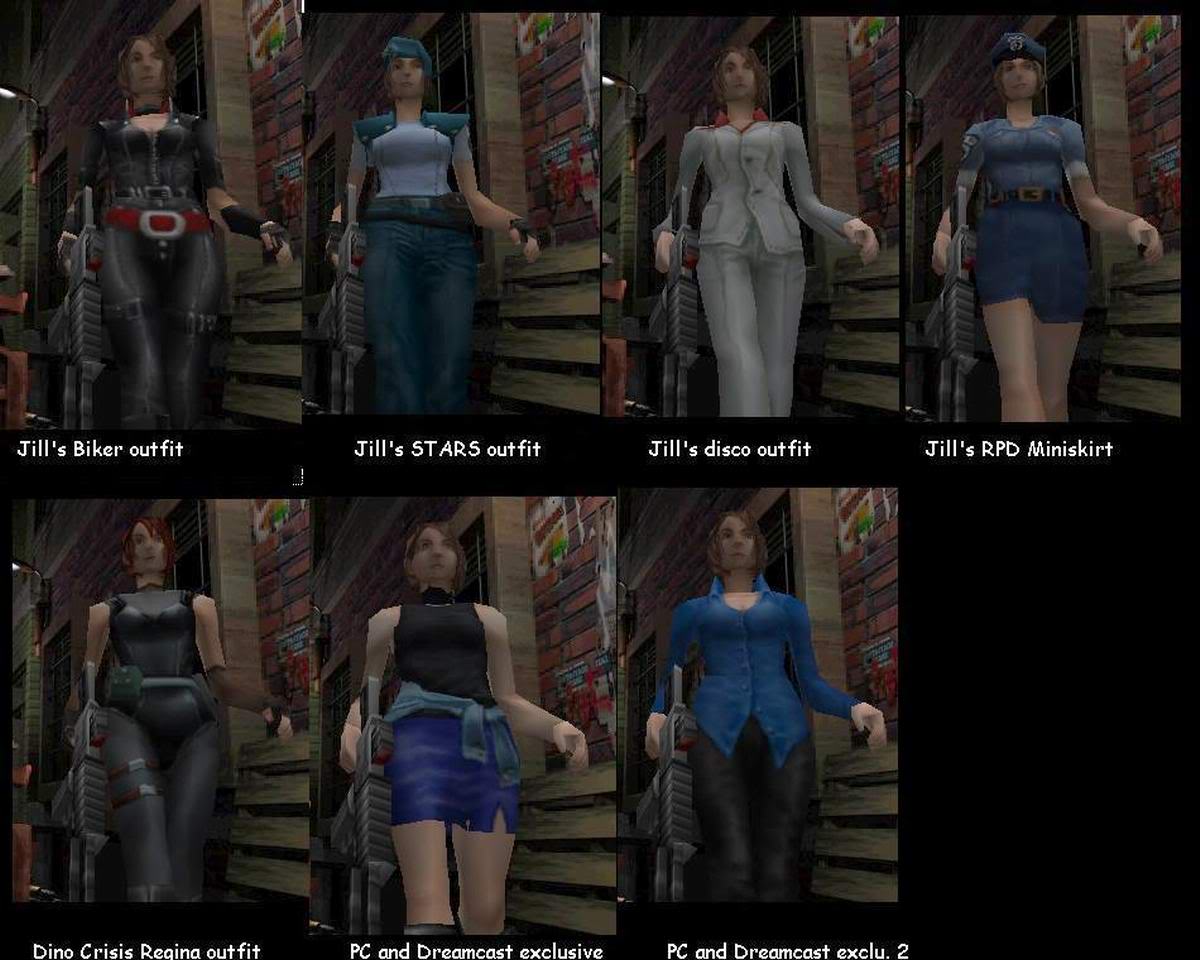 If the rumors are true and a remake is on the way in 2020, it would be a great way to hold us over until Resident Evil 8 is announced. Perhaps there will be a chance for more remakes as time goes by (i.e. Code Veronica). I’m so glad I got into Resident Evil now when the series looks stronger than ever. After facing off against Mr. X Gon’ Give It To Ya, I’m not sure I’m ready to deal with STARS!