The Nintendo 3DS leaves a legacy as one of Nintendo's most important systems during its time on the market. However, the system needed to overcome a bumpy launch window first to achieve that success. To celebrate a system I've loved over the years, I wanted to "Take a Look Inside" the system's life and highlight each year's games. 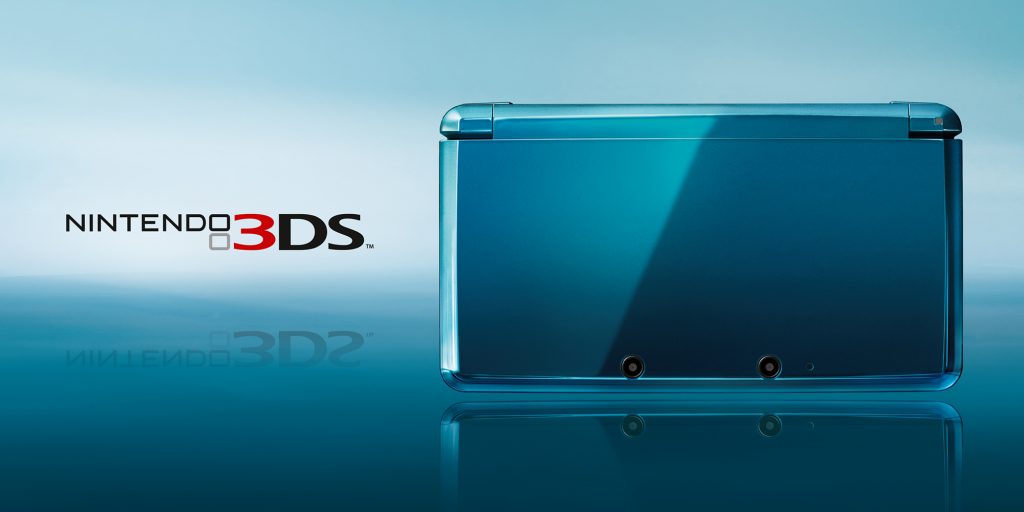 March 2010 marked the official announcement of the Nintendo 3DS, the successor to the Nintendo DS, kicking off the eighth generation of gaming with glasses-free stereoscopic 3D. The 3DS released on February 26th, 2011 in Japan, while Europe and North America received the system on March 25th and 27th respectively.

Launching at $249.99 in the United States with a lackluster line-up of launch games, the initial sales of the system were slow. Gaming sites and fans were discussing the potential failure of the system. It was a hot topic during the system's launch window.

Summer 2011 was the turning point for the system following the release of The Legend of Zelda: Ocarina of Time 3D and a price drop to $169.99. Around the same time, the Nintendo 3DS Ambassador Program was introduced to existing system owners who could download ten NES and GBA games to make up for the expensive launch price.

The release of Super Mario 3D Land and Mario Kart 7 ensured a successful holiday and kicked off the system's popularity. Mario Kart 7 was a huge hit, becoming the best-selling game on the system with 18.92 million copies sold overall. The standout feature of the Nintendo 3DS was stereoscopic 3D without glasses. The 3D Depth Slider was a very convenient tool to use, adjust or turn off the 3D effect. Trying out the 3D for the first time was pretty amazing to see. The analog circle pad and gyro sensor were great to utilize as well.

One of the crowning jewels of the system's software was StreetPass, a feature where 3DS systems could interact with each other by sending data in close proximity. The notification LED would blink with a green light, which was always exciting for a variety of reasons. An app called StreetPass Mii Plaza allowed players to exchange Miis, who could help you collect puzzle pieces to complete a 3D image in Puzzle Swap or participate in the Find Mii RPG game.

The eShop featured popular titles such as Pushmo, Dillon's Rolling Western, Steamworld Dig, Mighty Switch Force! and Mutant Mudds. Hostly weekly on the eShop by Jessie Cantrell, the Nintendo Show 3D showcased new 3DS games and ended with the catchphrase "I bet you've never seen this in 3D", followed by some quirky footage in 3D.

The Activity Log was one of the best apps thanks to its detailed record of your gaming activity. Miiverse was another stand-out feature a few years into the system's life. The social network allowed players to post videos, photos and drawings to game communities and interact with each other. Throughout the system's lifecycle, players have championed the wealth of games available to enjoy. Destructoid even has their own two-part feature highlighting the best games available for the 3DS. I've highlighted a small sampling of the excellent titles available.

Super Mario 3D Land was the first brand-new 3D Mario on the go and smartly utilized the stereoscopic 3D. The wall-merging mechanic of The Legend of Zelda: A Link Between Worlds was highly praised by critics and players alike. Kid Icarus Uprising revitalized the series with impressive graphics and gameplay.

Mario Kart 7 introduced hang-gliding and underwater driving to the popular kart racer. Fire Emblem Awakening rebirthed the series with quality of life changes and addictive gameplay. Likewise, Animal Crossing: New Leaf elevated the series' popularity with many players sinking hundreds of hours into gardening, fishing or keeping up with their mayoral duties.

Pokémon Sun & Moon refreshed the series with changes to the traditional formula and the exciting Alola region. Kirby: Planet Robobot was praised for its Robobot armor gameplay. Metroid: Samus Returns was the amazing return of 2D Metroid fans had been waiting for. Super Smash Bros for Nintendo 3DS brought the action to handhelds with hours of content to enjoy. 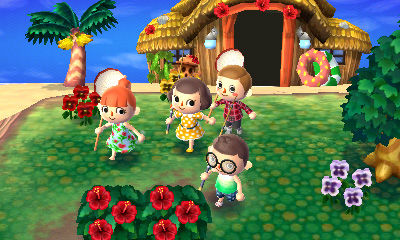 The 3DS had some interesting accessories starting with the Mario Kart wheel. Mario Kart 7 used the wheel for first person gyroscope gameplay, mimicking Mario Kart Wii's wheel accessory. The Circle Pad Pro was introduced in 2012 for games that needed better camera controls. Meanwhile the 3DS stand was packaged with Kid Icarus Uprising to make the game more comfortable to play due to the game's controls.

In 2014, Nintendo revealed amiibo, figures that could unlock items and unique content if they were scanned into a compatible game. The first few waves of amiibo sold out immediately and were extremely hard to find before their popularity waned in later years. 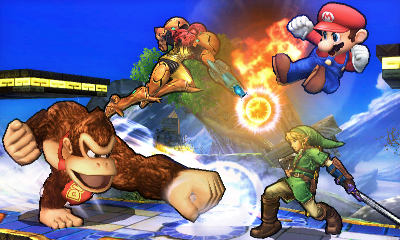 The Wii U, Nintendo's newest home console at the time, launched in 2012 with a similarly bumpy start as the 3DS. However, the Wii U didn't recover due to confusing marketing, an unclear name, and long periods without first-party titles. Third party companies backed off when the system failed to pick up steam despite a price drop.

Following the rise in popularity of mobile games, the Nintendo 3DS faced heavy competition that the Nintendo DS never had to deal with. Since the system managed to stay afloat despite this, Nintendo focused more of its efforts on continuing the 3DS' success. 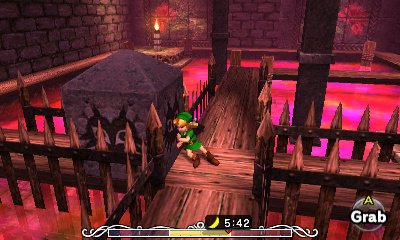 The 3DS family was home to many different models. The Nintendo 3DS XL was released in 2012 as a larger model for consumers who felt the system was somewhat small for them to use comfortably. The more noticeable revision was 2013's Nintendo 2DS, which removed the stereoscopic 3D and clamshell design for younger players.

The biggest revision came about with the New Nintendo 3DS and its XL variant in 2015. The upgrade featured a better processor, face-tracking 3D, new shoulder buttons and a C-stick. A small handful of games were exclusive to the hardware like Xenoblade Chronicles 3D. The last new model was the New Nintendo 2DS XL in 2017. 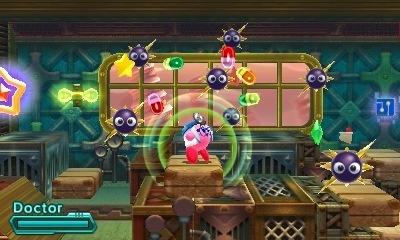 Quite a few third party series were very successful on the system including Etrian Odyssey, Monster Hunter and Professor Layton. Lastly, there were a few unique titles such as CRUSH3D, Heroes of Ruin, Project X Zone and Shinobi 3D. 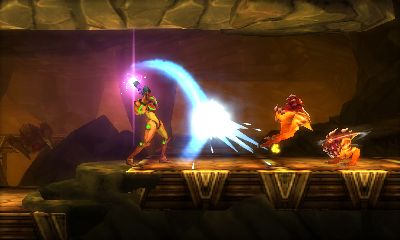 In the back half of the 3DS' lifecycle, the eShop was home to even more titles such as Boxboy!, Pocket Card Jockey, Picross 3D: Round 2, Shovel Knight and Blaster Master Zero. To appeal to 2DS owners, a few titles were released without stereoscopic 3D functionality including Kirby Battle Royale, Super Mario Maker for Nintendo 3DS and Mario & Luigi: Bowser's Inside Story + Bowser Jr.'s Journey.

After the Nintendo Switch, Nintendo's hybrid console, launched in 2017, many fans were calling on Nintendo to discontinue the 3DS to focus all of their development studios on one system. Complaints multiplied whenever a game was announced for the system instead of the Switch. The 3DS was eventually discontinued on September 16th, 2020, nearly a decade after the system's launch. 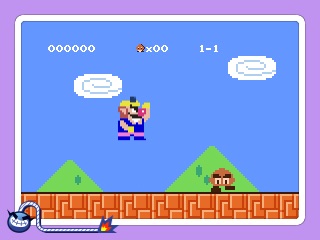 I am so thankful for the Nintendo 3DS. The system brought me back into the joys of gaming after I missed out on most of the seventh generation, while introducing me to many franchises I've never played such as Fire Emblem. With 75.94 million systems sold, the Nintendo 3DS' legacy will continue to be reminisced about fondly for years to come.