Malenia and the rotting of my soul 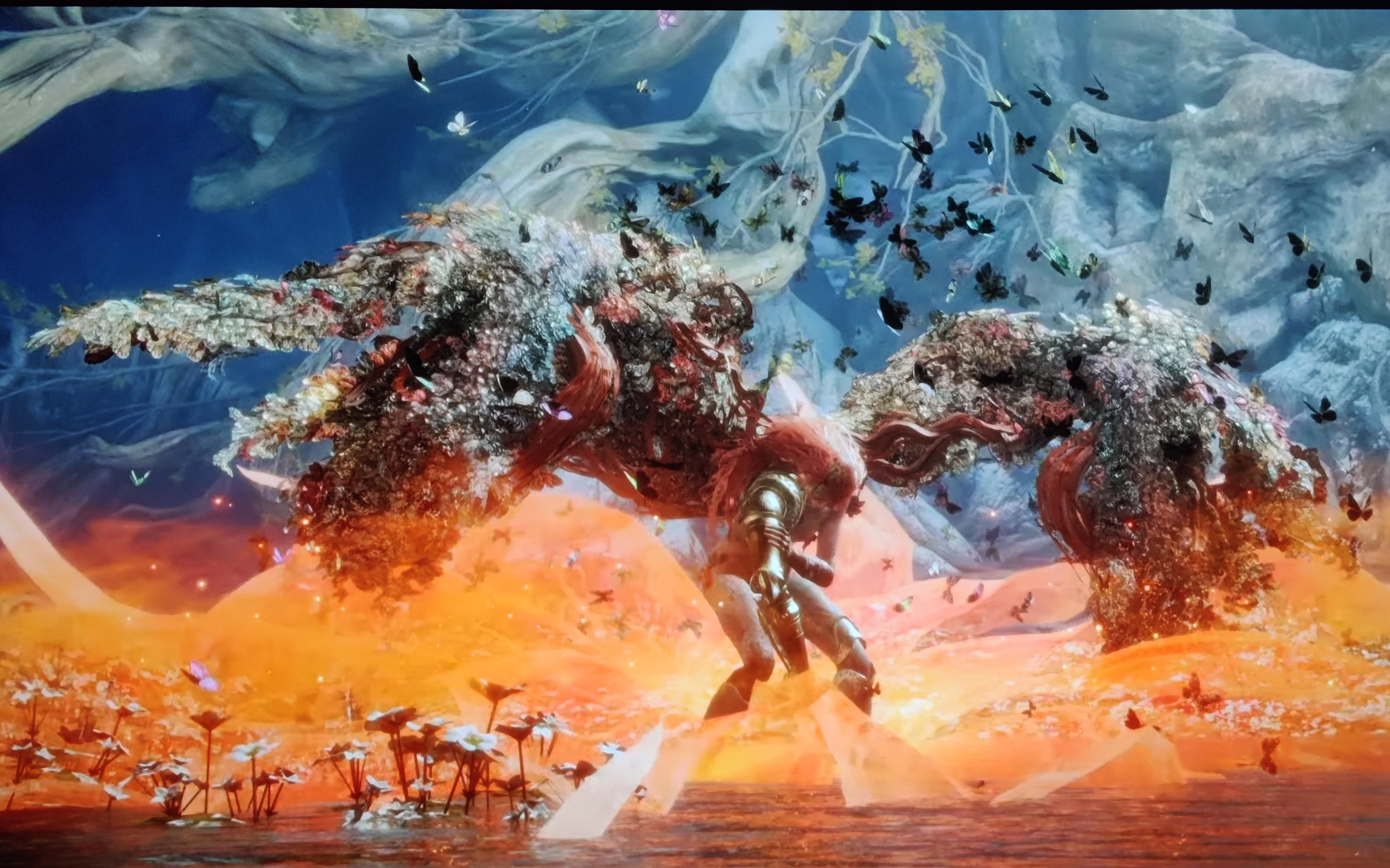 A DEMIGOD who brings flowers- and dances like a waterfall, in sure, careful, beautiful steps. There’s a melancholy about those steps as you get caught up in them. No matter how far you’re away, she surely will catch up to you. When she does, you will feel the dance very well. She doesn’t feel less dangerous as she lazily walks toward you despite your feeble tantrums. Don’t let that speed of hers fool you as you feel dazed at the sheer stubborn style of that walk. She can cross all that distance before you blink if she really wants you bad. Fighting Malenia, Blade of Miquella is not only just a great wall to take down, but a wholesome experience, that is, if you play it fair.

“I dreamt for so long. My flesh was full gold… and my blood rotted. Corpse after corpse, left in my wake... As I awaited...his return....Heed my words. I am Malenia. Blade of Miquella. And I have never known defeat.”

You could tell this is gonna be an experience of a lifetime as soon as you hear the final line. Bosses are atypical in terms of throwing a punchline or two as soon as you meet them. To be honest, that’s one of the things that separates them from the ordinary NPCs (also there’s lore, cool animation, insane health bar, op attacks, and an endless list). But look at the 4 short lines The Goddess of Rot used here to introduce herself. Simple, direct, elegant yes super scary. It drives a stake through your heart and sends a frost attack down your spine. Most people would fall in love. I did too, maybe? That’s why on the first try I let her have me without doing anything myself. I just stood there and let her have her ways with me. It was over way too soon of course, almost as if it never began in the first place!

After the magical yet short first encounter, I understood that I am yet to witness and experience her full package. So, I started to act.

Before my first date with her, I asked my fellow Tarnished Redditors who have dated her in the past. They told me all those fateful stories. Stepping into her area, those myths came to me like the Goddess of Rot did- fast and supreme. I tried to bully her with my attacks, only to end up torn apart by one of her dances, over and over again. Then after some time, I understood that I am trying things in the wrong way. There’s no way you could disrespect this Empyrean (candidate to become the ruler of the Lands between). You should acknowledge her actions, watch them, and react to them with honor. Should you choose to ignore all that, she will just add you again to the infinite tally of corpses laid in her wake.

I fixated my eyes on her and started feeling her moves. She varied them up quite well, and you had to really pay attention to understand what’s gonna happen next. Spamming the dodge roll will only get you undone in a frustrating manner over and over again. You had to watch carefully, then offer your response, see if it works, and learn from this cycle till you finally get what you need to do in each of the cases. I started my efforts to conquer her intuitively, or at least that’s what I thought. Just when I started making inroads after quite some failed efforts, I managed to drain her health completely, and I was a bit surprised because I wasn’t expecting this to be over so soon (!). Well, that’s when I was proven right. I mean, my expectation was right. Just as I was about to walk away, she called me back and declared the bloom of the beautiful dangerous scarlet rot. Then all went red. Well, scarlet, to be precise. 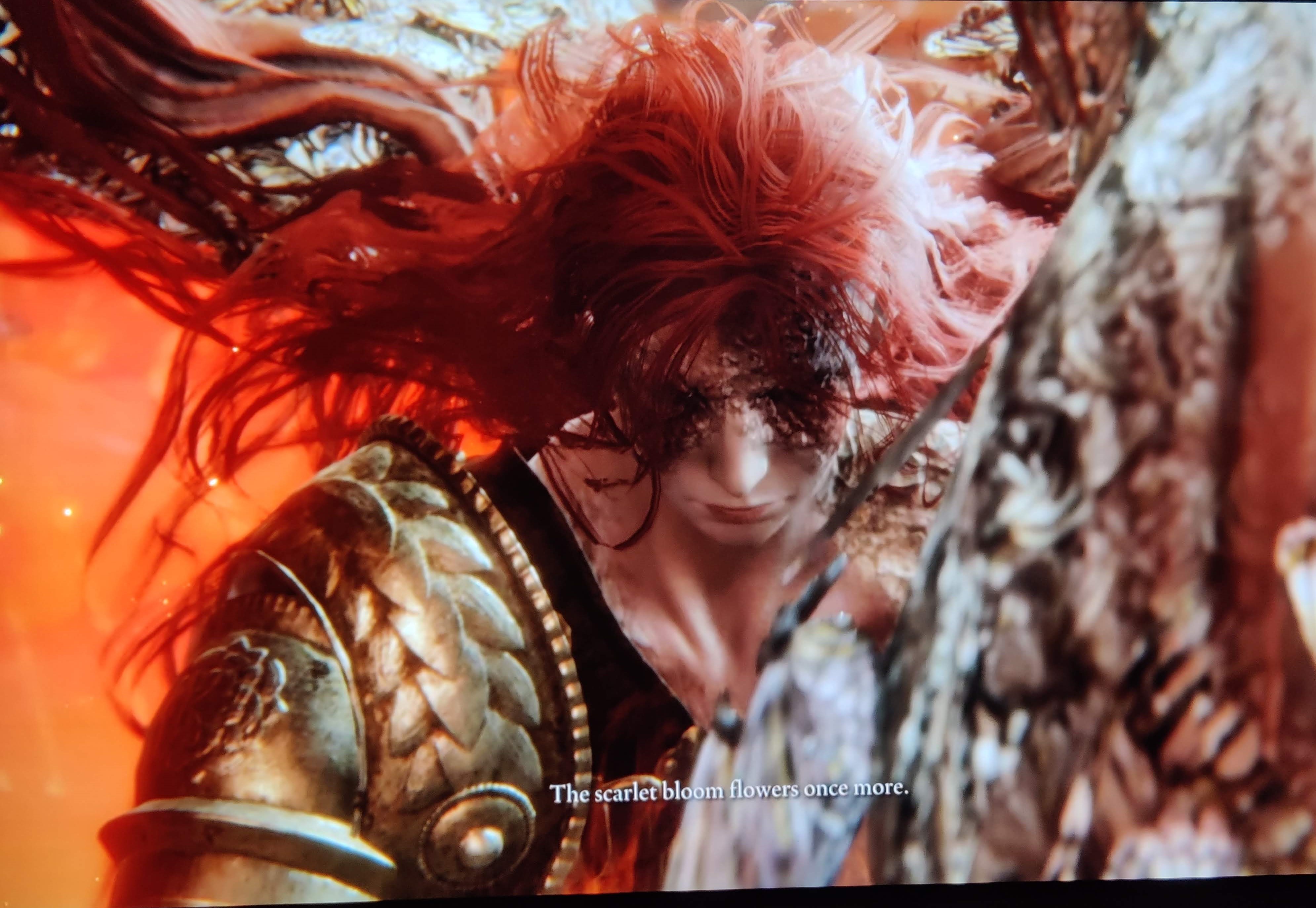 Malenia in her second phase looks astounding. She becomes all she was and even more as she destroys you in only one successful hit that’s almost impossible to avoid unless you dodge on time. Well even if you manage to do it, still you have to keep moving because her beautiful flowers do a near deadly followthrough attack! The pattern of her dances also changes, only to bring in more variations.

I started dying like crazy once again and kept pondering what to do. Maxed out all my possible attributes with the talismans and then it hit me. I wasn’t doing everything. Yes, I was doing many things to impress her, but what about the things I must avoid doing? What about..the things that I must leave? When you want something, you have to pay the price. It’s all give and take. I can not focus on multiple things here. I had to choose one, focus on it, and let go of the rest. That’s when I decided to give up my sword.

I rushed into battle with only my stuff and spells. I was an astrologer (Mage build) and I had to do the best with my sorcery because that’s what I was! Swordsmanship wasn’t supposed to be a part of my basic skills, so I decided to ditch it. Well, not an easy call to make because you were jumping into the arena of the most dangerous woman in the entire Lands Between without your sword. That's ludicrous! But I did it anyway, you gotta follow your heart after all. 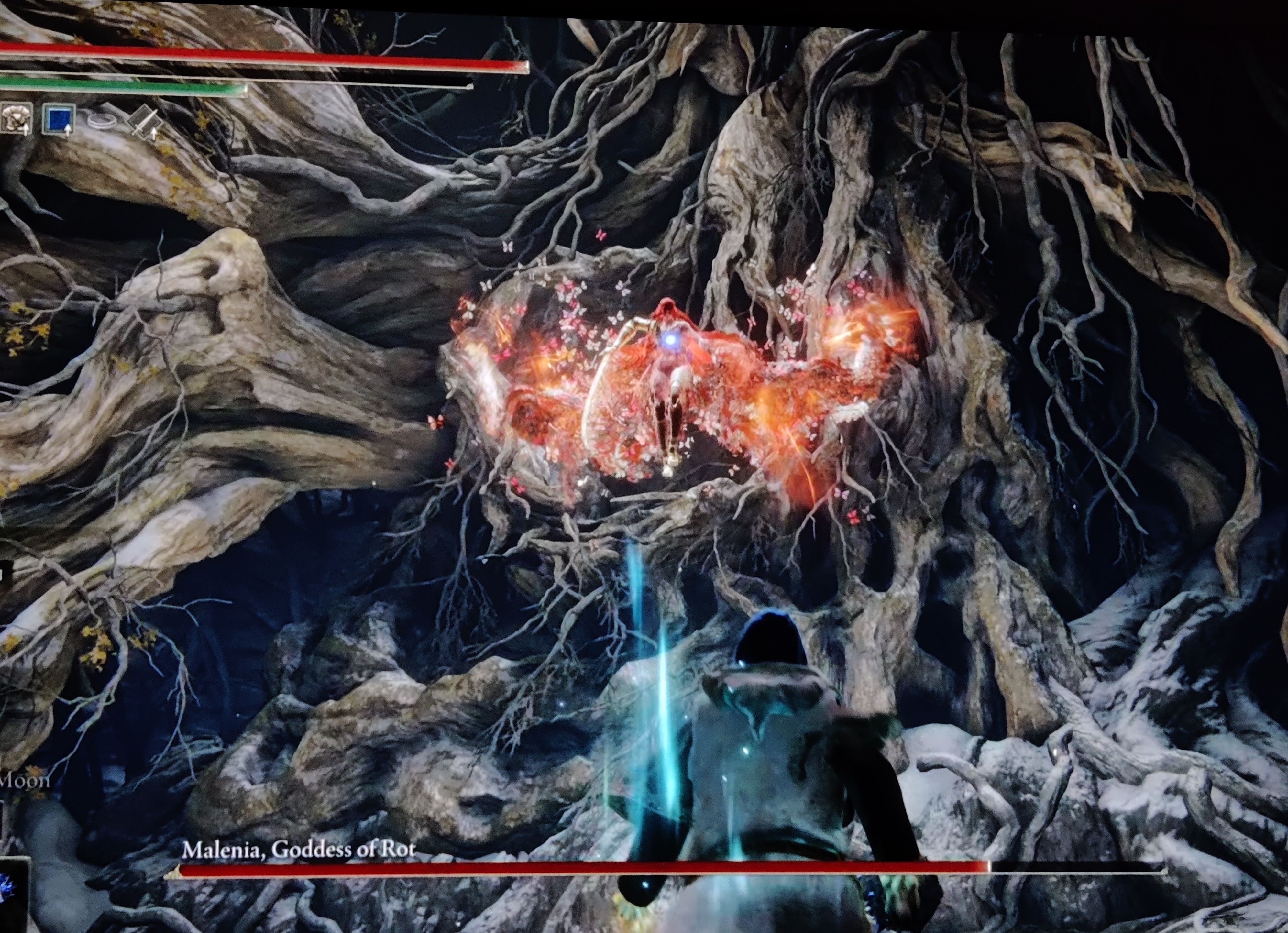 This time things were looking better, since my whole attention was focused on charming her with spells, and I was doing a great job at it. There was a time when I got her down to about 5% of the health and the smell of victory was more acute than the fragrance of scarlet bloom. I became a bit dazed I guess because I hesitated.

That’s when it happened.

She managed to get some hit on my summon and all of a sudden her health was back at 20%. Then I remembered that she can regenerate on successful hits. She was suffering from success. I was looking in despair. Once again.

It’s true that no man lasts 5 minutes with the goddess of rot. After showering her with sincere attention, a careful approach, and focused tributes, I finally got the better of her. When my last moon hit her and she falls down finally, she utter her final words. She calls out to her beloved brother Miquella, who has a depressing backstory, saying that she’s sorry she couldn’t save her and she has finally met her match. She admires you and gives you proper credit, just like a true queen or goddess. Malenia, Blade of Miquella falls, but she lives with you forever in your notions and actions. She is one of the most well-crafted and dangerous bosses in the history of video games. You will need skills, history, patience, and a proper learning curve to conquer her, and no, you can not get lucky. That much is granted, but personally, I believe she is something even more.

There’s an aura of romanticism and sorrow around you which you carry with you throughout your next journeys across the lands. As for myself, I dressed up just like her and continue to resume my journey as her, as a resemblance of her presence. 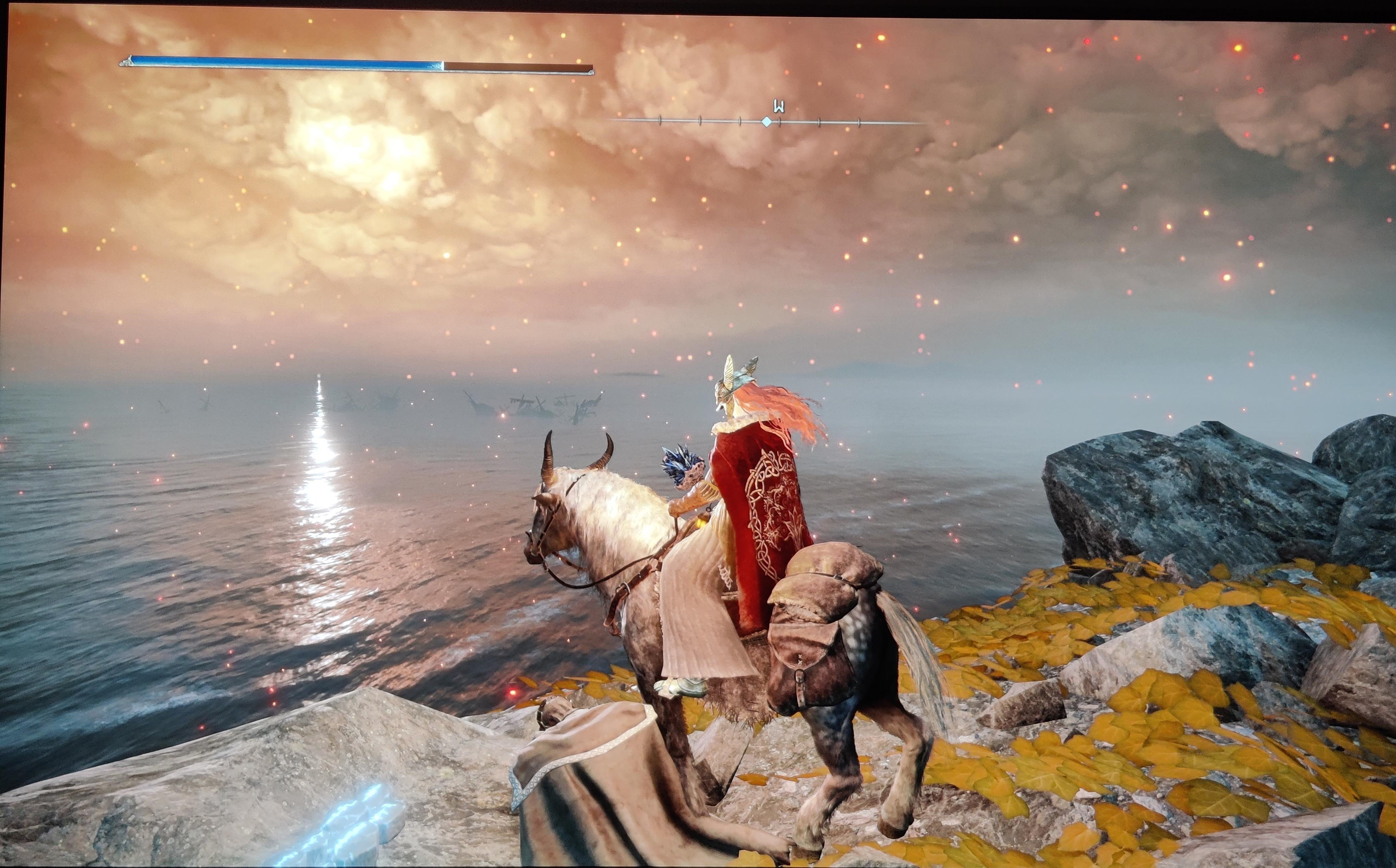 Maybe she was right, I did rot. I am still rotting. My very soul aches as it remembers and misses this encounter and craves for it to happen once again for the first time.

Yes, that is true horror indeed. 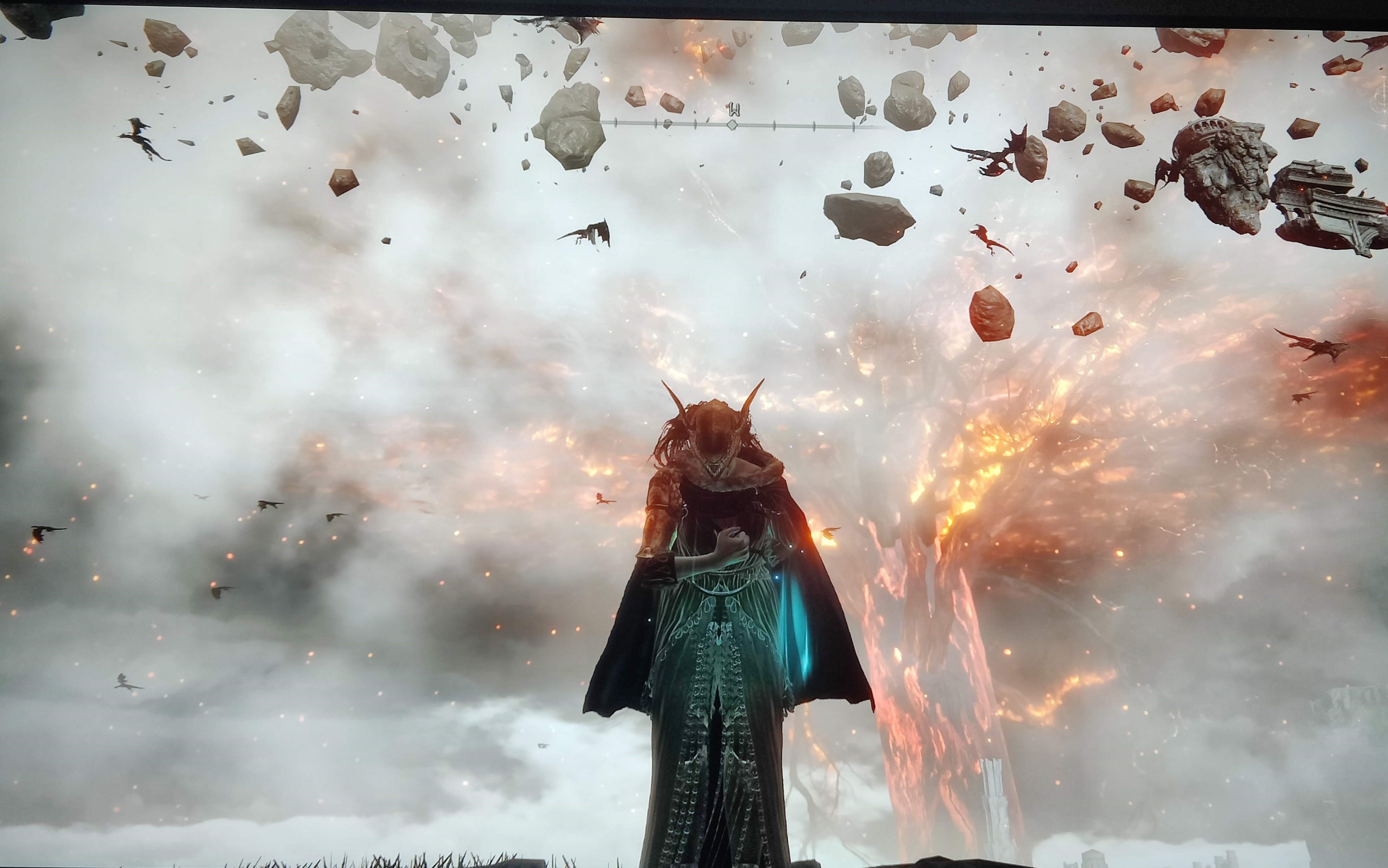 An author, entrepreneur, and public speaker who also designs games out of passion.
https://www.minhazfahme.com/