Made by some of the same people responsible for the Earthworm Jim series, Wild 9 already had a pedigree for zany worlds and unique humor behind it. Yet, that didn't transfer in any meaningful way to the game.

In fact, this actually exposed the design weakness of the team which was usually masked by Earthworm Jim's uniqueness. 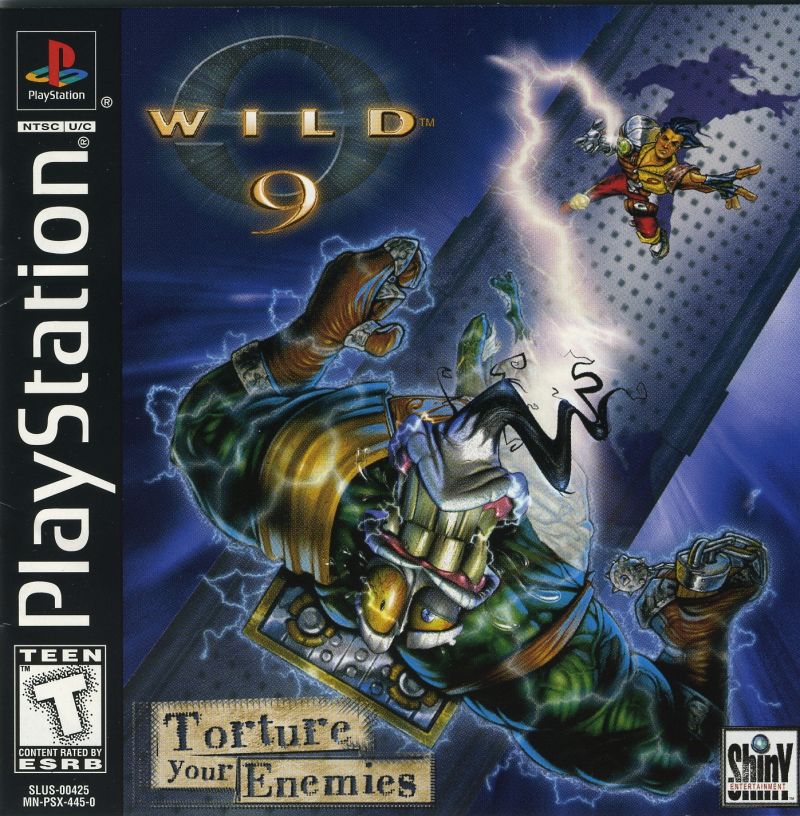 Apparently, this game was boneheaded enough to go into a floor grinder, because the end result is a mangled mess. Here is a game that attempts to encompass the "attitude era" of the 90s, but instead fails at building any meaningful style to it.

Firstly, seven or eight levels in, I have no idea what the game is about. Apparently, you control a character named Wex who goes into what looks like planets to save some of his friends who were captured by the main villain, Karn.

In theory, each character you save has a unique design and personality, but the game shows you none of that. There is no dialogue except the advice bubbles you occasionally find and the terrible catchphrases uttered by the game's hero. 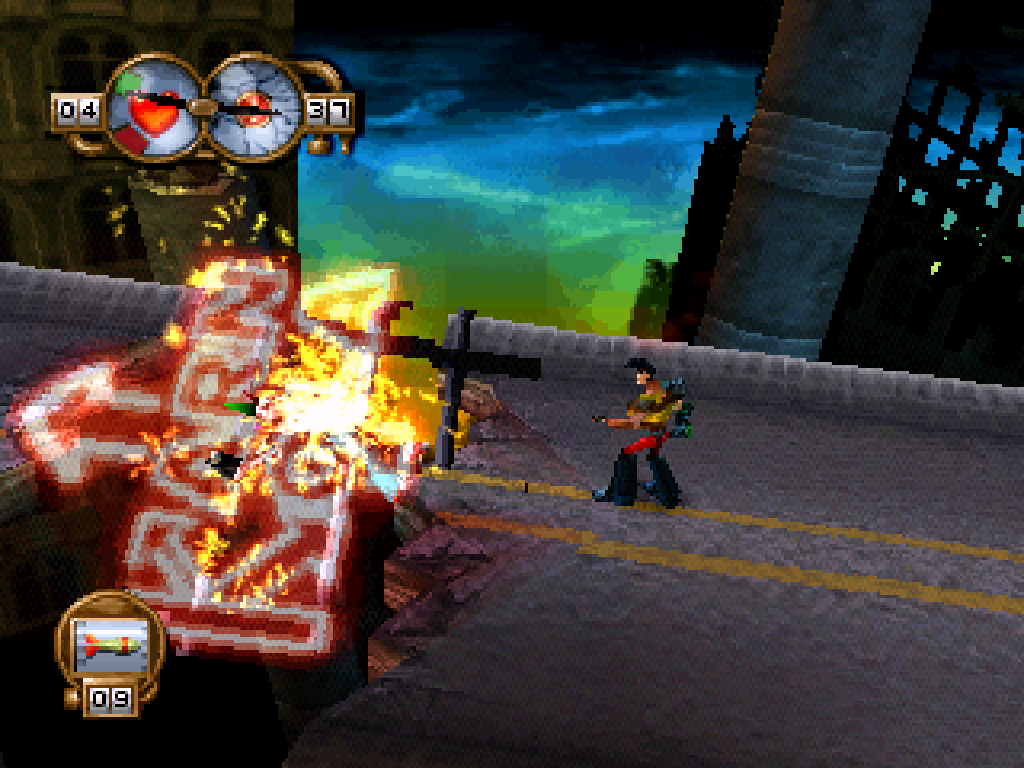 Thankfully, the hero doesn't say any cathphrases when he "tortures his enemies"

In the absence of a written narrative, you would look for the world's design and game progress to provide a story of sorts. Tough luck, because there is little of that here. Outside of the loading screens, there is no visual consistency in the world's design nor is there any physical storytelling going on.

To be fair, this issue is probably compounded by the terrible graphics, which look worse in the 2.5D mode the game employs. Everything looks bland and brown and nothing has the visual splendor and great animation of the Earthworm Jim series.

Just to make things worse, the game's soundtrack is a forgettable space-inspire jumble whose sole advantage is to mask the horrible sound effects the game emits.

"Karn has set nasty traps all over the place, the spike pit is one of the nastiest"

Karn's nastiest trap is not actually the spike pits but the act of playing this game itself. This ironic because one of the game's "selling points" is the ability to torture your enemies. Yet, it is the player that the game in fact tortures.

At first glance, the game is simply a clunkier Action-Platformer. However, the game's main hook is something that affects the entire experience, degrading it way beyond its clunkiness could ever do.

Wex's signature ability is to use a beam that extends a little distance out of his arm to grab enemies. Once grabbed, you can move around with these enemies, or you could smash them in the ground. Both movement and smashing are controlled by the directional buttons, and as such, you can imagine how confusing that can get. 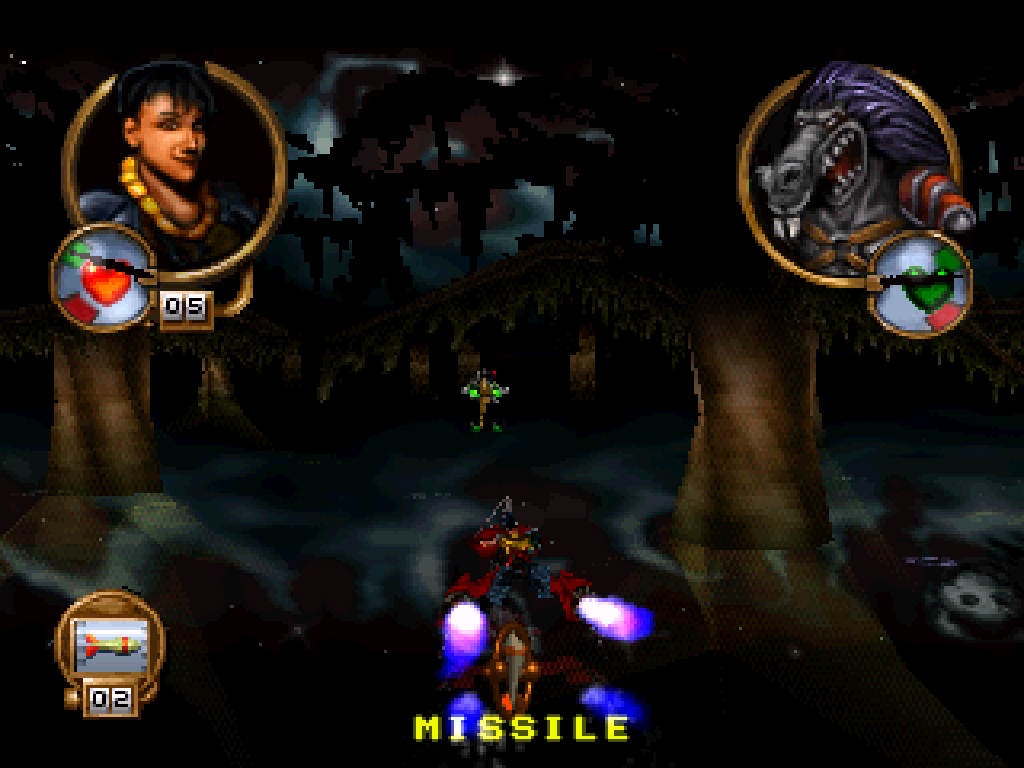 What makes it egregiously bad is the fact that this is both your main offensive weapon and your "puzzle-solving" method. You see, the game provides many obstacles in which you must your enemies to progress. For example, using them as a stepping stone in a spike pit or chucking them at a grinder gate to open a path. Hence the enemy torture part. So, when you need to use the game's signature mechanic that much, it better work more than half the time.

Nonetheless, even if the Grab n' Smash mechanic worked perfectly, that wouldn't solve the many problems the game has. Chief among these problems is how everything you do takes much more time than it has any right to ask. Take the examples above as a reference. Often, you must chuck three enemies into the grinder to open the path, which requires you to backtrack, grab a respawning enemy, and then go back to the gate wishing you don't accidentally drop the enemy or smash them to smithereens.

The inclusion of some different style levels does not alleviate any of the game's issues, and boss enemies only exacerbates them.

I can imagine how Earthworm Jim, with considerably worse graphics and poor artwork would become a bad game. However, it still wouldn't be as terrible as Wild 9. Because what makes this game truly awful is that it built on a foundation of awfulness.

Set aside the morally reprehensible catchphrase of "Torture your enemies" and consider how the game's signature mechanic is clunky to use, slow to execute, and torturous to your own idea of fun. 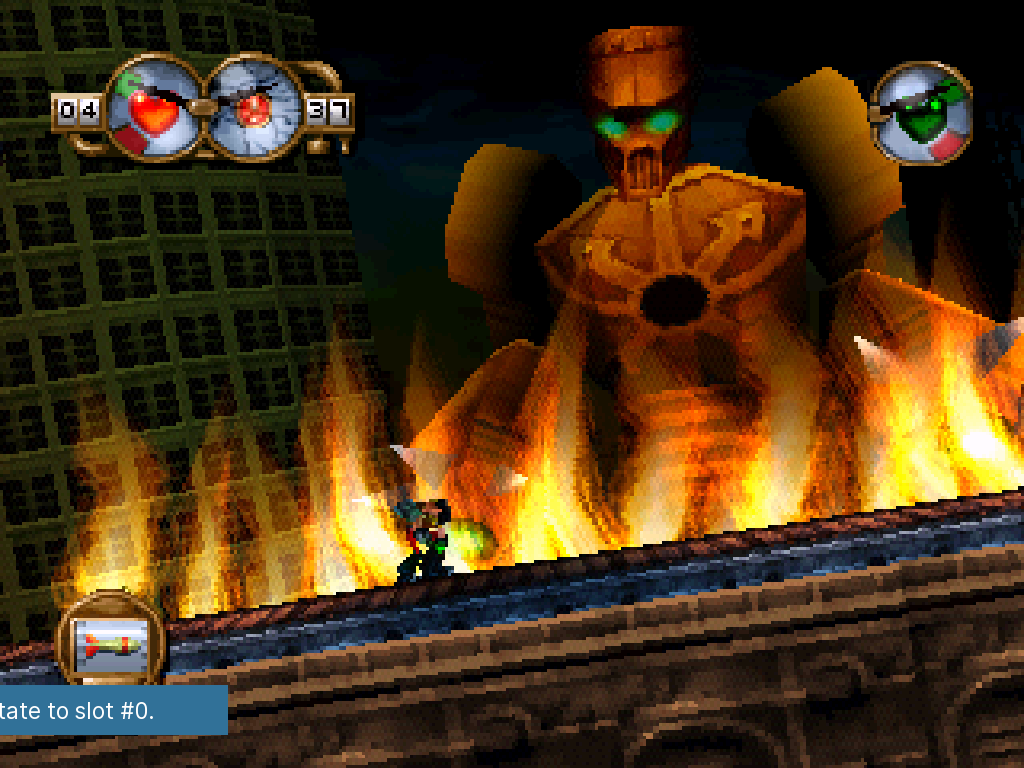 1-Don't underestimate your jump (you also automatically grab onto ledges)
2-Lower the sound effects volume if you value your ears.
3-You will need to grab respawning enemies and smash them around the environment in a lot of places as a form of "puzzle-solving". 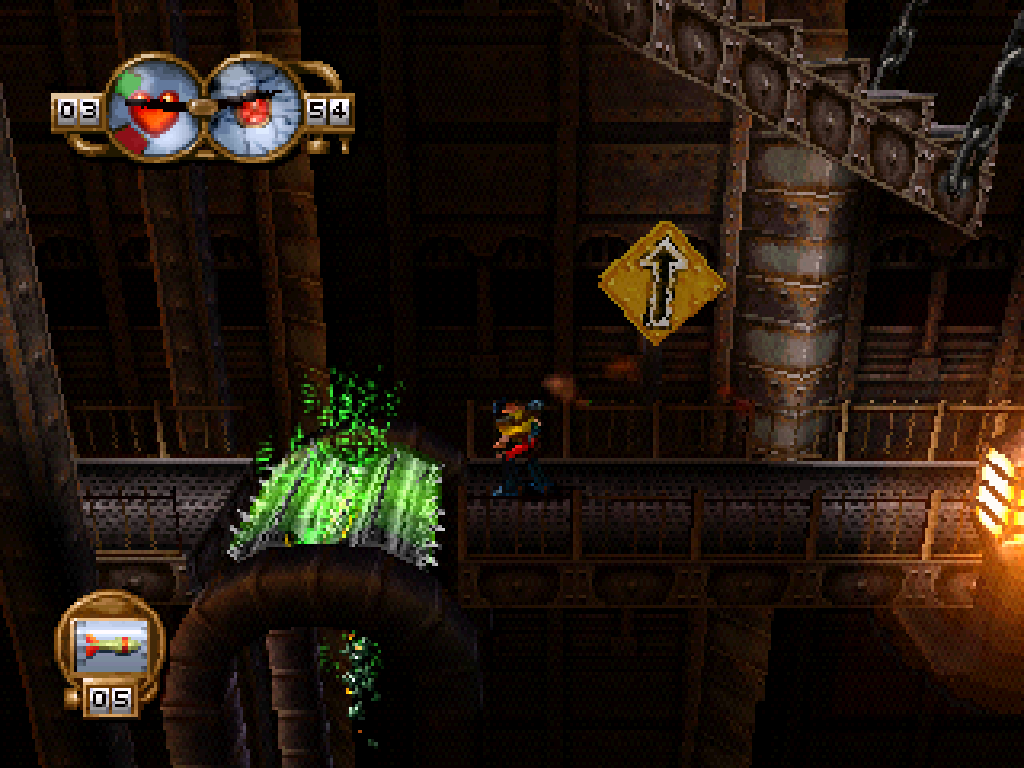 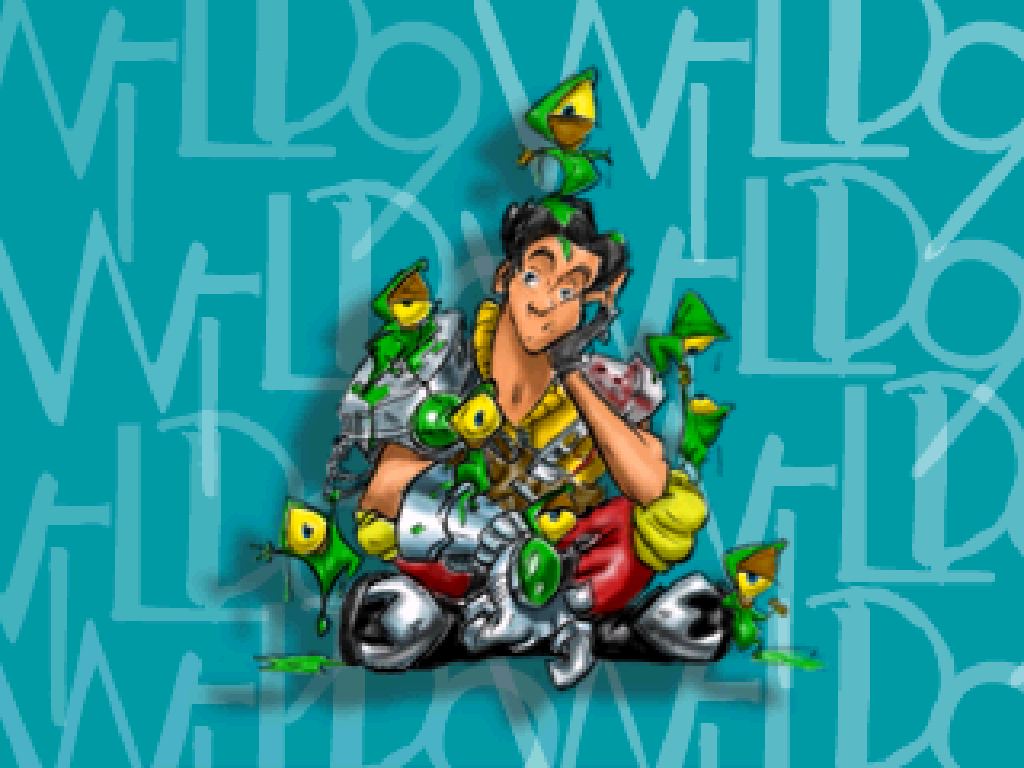 The loading screens provide the only semblance of style

Here is one of the first major games to make me question Retro Sanctuary's judgment in making their list. There is absolutely nothing redeeming about Wild 9 and I can think of five PS1 games fro the top of my head more deserving of this spot than this trash game. Apparently, the game didn't even review or sell well, which begs the reason of why it was considered in the first place.

Next on my scheduled reviews is a report on the top 100-91 games in the Retro Sanctuary list before I go all the way down to #84 and play Treasure's Silhouette Mirage.