Despite routinely selling and scoring less than average for a Squaresoft JRPG, the SaGa series continued to be developed by the company since its inception as the second Final Fantasy game. That must mean that the series has some really dedicated fans.

That's the only explanation why SaGa Frontier, a game that is incomplete in many ways, opaque in others, and generally deficient in structure, is so loved by many.

Honestly, when the game clicks, I can see something close to greatness here. However, that moment is often hidden in a cloud of anxiety and frustration that encompasses most of the game. 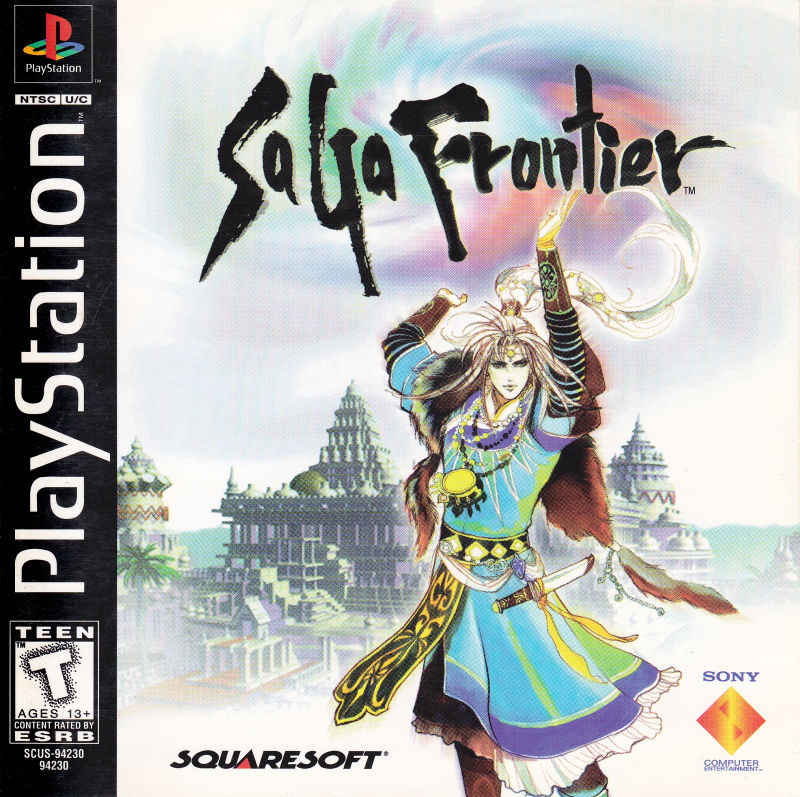 "Our kingdom does not need two incomplete magicians. We need a superior one. And that, we believe, is you"

The SaGa series is known for having a penchant for multiple protagonists and non-linear storytelling, and that doesn't change here. From the start, you have the choice of one out of seven main characters, and each has different stories to tell.

Ranging from Red's mostly linear story to the completely open tale of Lute, your narrative experience depends heavily on which character you choose first. Generally, it is recommended to go with the more linear stories first, since that teaches you about the various locations in the game. 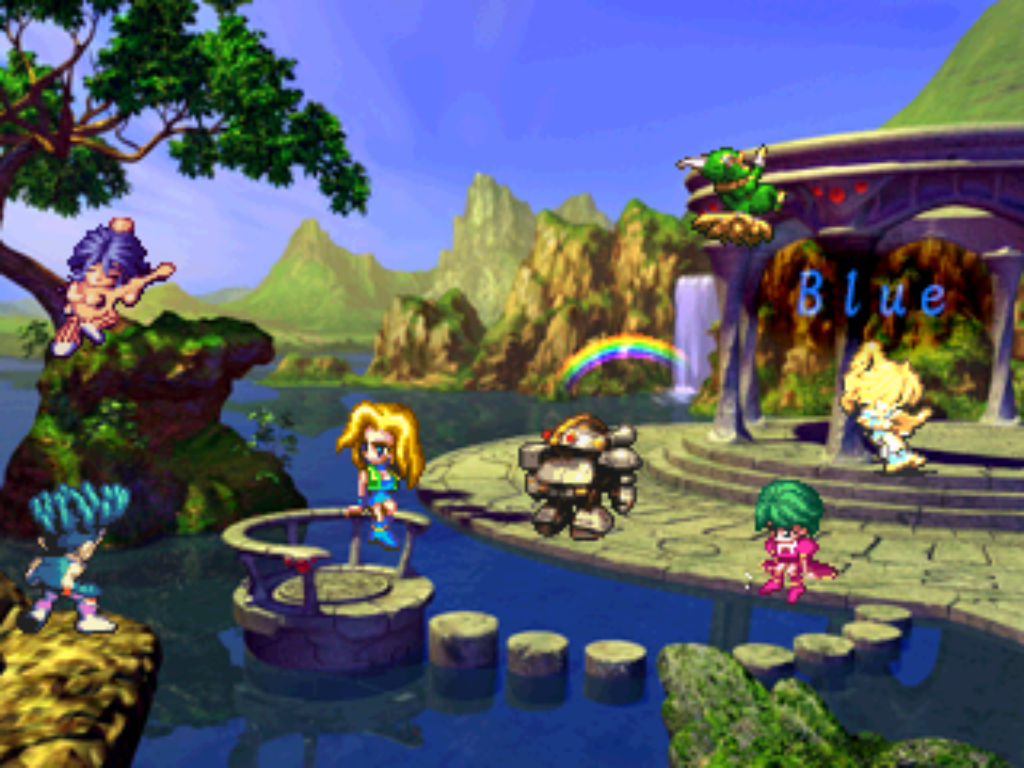 Not all stories were developed equally

In theory, this allows you to experience the world and character of SaGa Frontier from multiple angles. In practice, these are mostly cliched stories with no room to grow into anything interesting. Ironically, that may be less due to the writer's skills and more due to budget concerns.

You see, there were actually eight planned stories, but the eighth was cut due to budget concerns. However, that's not the only thing that was butchered in development. Two characters have stories that conclude suddenly, and Lute, the character who is supposed to tie everything together, has barely any narrative to speak-off.

Ultimately, each character's path boils down to collecting characters and doing the exact same sidequests as the rest. The only difference being the opening narrative, the main characters, and the opening chapters

"I don't want him to commit any more crimes. Even in his madness, I still consider him a friend"

While SaGa Frontier's lacking story may be augmented and developed through the layer's imagination, there is, unfortunately, no such player input regarding its opaque gameplay and progression mechanics.

Let's be clear, the combat in the game is excellent. There are a lot of skills, magic trees, and the five party members can do some spectacular combo moves in potentially challenging battles. However, getting into battle-worthy shape may be a little random and tricky.

Like any SaGa game, the game forgoes Levels and exp in exchange for random stat bonuses after battling, random acquiring of skill, and a significant need for grinding. Besides being an unpredictable progression system, the non-linear nature of the game creates a constant sense of unease at being underpowered in any given area. 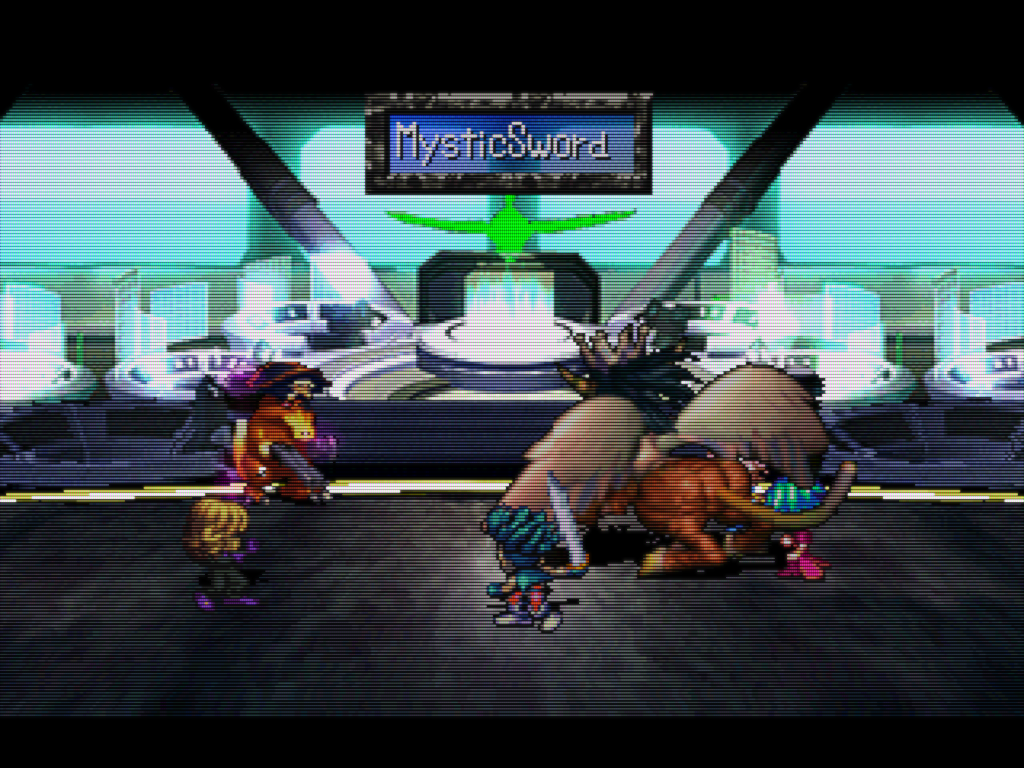 Battling can have both random consequences and random results

As a result, it is rare for the player to match the power-level of the area, and combat ranges from absurdly easy to brutally unfair. This sometimes happens in the same area, where a brutal enemy casually appears within a set of normal foes just to clean you out.

The level of opaqueness is increased in this game with the addition of three other races, each of which progresses in a unique and equally mysterious way. For me, the only way to feels safe in the game was to grind like crazy, and with a group of 15 characters developing randomly, that's a hell of a lot of grinding.

"It was the only way to save your life. I had to make you a Hero"

Let's say you studied the complex growth mechanics and random nature of progression, and you mastered the game's excellent battle system and had the perfect level for each area of the game. At that point, you would be primed to get the best out of the game.

Here is where SaGa Frontier fails to live up to its premise.

While theoretically having seven different stories, each story tasks with nearly going through the same sidequests and dungeons. Of course, each playthrough is slightly different because of the large cast of potential supporting characters. However, these characters differ in small ways and bring very little change to the table. 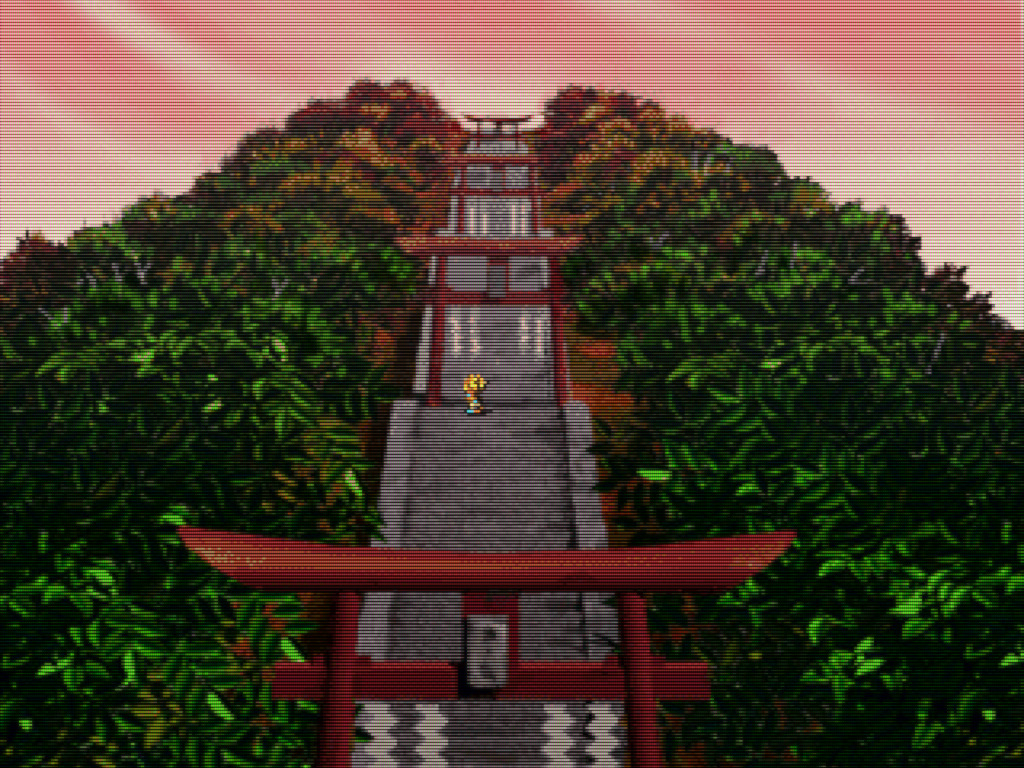 Wait a minute, what am I doing here?

More varying is the choice of Magic school you focus on in each playthrough, which opens up different quests. Yet, generally, in order to level-up enough to fight the final boss, you are recommended to go through all magic quests even if you are planning to focus on only a few.

I believe that the sense of first discovery and playing the game blindly is the best way to enjoy the game. Guides can simply spoil things and expose how shallow and predictable the game actually is. Instead, the player who is super-patient and willing to enjoy the game's opaque mechanics and sense of direction is the one who is going to get the most out of it.

"Ladies, this isn't a movie. It's the real thing"

Usually, I would sing unqualified praises for sprite visuals in most PS1 games, but that cannot be the case here. While it looks great at times, there are just too many weird visual choices in the game for me to ignore.

For instance, from a technical and visual perspective, the graphics in the latest SNES Romancing SaGa is significantly better. In contrast, the weird mushy sprites against the static 3D background are lacking. This is not the same block (but charming) nightmare that is Final Fantasy VII but it is not much better.

The closes game visually is Star Ocean 2 and that game looks much better. Although special credit should be given to the varied design of the game's many cities. 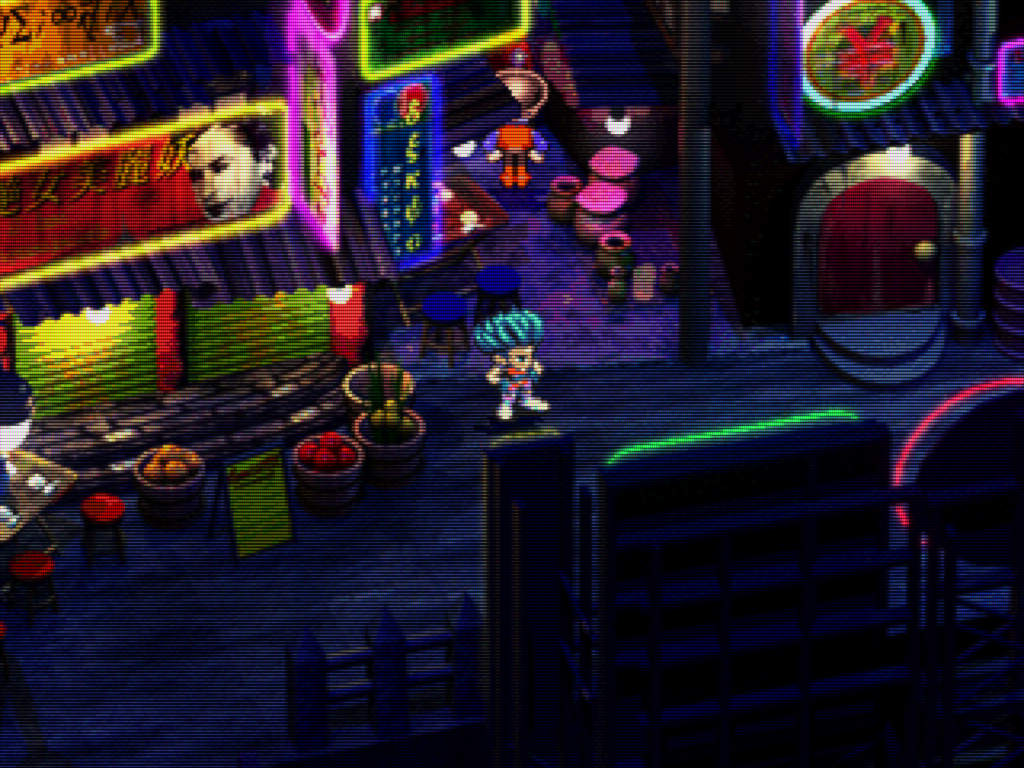 The best thing about the game's locations is the variety

It's worth noting that the upgraded visuals in the upcoming Remastered version actually make things worse. The low res graphics add some much-needed charm (like a layer of vaseline) to graphics that would look ugly, inconsistent, and cheap if they were upgraded.

On the other hand, the game's soundtrack is very good as is expected from the Squaresoft sound team. Kenji Ito is not as famous or accomplished as other Square composers, but his energetic and modern jazzy tunes work well for the game.

Too bad I was being too stressed by the game to enjoy the music.

When the best way to enjoy a game is to power through the mysteries of its mechanics and the weaknesses of its direction, then that's not the mark of a great game. Yet many love that aspect about it.

True, SaGa Frontier is widely ambitious in its world design and scope, but that ambition has clearly taxed the developers greatly, with much missing content and haphazardly designed quests.

On top of all of that, the game carries the same unpredictable curse that is the SaGa growth system, which to me, simply subtracts from any game that features it. 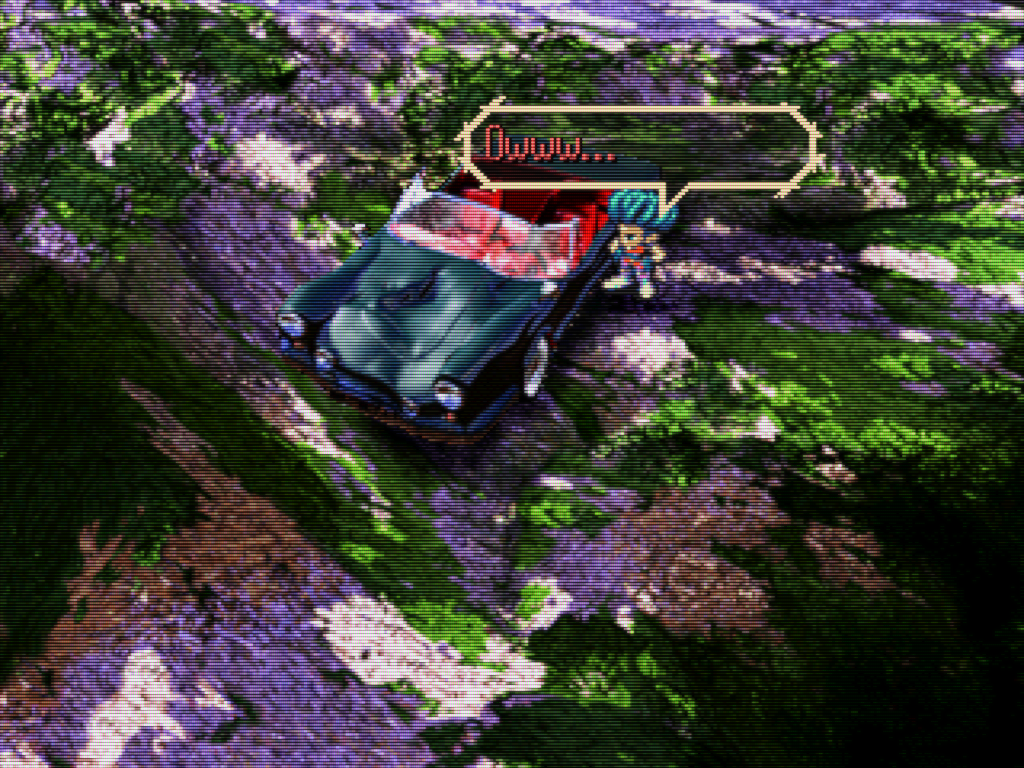 1-Pick Red's quest first.
2-Developing monsters can be a gamble.
3-Consult a mechanics guide to figure some things out. 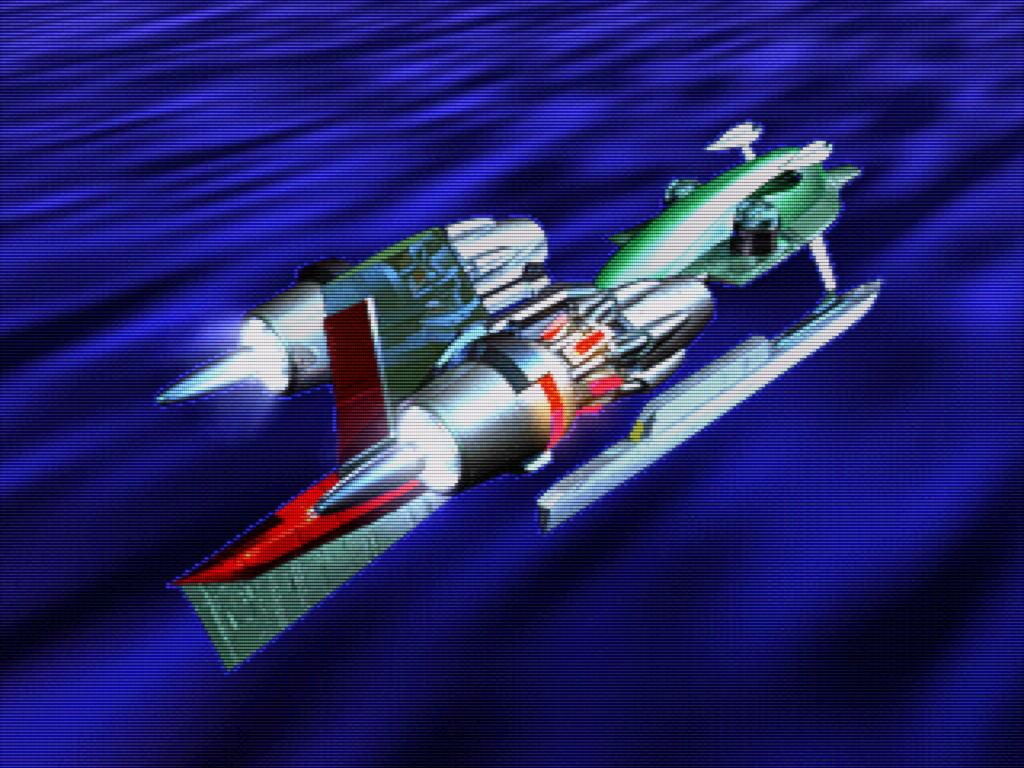 This is how to travel from city to city 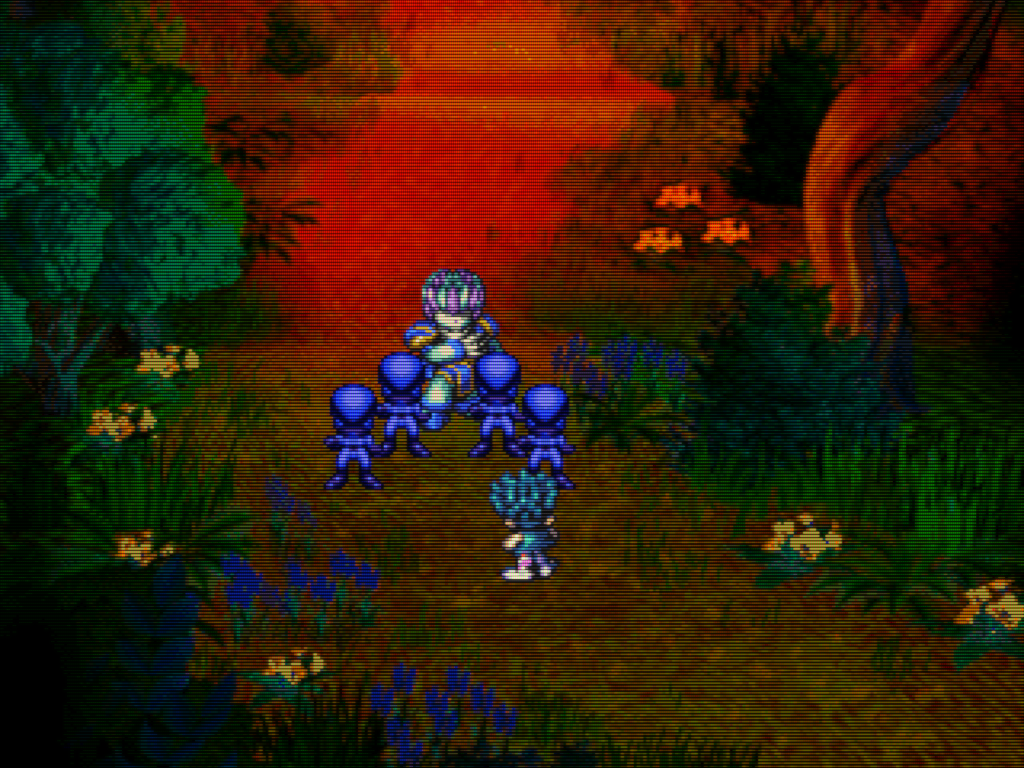 Not all sprites are made equal

At this stage, I should be extremely confident that I simply cannot appreciate the chaotically weird style and mechanics of the SaGa series. After all, I was more stressed playing SaGa Frontier than relaxed.

Yet, perhaps due to some hidden masochistic desire in me, I will try to play the sequel, which is considered to have fixed much of the first game's flaws. However, I am not going to spend much time with it if I find it as stressful as the first. In that case, I am moving back to reviewing the main PS1 Reviews list, going back to Klonoa at number 68.