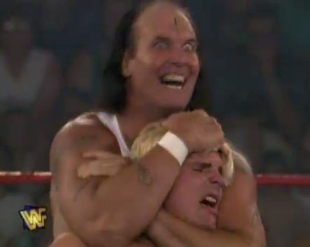 As an adult, I don't take days off from work unless I'm absolutely sick. It's because I believe in showing up when expected to, taking responsibility as an adult and ensuring that others don't have to put more work out and suffer for my absenteeism. incidentally, I know what the latter is like, and it's about as fun as being trapped in the car with my roommates while they blast Pitbull and Flow Rider until I go deaf and numb inside. It's also, of course, out of abject fear.  The last time I called off of work just because, I was 21 and working at my last of three Burger King gigs. Of course I was so damn nervous on the phone that the manager on the phone saw through it, and the next day she gave me so much shit for it. I hate fast food jobs and that woman was a cunt.

Anyway, school, on the other hand, was a very different story. I missed a lot of days. I still remember that, in the last year of school, you were only allowed to miss 30 days total. I missed 31. I was super-grateful they didn't penalize me or my family in any way for it; though I had more than enough school for a lifetime, I still wanted to graduate, at least. Not to misunderstand, I was a decent student, I just missed school a lot. The days I missed were determined by my mother, who'd write the appropriate excuse and let me have a play day. My role models were not very good people. Still, little kid and teenage me sure wouldn't complain. After all, he's the one that wanted off in the first place.

In spite of my many days off, I never skipped specifically for one game. I had plenty of time off after school and during summers to play what I wanted to. Largely, though I didn't entirely hate school (and my grades were often a fair if unremarkable mix, with plenty enough A's and Bs, and occasional Cs and Ds), it wasn't exactly a love affair either. So sticking around and playing whatever game was the big thing at the time was always tempting. Which... isn't that playing hooky to play a game anyway? Is this negating my point? Well, whatever.

I never took a day off specifically to play a game.  Which made it puzzling when, in 12th grade, a fellow classmate suggested I was going to skip two days to play through The Legend of Zelda: Wind Waker. Of course, this kid was an asshole that seemed to live just to antagonize me. To clarify: the kid is Hindu and wore a turban, and others told me later he was probably bullied a lot in the school he went to (to clarify, we were in a vocational school off to the side, which is how we went to the same class in spite of coming from different schools), and he was probably blowing off some steam by returning the favor elsewhere. Nevertheless, he was a colossal dickface, talking shit all the time, refusing to leave me alone when I was doing classwork, and trying to trip me all the time (which never worked, but always annoyed me). Then one time he tried tripping me and I yelled something at him in front of the class, including the teacher, that I'll not repeat here because it's honestly not very nice. I'll just say I got in no trouble for it in 10th grade, in 2001, but in 2017 I'd probably be arrested for terroristic threats. Nothing racist (in case you were really wondering), but definitely something hostile. Only shut him up for a couple days, but at least he never tried tripping me again.

It was true though, I was really looking forward to Wind Waker. I still remember when my vo-tech friends and I were watching the first revealed footage and it looked like this:

I recall all of us seeing early footage and thinking it looked TERRIBLE. The enemies looked doofy, some of the animations were way too exaggerated, and overall it was visually an eyesore. We collectively thought that Nintendo finally shit the bed. Then a year later more footage was shown, the visuals got worked on heavily, it looked like something out of a gorgeous Disney animated film and we ate crow until we were full and stuffed. I pre-ordered for the demo and Ocarina of Time collection, and with nothing better to do I finally beat Ocarina of Time for the first time; incidentally, it was the Master Quest version that I completed, likely in part because I played the original OoT a LOT in spite of never finishing it, and wanted a fresh take on it. A fresh take Master Quest was not, but it was still a solid take on a classic game.

Finally, the game was released, and I got my fat fingers on it. I was obsessed, playing it until the wee hours of the morning, and set myself up to get a couple hours of sleep before heading back to school. Which, granted, was no unique occurrence for me. Even as a little kid, I'd tend to be up all night, get a couple hours of sleep or less, and go to school just fine. This also gave me a lot more time to finish the games I really wanted to wrap my brain and gaming reflexes around. Even now, talking about this blog brings back fond, tingly feelings and memories about the time I barely beat Metal Gear Solid 2 with enough space to sleep, wake up and do that morning school bus thing.

In the end, my two hours of sleep became four, my alarm did not wake me, and I missed my bus and was late for school. And I knew I was dead.

I can't say my mother or my father(s) never laid a hand on me, but I can say it didn't happen often, and I was luckier than most in that regard. Not that it mattered. When my mother was angry, she got that look in her eyes and she started screaming, I knew to be scared. And I was never spared her wrath when I was late for school, ever. I knew I was fucked. Which is why I was all nerves as I woke her up, informed her I was late for school, and she... told me it was okay and I could have the day off. Which... what? I thought I screwed the pooch. But I don't know if it was the Gods that were merciful on that day, or just her. Either way, I had an entire day off to keep adventuring as Link, sailing ships, clearing dungeons, and waking winds. I took full advantage, doing little else from the moment I woke up until the moment I went back to sleep... and GODDAMNIT I OVERSLEPT AGAIN.

I never took off two days in a row. It was kinda an unwritten rule. So again I thought I was headed to meet my maker, and again my mom was super-cool with it and let me have another day off.I think she realized I was just having fun and didn't want to piss in my cornflakes for a change. That, and I think she let me get away with just a little more as I got older in general. The REAL net positive: in those three days I got to get acquainted with the most badass Princess Zelda ever, meet an actual King of Hyrule, participate in some of the best combat in the series ever and the absolute worst treasure hunt of all time, fight Ganon as a giant creepy ominous fucking spider, actually have Zelda offer a hand in the final boss fight, and add Wind Waker to the list of games I've cleared. It wasn't a perfect game but I had an absolute blast.

Then I had to face reality the next day and admitted that the kid was spot-on, as accidental as it was. Not missing a beat, he went 'Teacher, Lawman skipped two days of school to play a game!' and I replied 'I DID NOT!'. That kid really was a dick.