Fatal Frame II: Crimson Butterfly (AKA Project Zero II) is a survival-horror game developed and published by Tecmo for the PS2 in 2003-2004 and for Xbox in 2004-2005. It was later remade as Project Zero 2: Wii Edition for the...Wii in 2012. The story concerns a pair of twins, Mio and Mayu, who revisit one of their childhood playgrounds on a trip. But their visit is interrupted as Mayu follows a red butterfly deep into the woods, where the twins find a lost village. Mayu soon becomes possessed by the spirits haunting the village, so it's up to Mio to traverse the village and fight ghosts using the Camera Obscura in order to save her sister. 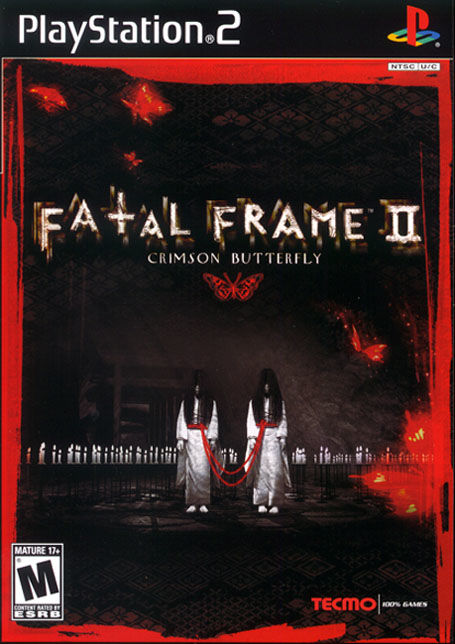 The devil is in the details, as the focus has shifted in certain places. The game doesn't put you through the story of the area in reverse chronoloical order as much this time and instead opts to explore a bunch of nearly simultaneous events in each chapter. It's then up to the player to puzzle out the chain of events using cutscenes, letters, voice recordings sealed in magical rocks and a much-needed lore list that expands as you play and catch ghosts.

Even with the ghosts being more easily identifiable this time around, the story is still very complex, as there are about 5 sets of twins in the story to keep track of, which wouldn't be so hard if their names weren't so similar. The main part of the story isn't difficult to follow, but to truly understand the whole thing, you'd have to replay the game, which is very much intented.

Overall, I think I prefer this story over the first game's, as Mayu plays a much larger role in the story and isn't absent for most of it like Mafuyu. Mio is about as bland as Miku was, but at least she emotes a bit more when chasing after Mayu. 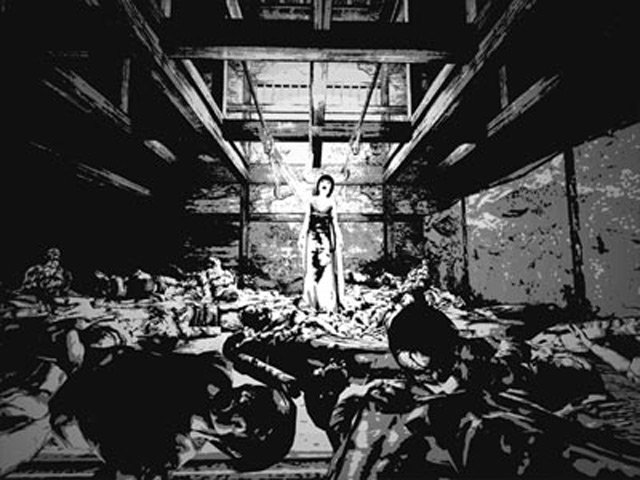 The combat has recieved quite a few changes, the most evident of which is how much less harsh it is. Ghosts deal much less damage and healing items are abundant, making the game a lot easier to get through, even on higher difficulties. You're even given an infinite supply of crappy film, meaning you can no longer run out. These changes do diminish the survival aspects of the game, but it remains enjoyable, since the combat system is so good.

The basics of framing and shooting remains the same, but there are some interesting changes. There's no 180 quick-turn button anymore (you have to rely on the speed-up button instead) and film has a recharge time, making it more important to aim correctly. Reinforcing this notion is the removal of charge time (damage is now determined by distance) and the increased difficulty of the ghost movesets.

So while you're allowed to take a lot of damage, you still need to understand how each ghost works so that you can nail them with a Zero Shot, as shooting them when they're merely vulnerable deals very little damage. Better yet is to go for the ghost's Fatal Frame, which is their most vulnerable state which opens them up to a three-hit combo. Mastering all this takes some time, but is very satisfying. Especially if you try your hand at Mission Mode after beating the game.

The special functions have been buffed a lot, as instead of needing a rare resource, you simply charge up a spirit gauge by battling and use that to fuel the special functions. As such, I actually used the damn things, making combat that much deeper. Though I have to file a complaint against them still, as the special functions that deal extra damage are so much better than the support functions that help you track and slow down ghosts. Simply learning their patterns and almost insta-killing them with a boosted attack is much more efficient, though I suppose the support functions are there more as a learning tool and a crutch for difficult ghosts. 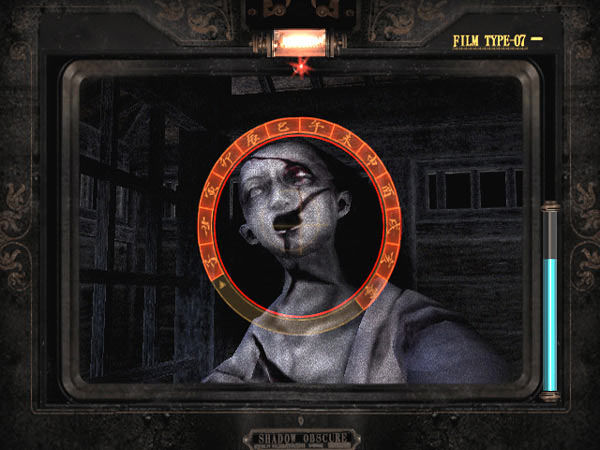 Speaking of ghosts, the way you face them has been changed up a bit as well, with multi-ghost encounters being common right from the start, which threw me for a loop coming from the first game, where such encounters are quite rare. Those ghosts are thankfully balanced to be easier than the lone ones, but they still require you to adapt to a different approach.

There being so many weak ghosts does kinda undermine the fear-factor however, as they simply don't hold a candle to a lot of the ghosts of the first game. A part of this is probably me adjusting to the series' style of horror, but I think this game focuses more on the story over trying to give each ghost enough presence to really make you fear them. I think there was an effort made to cut down on the amount of random encounters, making it easier to guess when one will pop out as the story progresses. But it could just be the more linear level design and reduced backtracking doing its work.

It Takes A Village To Haze A Child

The big change-up to the setting exhanges a mansion for a whole village. Or rather, a group of mansions of varying sizes connected by some roads. The end result isn't that different, but every location is distinct enough thanks to what each chapter focuses on, so I found it easier to navigate. The only time I felt lost was when I was hunting for a ghost in a large area and couldn't parse her hiding spot as a place to hide.

Now, ignoring that section, the game is easy to navigate as long as you're not trying to go for all of the optional ghost photos. I didn't try it in the first game, but in this one I did and the game designers are downright cruel. Even if you know when during what chapter they show up, some are just barely possible within the given timeframe and a few are grouped in such a way that you're better off going for one and saving the others for another playthrough. Two are even exclusive to eachother, meaning even if hard mode didn't unlock new ghosts, it'd still take one and a half playthroughs to get all of them. 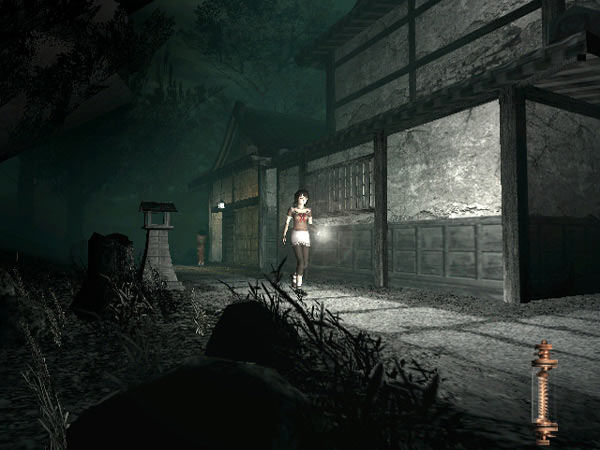 These ghosts are so obtuse and hard to catch that I think it'd take me 5+ playthroughs of scraping every area every chapter to get them all without a guide. I get wanting players to replay the game, as it is easy to replay and offers costumes and new powers as you make your way through the difficulties. But good god did it need a chapter select that tells you how many ghosts you have left to catch.