Quick disclaimer. I get paid to write for Nintendo Force, but I honstly don't know how much because I don't want to think about it. Writing for money is stressful, almost like... a job. Noooo thaaaaanks to that!

Trust me folks, I have enough stress in my regular life. I want to keep everything in my videogame world, including writing about videogames, as stress free and fun as possible. So I try to keep it light. And on top of all that, even if I knew how much I was getting paid by Nintendo Force, I know that the amount I get paid has no relationship to how many readers we have. So I will make no or less money if you buy the next issue of Nintendo Force. The only reason I wanted to do this Cblog is... I love this issue so much, you guys. Seriously, I look at the preivew pages of it every day and smile. And its not just me. My wife was just looking at them tonight, while listening to Henrey Rollins talk about how much he loves Rupaul in the background, and smiling her ass off.

I assumed she was smiling about Rollins, but nope, it was the Smooth Jazz Waluigis that got her this time. She's generally not a fan of my writing, but this time, the subject of my words was too much and she couldn't help herself. 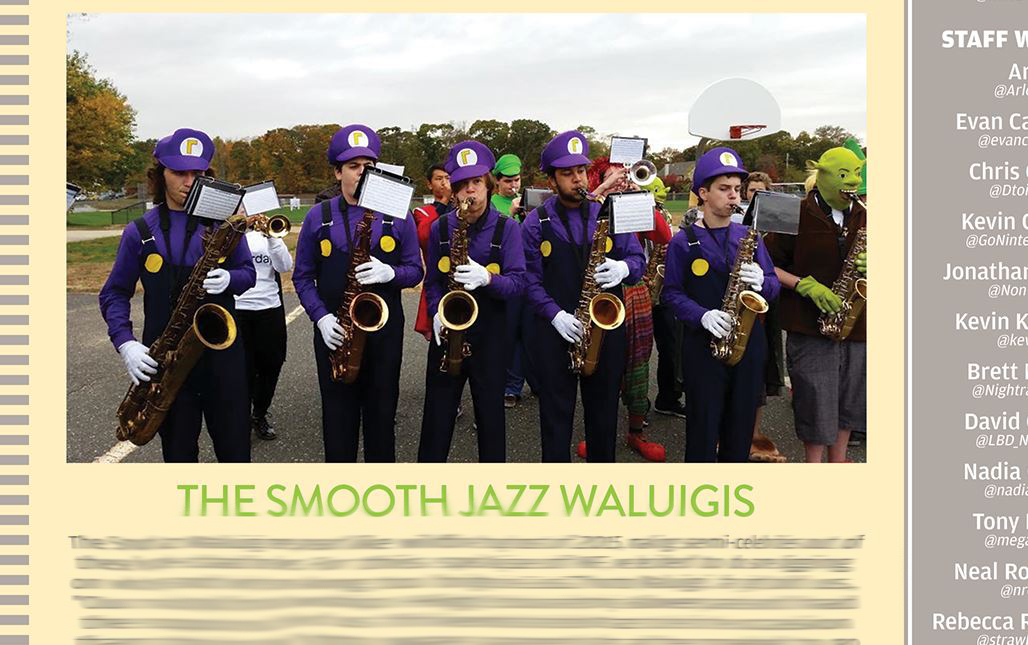 I had to blur out the text, but trust me, this is for real. I got to interview three out of the five Smooth Jazz Waluigis in an actual print magazine. I did what every otehr member of the gaming press can only dream of doing. Tracking them down and getting comment from them is definitely a new higlight in my career in journalizing.

That's really just the start of all the Waluigi we managed to pack into this issue. Despite the fact that he isn't playable in Smash, doesn't have any new games out other than the new Mario Party (I guess), we still managed to fill over 25 of the mag's 84-ish pages with something Waluigi related. There's a timeline of his life, including a proto version of him that appeared in a manga that was approved of, but not created by, Nintendo, an interview with his creators at Camelot, a 2-page debate about if he should be in Smash or not, and so much more.

And the creator of Wandersong made art for him too, and it just may be my favorite version of Waluigi of all time, official or not.

On top of all that, at least one of these devs has told me that they may try to sneak Waluigi into their game in a secret room in a update. The general rule of thumb with Nintendo is, if you sneak a "parody" of one of their characters into your game but don't publicize very much or try to market the game on it, they often let it slide. See Death Road to Canada and Retro City Rampage. But I digress.

We also wrote about a bunch of non-Waluigi related stuff this issue. Dtoid's own Chris Carter wrote some really smart and fun reviews (as usual) and Dtoid alumni Tony Ponce dug in deep with both official and fan-made games. Like for instance, did you know that a fan made a game about a sailing Waluigi, got a cease and desist by Nintendo, then changed the art to make Waluigi a pirate named Wally? I sure didn't! 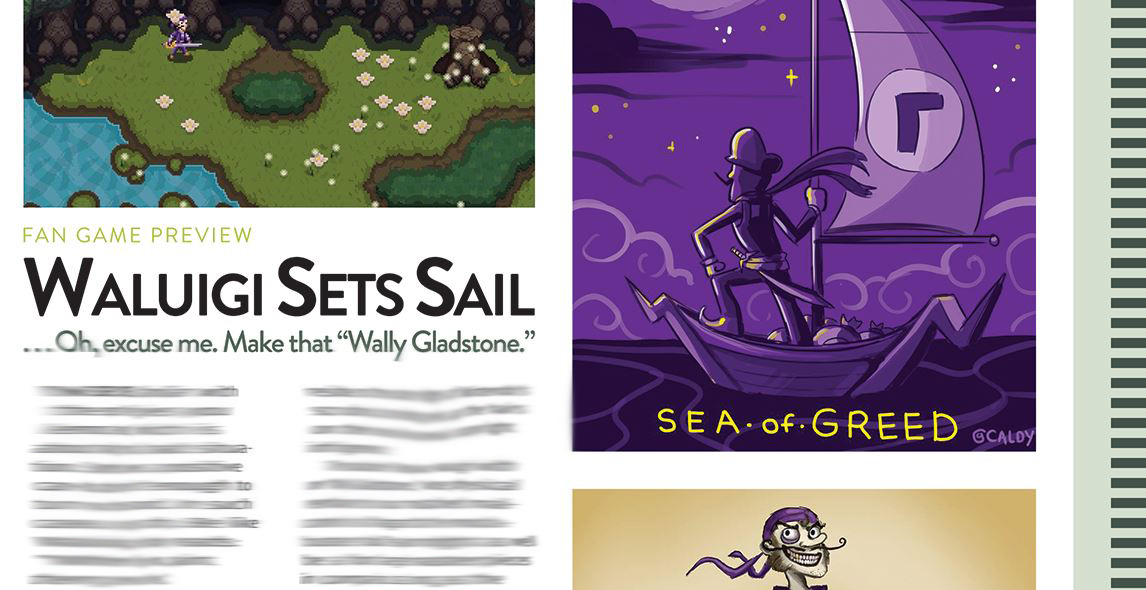 This other, unaltered Waluigi game wasn't as new to me, but it's still awesome to see screenshots of it in print. Seeing as Nintendo Force is a "fan sequel" to Nintendo Power (at least in my opinion), it always feels right to me when we cover fan games that take a similar tact towards doing what Nintendon't. 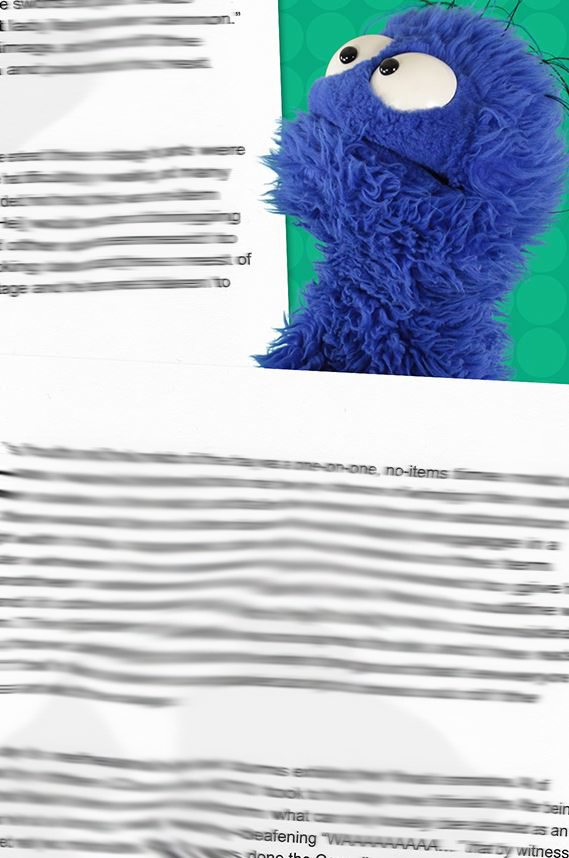 And interviewed staff artist Matthew Taranto about his book "Waluigi Time", his comic strip Brawl in the Family, his Waluigi music videos, and a bunch of other stuff. 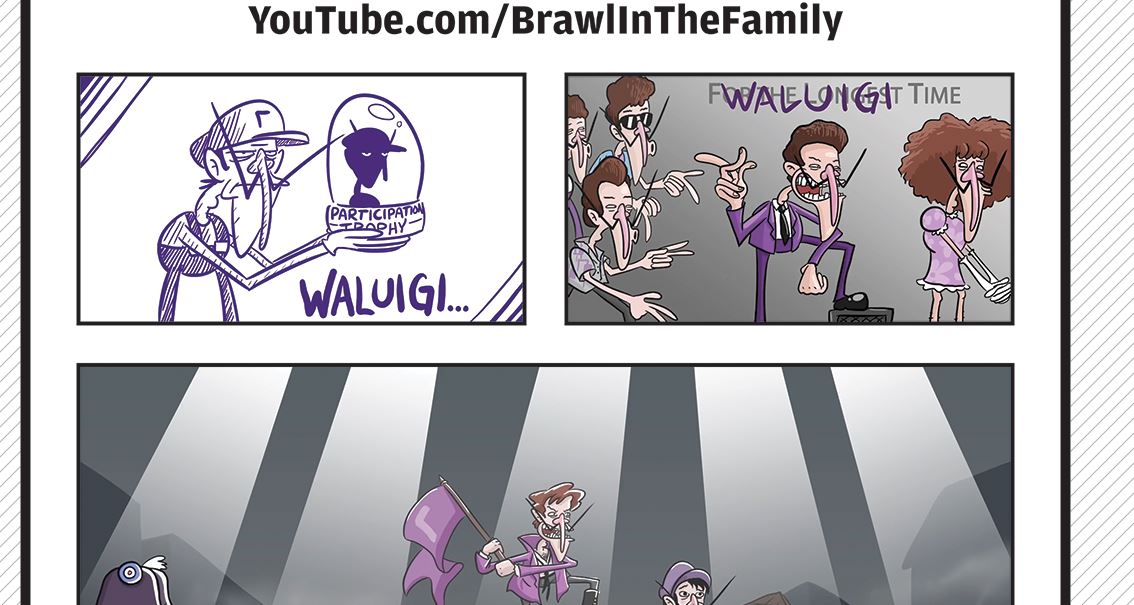 And this back cover! JUST LOOK AT IT! IT'S SO GLORIOUS AND THIS IS ONLY LIKE ONE THIRD OF THE FULL IMAGE!! 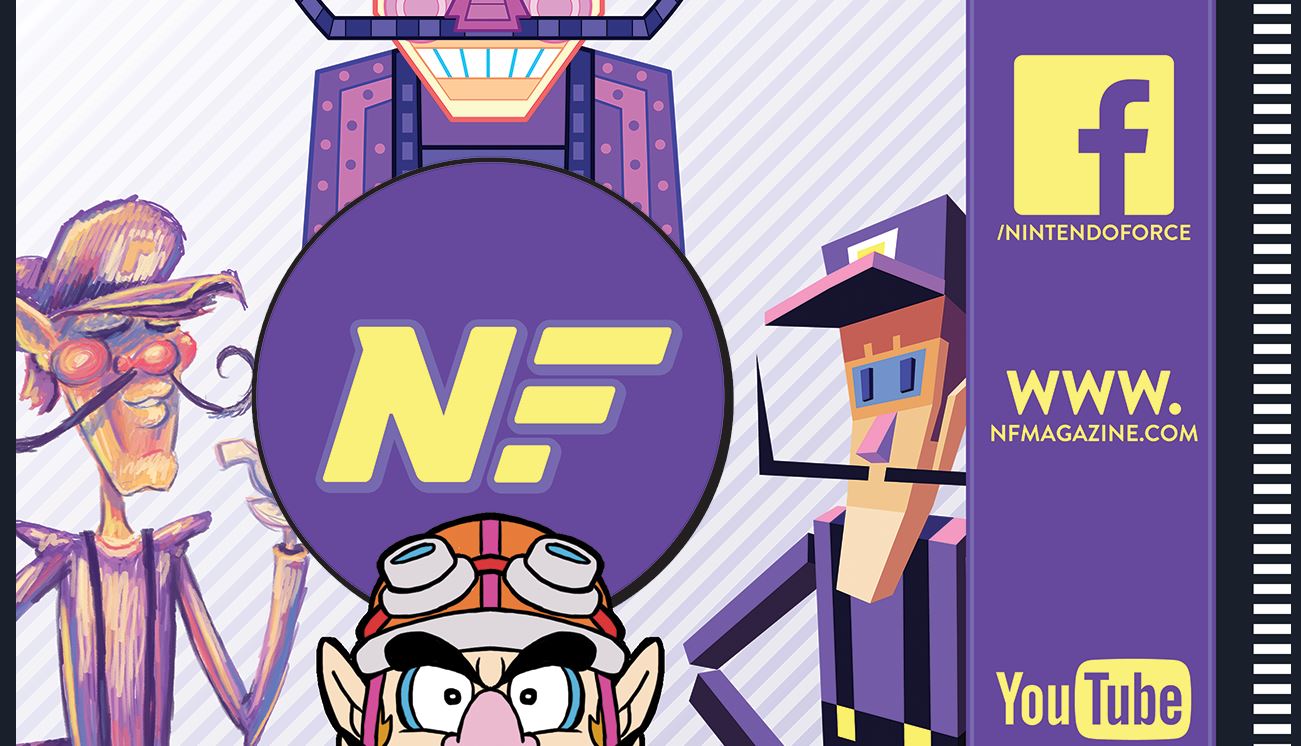 So yes, I am very happy to be a part of this magazine, and I wanted all of you to know about it before pre-sales for it end on August 19th. Every issue also comes with a free poster and blah blah blah, but the real thing to know is the magazine is only $4.99 (in print, with shipping included, and no ads) for US customers when you get it on Patreon ahead of time. If you buy it later on the main Nintendo Force website, it's a good amount more, for reasons I don't want to know and don't want to know. Money, jobs, stress. NO THANKS!

But if you want to know more, look here.