Later, mankind theorised that the entirety of Super Mario Bros 3. was actually a stage play.

And now, I have unearthed the next “it was there all along” revelation of the Mario universe; Toad is Middle Eastern. Sort of, I mean, he’s not from the actual Middle East or Arab or anything, he’s a mushroom, but just roll with me here. 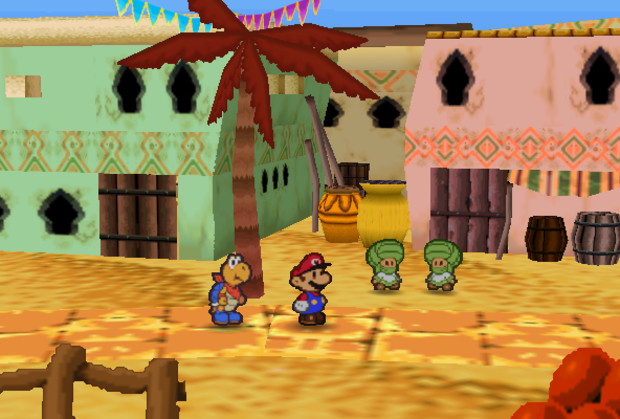 Am I the only one seeing this!? What about the Dryites from Paper Mario? What about the pyramids that appear in so many levels? Are Shy Guys supposed to be female Toads in burkas!? Okay, no, that one was stupid, but you can’t deny the irrefutable evidence that Toad, and evidently, much of the Mushroom Kingdom, are thematically and allegorically Arabic.
Login to vote this up!