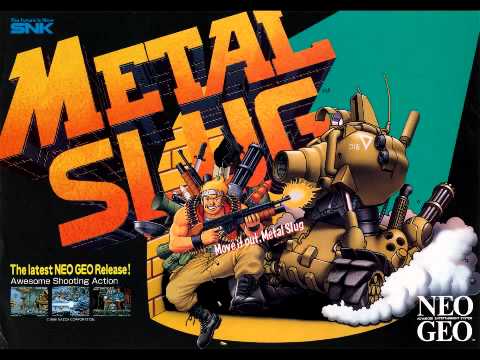 The 90s were a time when action packed run and gun games were a big hit. Everybody knows about the classic Contra series that debuted in arcades in 1987 and followed up with the more notable NES release in 1988. The series had many sequels throughout the years and continues to be one of the best and most difficult run and gun games in gaming. However, there’s another not-so-well known run and gun series that has continued releasing and re-releasing its games throughout the years on a variety of consoles and mobile devices that you might have recently started hearing about, and you’ll be surprised to know that this series was an underground success in the gaming industry all while Contra was taking center stage and causing players to input that famous “code” in order to survive long enough to beat the game. This is a look back at “that other” run and gun series, Metal Slug. 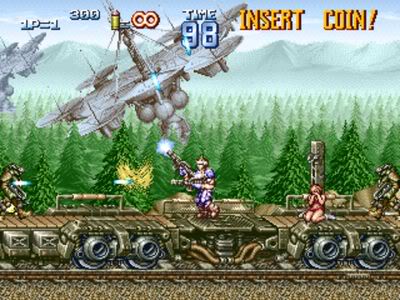 While the series may have started on April 19, 1996, some of the members of the team actually started at Irem with a game called GunForce II (Also known as Geo Storm in Japan) which was released in September 1994. The game looked and played very similar to the first Metal Slug, featuring some of the same sound effects you would hear in Metal Slug, and even the music style was very similar as well. In terms of gameplay it was the same run and gun action where you could ride a variety of different vehicles, shooting at a variety of soldiers and aliens, and you were even saving female POW’s much like Metal Slugs male POW’s. The only difference here was that the POW’s of GunForce II did not provide you with power ups when saved. Another pretty major difference was the graphic style used to create the visuals of the game was different, almost stylized for a more western audience. After the games development, members of Irem moved on to form Nazca Corporation and develop what would soon be an unforgettable series of games, Metal Slug.

Metal Slug is a combination of different elements taken from not only GunForce II, but another game by Irem called In The Hunt. The art direction for Metal Slug was influenced by works done by Hayao Miyazaki (co-founder of Studio Ghibli). The gameplay was originally going to be the opposite of what it is today. Instead, you were driving the tank through the entire level, the atmosphere was much darker, and gameplay was much slower paced. SNK, the publisher, suggested the game be changed so it could appeal to the home audience when ported over to the Neo-Geo AES console. 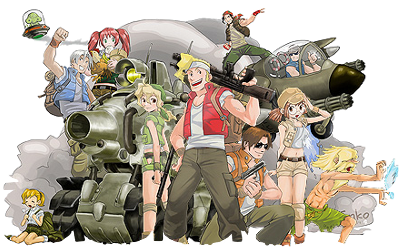 You play as a member of the Peregrine Falcon Squad battling against an army of soldiers led by General Donald Morden to prevent the creation of a New World Order. In future games this turns into a more supernatural issue when General Donald Morden gets captured by aliens and you join forces with the enemy soldiers to help rid of the extraterrestrial threat from world domination (and maybe save the General as well). A recurring sub-boss that also appears in most of the games is Allen O’ Neil. He is a very fast machine gun wielding soldier who can also throw grenades and kill you in close combat with a knife. While you clearly kill him in every game, he always mysteriously comes back for more in the next game. He does take a short break from appearing in Metal Slug 5 and 6, but makes his triumphant return in Metal Slug 7.

The series spans across 7 mainline games, 2 remakes/revisions, and 8 spin-offs. There was also an MMO called Metal Slug Zero Online that was exclusive to the South Korean market in 2009. However according to Dragonfly, the games developer, the overall trend in the gaming industry was not matched for the game to come out in either Japan or the US. Development stopped in the summer of 2009 and the game’s servers ran until 2013, when they finally shut down for good. There is also the Metal Slug Anthology which collects Metal Slug, 2, X, and 3-6 which was first released on the PSP, PS2, and Wii. You can currently play this collection on the PS4. You can also play this collection on the PC in Europe through the Metal Slug Collection PC. As for other territories, Steam carries Metal Slug 1, 2, X, 3, and XX as well as Metal Slug Defense, which is a free to play tower defense style game with $30 worth of DLC available. 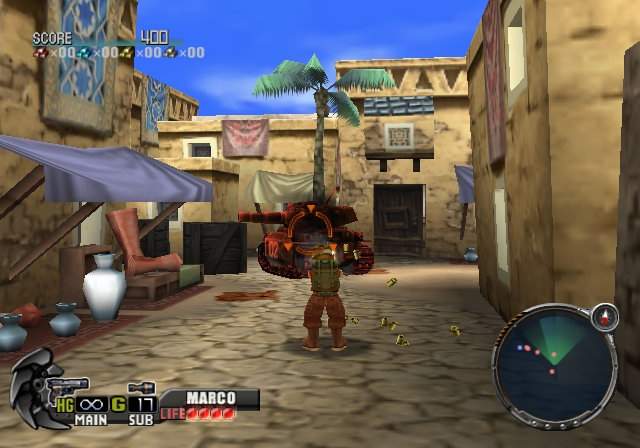 SNK Playmore did try out a 3D rendition of Metal Slug (simply titled Metal Slug) on the PS2 that was only released in Japan. It was an attempt to modernize the gameplay with 360 degree movement, cutscenes between missions, and even voice acting. Both menus and voice acting are in English, which begs the question if this game was in possible planning for a European or even American release? While it may have never happened, you didn’t miss much. The game received mixed reviews and was the only time SNK Playmore took Metal Slug into the 3D realm, as after the game’s release they went on to make Metal Slug 7, bringing the game back to its 2D roots and released exclusively to the Nintendo DS. 1 year later, they revised Metal Slug 7 for the console and Steam releases and renamed it Metal Slug XX. The rest of the spin-off games were mainly handheld only and released for the Neo Geo Pocket Color, GBA, and iOS/Android.

At the start of the series you played as either Marco Rossi or Tarma Roving, depending on whether you played as Player 1 or Player 2. Future games gave you more character options to choose from such as Eri, Fio, Nadia, and Trevor. While there was no difference between the characters, later games provided each character with a unique ability such as a more powerful pistol, able to withstand an extra hit before dying, allowed to throw grenades in any direction, etc. Weapons come in a wide array across all the games, including machine guns, rocket launchers, shotguns, flame throwers, lazer guns, and more. These weapons are provided to you by the various POW’s that are found (and sometimes hidden) throughout the game. They can give you weapons, more grenades, or additional points. Some POW’s will even stay by your side and aid you in battle by throwing fireballs which target the closest enemy to you.

While the series was exclusively released on the Neo Geo AES console and MVS arcade units, it wasn’t so easy to be able to play the games at home. It wasn’t until 2001 when Metal Slug X (the updated version of Metal Slug 2) was released on PS1 in America. Metal Slug 4 and 5 got their own little 2-pack collection in 2005. Finally, in 2007, Metal Slug Anthology was released for the PS2, which contained all the mainline Metal Slug games up to 6. This was in celebration of the series’ 10 year anniversary, and the first time the whole series was available to own for the PS2. It was the easiest and cheapest way to play Metal Slug at home if you weren’t shelling out thousands of dollars collecting the games for the Neo Geo. According to Neo Geo price guides, owning Metal Slug 1-5 (including X) will cost you a grand total of $21,800...USED!! I wish I was exaggerating, but Neo Geo games are NOT cheap, and neither was the AES console, which you had to shell out $650 to own when it first launched in 1990. The console, as well as its games had every reason to be so expensive because it was the only console that allowed you to play perfect arcade ports of SNK games on a home console. Their arcade counterparts for the MVS arcade hardware were slightly cheaper and were still stored in similarly sized cartridges, but required more expensive hardware (basically an entire arcade cabinet) to run. Although there are unofficial converters that will allow you to play the arcade original MVS cartridges on the home AES console, and while it may be only slightly cheaper than buying the AES carts, you’re still paying not-as-many thousands of dollars to own the whole series.

The latest game, which is currently in development, is currently known as “Metal Slug: Code J”. It is an iOS/Android game that is looking to be a remake of previous Metal Slug games with 2.5D graphics. Not much is known about this title other than a reveal trailer. No announcement of release date has yet to be made, nor whether it will (ever) be available on consoles or PC.

So have you ever played any of the Metal Slug games? Was your first experience in the arcade or at home? How would you say they compare to other run and gun games such as Contra? Easier? Harder? I’d love to hear your thoughts!