Full Motion Video (or FMV) games are probably some of the most underrated types of games to ever grace the gaming market. Sure they are mostly very bad and have very limited gameplay to them, but there’s something about the charm and attempt at creating a game using real actors or full motion animation that just makes me smile and fill me with delight. There’s not a lot of notable games out there that I could name, and especially in today’s market the only FMV games that get released are made by indie developers. They were much more popular back in the 80s and 90s, or rather, most FMV games that were made were released during those times.

The compact disc was a huge deal in multimedia technology that storing them with full motion video was the latest and greatest thing you could do to provide content that you couldn’t do with a game cartridge. Although FMV games released on CD were a new thing that made them easily accessible to the home consumer, FMV games date back to the early 80s in arcades. Originally, full motion video was possible on a LaserDisc. Never heard of it? Think of a regular CD but the same size as a vinyl record. LaserDisc, as a medium, wasn’t a popular format (people played movies on VCR’s), but you could probably find one inside an arcade machine playing a game like Dragon’s Lair, Space Ace, or Cliff Hanger. 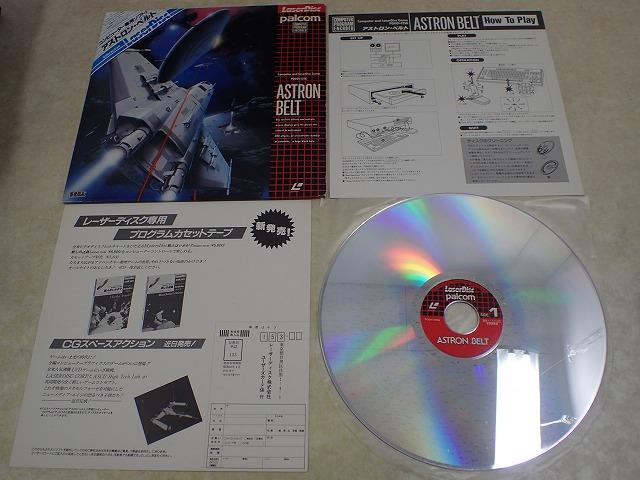 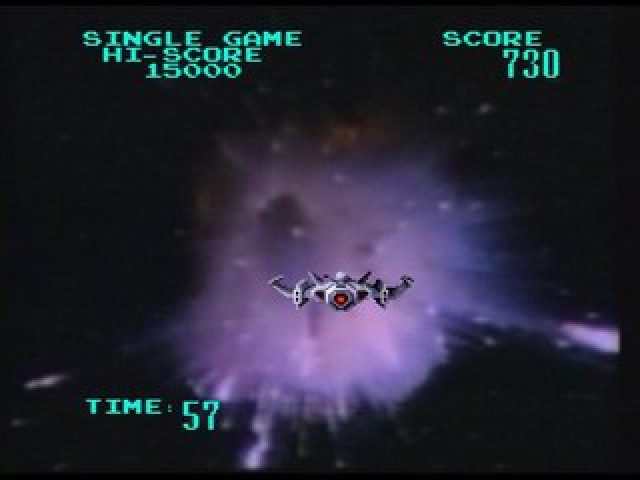 Sega released the first FMV game in 1983 called Astron Belt. The game consisted of two layers of video. The foreground consisted of all the game text, score, and sprites, and the background played various video clips of full motion video to represent the gameplay “environment”. The videos and sprites work together to create the entirety of the game. Back then it was pretty revolutionary, but look at it today and you could see a lot of people just dump it as “very lazy production”. Sure the most effort you could do was the text and sprite work, but this was something that was never done before in any video game of the time.

The way the game played was you controlled a space ship flying through space and shooting enemy ships that flew by. The enemy ships, the explosions, space, it was all full motion video clips taken from 3 science fiction films, namely Star Trek II: The Wrath of Khan, Battle Beyond the Stars, and Message from Space. The films were not credited in the game credits, but I’m sure they were used with permission from Sega. This wasn’t the only game that borrowed clips from actual films. Cliff Hanger (1983), a fully animated interactive game, used various clips from the movie The Castle of Cagliostro and was dubbed in English for the game release. The movie itself didn’t have a proper English release until 1992, making Cliff Hanger the first time anyone saw parts of the film in (improper) English for the first time! As they say today, Astron Belt was way ahead of it’s time. While it wasn’t the cult classic that spawned hundreds of ports on every console in gaming, there was one game that did. 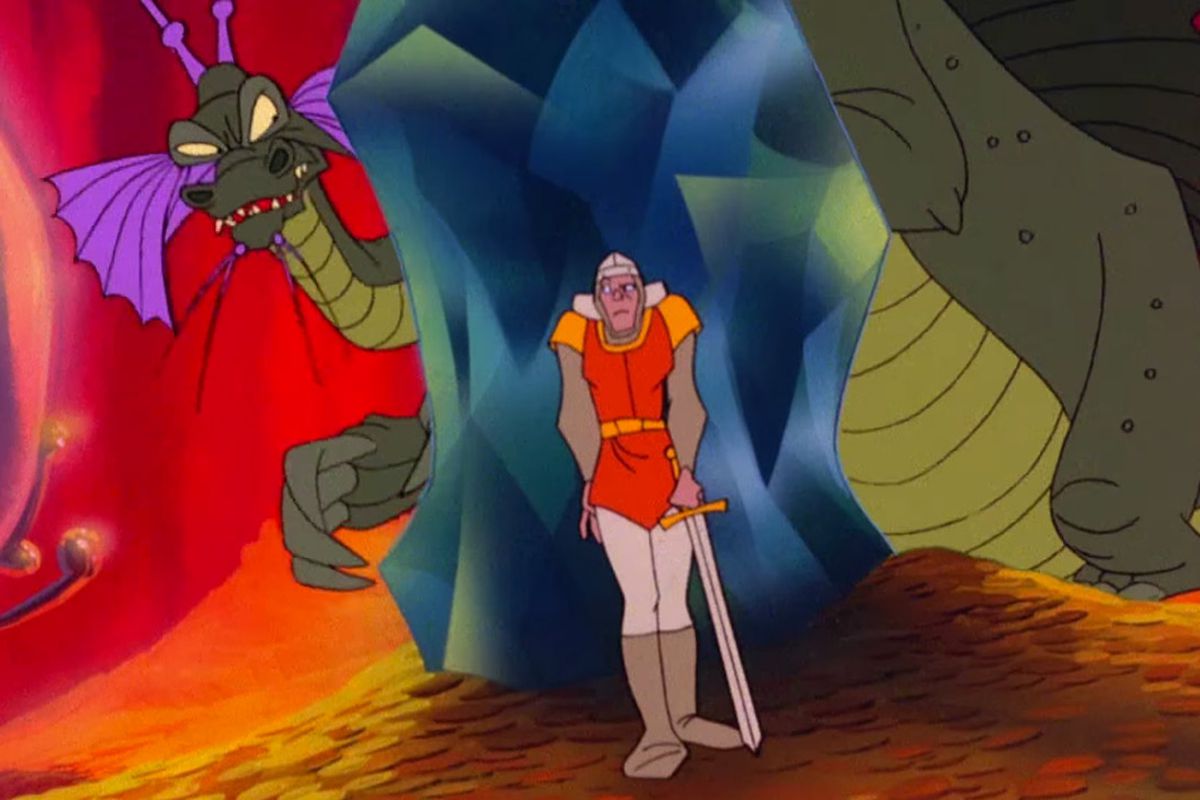 1983 saw the release of Dragon’s Lair, the interactive movie created by Rick Dyer and Don Bluth presented entirely in a series of original animated sequences. The game introduced players to what is today known as QTE’s (Quick Time Events). These QTE’s were very difficult to understand as there was very little direction given to the player as to what direction or button to press during the gameplay. The only clues you get are a sound effect and a flash that highlights an object on screen. On top of the very subtle clues, you only had maybe less than a second to take action before you automatically failed the event. The game pretty much required you to memorize every correct action to take in order to complete the full 12-minute adventure...that’s 143 commands. It sounds intimidating, but it’s very easy when it comes to knowing the correct combinations based on the 27 sequences of animation that you see. The game was so revolutionary it went on to release ports and sequels to just about every console and handheld imaginable. Today you can play Dragon’s Lair on the PS4, Steam, and Nintendo Switch (You can also play the 360 version with Xbox One backwards compatibility).

In the early 90s FMV games saw their way into home consoles with the release of the Sega CD and Philips CD-i. With Compact Disc technology the ability to store full motion video and animation on a much cheaper medium became a reality. While it was now possible to play FMV games at home, it had to suffer the sacrifice of video quality in order to fit everything on the disc. Some games solved this issue by making videos play at a smaller resolution. Others used the magic of green screens to capture only the people and place them in static images. Video compression wasn’t too advanced until the 3DO came out in 1993 and managed to run full motion video in (near) full resolution without much loss in quality. While the Sega CD retailed for $300, the CD-i was priced at $1,000! I’d say the reason being that the Sega CD, not only released a year after the CD-i, but also it was an add-on to the Sega Mega Drive, so it probably required fewer parts to produce.

The Sega CD received the first ever FMV games on home console. The first was called Sewer Shark. The game was an on rails first person shooter where you pilot a ship flying through underground sewers shooting a variety of mutated creatures as you fly through 4 stages of nonstop action. The game was also part-maze adventure where you are given a set of directions to follow in order to progress through the game. Take a wrong turn and you’ll be as good as toast and have to start all over again. 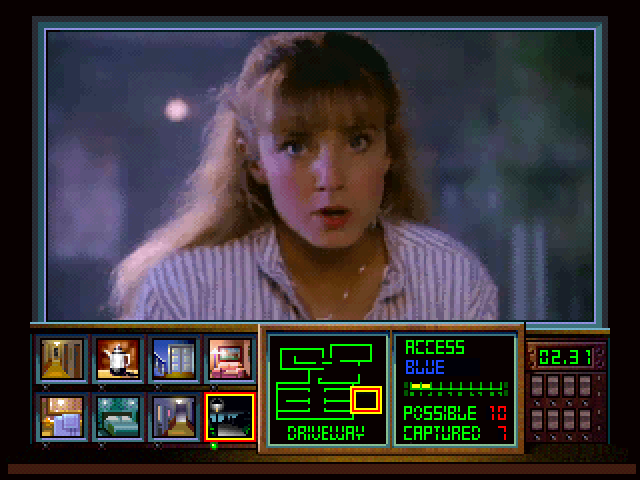 The second game, one that’s a lot more recognized, was Night Trap. The game puts you at the helm of a surveillance camera system where you look after a group of girls staying over at a friends house for a sleepover. Meanwhile, blood sucking “Augers” are roaming around the house and your job is to trap them using the various traps built within the house to protect the girls from being captured. This game lead a huge controversy over violence in video games and against promoting violence against women. The United States Senate held a hearing citing Night Trap (along with Mortal Kombat) and the increasing level of violence that was being included in video games. This resulted in the creation of America’s ESRB (Entertainment Software Rating Board) rating system. Today, nearly 30 years later, American parents still don’t seem to understand the system.

Throughout the early and mid 90s many FMV games were released on home consoles and computers including such favorites as 7th Guest, Myst, Time Gal, Double Switch, Mad Dog McCree, and Who Shot Johnny Rock?. This was as close to reality as you could get in video games back in those days since 3D and VR technology was still very new and still using large polygons to piece together all the models and environments for a game. They were very much related to interactive movies, which is essentially what they were in some cases. They didn’t feature any super Hollywood actors, but they did have such noteworthy names like Corey Haim, Debbie Harry, and Dana Plato.

Years down the line and with 3D becoming more and more like real life, FMV games were not doing very well in terms of quality production. It went hand in hand between overall production value and how many units the games sold were very low. Gamers were all about escaping reality and being a part of a fictional world with bizarre characters and incredible environments. While FMV’s were a cool concept, there was little in terms of actual gameplay compared to standard video games. And with that, people started looking the other way and FMV games just weren’t as ‘great’ anymore. 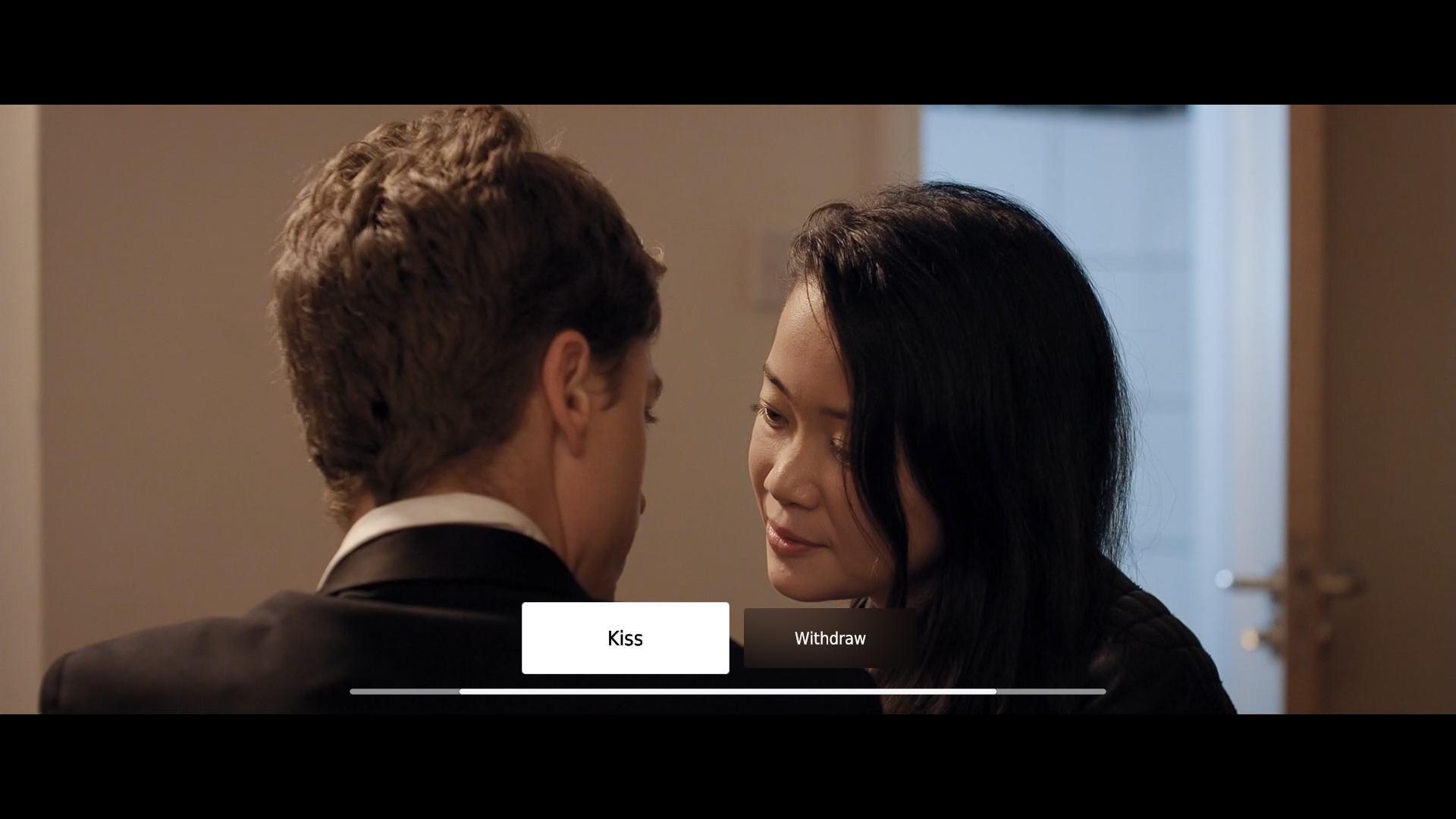 This genre of games is still being developed for, and while they’re not as popular as they used to be, they are still pretty enjoyable. I look back on all the older FMV games and while they may be just cringy and horrible to look at in today’s standards I still find them quite entertaining from a “so bad it’s good” standpoint. Today’s FMV games I find to be pretty enjoyable as well. The cinematography lives up to today’s standards, and even though most of them nowadays are pretty much “make your choice” games, the storylines are still pretty good and still give you that “interactive movie” feel to them.

I’m curious if there’s any FMV games that you might have played? Are there any that stuck out to you as being just simply amazing, and couldn’t have been done better if made entirely without real actors? Do you think with today’s VR technology they could make you feel like you are physically in the environment with the actors and interacting with them and not just simply choosing options?