The invisibility of the older woman... 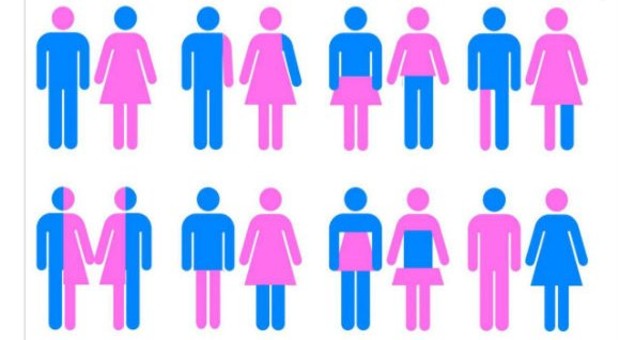 The stories to be told can be more personal and can actually make us think in different ways about reality.  My current reality is dealing with a situation where an elderly man is being physically, emotionally and financially abused by his elderly girlfriend, but almost ALL of the partner abuse information available is specific to women who are abused by men.  It's extremely frustrating to be dealing with a issue where a woman is physically stronger than her aged and ill boyfriend and is able to actually physically and emotionally abuse and control him.  I won't go into details, but this is an exhausting, emotional issue that has evolved into a medical and legal issue.  My point of this brief tale is that video games are the one unique medium where these individual stories can be told.  Abuse is abuse and yet our society almost always sees it as a gender issue of male violence against female victims.  The story is really the same, it's about control.  Physical abuse include hitting, slapping, throwing objects that injure, strangling, restraining, etc.  Emotional abuse includes using fear tactics of suicide or murder, of isolation from family and friends, of making people think it's their fault if they are hit or verbally abused.  Financial abuse includes living off of someone else's income while your own income is used only for yourself.  It includes using their credit cards or selling their stuff without their permission and it involves making them think it's their fault when there is no money.  The stories are the same... but the never-acknowledged reality is that women abuse men, men abuse their same-sex partners and lesbian couples can be quite capable of having an abusive relationship.  Video games have the ability to tell these stories with gender swappable characters, with minor script changes... because regardless of gender, or age or race... the stories are the same.  Maybe after playing such a game, we won't laugh when we see the oft-used movie trope of the wife taking the husband's paycheck and running down to Macy's to buy new clothes.  Maybe we'll be more inclined to look more closely at our gay friend who is involved in a relationship and never sees any of his old friends anymore... and seems fearful and has bruises that he says are from playing sports.  Maybe we'll even look differently at our own actions after playing such a game from varying viewpoints.


Video games have the potential to be more... because of gender swappable characters, not in spite of them.  They have the potential to make the invisible, more visible. While women are usually the victims of rape or abuse by men, they are not the only victims, but these other victims remain invisible. Race, gender, age, weight, sexual orientation... the customizable protagonist opens a world of opportunities for marginalized people to become heroes and for very different types of stories to be told and I think that both gamers and developers need to allow us, the gamers, to be able to tell those stories.  I want to be a gray haired older female protagonist wearing age-inappropriate sexy armour in my heroic stories, even if the reality is that I could probably barely lift a two handed hammer, and that chainmail bikini top couldn't really hold my saggy boobs... because video games don't have to tell stories based in reality, but instead can tell the incredibly unique stories of who we want to be and they can reflect different visions of how our culture and society could be more open.  Customizable protagonists or characters are not irrelevant to video game stories, plots or issues... and gamers themselves need to quit pretending that they are.  As I've said before, it would be wonderful to live in a world where "choice of gender does not affect gameplay".  Video games are so far ahead of the curve that it's just now that our popular culture is even considering the concept that gender can in fact be a "choice".  The random sex we are born with shouldn't determine our gender nor our pre-determined roles in society.   Again, not all games need to have customizable protagonists or characters... but maybe more should, and maybe we gamers need to quit dismissing this wonderfully unique aspect of video games and instead celebrate it.