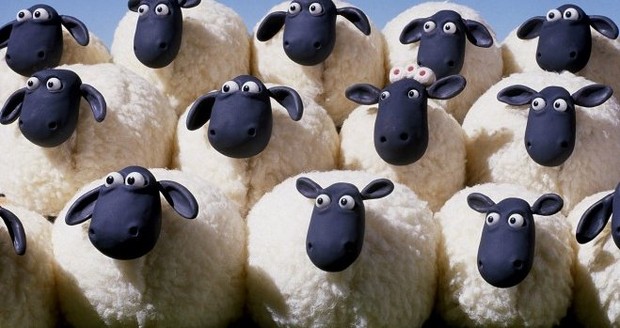 To a large degree we see what we want to see in games.  Better stories, more developed characters... this removes the nebulous clouds, replacing them with sky writing... telling us exactly what we are supposed to see.  It removes the generic escapism inherent to so many larger mainstream games.  Mainstream games aren't the "Death" of gaming... they're the lifeblood of gaming and prioritize the interactive nature of the gameplay over everything else.  You can try to kill Death... but like Dragon's Dogma and like real life, it will always be there, because escapism is part of life, something that needs to be there.  On behalf of my fellow sheeple that love the generic, trope-filled, mindless plots... that love that male and female characters are so bland they can usually be gender swapped, that love the unreality of gaming - don't hate us!  There are lots of games out there... but there's a reason that these generic, escapist games are so popular.  We're just more accepting that you can't ever truly kill Death, because much as Death might be seen as evil, there's a beauty there too.  We need to have escapism - where we can see what we need to see... or not.

... and now I'm off to go kill the two firedrakes in the Everfall for a Bitterblack Isle quest I'm doing.  I've lost this battle several times and it would make a boring movie, but it's an incredibly exciting battle and it's in an area where Death doesn't come calling.  I think my lady Archer might have to switch to the Assassin class and try poison to weaken the dragons... and maybe I'll have to bring some mages with ice powers in addition to my party member who looks just like my husband who is a healer class. I'll have to go through my inventory to find some fire resistant rings and armor and carry some strength-enhancing items... and crap... it's a phone call... hopefully letting me know how my father in law's brain shunt surgery went today.  Real life sucks.
Login to vote this up!